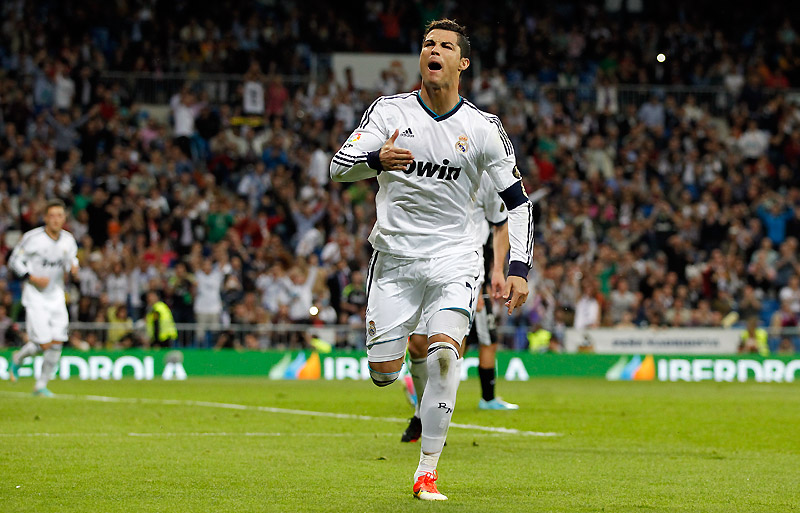 With the goal that made the scoreline 2-1 against Malaga, Cristiano Ronaldo reached 200 goals as a Real Madrid player. He did so in his 197th match for the Whites. The forward’s scoring rate is impressive and he averages more than one goal per match. The Portuguese reached this figure during his fourth season, in which he has already amassed 54 goals. This figure makes him the sixth leading scorer in the club's history and is the player that has taken fewest matches to reach 200 goals.

The progression of Cristiano Ronaldo’s scoring record has not stopped since he joined Real Madrid. His stats for the Whites are the best of his career and he has improved each year. If he stood out in his first season with 33 goals in all competitions, he has made history in the last three, going beyond 50 every year.


In Real Madrid’s 111 year history, only five players have reached 200 goals. Cristiano Ronaldo has added his name to theirs and is the player that has taken the fewest to get there. The Portuguese has achieved the feat in 197 matches, while Puskas, Di Stefano and Hugo Sanchez took 202, 234 and 261, respectively. Raul and Santillana played more than 400 matches before reaching the figure. In the list of Real Madrid’s all-time top scorers the next target for Cristiano Ronaldo is Hugo Sanchez, who made it to 208.