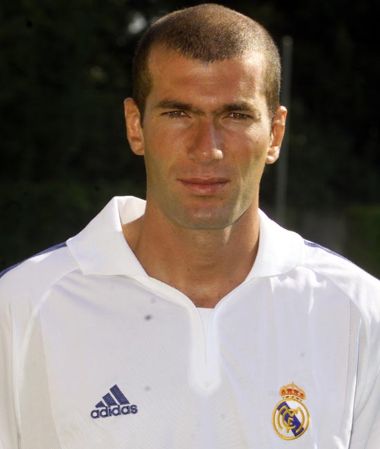 A genius who marked an era

A genius. Zinedine Zidane marked an era in world football with his elegance and technical skills. Blessed with natural talent for this sport, the French midfielder won everything that could possibly be won, both with his clubs as well as with the French national team. A magical player who elected to close out his historic sporting career at Real Madrid, together conquering the 2002 Champions League title.

Zidane, of Algerian origin, was raised in Marseille. He began playing with the youth teams of his native city, from where he went to Cannes, with whom he made his debut in the French first division at the age of 17. In 1992, after the relegation of his previous club, he signed with Girondins Bordeaux. It was there that he began to attain international recognition.

In 1996, after playing the UEFA Cup final with Girondins, and the European Championships with France, he signed with Juventus. His spell playing for the Turin based club, where he won the Ballon d'Or in 1998, would coincide with one of the French national team’s greatest periods. Zidane guided ‘Les bleus’ to victories in the 1998 World Cup and 2000 European Championship. These triumphs confirmed his status as the world’s best player at the time, and awoke an interest in Real Madrid. The president, Florentino Perez, completed his signing in July 2001.

“I wanted to win the European Cup and I wanted to win it with Real Madrid”, he declared during his official presentation as a Madrid player. He was not mistaken. One year later he won the European Cup title, the only trophy he was missing, scoring the decisive goal against Bayer Leverkusen. Zidane masterly struck home a left-foot volley from a bombarded pass from Roberto Carlos. Pure magic.

Zizou retired from football after playing in the 2006 World Cup final in Germany. Real Madrid was his last team, with whom he would conquer six titles. The French genius has maintained his ties with the club by working as a presidential adviser, assistant first team manager, manager of Castilla and currently, as manager of the first team.In 2017 he claimed The Best FIFA Men's Coach award. He completed his second stint at the Real Madrid helm between 11 March 2019 and May 2021. 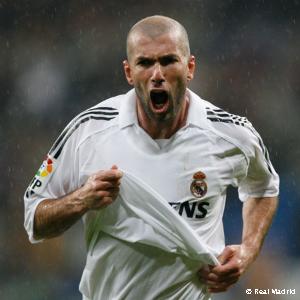