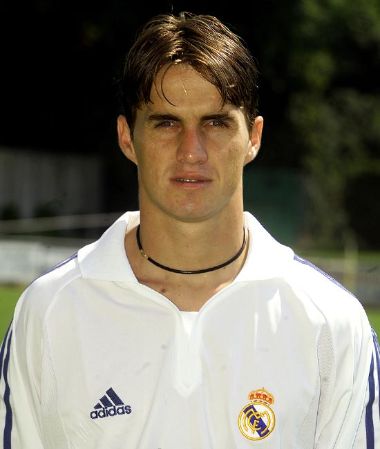 Touch, ability to lose his man and a memorable left foot

Arriving from Flamengo in the 1997/98 January transfer window, on his debut he stunned fans with his touch, ability to lose his man and elegance. Savio was a highly skilled forward who liked get the ball on the left, scoring many goals and making assists in the four and a half seasons he was with Real Madrid.

His first months coincided with the path towards la Séptima. The Brazilian talisman started in the two legs of the quarter-final tie with Bayer Leverkusen and in Amsterdam he won the first of his three European Cups as a Madridista. He went on to form part of the starting line-up in the Intercontinental Cup, as the Whites overcame Vasco de Gama.

Savio also played in the Octava final, passing to Raul to set up his goal as the number 7 rounded off the 3-0 against Valencia. He was also a key man in la Novena. In 2002 he left Real Madrid having won 1 league title and 1 Spanish Super Cup. He played up until 2010, retiring in Brazil.