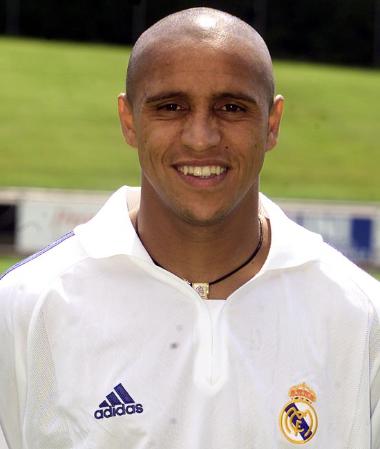 Lord and master of the left wing

His left foot was essential in Real Madrid’s conquest of more than ten titles. The Brazilian ace will always be remembered for his friendly nature, regularity, prodigious speed (he ran 100 metres in 10.9 seconds) and his tremendous power (his shots reached a speed of 140 km/h).

His dream of being a footballer started to become a reality in 1986. Roberto Carlos joined União São João, where he matured as a footballer, excelling at all levels. In 1992, at the age of only 19, he was already an acclaimed footballer in his country. Palmeiras did not take long in signing him, and there he formed an unequalled left wing with Rivaldo, whom he would face many years later.

After winning two league titles in Brazil he signed with Inter Milan in 1995, and a year later he transferred to Real Madrid. The integration of Roberto Carlos within the team was very successful. He played 11 seasons with the Whites, winning many major trophies, in particular three European Cup titles.

In 2007 he left Madrid after contributing in another La Liga title. It would be the last contribution of one of the best left-footers to have ever graced the Santiago Bernabéu Stadium. He holds the Whites all-time record for most number of games by a foreigner. 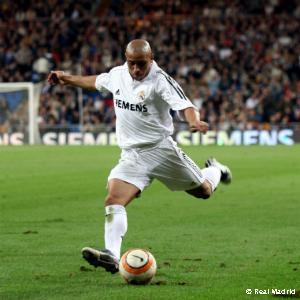