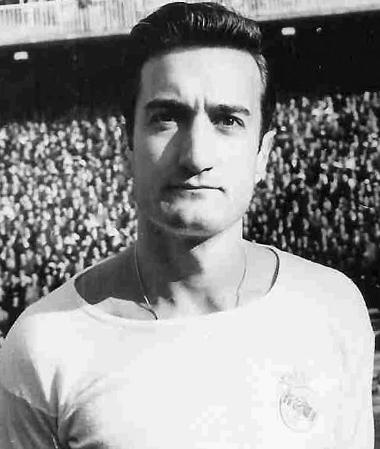 The specialist in scoring great goals

‘El Nene’, as he was called by Di Stéfano, stood out as a very skilful player, perfect with both feet and with great goal-scoring sense. From his inside right position he was capable of assisting his team-mates and putting himself into scoring positions.

Miguel Malbo, the father of Real Madrid’s youth teams, discovered him. His journey through the youth teams began with the Under-19s. Soon after he was loaned out to Hércules and then Murcia to facilitate his development. This decision paid dividends, and he returned to the first team for the 1955/56 season.

In his debut season he won his first European Cup title. The 21-year old Madrid-born player was in the starting line-up against Stade de Reims at the Parc des Princes. The following season he achieved the first double in the history of continental football, league and European Cup. In the domestic competition he scored a memorable goal against Athletic Bilbao. “That goal was talked about for years”, remarked Di Stéfano.

He even played for the Spanish national side, although an unfortunate injury shortened his career. Serious problems with one of his knees forced him to abandon football and prevented him from improving even further a curriculum that was crammed with important triumphs. Died on 22 January 2007. 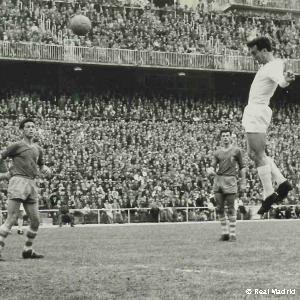