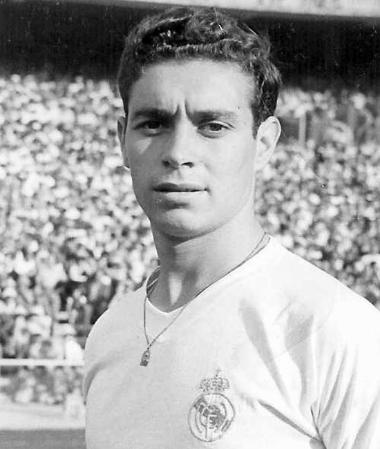 Generous and a hard worker, he was a part of the Whites’ family, as a player and a coach, during 34 years. Juan Santisteban was a creative midfielder, very elegant when he had the ball controlled. A team player. He was part of the Real Madrid team that won the first four European Cup titles.

Born in Seville, he began playing football with the youth teams at Betis. When he was still a child he moved to the capital to study at a school for Civil Guard orphans. This is where Real Madrid discovered him. As destiny would have it, Madrid’s Under-19 team visited his school to play a friendly. Santisteban took advantage of the opportunity. He played exceptionally well and was signed for the Whites’ youth teams.

At that very precise moment his life changed completely. Santiago Bernabéu, Raimundo Saporta and Antonio Calderon, key figures within the club, personally took charge of his development. After one year with the Under-19s and two with the amateur team, he was promoted to the first team. Under José Villalonga he went on to form a midfield duo with the colossal José María Zárraga.

When in career-best form a badly treated pulled muscle turned into a break, and this prevented him from playing in the 1960 European Cup final. Santisteban left the Whites in 1964. He tried his luck with Betis and then went to the United States. After retiring as a player he worked as a coach with Real Madrid’s youth teams and with the Spanish Federation.
la. 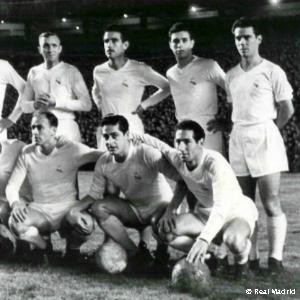