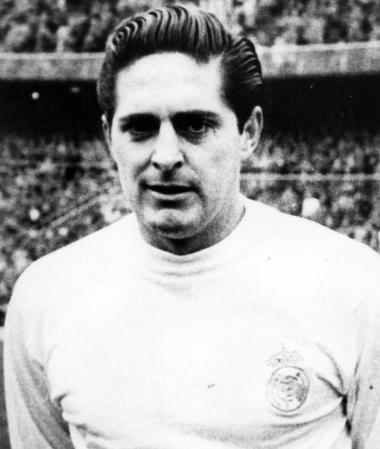 He marvelled Madrid’s fans because he was a player that had already reached the prime of his career. His maturity as a footballer allowed him to excel, playing with great personality on the pitch. He was blessed with perfect technique, he had great vision of play, long passes into space, a potent shot, and he was a magnificent header. His measured crosses pushed Francisco Gento to stardom, making him the world’s best left winger.

Son of Spanish immigrants, he was born in Pergamino (Argentina) in 1928 and raised in Buenos Aires. He developed as a player in the youth teams of San Lorenzo de Almagro. He also played for Independiente de Santa Fe and Nacional de Montevideo. After playing two seasons with this team, Héctor Rial sent the club’s board a message. If they did not let him sign with Real Madrid he would stop playing football. He joined the Whites in 1954.

His football smarts made him the team’s playmaker, despite the fact that the team already had two players who took on this role: Miguel Muñoz and Alfredo Di Stéfano. In his seven years with the club he left an indelible mark. He helped the team in its conquest of five European Cup titles, two Latin Cup titles, four La Liga titles and one Small World Cup.

In 1961 he signed with Español, after which he tried his luck at Olympique Marseille (France) and Club Union Española (Chile), where he retired. His debut as a coach was with Pontevedra. He coached various national sides, amongst them Argentina, and he retired after coaching El Salvador. Died on 24 February 1991. 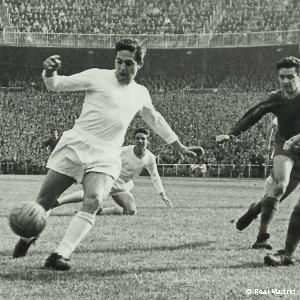