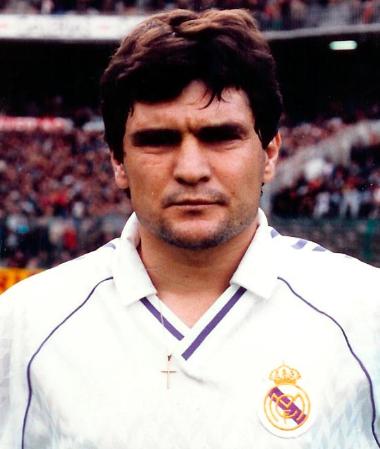 José Antonio Camacho was one of the best defenders who has played at the Bernabéu and defined an era for Real Madrid and Spain through his top class defending and, above all, his commitment and will to win.  He was the team’s ‘Great Captain’.

He started kicking a ball when he was just 6 and his talent first led him to play for Albacete Balompié in the lower leagues. His fine performances for this team caught the attention of Real Madrid and after a trial there he signed for Castilla in 1973. The man from Murcia played extremely well for the Madrid reserves and became one of their key players.

Before the end of the 1973/74 season, he made the leap up to the first team thanks to Luis Molowny. From then on, he had an extraordinary career with the Whites. Not even the serious knee injury that he suffered in 1978 and that kept him out of the game for nearly two years could stop him from winning more than ten trophies.

After nearly 600 official matches for Real Madrid and 81 for Spain, Camacho hung up his boots in 1989 but he didn’t leave the club. He stayed on as a coach with the youth teams and also worked as assistant coach to Alfredo Di Stéfano and then as first team coach in 1998 and 2004. He has also coached Rayo Vallecano, Sevilla, Espanyol, Benfica, Osasuna and the national teams of Spain and China. 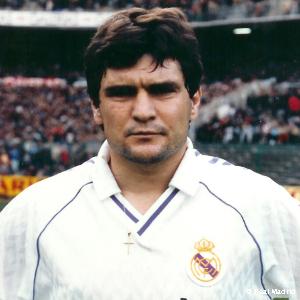