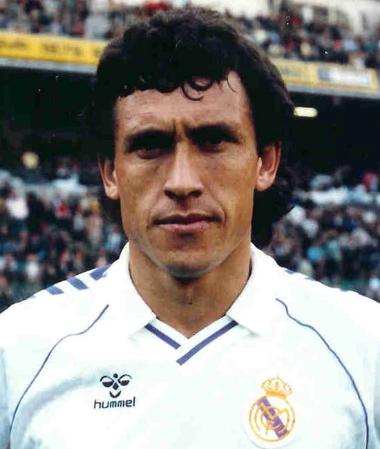 The perfect partner for the Quinta del Buitre

An ideal partner for the ‘Quinta del Buitre’. He was a stocky forward (188 cm.) endowed with great technical skills. He arrived in Spain without making too much noise, and slowly made room for himself amongst the best. Real Madrid was the last stage of his career as a footballer and the first as a coach and club official. The history of Valdano is the history of a Madridista.


At the age of 16 Jorge joined the youth teams of Newell’s Old Boys in his native Argentina, and made his debut with the first team when he was 18. He dominated aerial play, but he also stood out for his mobility and his use of both feet. His skills aroused interest in the manager at Deportivo Alavés, the legendary Madrid captain José María Zárraga, who signed him in 1975.

His good performances in his four seasons with the club from Vitoria opened the doors of Zaragoza. And from there he signed for Real Madrid in 1984. Valdano proved himself to be a suitable partner for the ‘Quinta del Buitre’, which had just been promoted to the first team. With the Whites he won four titles, amongst them the only two UEFA Cup titles in the club’s trophy room.

At the beginning of 1987 he was diagnosed with hepatitis B, which led to his retirement from football at the end of that same season. Up until then he had maintained a good goal-scoring average with Real Madrid (40 goals in 80 La Liga games). A year earlier he had also become World Champion with Argentina. The effects of that disease and the harshness of the treatment were incompatible with professional sport.

His successes had continuity
After retiring he continued tied to the club. First he coached the Under-19s and, after leading the modest Tenerife to European competitions, he took charge of the first team in 1994. Valdano fulfilled his goal of building an attack-minded winning team with its own identity. The team brilliantly conquered the 1994/95 La Liga title. That season he made Raúl debut at the age of 17. 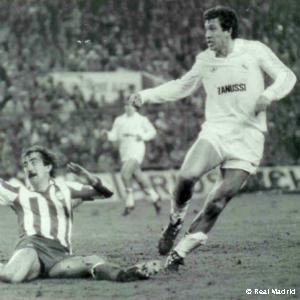