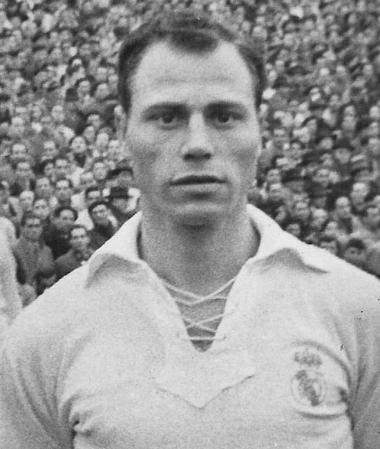 The first Spaniard to play with FIFA’s World XI

He was the first Spaniard to play with FIFA’s World XI in 1953, which earned him the nickname of Fifo. His versatility and dedication allowed him to recycle himself as a defender without major hiccups. Quick and focussed on his defensive work, he was a great discovery for Real Madrid’s coach, Michael Keeping. His tendencies as a winger pushed him to make surprising advances into the forward line, which displaced his rivals.

He began his football career at the age of 20. During the 1941/42 season he signed for Barcelona, and soon after he went to Sabadell, club that he left after its relegation to the Second Division. Navarro received a letter from the president, Santiago Bernabéu , and the Technical Secretary Hernández Coronado: “Come whenever you want.” It was the year 1949 and Navarro signed on to defend the white shirt.

The Whites’ coach placed him in defence and he made his debut against Barcelona, marking the legendary Estanislao Basora. Real Madrid won 6-1. With the Whites he played eight seasons in defence, “although because I liked playing on the wing, I would go forward and they would call me crazy.” His record with Madrid shows national, international and world titles. We can also add five caps to his list of successes as a footballer. Died on 5 November 2002. 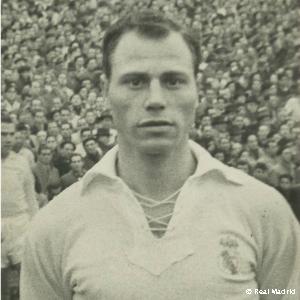