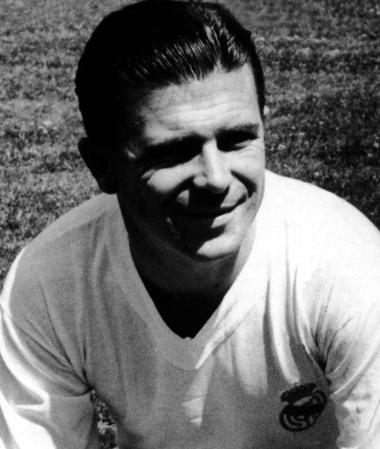 The best left foot to have graced the Santiago Bernabéu Stadium

Puskas left an indelible mark at Real Madrid. He dazzled Whites’ fans with his gentlemanliness, charm, friendliness and brilliant performances on the field of play. As a forward he broke all the goal-scoring records, earning himself the nickname of ‘Pancho’ or ‘Cañoncito pum’. He was one of the greatest strikers in history, endowed with the best left foot ever to be seen at the Santiago Bernabéu Stadium.

Ferenc Puskas landed at the club at the age of 31, having previously played for Honved Budapest. There he had been decisive in the conquest of five league titles. He also formed part of the great Hungarian national team that won the gold medal at the 1952 Olympic Games. With his signing Madrid completed the legendary group already formed by Alfredo Di Stéfano, Kopa, Rial, Santamaría, Gento and Domínguez.

His arrival was a complete surprise to Spanish fans. They thought that this old and overweight man was out of his depth in a star-studded team like Real Madrid. Soon they discovered they were mistaken. His extraordinary goal-scoring ability was essential in the conquest of three European Cup titles and five La Liga titles, amongst other awards. Puskas died on 17 November 2006 and FIFA paid him a great tribute by naming their award for the best goal of the year after him. 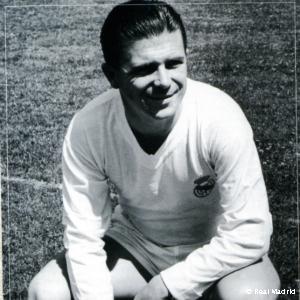