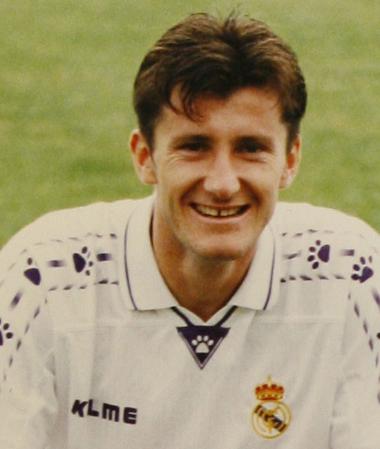 A virtuoso footballer. Davor Suker left his mark in La Liga thanks to his technical skills, goal-scoring sense and outgoing character. He spent three seasons with Real Madrid, during which time he helped the club win four titles, amongst them the yearned Seventh European Cup title. The spectacular nature of his play made him one of the most attractive forwards of the nineties.

He excelled playing football in his country at a very young age. He formed part of the legendary Yugoslav Under-20 national team (with Mijatovic), Boban and Prosinecki) that was proclaimed world champion in 1987. At that point he had already made his first division debut with Osijek. His potential and, in particular, the military conflict that devastated the Balkans after 1991, meant that he was forced to find a new place where he could advance in his career.

Davor signed that same year with Sevilla, immediately becoming one of the best forwards in the Spanish league. In 1996 he signed with Real Madrid, and that same season scored 24 goals in La Liga alone. He formed a fearsome attacking partnership with Raul and Mijatovic. Together they triumphed in Spain and Europe.

His left foot was like a sniper rifle, but he also scored goals with his right foot, as well as with his head. He was a master in controlling the ball with his first touch, feinting, and cutback dribbles. He was a player of overwhelming talent. Suker, who also made history with his national team (third in the 1998 World Cup), left the club in May 1999 bound for Arsenal. The German team Munich 1860 was the last professional team of the Croat with the magical left foot. 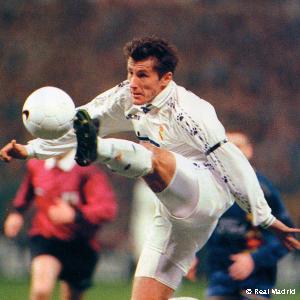