Real Madrid fought back against Barça thanks to a superb performance by Tavares, MVP in the final, to take the title in extra time for the ninth time, their fifth in a row.

Real Madrid opened the season in style, winning the 2022 Endesa Super Cup in Seville. Our team beat Barça in overtime to win the competition for their ninth time and fifth in a row since 2018, the longest streak in the tournament's history. Down 12 in the third quarter, our team had all but lost the game but turned it around in 7 sensational minutes thanks to a 22-4 run and eventually won with a phenomenal performance from Tavares, who was voted MVP (24 points, 12 rebounds, 5 blocks and 40 PIR). Deck (22 PIR) and Musa (20) were also key, along with Llull, who hit three consecutive three-pointers to start the comeback. The first title of the season and the first for Chus Mateo in charge of Madrid.

Rudy presented the Eurobasket trophy to a packed San Pablo, and the final got underway with both coaches fielding top quintets from the outset. There was plenty of pace but low outside shooting percentages, meaning that the majority of the play was on the paint. Madrid shared the scoring between Musa, Deck and Yabusele. Barça relied on Sanli, who was in tune with the game (11 points), in the first quarter, in which our team were almost always in front (17-15, min. 10).

Behind
Madrid found it difficult in the second quarter. Offensive fluidity and aggressiveness in defence were lacking. They won the game on the offensive rebound but the second chances were not going in. Barça, on the other hand, found a way to slow down our team and scored more consistently thanks to Jokubaitis, Kuric and Vesely coming onto the court. They gradually built up a lead that grew to 10 points in the 19th minute before Musa, who along with Tavares pulled Madrid through this period, cut the deficit to 8 points before the break (29-37, min. 20).

The storyline repeated itself at the start of the third quarter as Madrid were unable to link up, a situation that their opponents took advantage of to extend their lead to 12 points, with Sanli once again leading the way (33-45, min. 23). An extremely tricky moment that woke our team up. The response was swift and emphatic, one of those we have become used to from this team. They brought back their best at the back, shutting down their own basket, locked the defensive rebounding thanks to a dominant Tavares and managed to run. Musa, Deck and the man who was yet to step up: Sergio Llull. The captain finished off a 22-4 run with three straight three-pointers in 60 seconds to cap the comeback prior to the final quarter (55-49, min. 30).

Second time around
The game was wide open. Unpredictable. Barça fought back after a three-pointer from Rudy had put our side 58-51 up at the 33' mark. Laprovittola and Kuric cancelled out the lead. The match was still in the balance. Tobey provided the spark for the blaugranas; Tavares, for Madrid. Barça's centre made it 71-71 with 13 seconds to go. Our team ran down the possession and Deck missed a three-pointer that would have given them the victory. Overtime saw more of the same. An exchange of blows right to the end. Laprovittola led the way for his team, but it was Tavares' turn. The centre capped off a memorable game (breaking the record for the highest rating in the history of the tournament with 40) by scoring crucial points in extra time, but above all thanks to his presence. At 85-83, with 42 seconds to go and on Barça's possession, he blocked Sanli on a key move. Deck clinched the win from the free throw (89-83). It was Poirier's 100th game in our jersey, while Llull became the madridista who has played the most Super Cup games, overtaking Felipe Reyes (24). The white dominance continues. 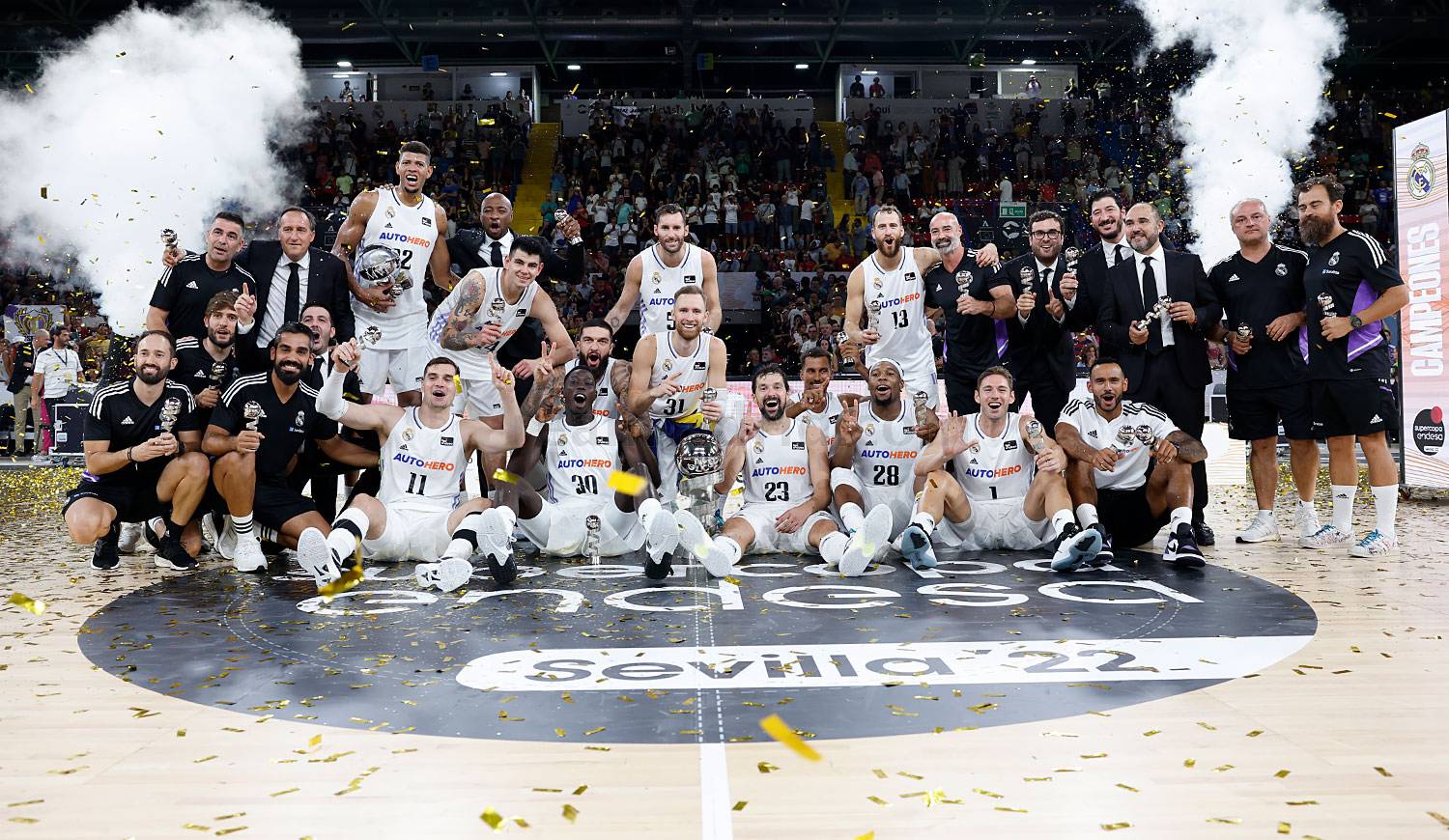 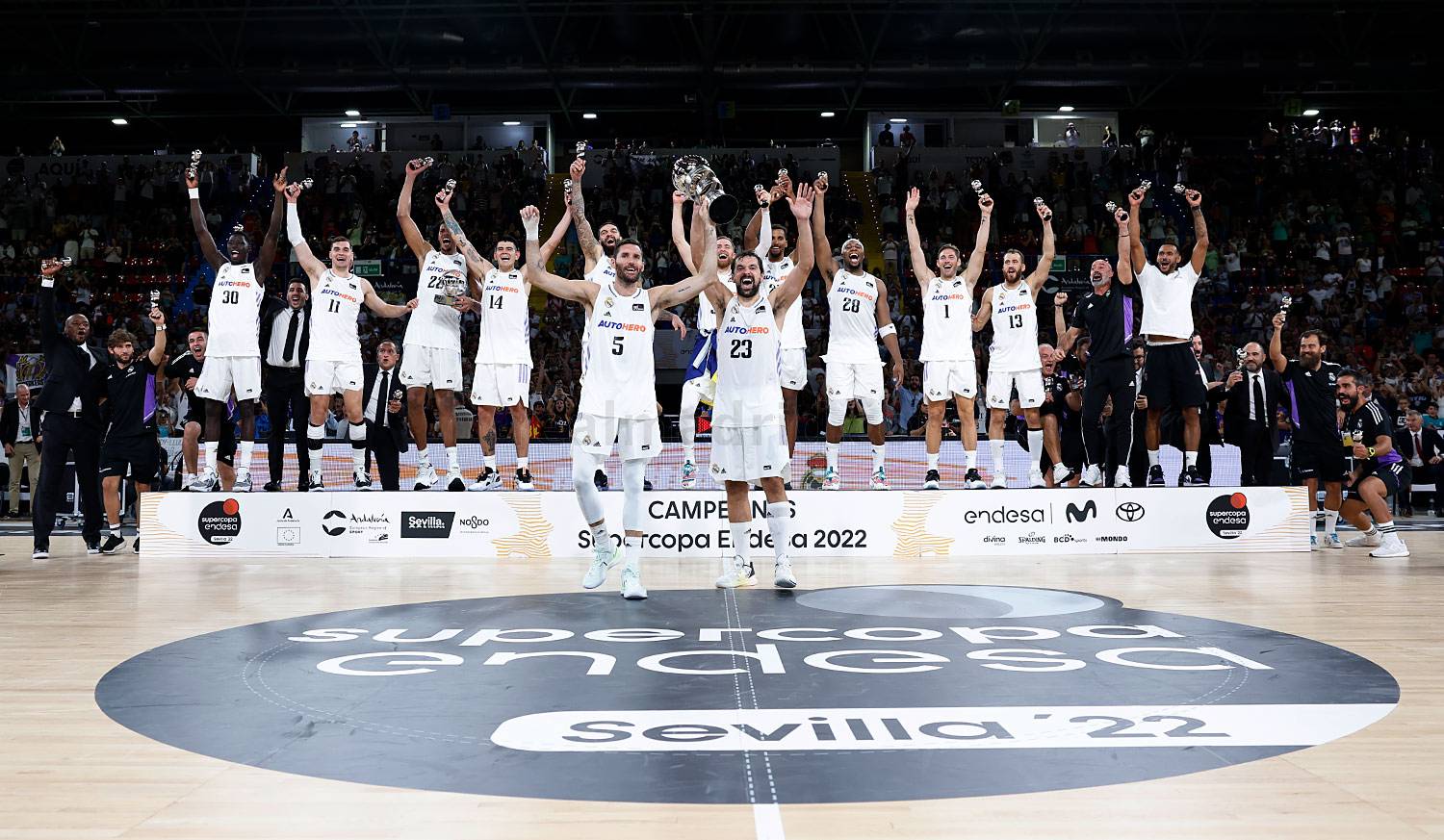 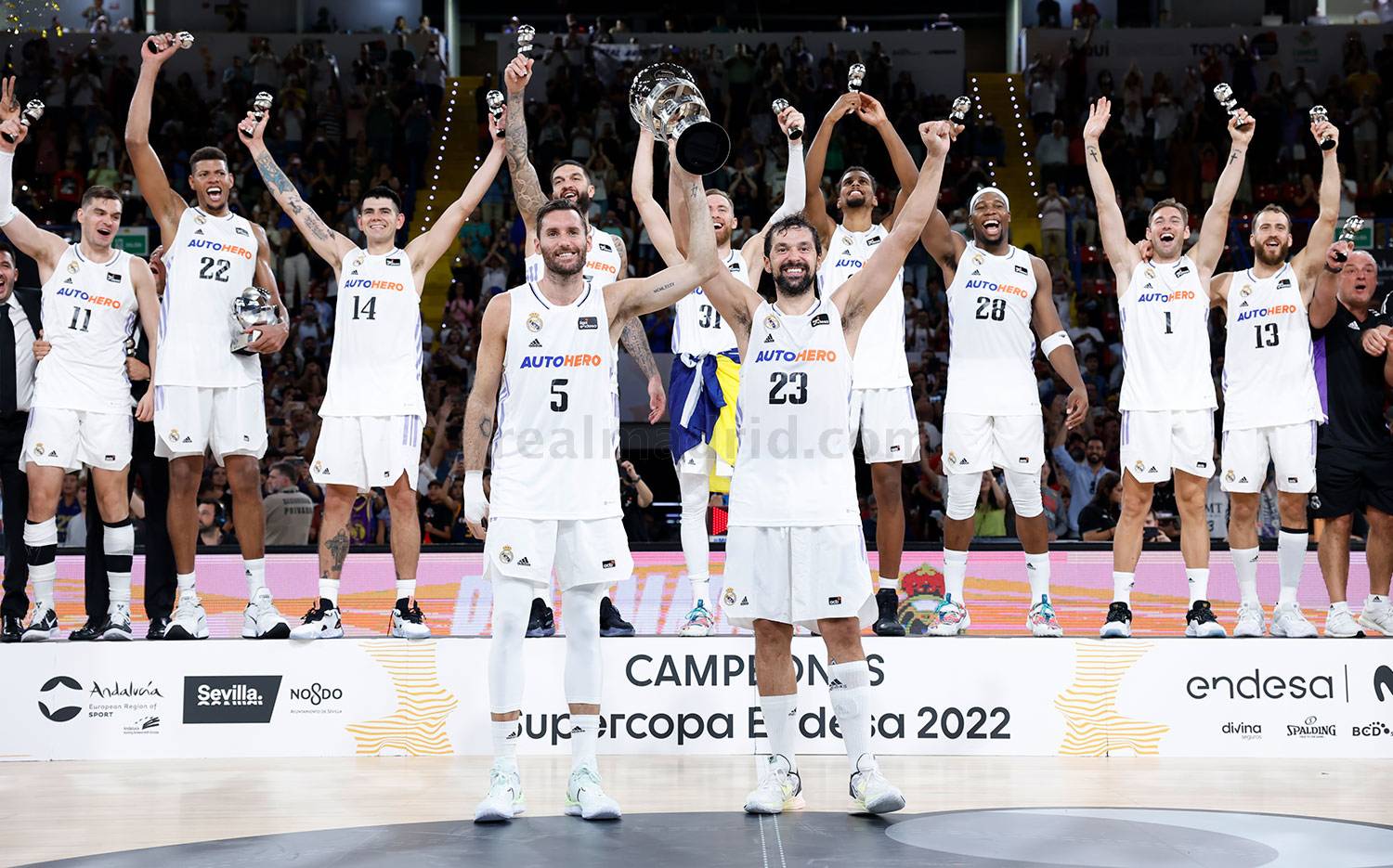 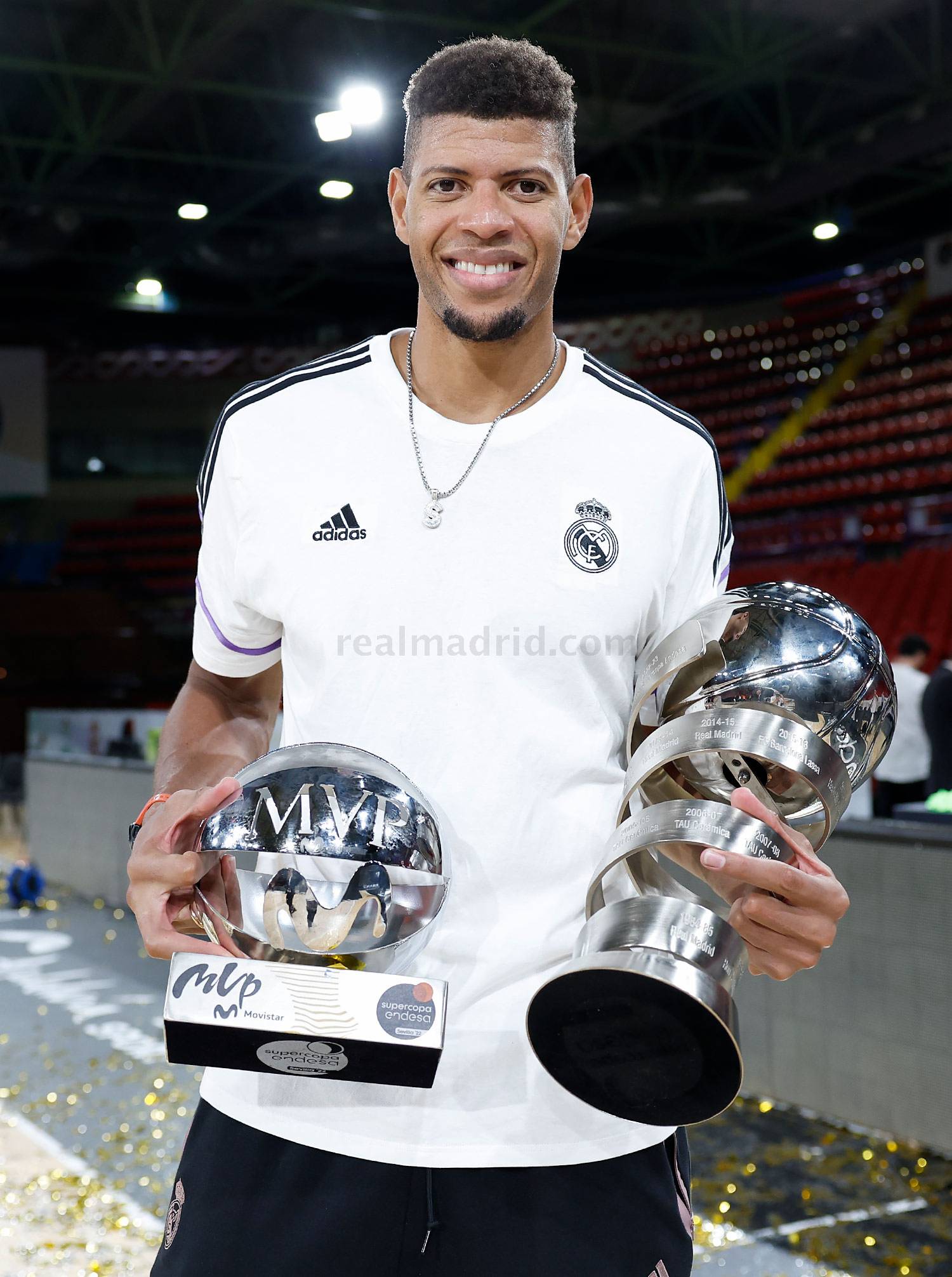 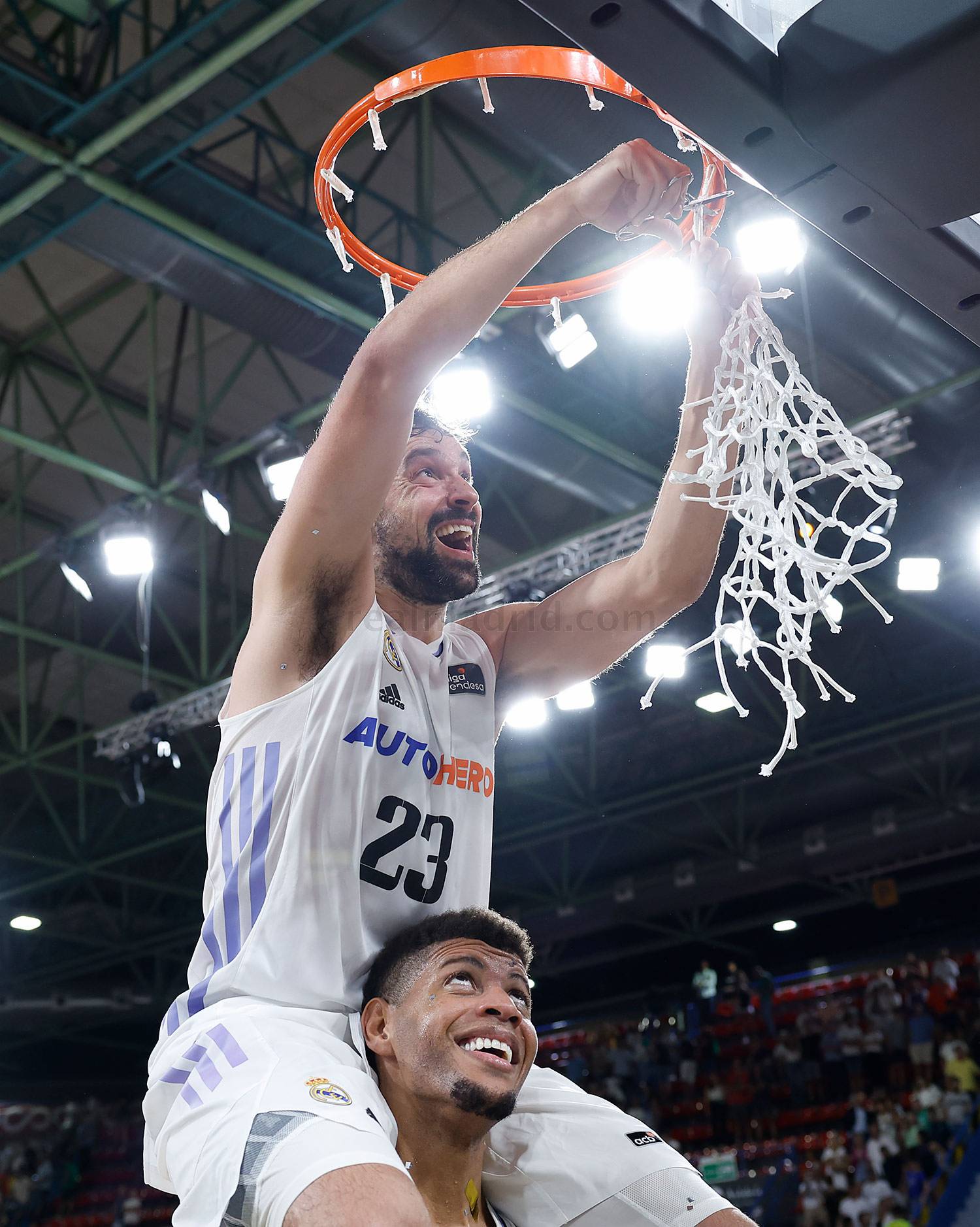 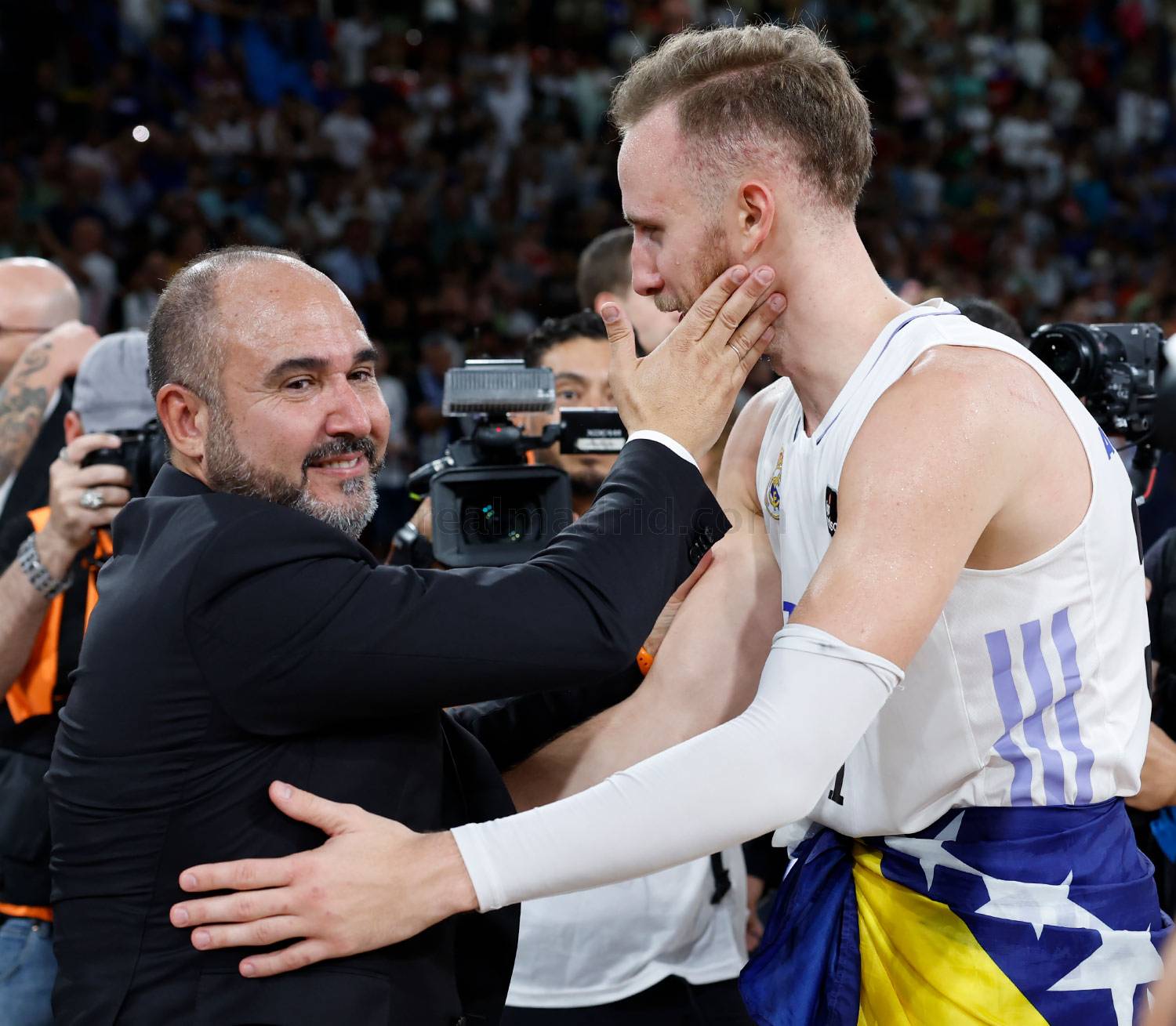 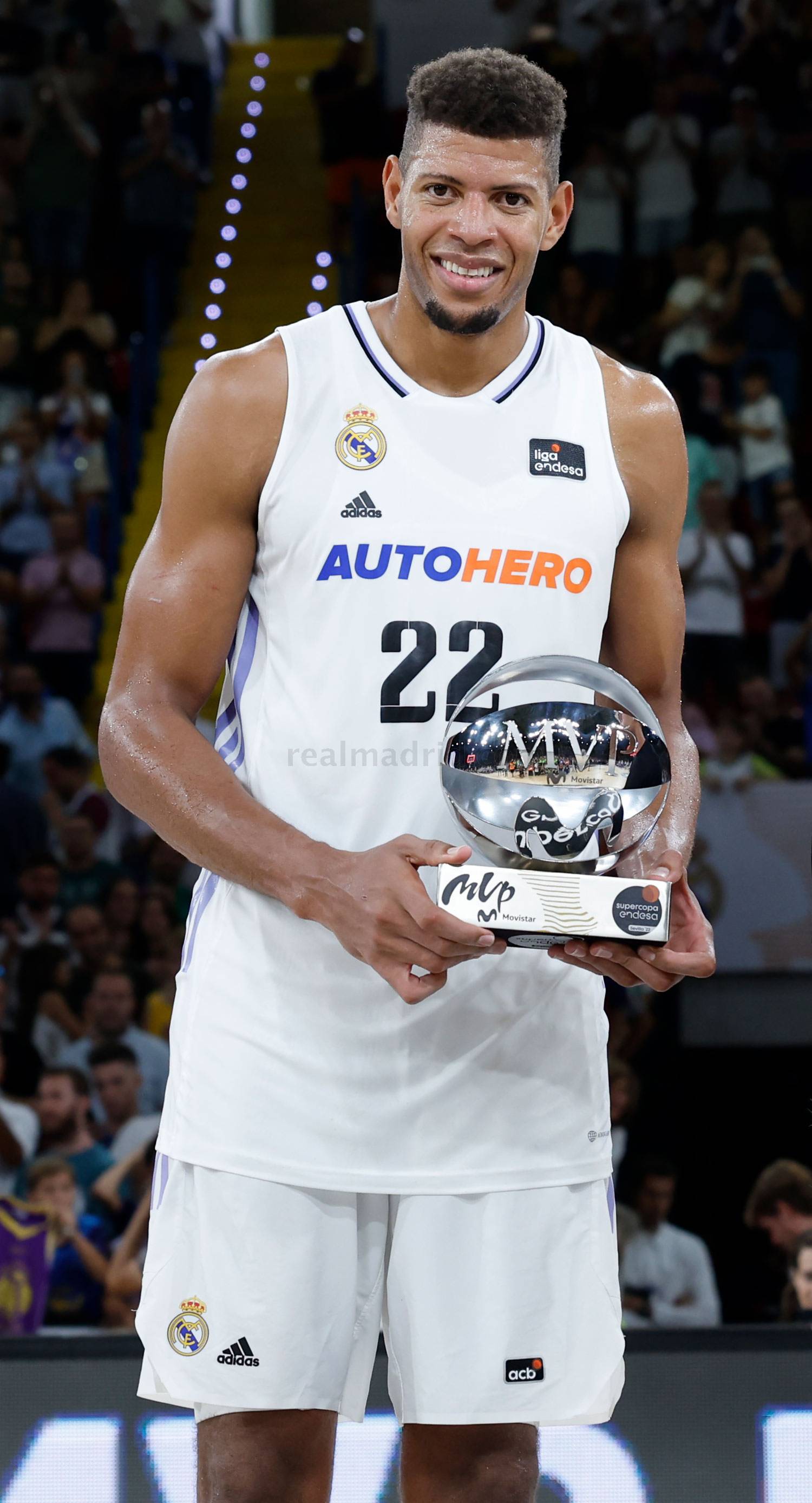 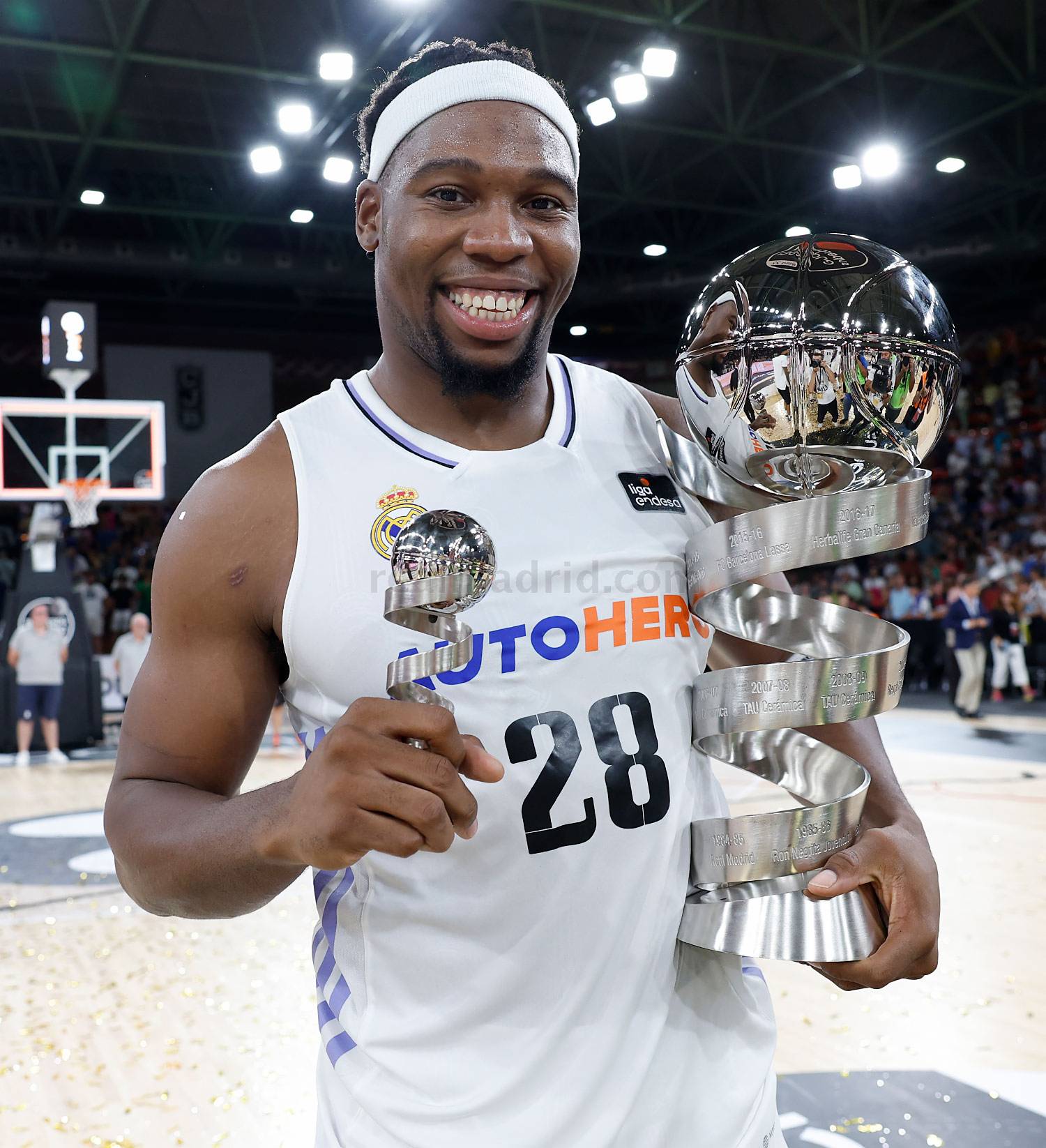 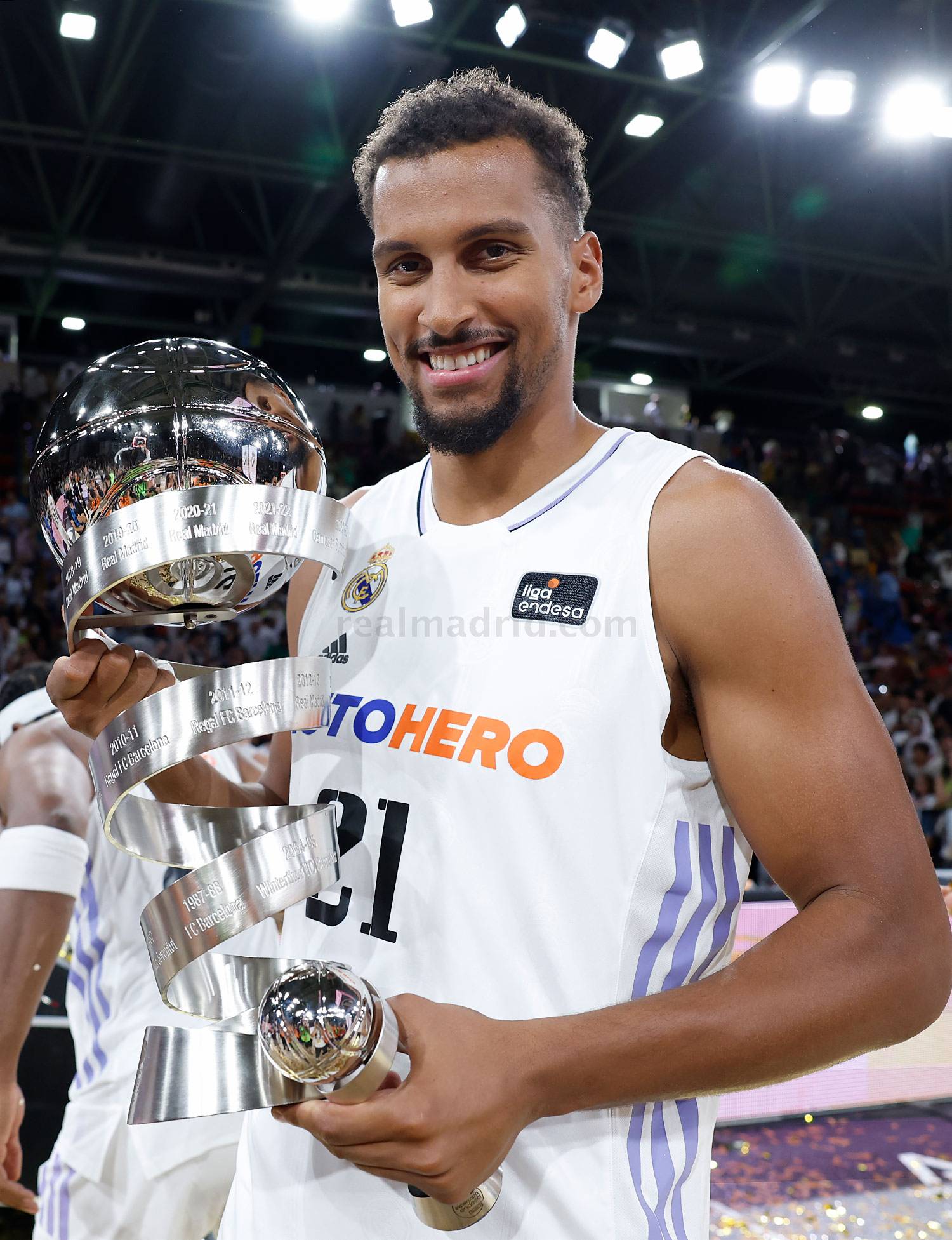 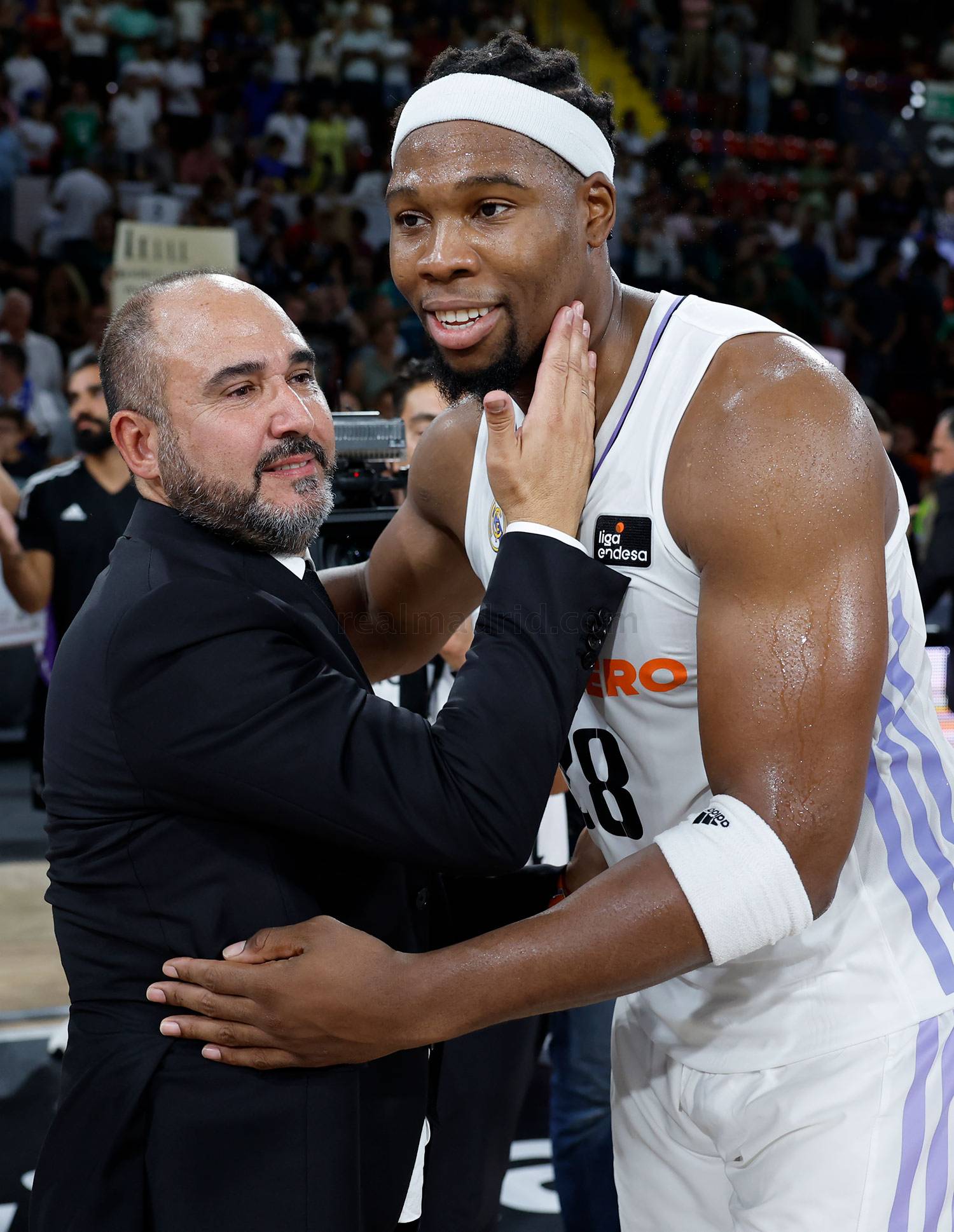 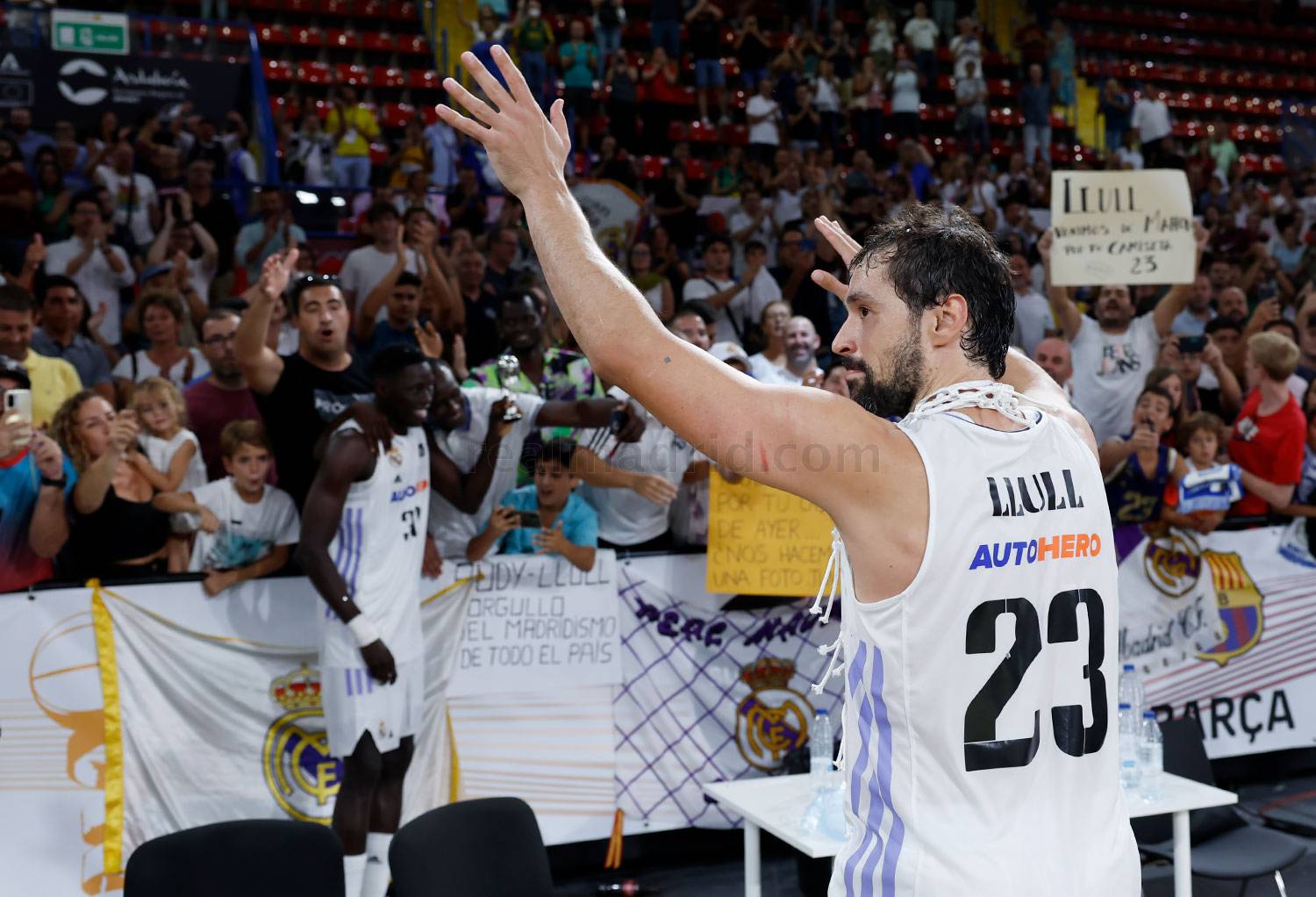 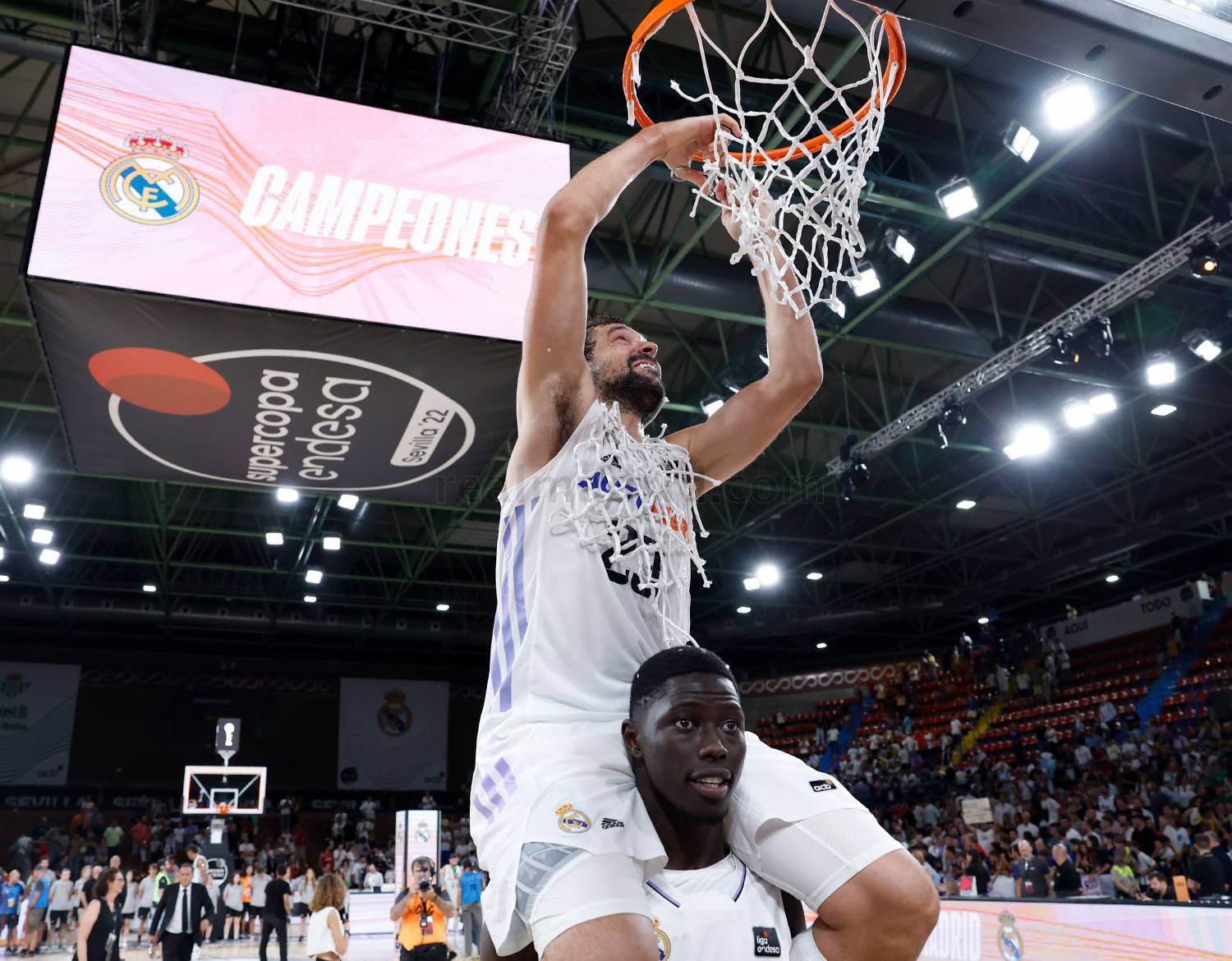 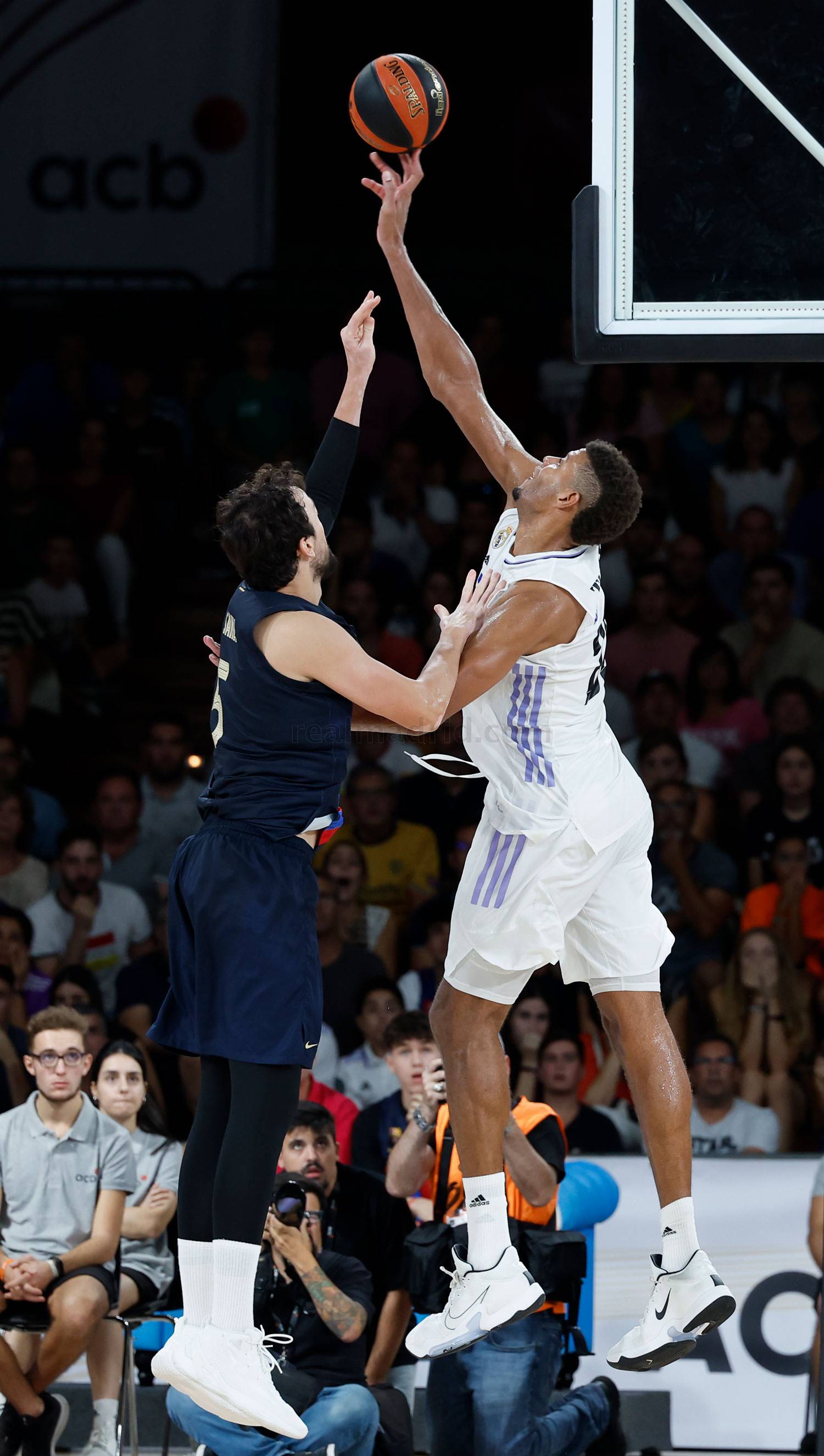 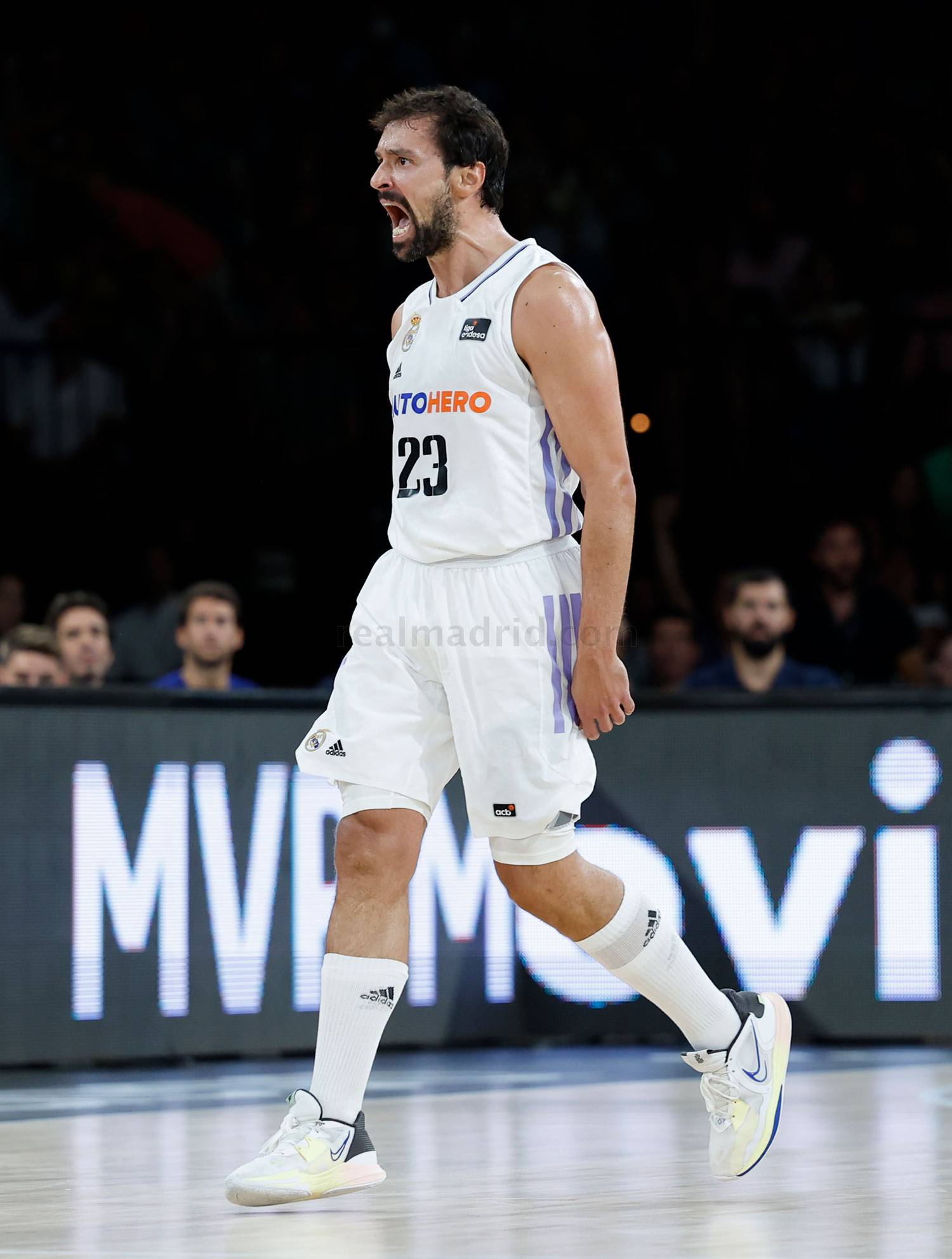 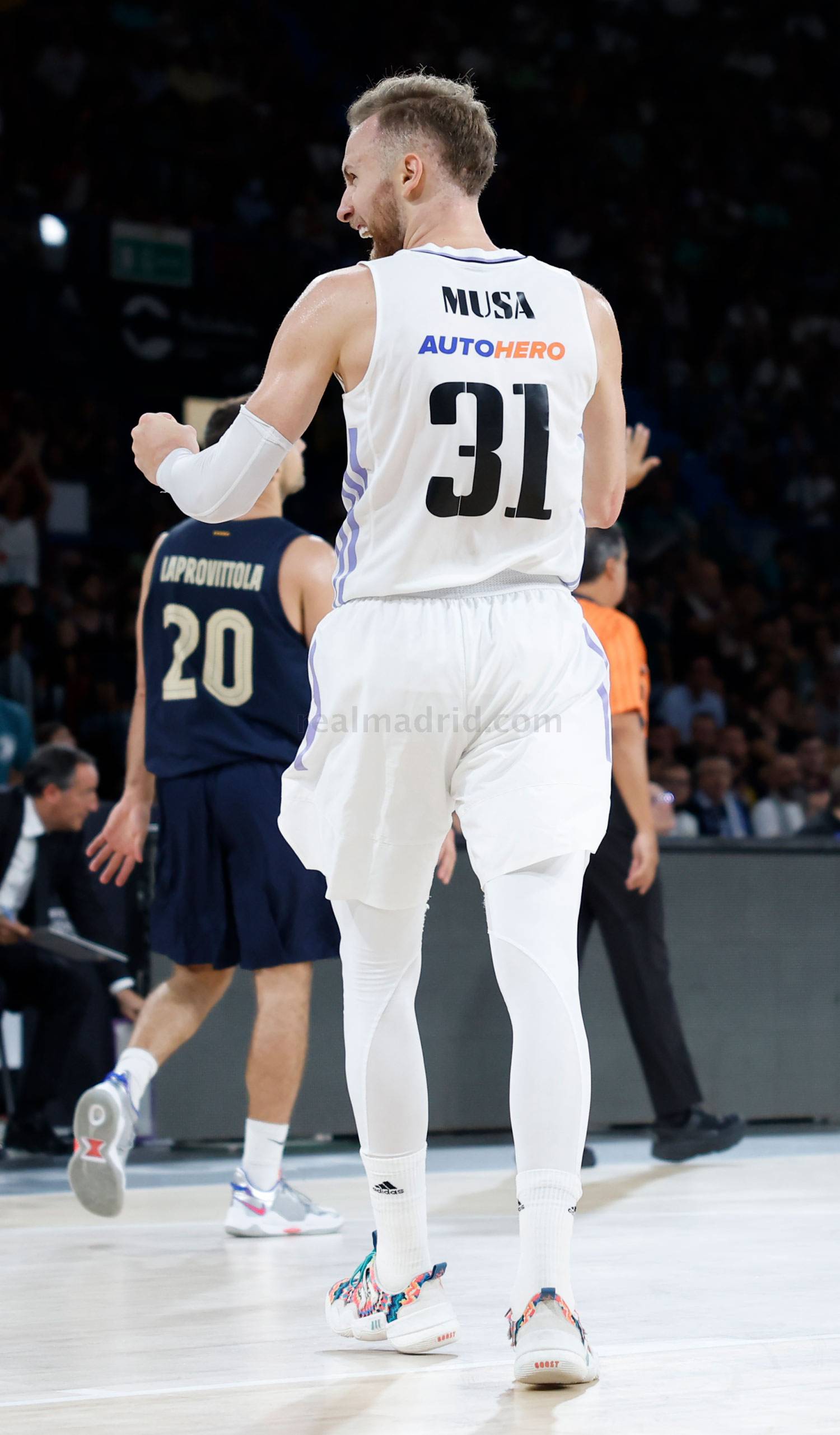