The striker received the Men's Player of the Year award and the Italian picked up the Best Coach accolade for 2021/22.

Karim Benzema and Carlo Ancelotti were the big winners for the UEFA 2021/22 awards, which were presented in Istanbul. Our striker was named the Men's Player of the Year and the Italian collected the Coach of the Year accolade. The Real Madrid captain had more votes than his teammate Courtois, who came second, ahead of Kevin de Bruyne in third place. He had an unbelievable year, helping the side clinch the Decimocuarta, LaLiga and the Spanish Super Cup, scoring 44 goals in the process. He also finished as top scorer in the Champions League, with 15 goals, which helped earn him the Player of the Year award in the competition.

“I’m really happy. It’s the first time I’ve won this award, but what’s most important for me is winning trophies with my team”.

Carlo Ancelotti was awarded the 2021-22 UEFA Men's Coach of the Year accolade, after lifting the Decimocuarta, LaLiga and the Spanish Super Cup for our club, and was chosen for the prize ahead of Klopp and Guardiola. The Italian, who received more votes than Klopp and Guardiola, became the first coach in history to win the European Cup on four occasions and the only coach who has secured the league title in all of Europe’s top five leagues: Spain, Germany, France, England and Italy.

Ancelotti: "There was good chemistry in the team, and with the fans"
The Real Madrid coach had the following to say: “Thank you for this award. Thanks to Arrigo Sacchi, who was a great teacher for me. I’d like to thank my players, my club and my coaching staff. I’d also like to thank the fans for those amazing and magical nights at the Santiago Bernabéu. And the club president for giving me the chance to return to Madrid. As well as my family, who have given me the space to do my job”.

“There is no magic formula to winning. But I’m very passionate about the game. It also comes down to the quality of the players you have to train. It was a really special season, because we had a really good squad, a good mix of veterans and young players. There was a fantastic connection in the dressing room and good chemistry in the team, and with the fans”, added the Italian.

The award is determined by a jury made up of the clubs that participated in the last Champions League group stage, the 2021/22 UEFA Europa League and the UEFA Europa Conference League and a panel of journalists appointed by the European Sports Media (ESM).
Along with Benzema and Courtois, who finished third, another two madridistas received votes for the award, selected from a total of 15 players. Modrić came fifth and Vini. Jr. was ninth. 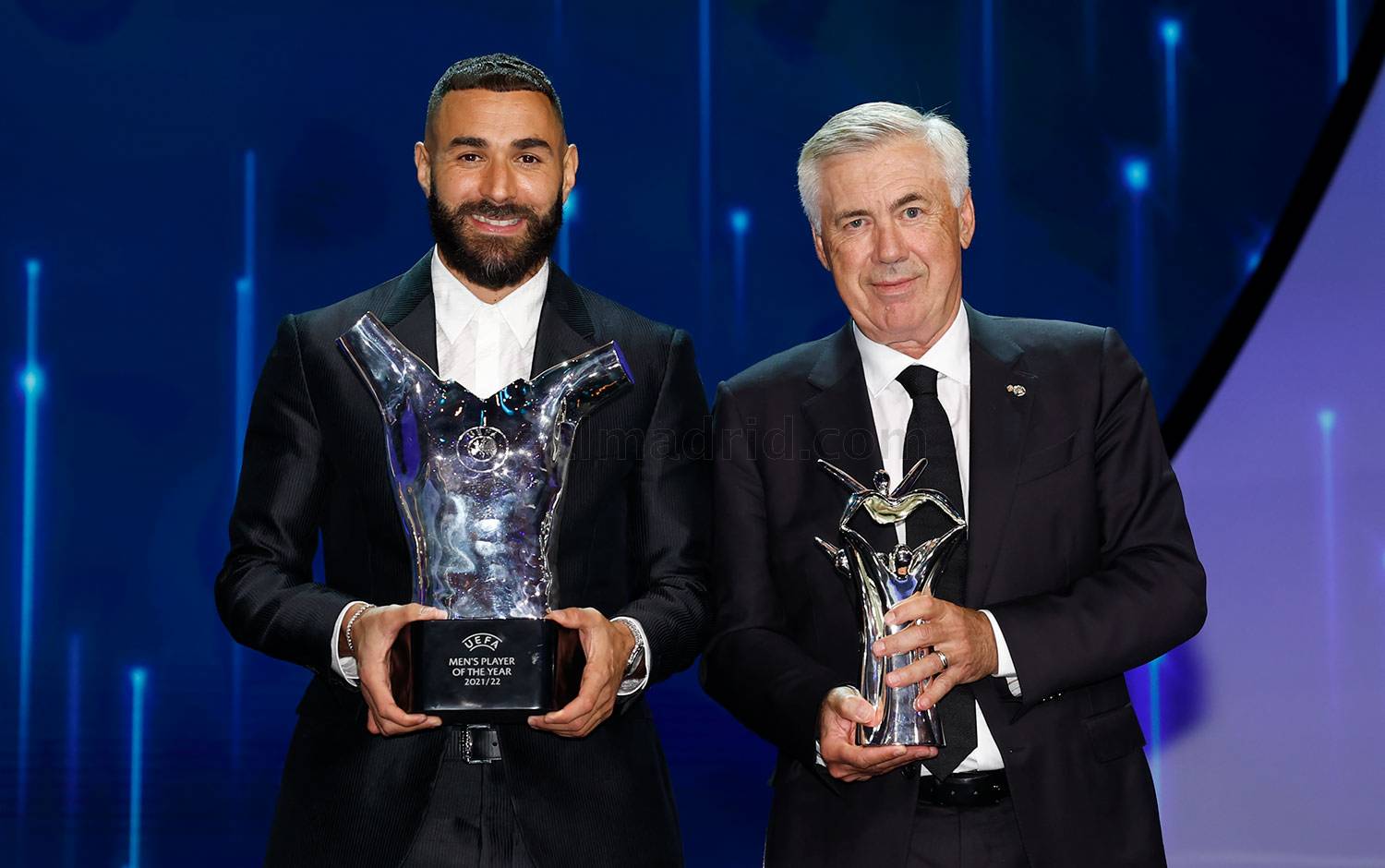 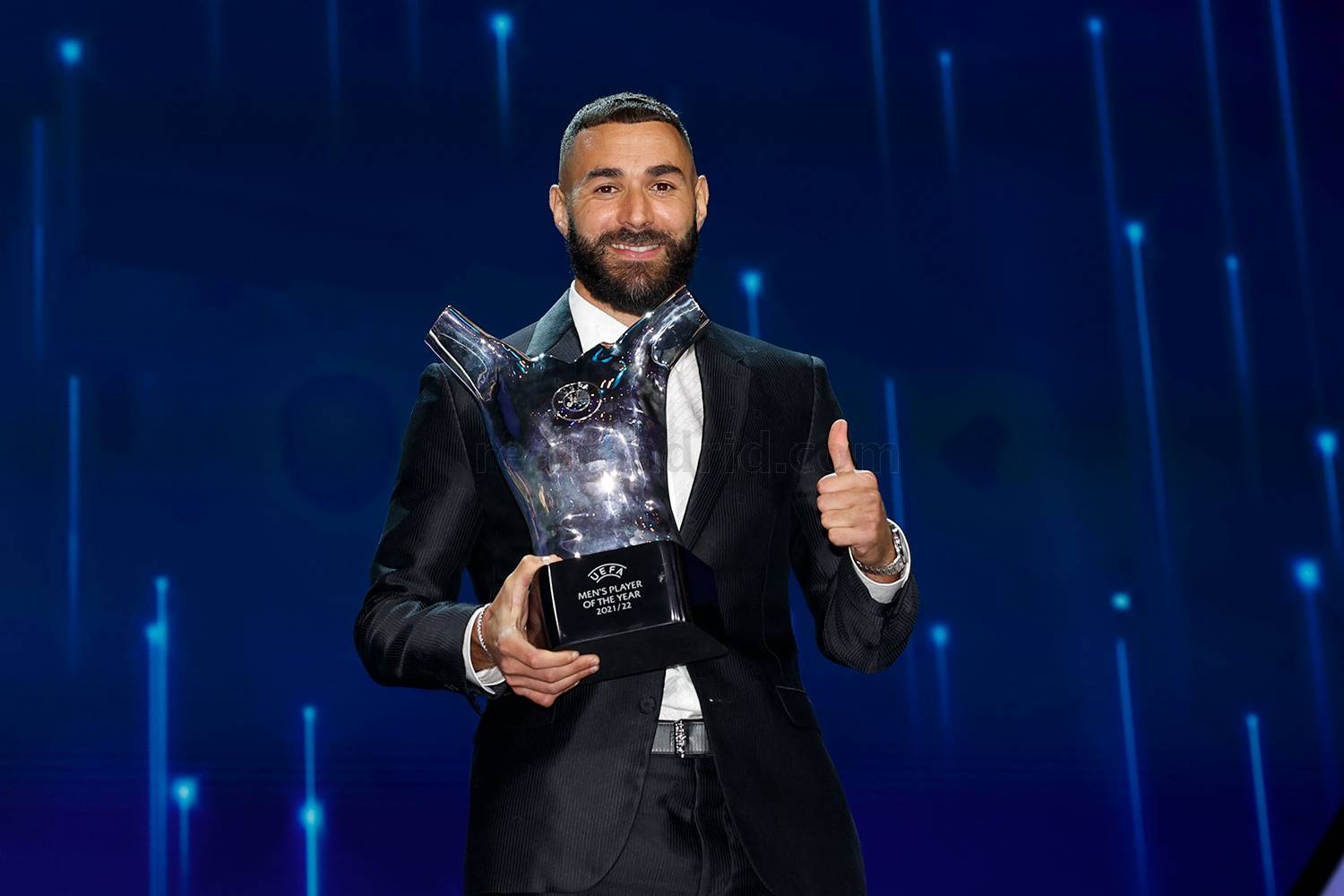 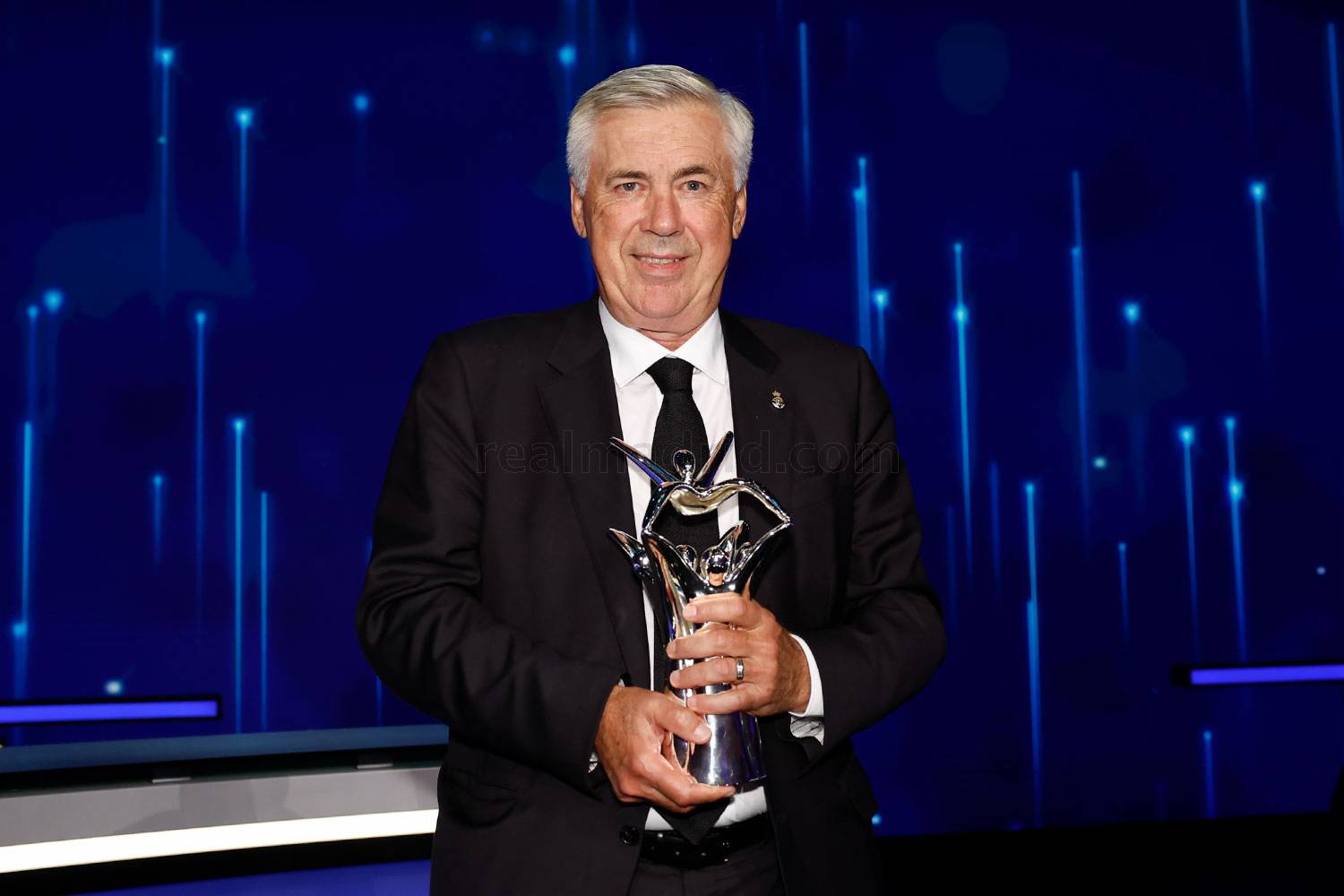