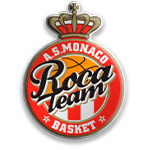 Real Madrid fought back twice to record their seventh straight EuroLeague win away from home.

In Monaco, Real Madrid continued their remarkable run in the EuroLeague after recording their seventh straight win, their finest spell in the competition so far this campaign.  Pablo Laso’s troops were making their first-ever appearance on the Monaco court and were put to the test by an in-form side who forced two overtime periods before the madridistas could secure the spoils. Yabusele (18 points, 10 rebounds and 27 in PIR) and Poirier (10, 14 rebounds and 22 in PIR) produced sublime displays. While Tavares, Rudy and Deck, spearheaded Madrid in the 10 extra minutes. The win rounds off a spectacular month of January for our side who produced a 100% win record in the EuroLeague.

Real Madrid struggled to find their rhythm early on in the match. They scored five points in the first minute but then made numerous mistakes in the next four, which allowed Monaco to edge ahead through Diallo and Motiejunas to make it 12-7 in the 7th minute.  The visitors then produced another surge in attack, spearheaded by Heurtel and Yabusele, and dominated the rebound even though Tavares was benched having committed two personal fouls, as the first quarter ended with the hosts 18-16 ahead.

Llull and Thompkins step up
Monaco extended their lead to eight points at 27-19 at the midway point of the second quarter, hitting Madrid with direct, counter-attacking play as Bacon scored freely. Sasa Obradovic's side were thriving, so Laso opted for a smaller quintet with Llull in command and Thompkins in the number five position. The Whites may have been losing the rebounding contest but they improved a lot in attack and with higher intensity at the back. They halted the Monaco outside players and the captain led a 10-1 run with seven points to put them one point up. The visitors headed into the half-time break with the same difference after some sterling work by the American power forward, who added seven points in 4:59 minutes on the court (34-35, min.20).

After the restart, the madridistas came out firing on all cylinders, showing great focus. The players made measured attacks and were clinical from the three-point line, producing four in the first five minutes of the third quarter.  Yabusele struck two of his own, scoring eight practically in a row, enabling Laso's men to take control with a 5-8 point lead. Tavares was now dominating in the paint as Monaco began to struggle in attack. However, a sense of consistency in their play soon faded as the game descended into a period of disarray. A technical against Laso, a three pointer plus a foul on James and the introduction of Andjusic sparked a 10-0 run for the home side at the end of the third quarter (57-56, min.30).

Double reaction late on
The slower pace and constant stoppages worked to Monaco's advantage, who started the last quarter better and, spearhead by Bacon, managed to take a 6-point lead with 2:30 to go, with Madrid struggling to rack up the points. Poirier, who did a wonderful job on the offensive rebound, enabled Madrid to take second chances, but the easy shots just wouldn't go in. Nonetheless, the players battled on and never stopped believing, upping their defensive game and a triple from Yabusele, who was already on for a double-double, and another from Rudy, sent the game into overtime at 66-66. The overtime period once again saw the Whites on the ropes, as Monaco raced into the final minute with a 75-70 lead. But the visitors kept fighting and a two-and-one from Poirier and two power plays from Tavares, first with a basket after an offensive rebound and then a block on James on the final shot, forced the second overtime (75-75).

Real Madrid find winning gene
The visitors were rewarded for their hard work and for never giving up the fight. Monaco came close but Madrid rose twice and in the second five extra minutes delivered the definitive blow. Rudy hit another three-pointer before withdrawing with a shoulder injury. Taylor struck one more triple from the corner and Deck was also bossing the proceedings. The Argentine proved to be the pivotal player in the first period and with seven points in overtime he sealed the team's second win of the week (84-90, min.50). On Sunday, Real Madrid will end the month of January at home against MoraBanc Andorra (8 pm CET).