Goalkeeper played his first official game for Real Madrid on 12 September, 1999 at San Mamés.
21 years ago, on 12 September, 1999, the best goalkeeper in the club's history played his first official match for Real Madrid. Iker Casillas arrived at the club when he was nine years old and made his debut at the age of 18 at the San Mamés stadium against Athletic Club in a match that ended 2-2.
In Bilbao, Casillas played the first of his 725 games for Real Madrid - the club's second all-time highest number of appearances, only behind Raúl (741). His decisive saves are fondly remembered, such as those in final for la Novena against Bayer Leverkusen, in addition to the trophies he lifted in his years as team captain. 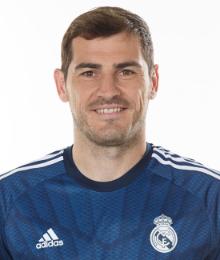