"Real Madrid is today the major role model within the world of sport", declared the president at the ceremony held to present the 2019 club pins.
Discurso íntegro de Florentino Pérez en la entrega de insignias 2019
Florentino Pérez presided over the ceremony that saw the 2019 club pins presented to the Real Madrid members celebrating 25, 50 and 60 years of uninterrupted club membership. At the ceremony, which was hosted by Emilio Butragueño, the president declared: "We're here to recognise the passion, commitment and loyalty that you've always shown towards Real Madrid. You represent a lifetime's allegiance towards Real Madrid. As Real Madrid president, I'm proud that our club has and continues to be able to count on you in our pursuit of new targets".

"These pins represent all of the memories, emotions, suffering and great joy that have been part of your lives devoted to Real Madrid. Everything we stand for and that we've achieved together throughout our 117-year history is based on the strength and support of our members, who alongside the millions of fans located across all of the continents have been and continue to be our club's biggest asset. These pins represent what it means to belong to the biggest sporting institution in the world, the club that has 23 European Cups to its name".

Unity
"In constructing a sentiment that transcends borders and unites madridistas from across the world, regardless of culture, language and religion, the unity of madridismo as a whole and, in particular, that of the club members has been vital. Unity is our strength. And it's thanks to that unity that we've managed to overcome all manner of obstacles and it has allowed us to continue to remain leaders in sporting, financial and social terms. We enjoy an institutional stability that we must also recognise and which allows us to deal with difficulties with the calmness required to overcome them, whilst displaying the necessary self-criticism at all times to avoid falling into the trap of complacency".

Values
"Being a Real Madrid member is a privilege but also a massive responsibility. It's our duty to preserve the legacy that our elders have passed down. These pins that we're presenting you with here today are also a symbol of our values: teamwork, humility, respect, continuous self-improvement, a never-say-die attitude and solidarity. These values have been passed down, through all of you, from generation to generation".

Success
"In recent years, we've experienced one of the best periods in our club's history. Our football team has added to Real Madrid's legacy by lifting four European Cups in five years and 17 trophies in nine seasons. And we continue to top the UEFA ranking for a sixth straight year. We're undergoing a process of transformation which will lead us to further success. The team has been revamped with the signing of some excellent players and young talents who are expected to become the new stars of the world game".

"All of our hopes lie with them and with a set of players who've won everything going and are already part of Real Madrid's legacy. The Real Madrid basketball team has once again achieved a magical feat. In eight seasons the team has lifted another 17 titles, including two European Cups".

Demands on ourselves
"What we've experienced has been unforgettable. But we're Real Madrid and it's our duty to have faith in achieving what appears to be impossible. That's what we understand madridismo to be: always thinking about the next challenge and a new and exciting challenge. This saw a work ethic instilled in us that sees us place demands on ourselves, have an attitude of non-conformity, all of which was set out by the great creators of the iconic club that is Real Madrid".

Role model
"Real Madrid today continues to be the major role model in the world of sport. We've equipped our club with a modern and efficient organisational system that's been key to achieving a solidity and strength that sees us retain our place as leaders of the major world rankings. That provides us with the guarantees that we should stand by our model. We're a universal club, whose owners are its members".

Legends
"Today, as always, we remember, key figures, like our dear president Santiago Bernabéu, the unforgettable Alfredo Di Stéfano, and our dear honorary president, Francisco Gento, who's unable to be here with us today but sends warm regards to all of those being recognised".

Santiago Bernabéu
"We want the Santiago Bernabéu to be the best stadium in the world. Thanks to our resources it will be the great stadium of the 21st century. It'll represent a role model from an architectural point of view and will boast cutting-edge technology, whilst also offering a source of revenue. It'll be the pride of all madridistas".

Real Madrid Foundation
"We have an outreach commitment to the most needy. Just a few days ago, the Real Madrid Foundation received the AENOR and Management Excellence Club-endorsed European Seal of Excellence. Since its inception, our Foundation has had a presence in 100 countries and has helped over a million people throughout all of these years. Each year, we run over 1,000 socio-sporting projects across the world. The Foundation continues to be the world's biggest charity organisation offering an education in values through sport". 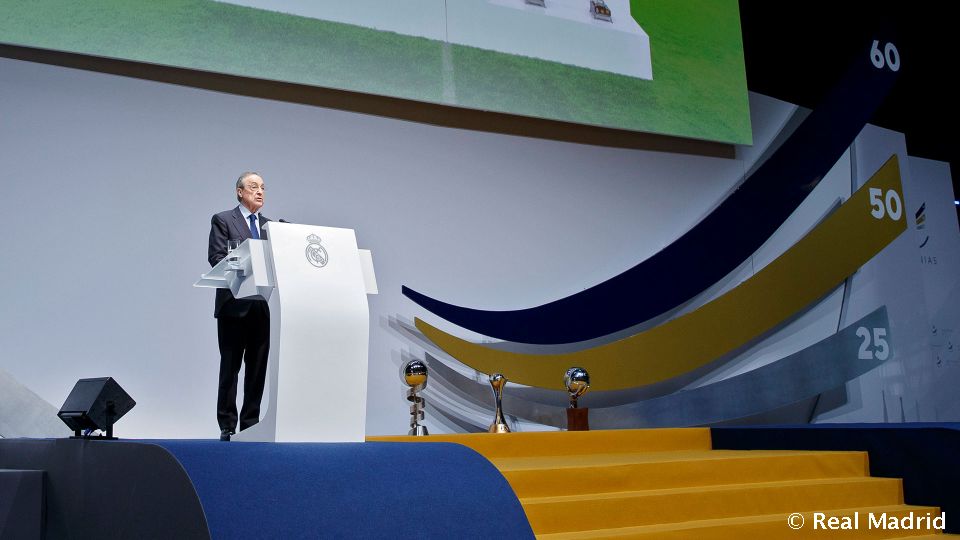 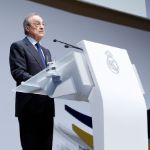