Laso's men head to La Fonteta in search of a fifth consecutive win in the league to maintain their position in the upper part of the table (6:30pm CEST).
Not even 48 hours on from their clash with Olympiacos in Athens, Real Madrid face another tough fixture on the road. This time, the Endesa League sees them cross paths with Valencia Basket at La Fonteta (6:30pm CEST). Pablo Laso's team will be seeking a fifth successive victory in the competition to retain their position towards the top of the pile.

Our team are enjoying a superb start to the League campaign, coming out on top over San Pablo Burgos, MoraBanc Andorra, Obradoiro and Lenovo Tenerife. The madridistas will be hoping to continue this fantastic run in rival territory to extend their unbeaten streak in the championship. The head-to-head record between the two clubs sees Real Madrid on 59 wins from 86 games.

Madrid have been particularly strong in defense in recent games, conceding the fewest points in the league to date. Poirier, the competition's leading rebounder (averaging 7.8) has been outstanding in this regard. The French point guard's efforts are aided by Tavares, who leads the block figures on 3.3 per game. These numbers will be absolutely vital in containing a potent Valencia Basket offense.

Valencia Basket
Despite two home defeats to Baskonia and UCAM Murcia, the madridistas will have to be at their best against Peñarroya's outfit. The hosts boast huge talent in their ranks, with players like Dubljevic (21.4 PIR per game) and Claver (12.5 points). They'll also have to keep a very close eye on Dimitrijevic, who is averaging 12 puntos and 7.3 assists over his last four league appearances. 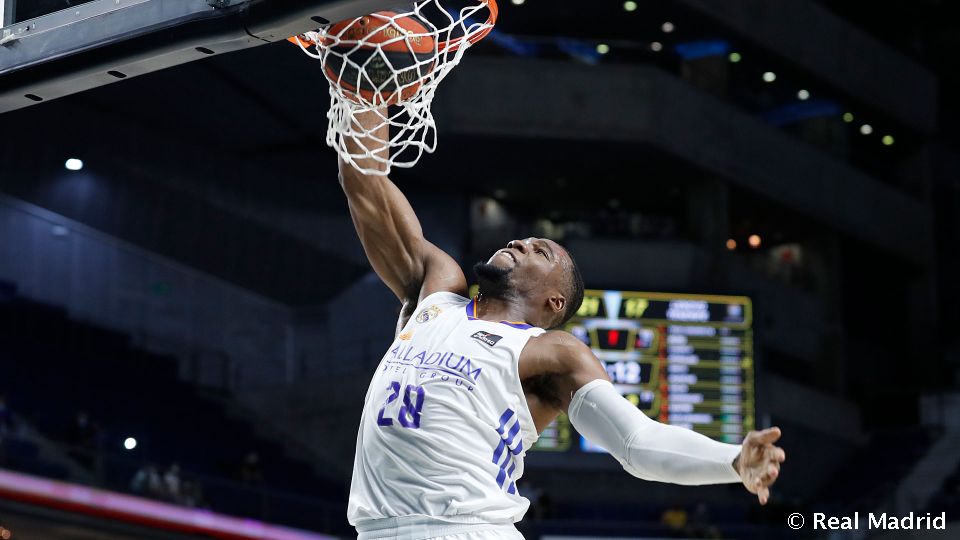