A three-pointer from Herreros capped an incredible comeback against Baskonia in the fifth matchup of the final series (69-70).
Today marks the 16th anniversary of Real Madrid's 29th basketball league title - one that will always be etched in the memory of madridistas because of the way it was clinched. On 26 June 2005, the Whites edged out Baskonia in Vitoria in the fifth match of the final series to secure the title 3-2 on aggregate, thanks to a historic comeback that culminated in a three-pointer from Herreros to win 69-70.

Just when all seemed lost with the score at 69-61 with 50 seconds to go, Real Madrid produced a miracle. First a three-pointer from Gelabale (69-64), Scola then missed on the next attack and Hamilton made it 69-66. The hosts lost the ball on the baseline with 17 seconds left and fouled Sonko, who missed the first free throw but converted the second (69-67). The visitors lost possession again with 14 seconds left and Real Madrid recovered the ball. Hamilton drove to the basket and set up Herreros, who fired in a legendary three-pointer from the corner to make the final score 69-70 with 6 seconds to go. Baskonia missed the last shot and the Whites pulled off one of the most spectacular comebacks in the history of the league. 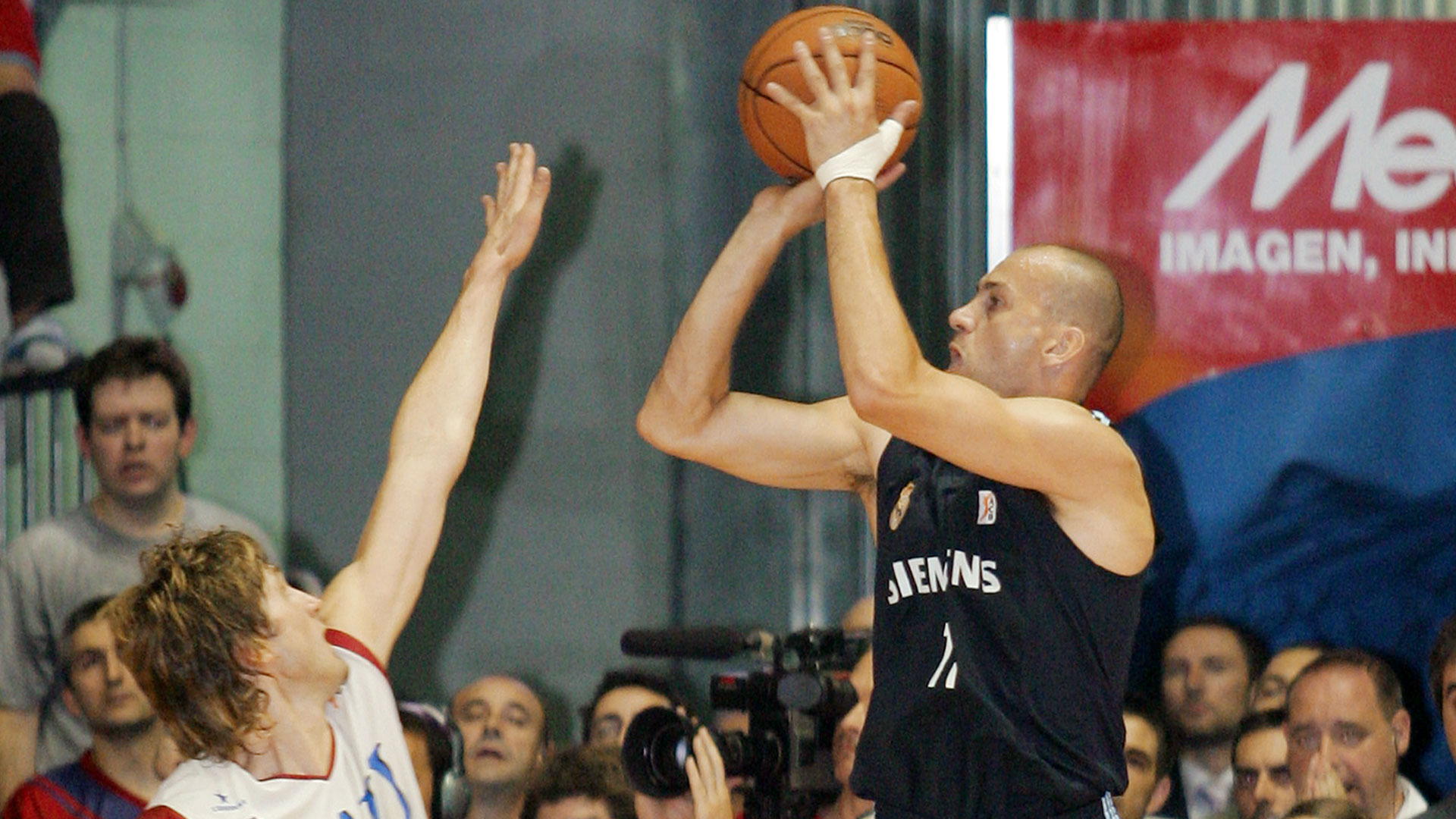 Maljkovic’s troops finished in second place in the Regular Season, before knocking out  Joventut (quarter- finals) and Estudiantes (semi-finals) in the playoffs before taking on Baskonia in the final series.
Search