This latest Copa del Rey victory adds to Real Madrid's legacy. This win, which was secured through no shortage of effort, as the Whites prevailed in the three one-off games to take the crown. Firstly, the Whites produced a comback and went to overtime to beat MoraBanc Andorra (99-93); next up, they saw off the hosts, Baskonia, again requiring overtime to seal the deal (99-103); finally, in the final, the Whites got the better of Valencia Basket (97-95) at thr Buesa Arena to claim the 27th Copa del Rey success in the club's history.

The Whites endured some tough spells in Vitoria, but they evidenced all of their pride and fight to overcome adversity. The final against LosTaronja, which was a hard-fought contest from start to finish was tipped in Madrid's favour by Llull , who made 10 points in the final two minutes. The Whites' star was ably supported by Randolph and Ayón, who were both instrumental in the win.

Llull was named as the tournament's MVP

"I don't like missing out on anything, the coach and my teammates trust me and I like to take on the responsibility", stated Llull, who drove the team on single-handedly from the start of the competition and ended up being named as the MVP . The shooting guard, who bagged this distinction for the second time, following on from his feats in 2012, led Real Madrid in the three games, with an average of 22.3 points, 6.3 assists, 2.7 rebounds and a PIR of 22. This is the first time that these stats have been recorded by any player in 20 seasons. What's more, Llull also became the Madrid's top three-point scorer in the Copa del Rey.

Real Madrid claimed the fifth Copa del Rey crown and the fourth in a row since Pablo Laso's took over the reins in 2011. In this period he has led the team to 13 titles and this title represents the club's 27th Copa del Rey triumph as Madrid confirmed their status as the undisputed kings of the competition. The final buzzer sounded and the joy amongst the players and coaching staff exploded on the court at the Buesa Arena. The party then continued in the Whites' dressing room, where president Florentino Pérez paid a visit.

This triumph was achieved as a result of hard work and suffering but the title now proudly takes its place in the Whites' trophy cabinet. The day after the victory saw the visits to the government institutions: first up, it was a trip to the Comunidad de Madrid, where the roster shared in their triumph from the balcony of the government headquarters with the Whites' fans, from here the team headed to the City Council and lastly it was back to the Santiago Bernabéu, where the players gathered for a photo out on the pitch.

The now-historical weekend in Vitoria was capped off with further joy for the basketball department as the Infantil A team downed Unicaja (64-85) to take the Minicopa Endesa for the fifth year in a row, becoming the most decorated club in the process. Forward Kostantin Kostadinov was named the tournament's MVP  and alongside his teammate, Diego Maganto, featured in the competition's Best Starting Five. This victory marked a further success story for the Madrid academy. 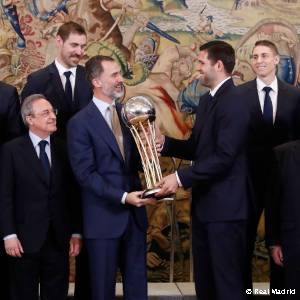 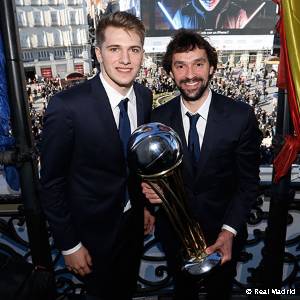 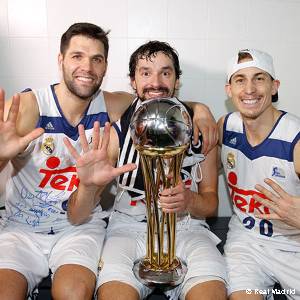 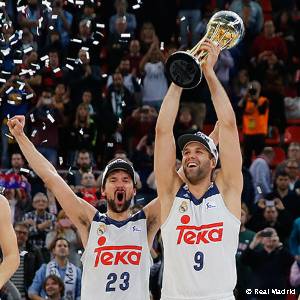 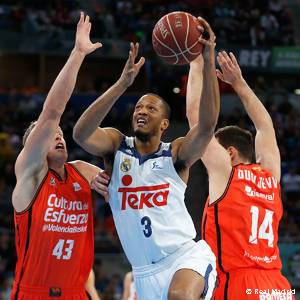 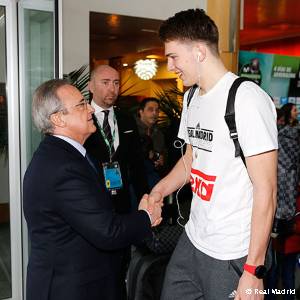 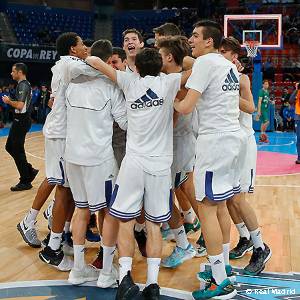