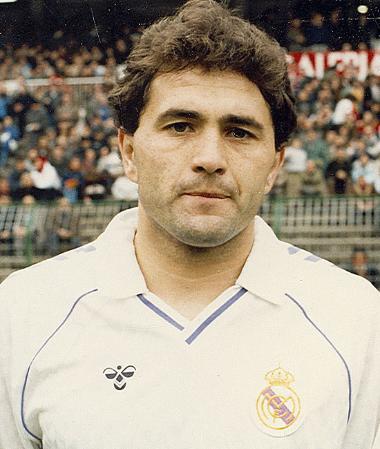 Rafael Gordillo was one of the star signings made by Ramón Mendoza and had already starred for Betis and Spain. His quality, commitment and charisma on and off the pitch meant that he was admired by everybody, and his characteristically laid-back look, with his socks rolled down and his peculiar style of running, made him a much loved character among the fans.

At the age of 28, Gordillo arrived at the Real Madrid of the ‘Quinta del Buitre’ (‘The Vulture Squadron’) and his first season was rather disappointing due to the injuries he picked up and that left him out of action for most of that year.

Once he had recovered, in the 1986-87 season he began to play regularly in what would become one of the best teams in the club’s history and one which would come to dominate Spanish football by winning five consecutive Ligas. In June 1992, he left the club for his first home at Betis to help them gain promotion to the First Division.

He also enjoyed a brilliant career with Spain and won 75 caps whilst managing to play in two World Cups (Spain 82 and Mexico 86) and three European Championships (Italy 80, France 84 and Germany 88). The highlights of his international career were the second place in the 1984 European Championship in France and the famous 12-1 victory over Malta that qualified Spain for that tournament. 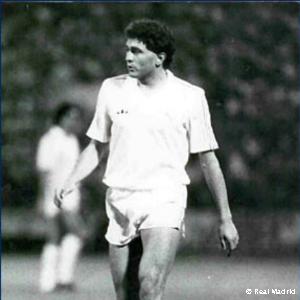