Unable to beat Barcelona in the final at the King Fahd Stadium in Riyadh.

Real Madrid were beaten in the Spanish Super Cup final in Riyadh. Both sides had good chances at the start of the game. Barcelona had the first attempt after 13 minutes with a well-struck effort from Lewandowski from the edge of the area which saw Courtois produce a great save, with the ball crashing against the post. Ancelotti's side then put together a good team move five minutes later, ending with Mendy's cross which Benzema nodded inches wide.

The match took a bad turn for Real Madrid and they went in at the break two down thanks to goals from Gavi and Lewandowski. After the break, the team looked to press high and Barcelona almost took advantage of that in the 51st minute but Courtois came out on top in a one-on-one with Dembélé.

A third goal by Pedri in the 69th minute put the game to rest. Real Madrid looked to reduce the deficit with long-range strikes from Kroos and Asensio, but their efforts were well caught by Ter Stegen. Rodrygo went close on 79’, but his cushioned header was superbly tipped away by the German goalie. The madridistas kept searching for a consolation goal until the dying seconds and got their reward when Benzema pulled one back (1-3). 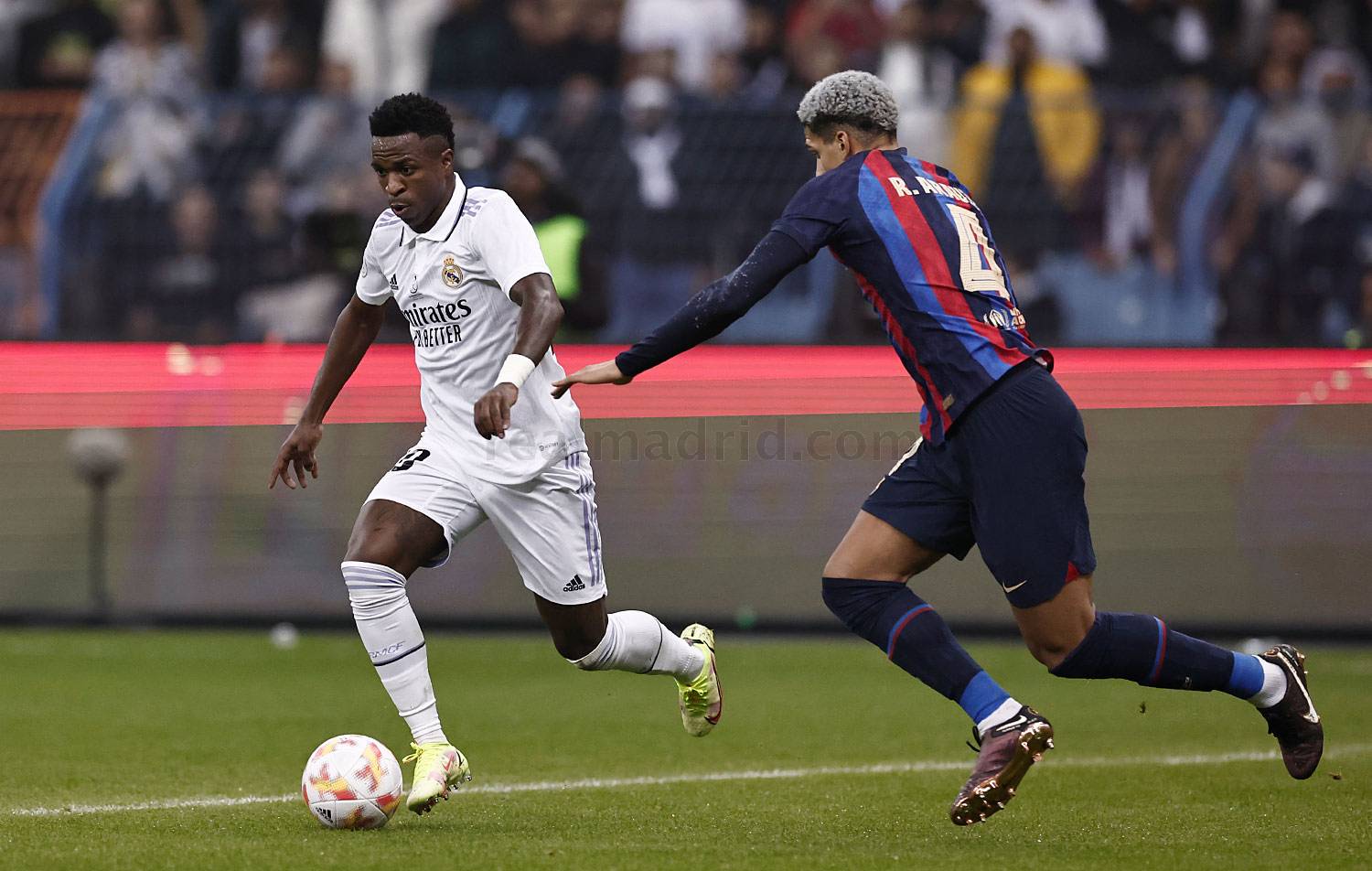 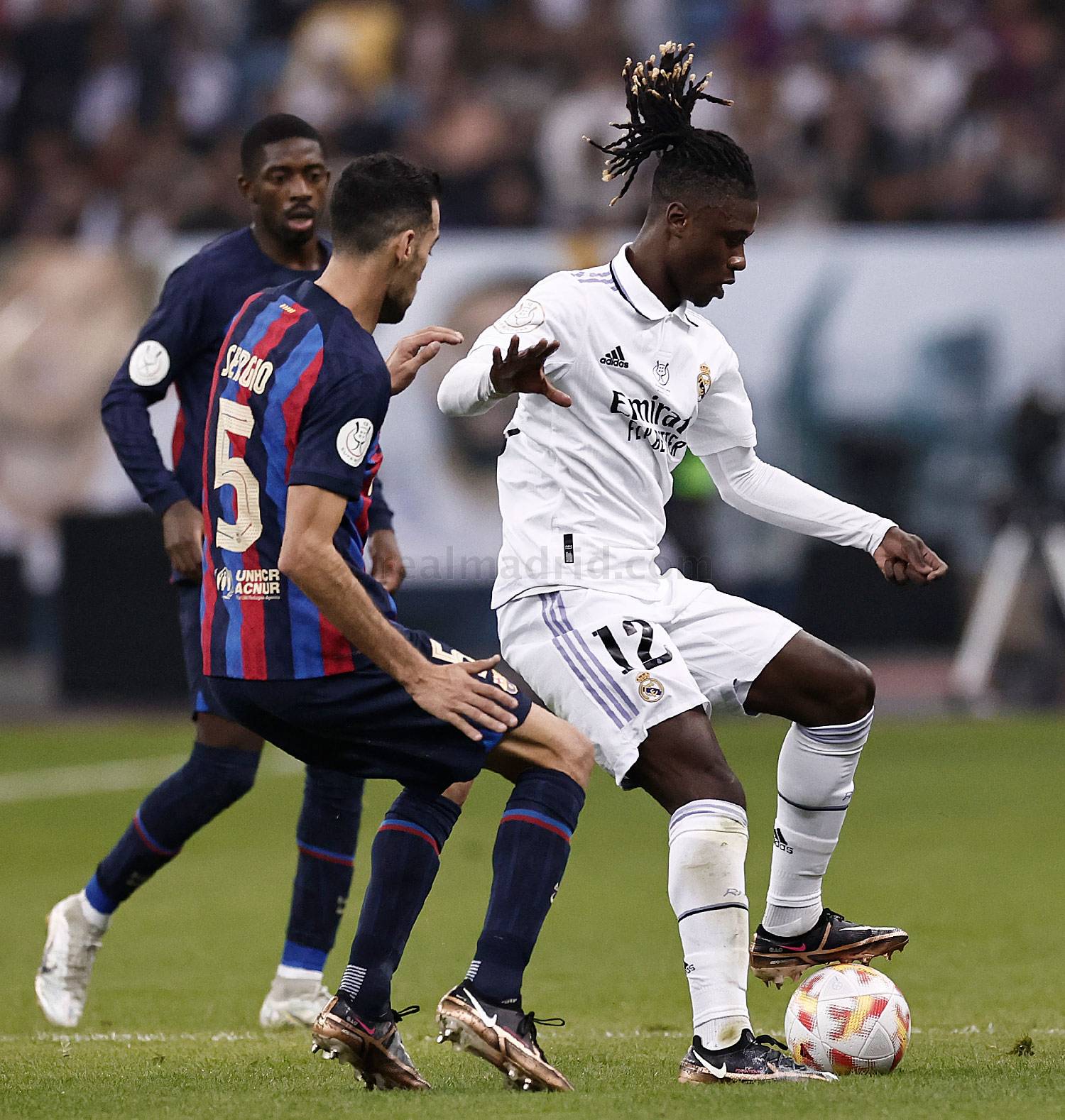 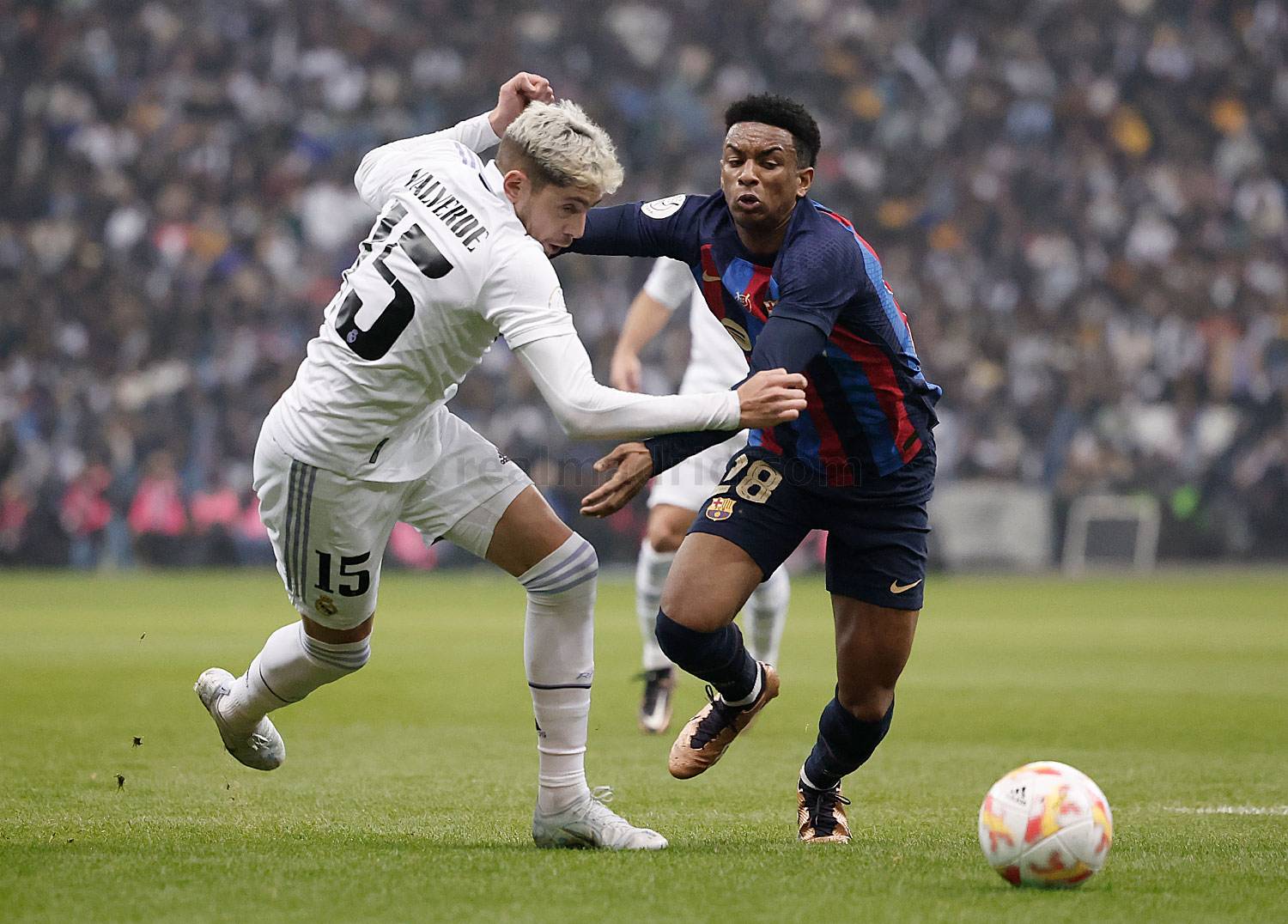 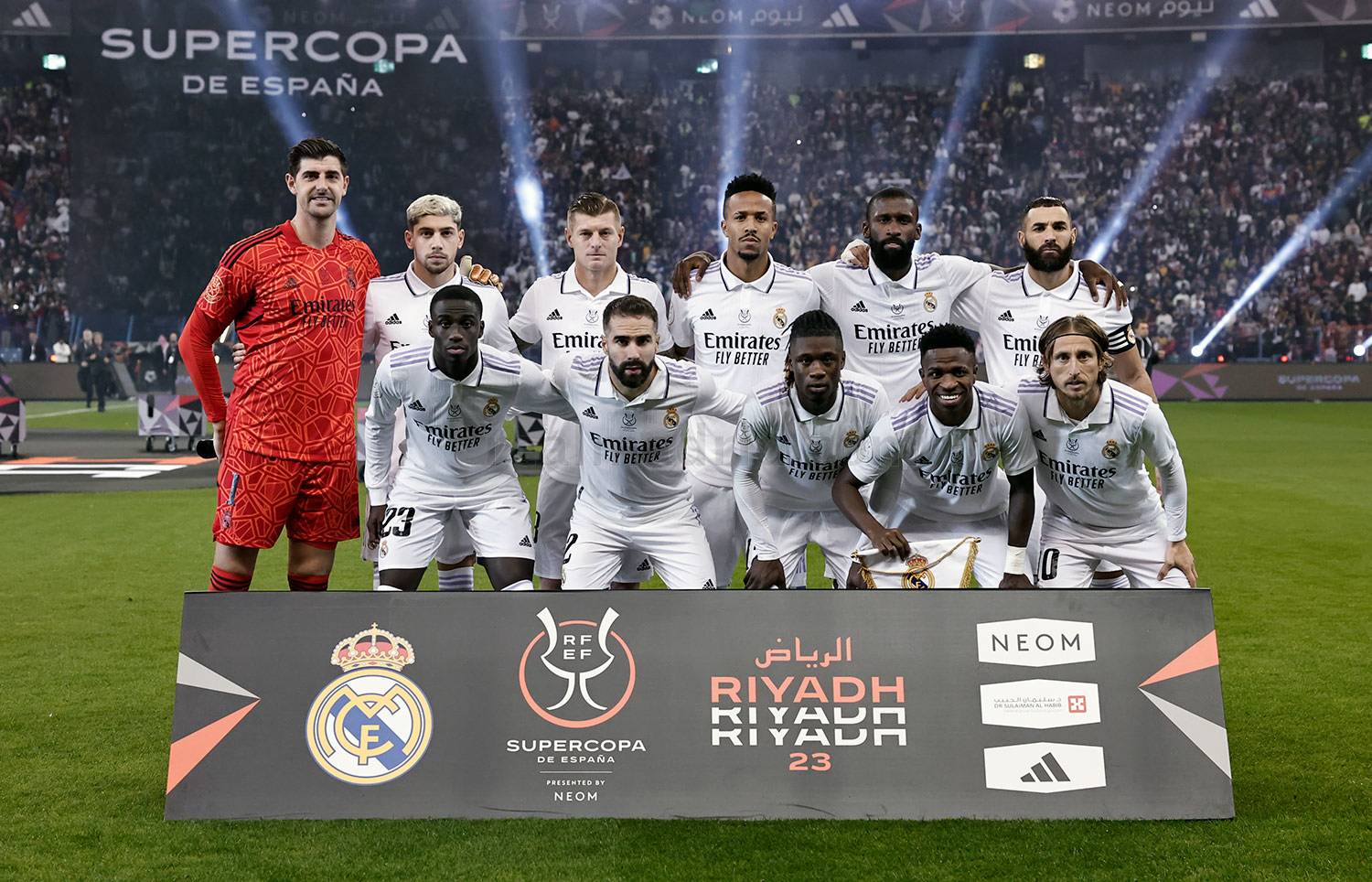 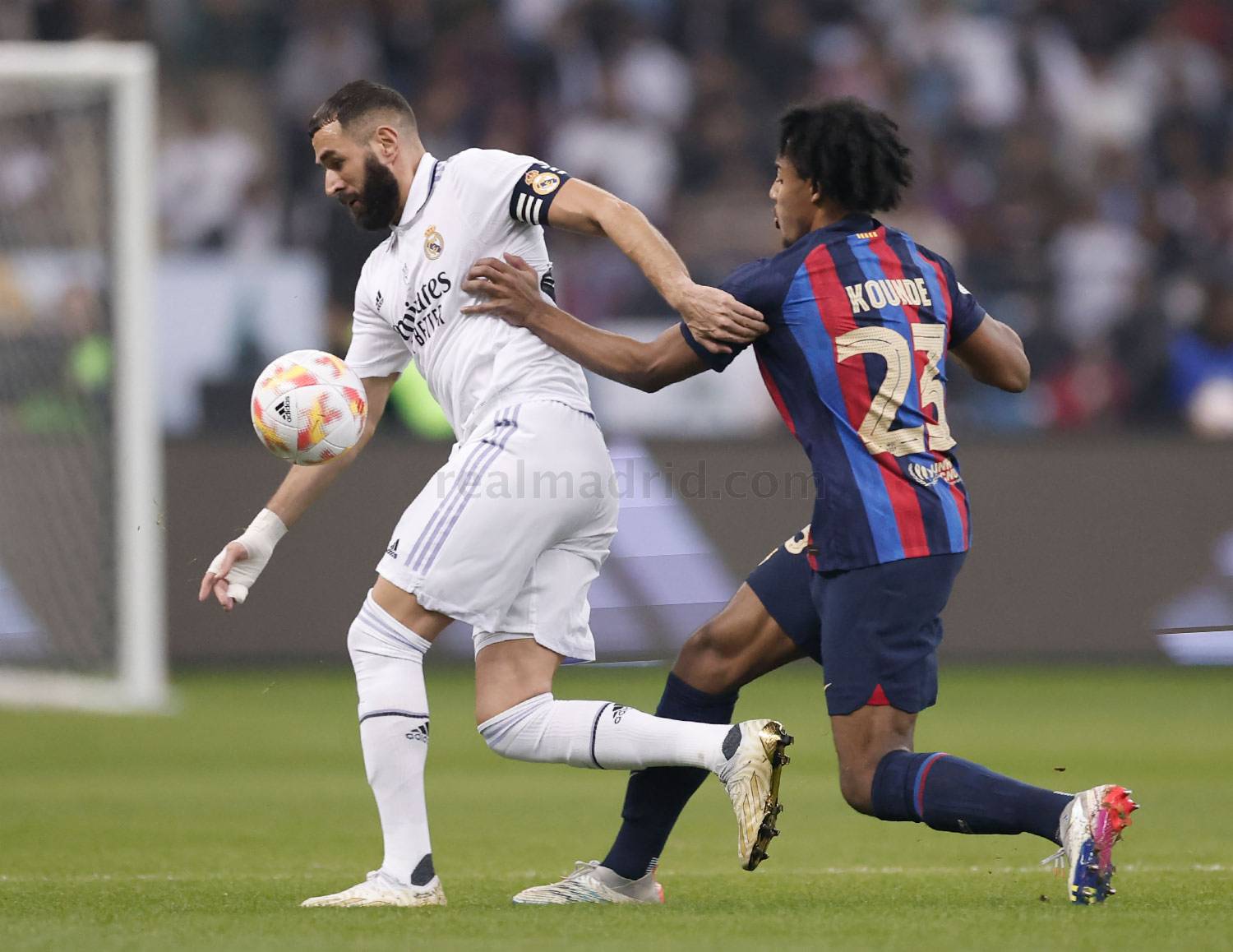 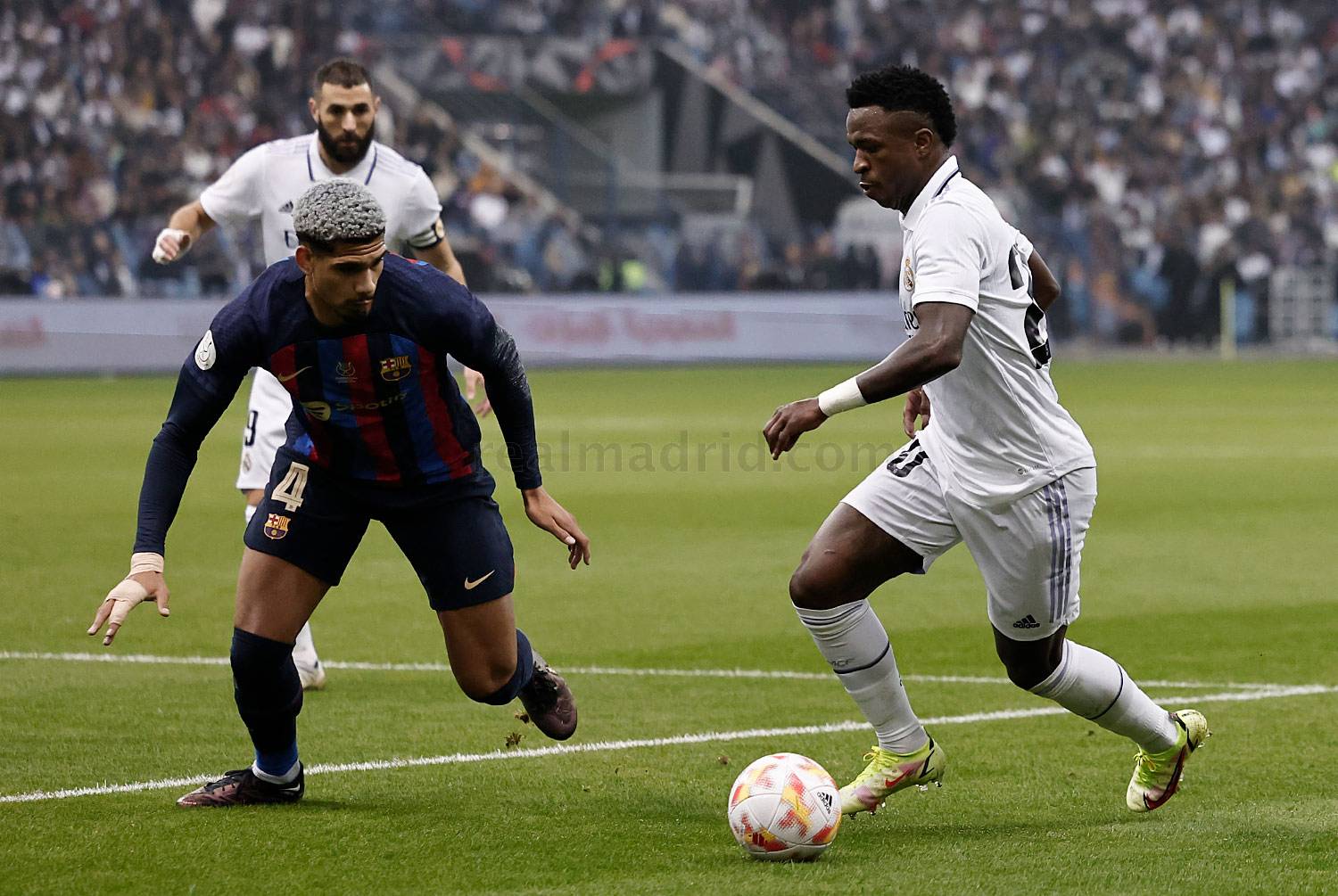 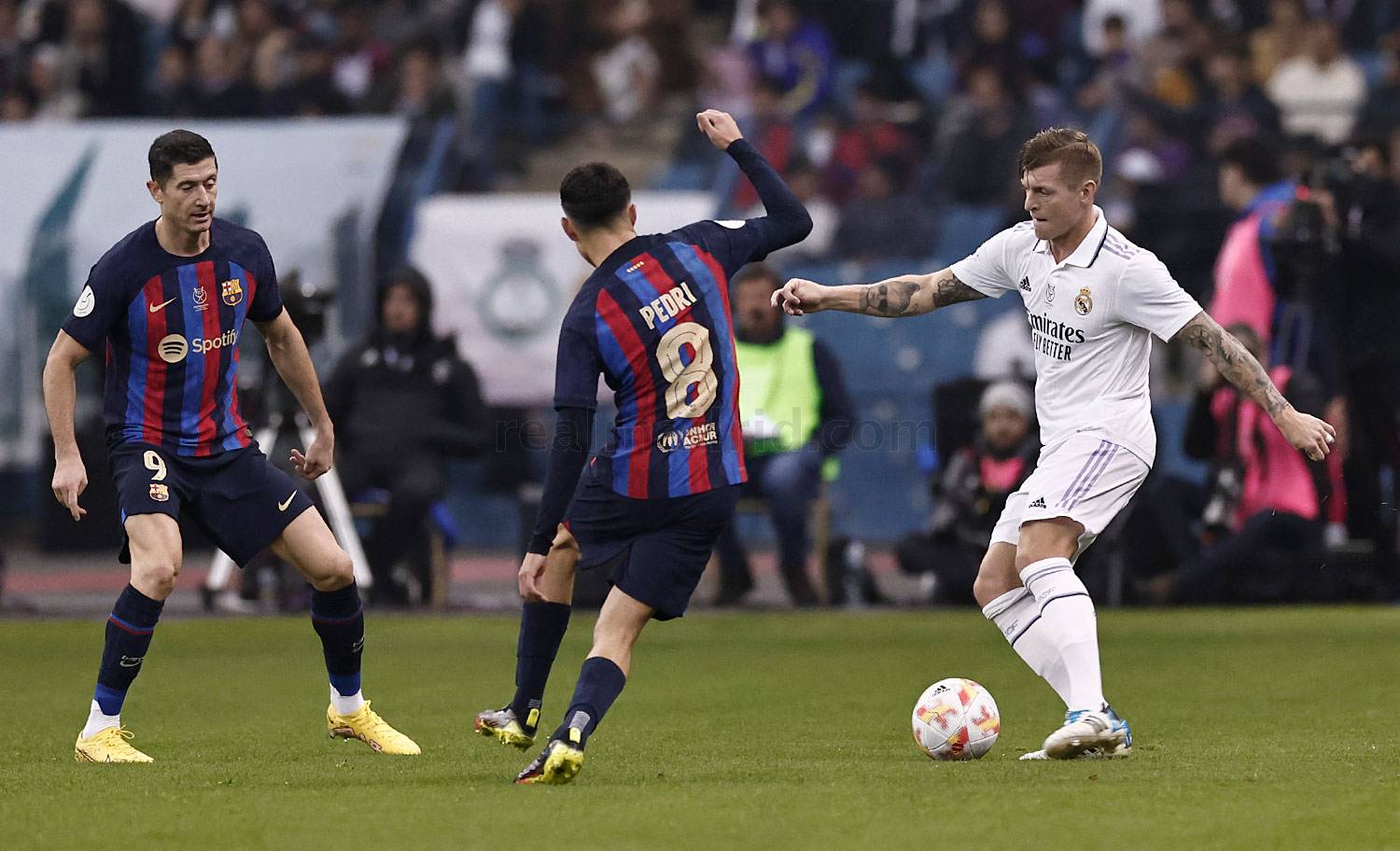 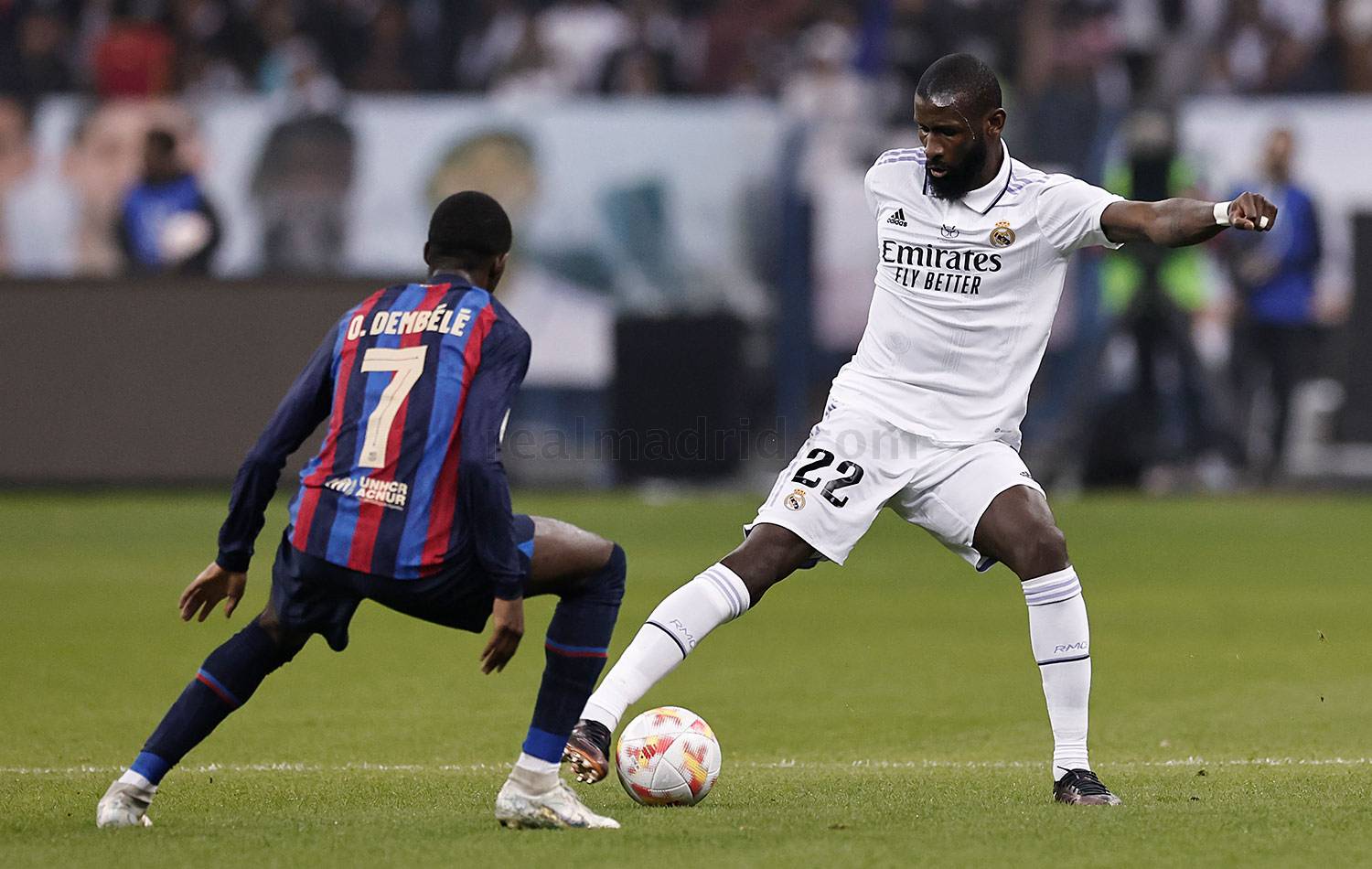 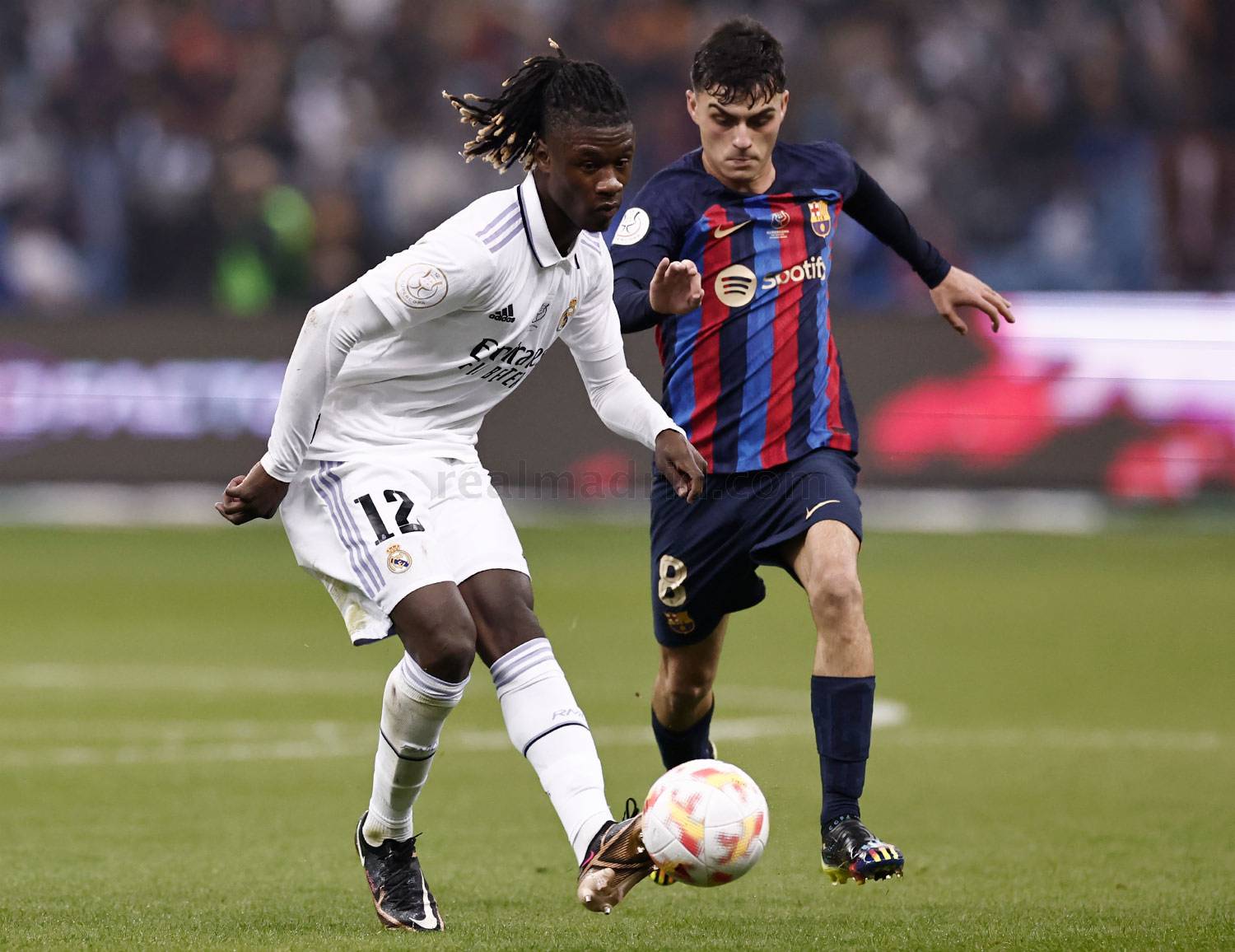 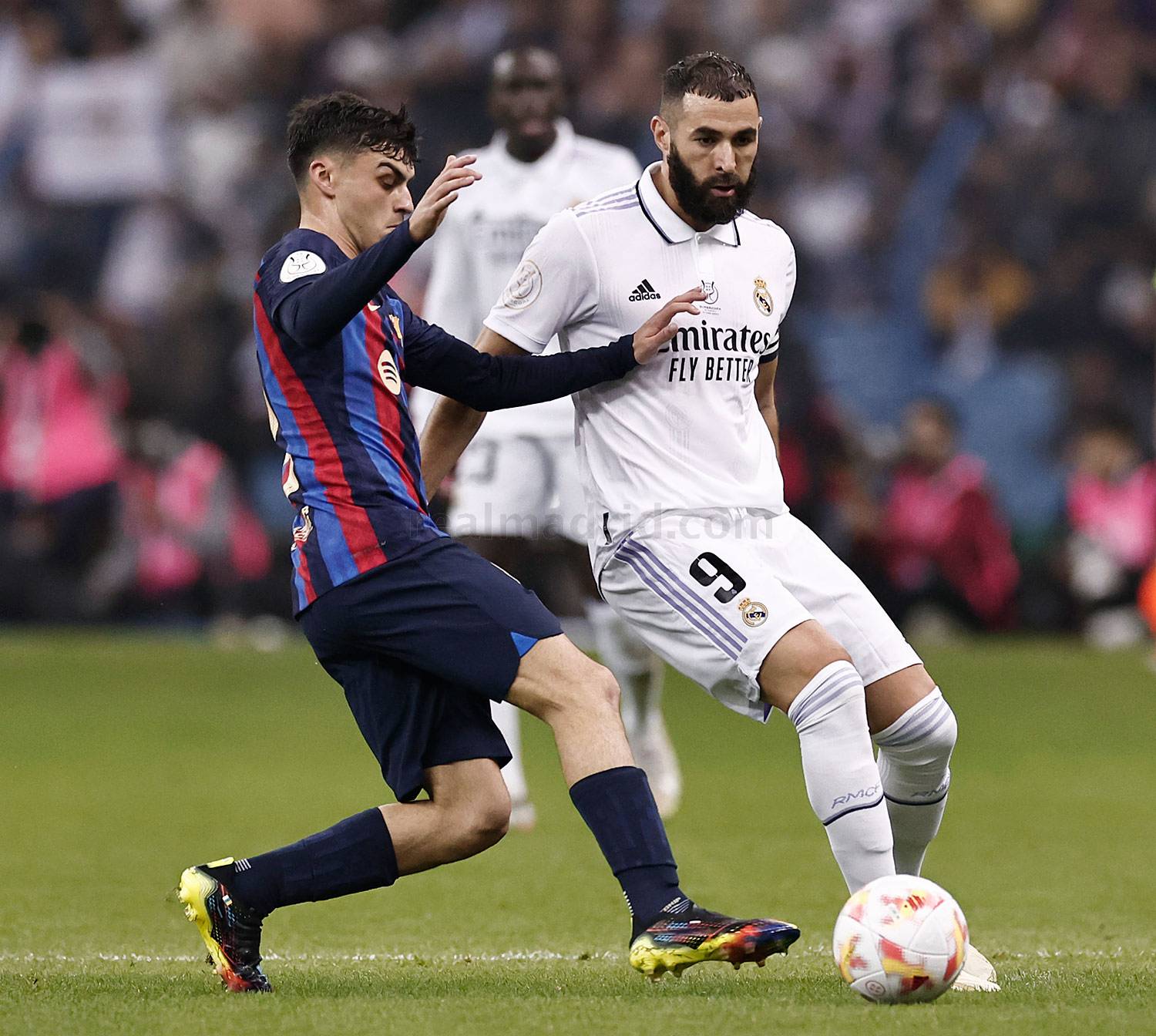 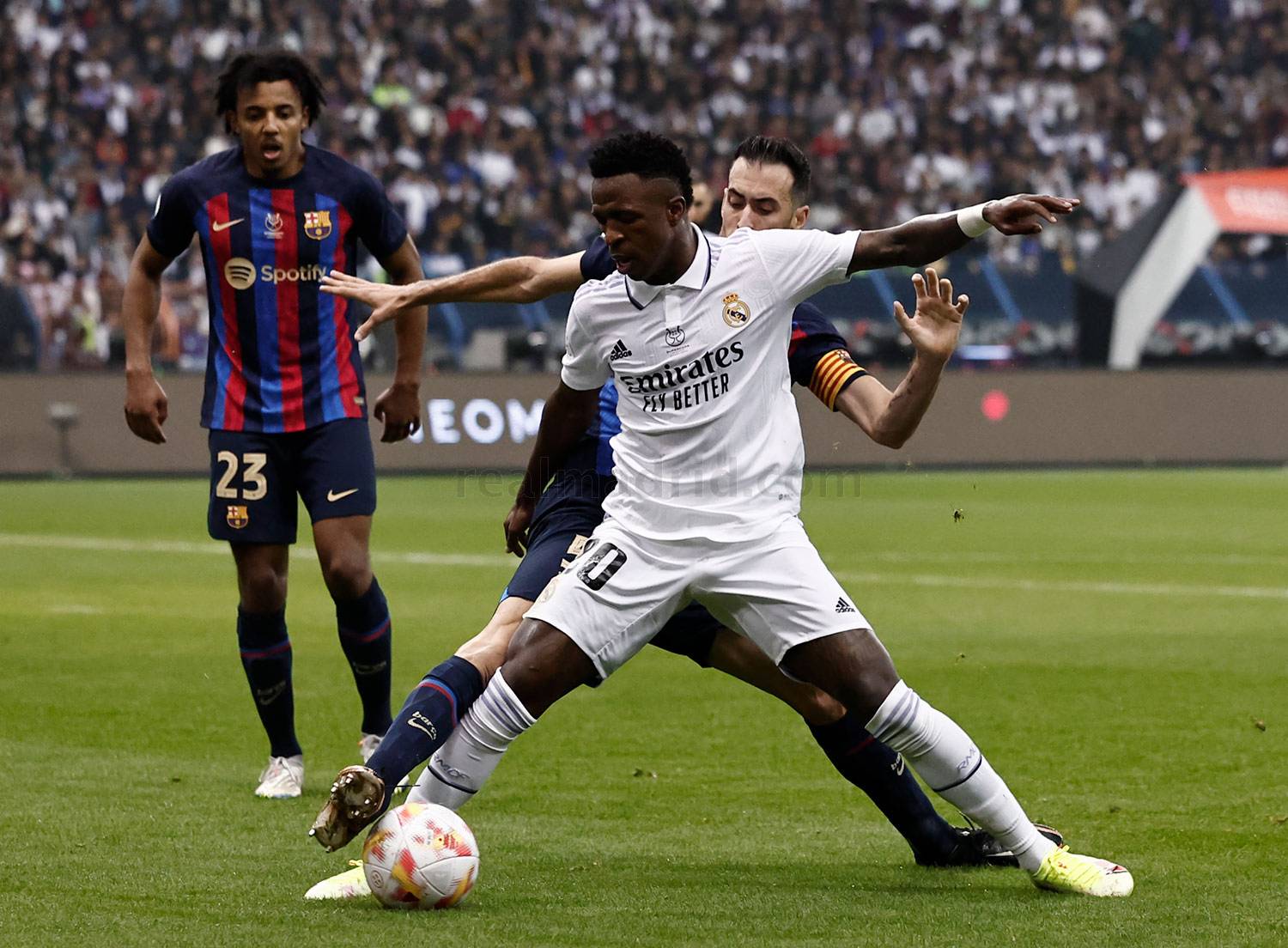 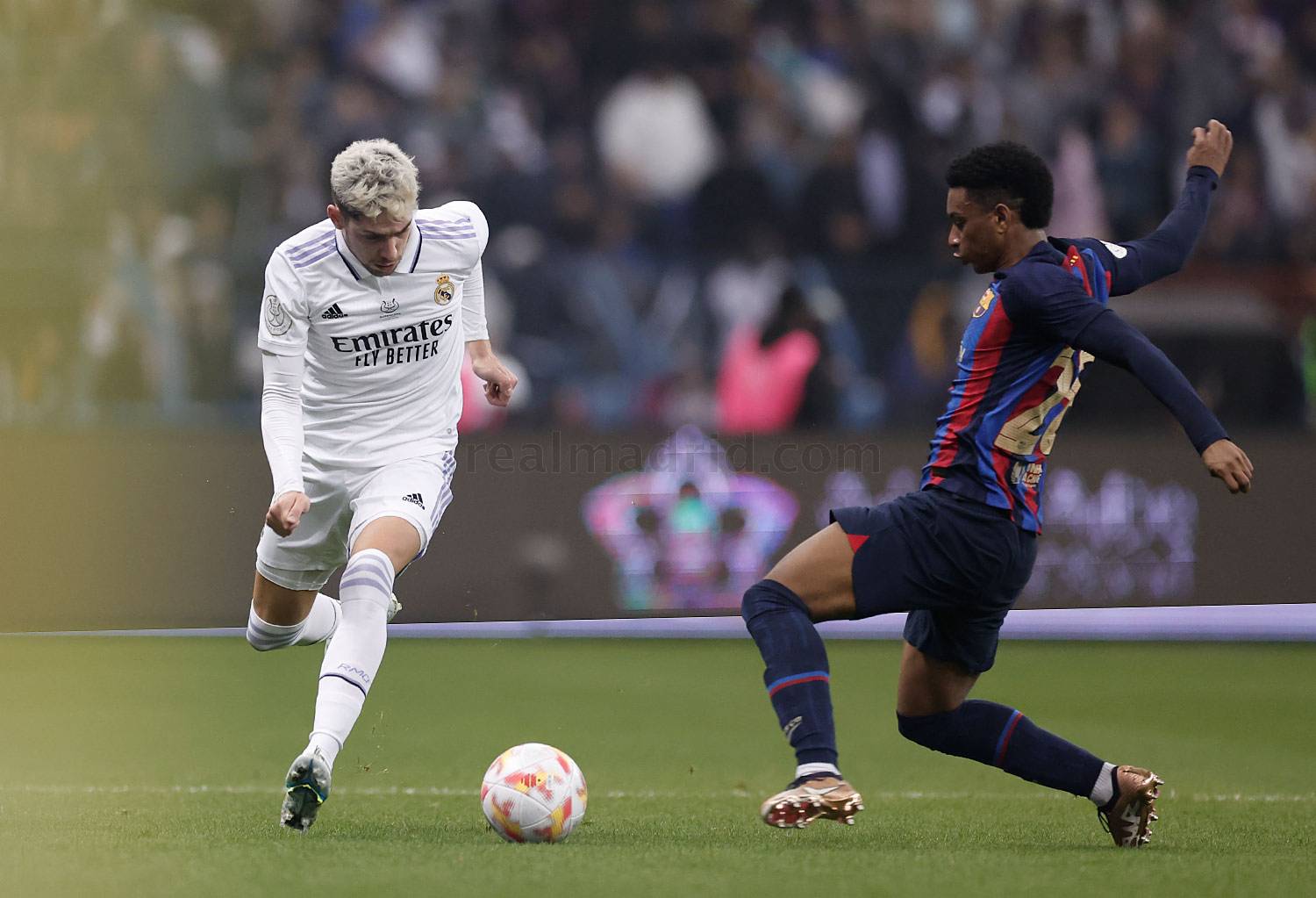