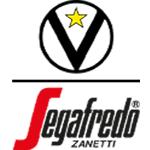 The Whites came close to turning the score around in the final mintes. Deck was the team’s standout performer with 34 in PIR.

Real Madrid were unable to overcome Virtus Bologna on round five of the EuroLeague. Chus Mateo’s side got off to a strong start and opened up a ten-point lead in the first half, but the visitors improved after the break and emerged victorious from the WiZink Center. The madridistas threw everything at the Italians but it wasn’t quite enough. Deck produced his best display as a Madrid player, racking up 28 points and 34 in PIR. Tavares finished in double-digit scoring (13 and 10 rebounds), while Hanga made his return to the team after a month on the sidelines.

The matchup began with both sides struggling to chalk up points in what proved to be a highly physical contest (7-7, min.6). However, the hosts soon found their rhythm in attack and began to move to ball quickly to find a balance with inside and outside play, whilst dominating the rebounds.
Tavares was in control in the paint (5 points and 5 rebounds), drawing fouls from the Italian defence, while Deck contributed to the scoring with his bursts through the defence. The introduction of Hezonja and Cornelie meant Madrid posed more of a threat from the perimeter, and two three-pointers apiece took the score to 30-20 in the 12th minute.

Super Mario
The biggest problem for Madrid was the fact that they had accumulated too many fouls in the point guard position. Hanga, appearing in his first game of the season, and Llull, committed their second foul in the first quarter. Virtus improved, spearheaded by under Teodosic and their presence in the paint was matched by Bako (10 points), who began to dominate the offensive rebounding. Coupled with a more aggressive performance, Scariolo's men reduced the deficit to 2 points (40-38 min.18). Another 5 straight points from Hezonja, in a display of offensive prowess (13 in 7:31 minutes and just one missed shot), helped his side to go into the break ahead (45-41).

But Madrid continued to be careless at the back and conceded easy baskets near the hoop. This gave the Italians wings and, led by Jaiteh and Ojeleye, managed to come back and reach an 8 point advantage at 57-64 in the 27th minute. It was Deck, with his tenacity and grit that held the home side together, closing it down to two points before a controversial decision from the referees awarded a basket after a lay-up from Pajola that was cleared by Tavares at the net (64-68, 30th min).

Not enough time
The whites’ reaction came late. Another good start to the quarter from the visitors made the game an uphill struggle. Real Madrid couldn’t finish their plays, which their rivals took full advantage of to continue to increase their lead with Lundberg and Cordinier (67-82, 34th min). 15 points down, our team’s pride and grit came out. They went all out and battled for the come-back. Yabusele, Musa, and above all a spectacular Deck, who ended up with an index rating of 34 in his best game to date in a white shirt, allowed the WiZink Centre to dream. A three-pointer from Hezonja made it 91-93 just 14 seconds from the end, but Virtus held on to take the win from the free throw line (92-95, 40th min). Time to turn the page as league action resumes in just short of 72 hours. 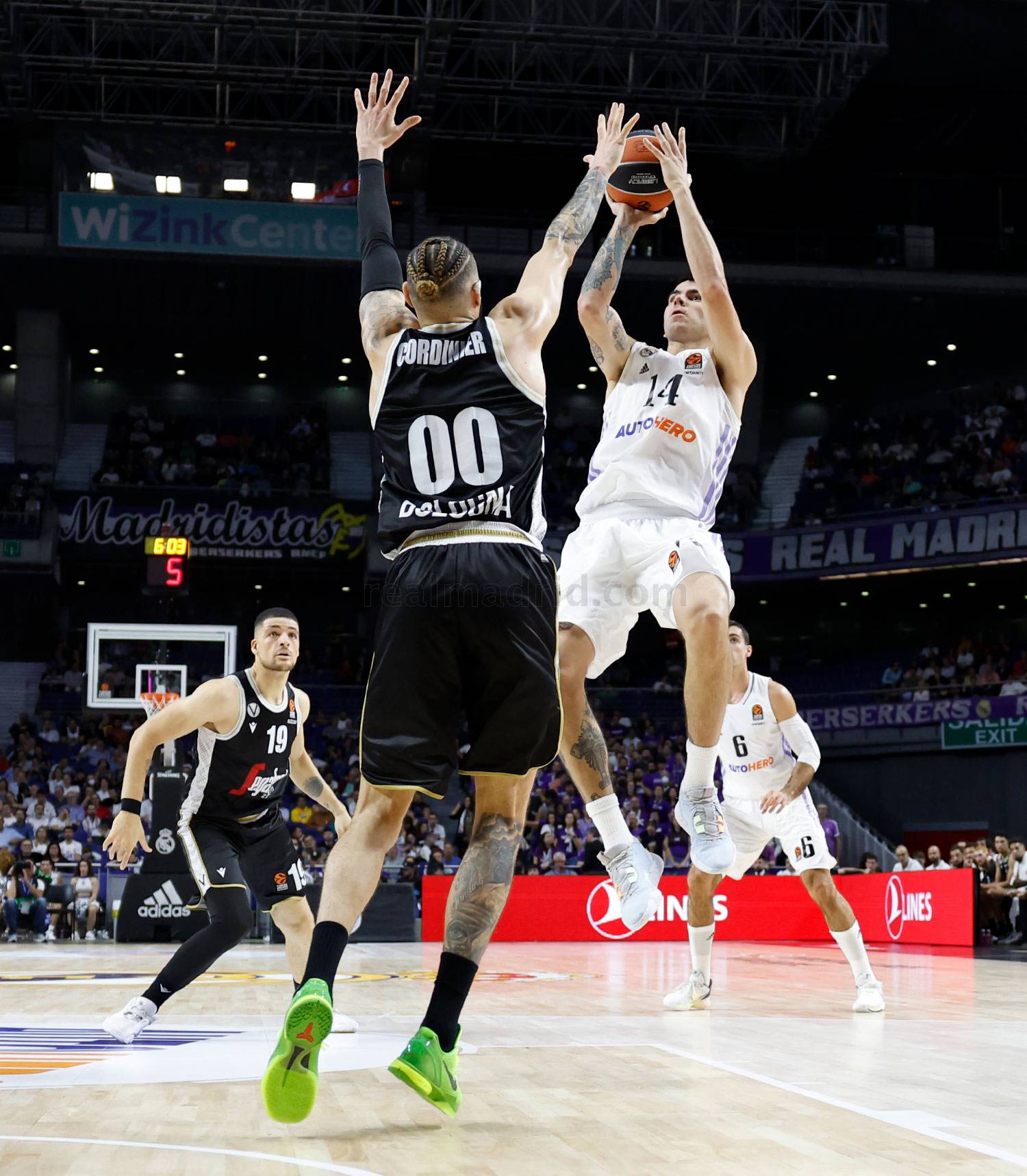 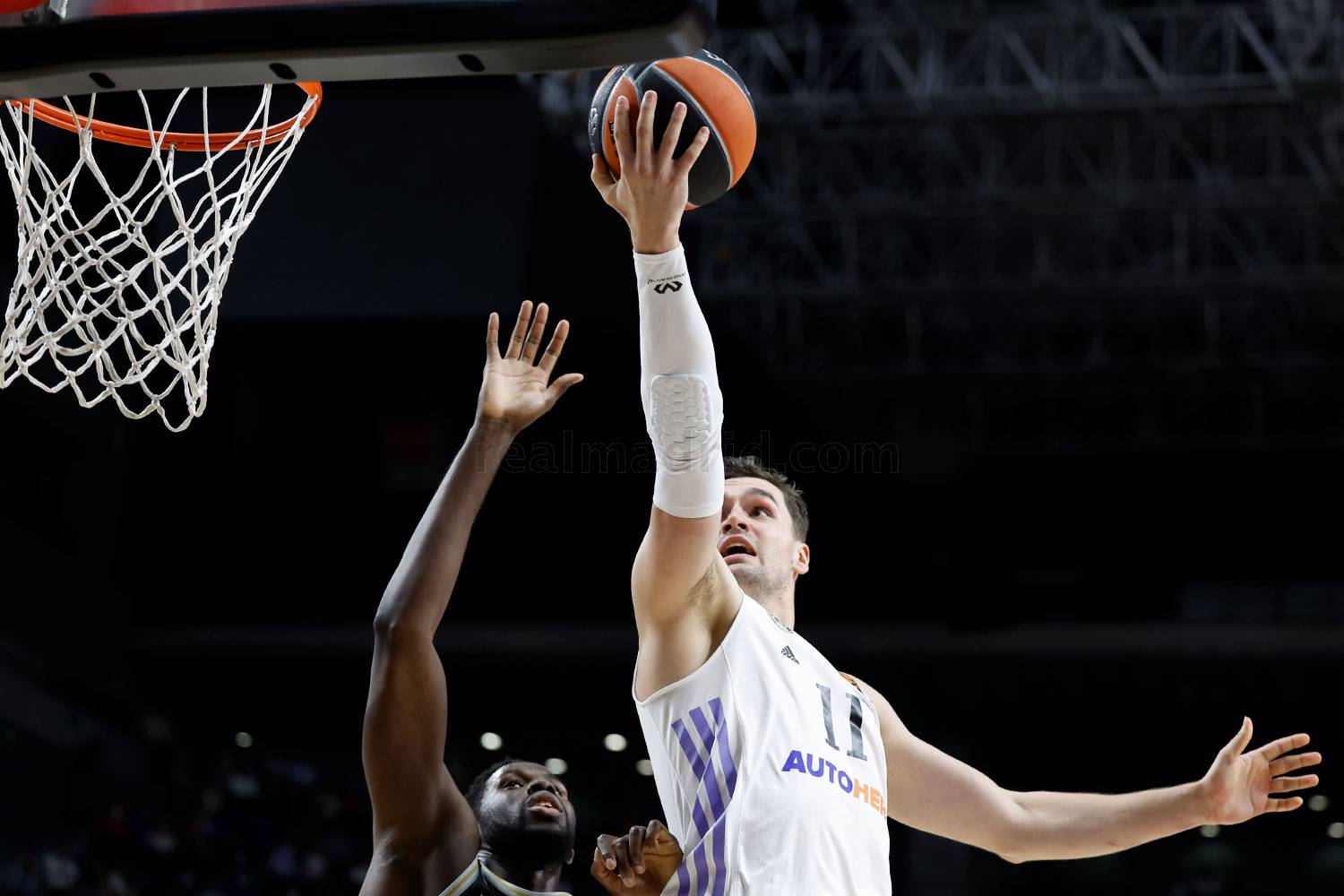 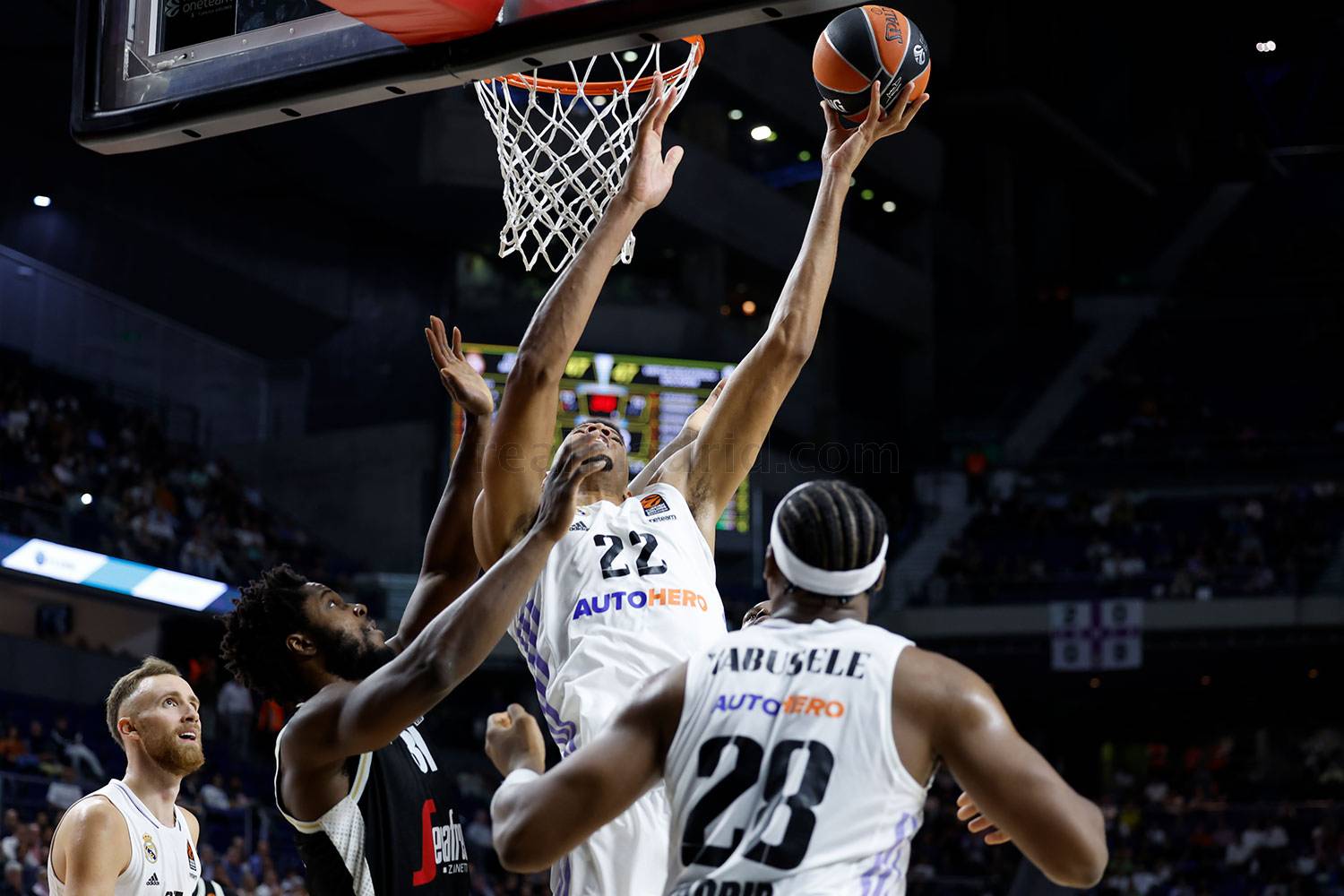 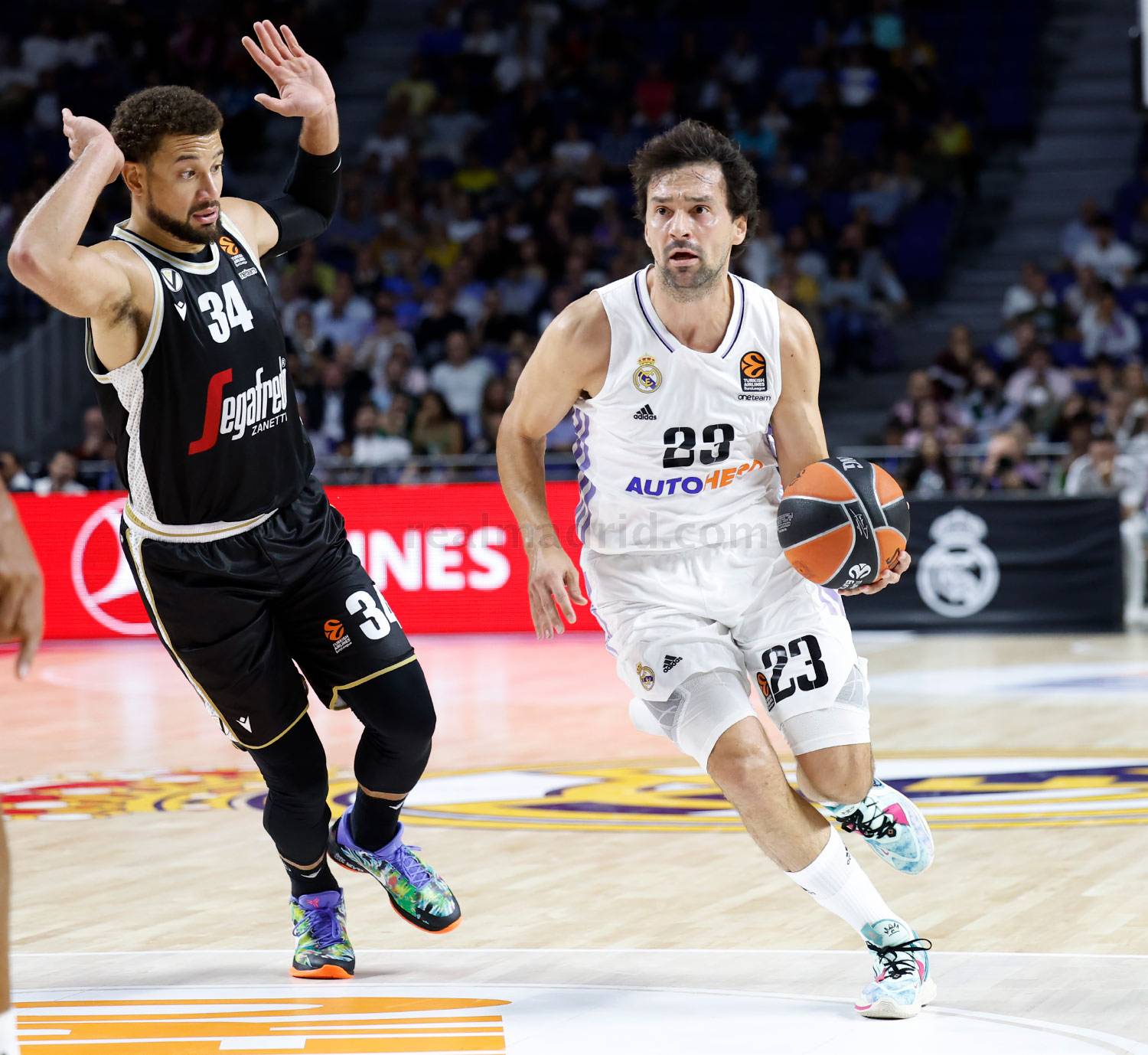 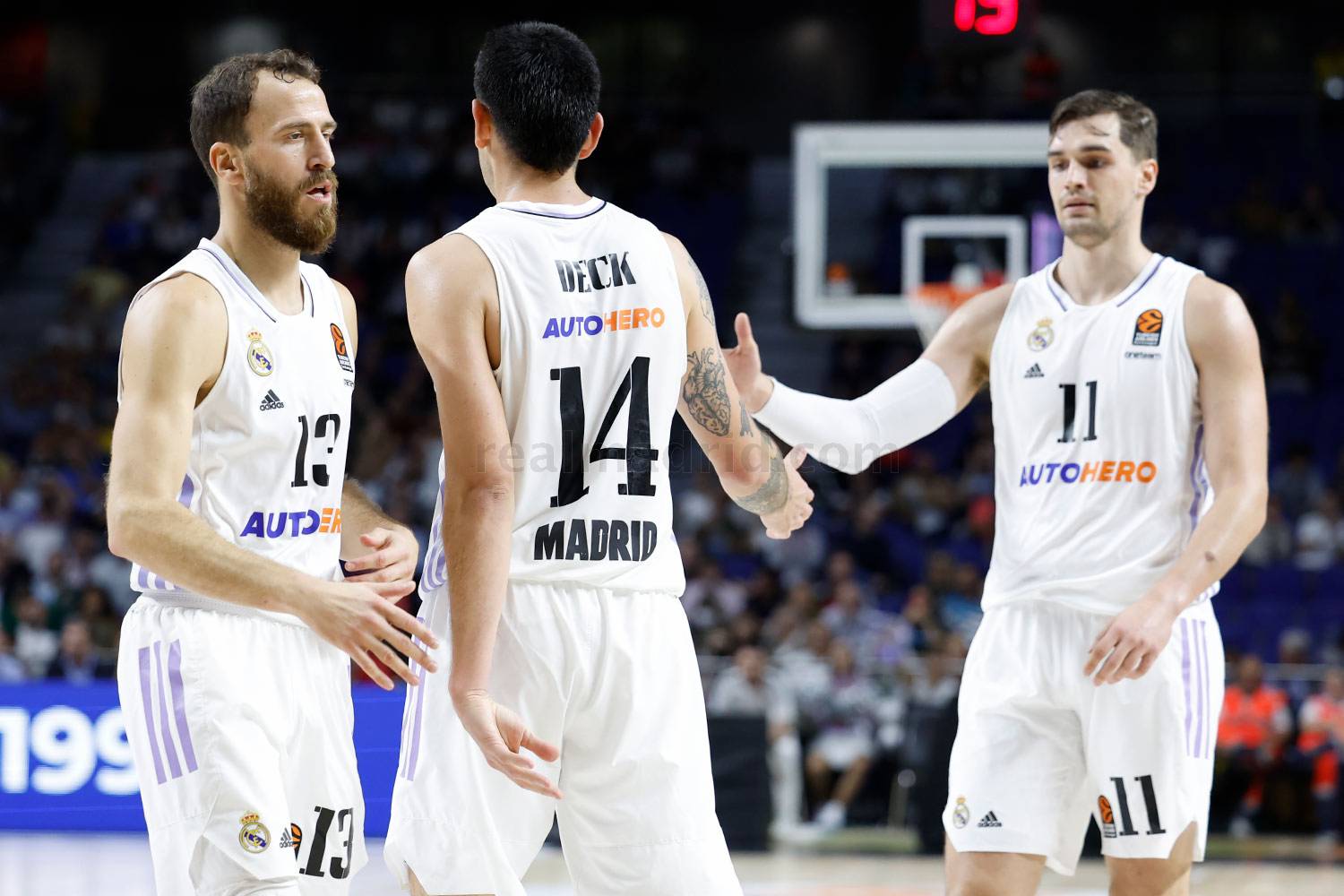 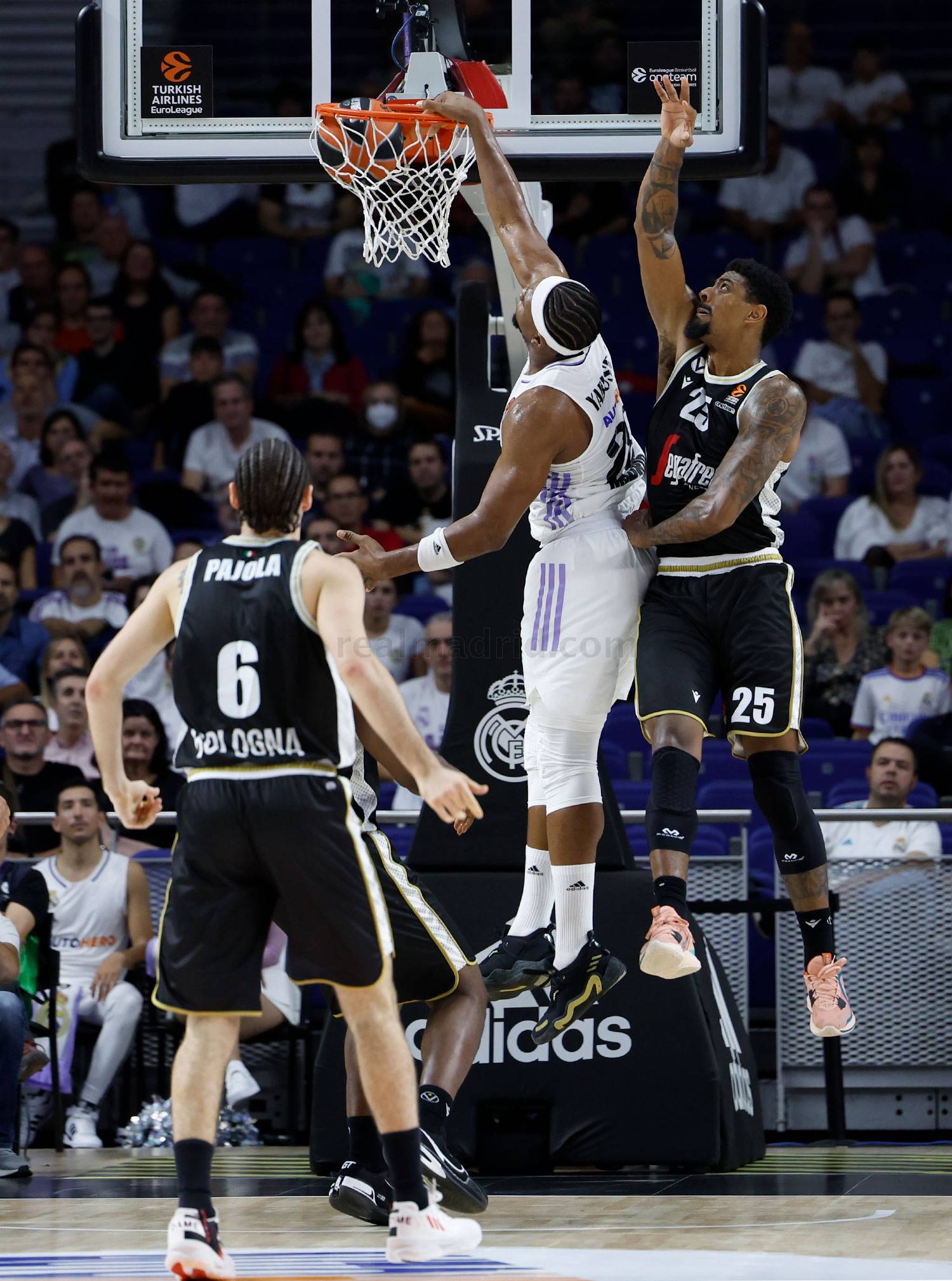 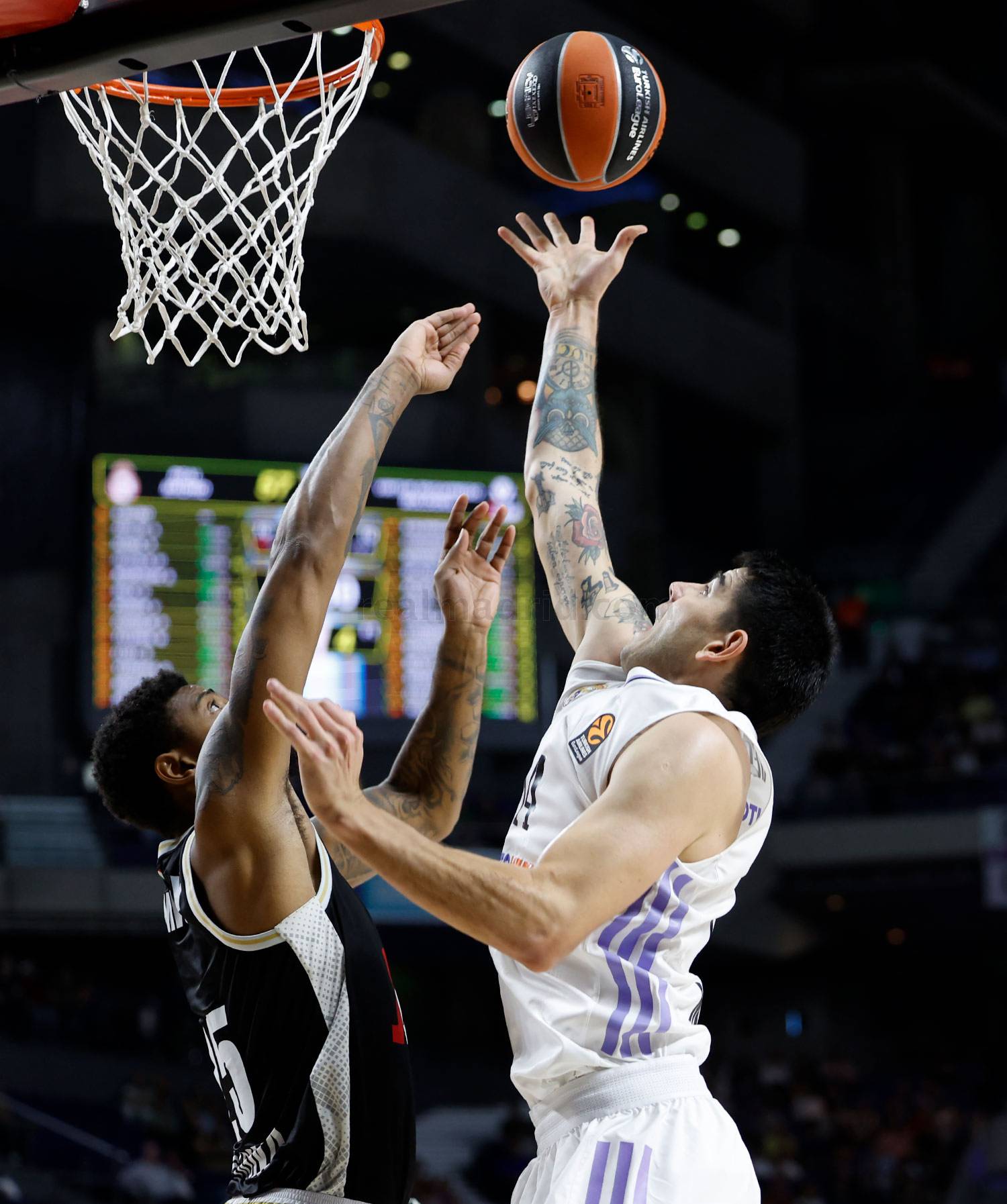 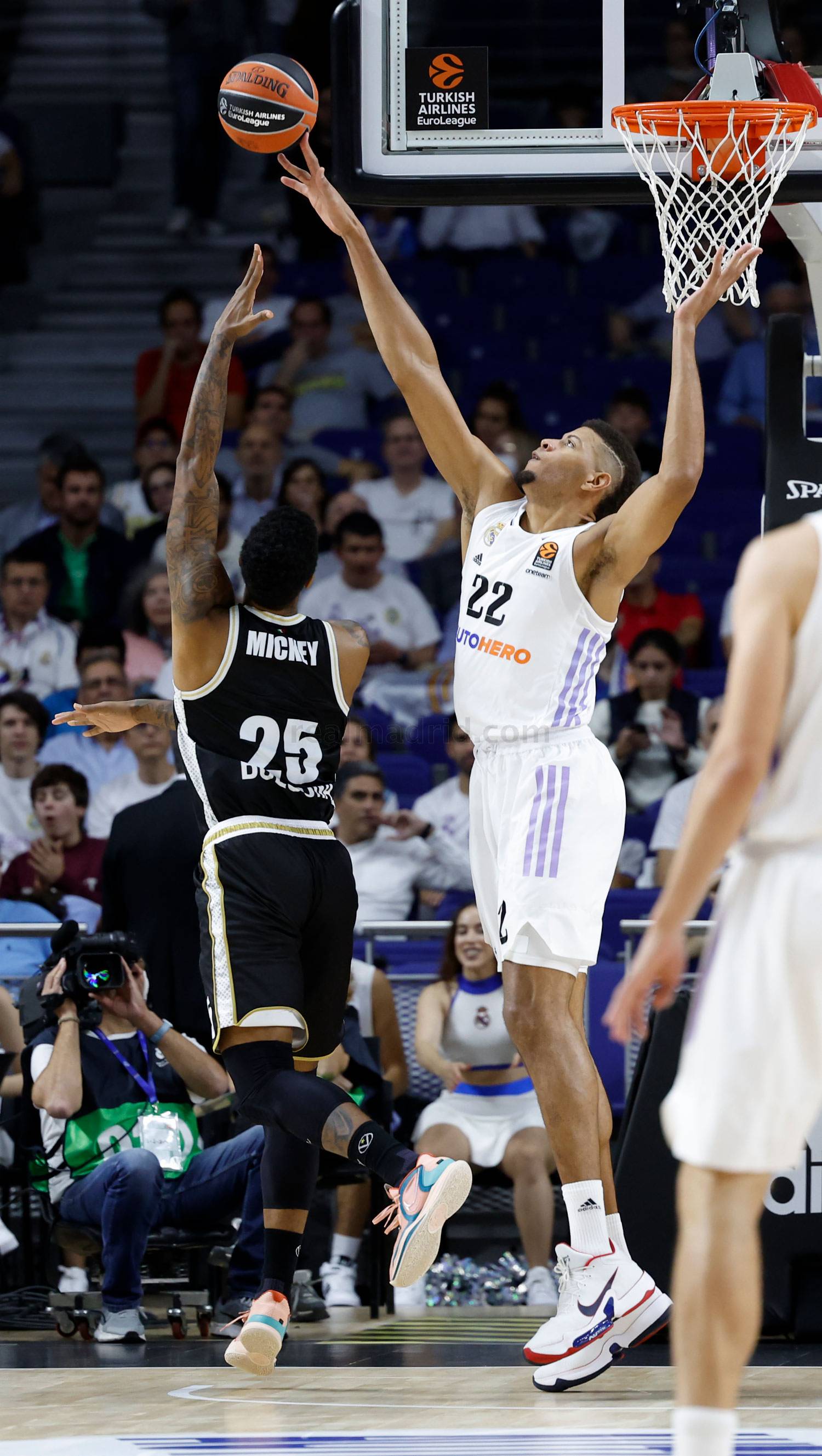 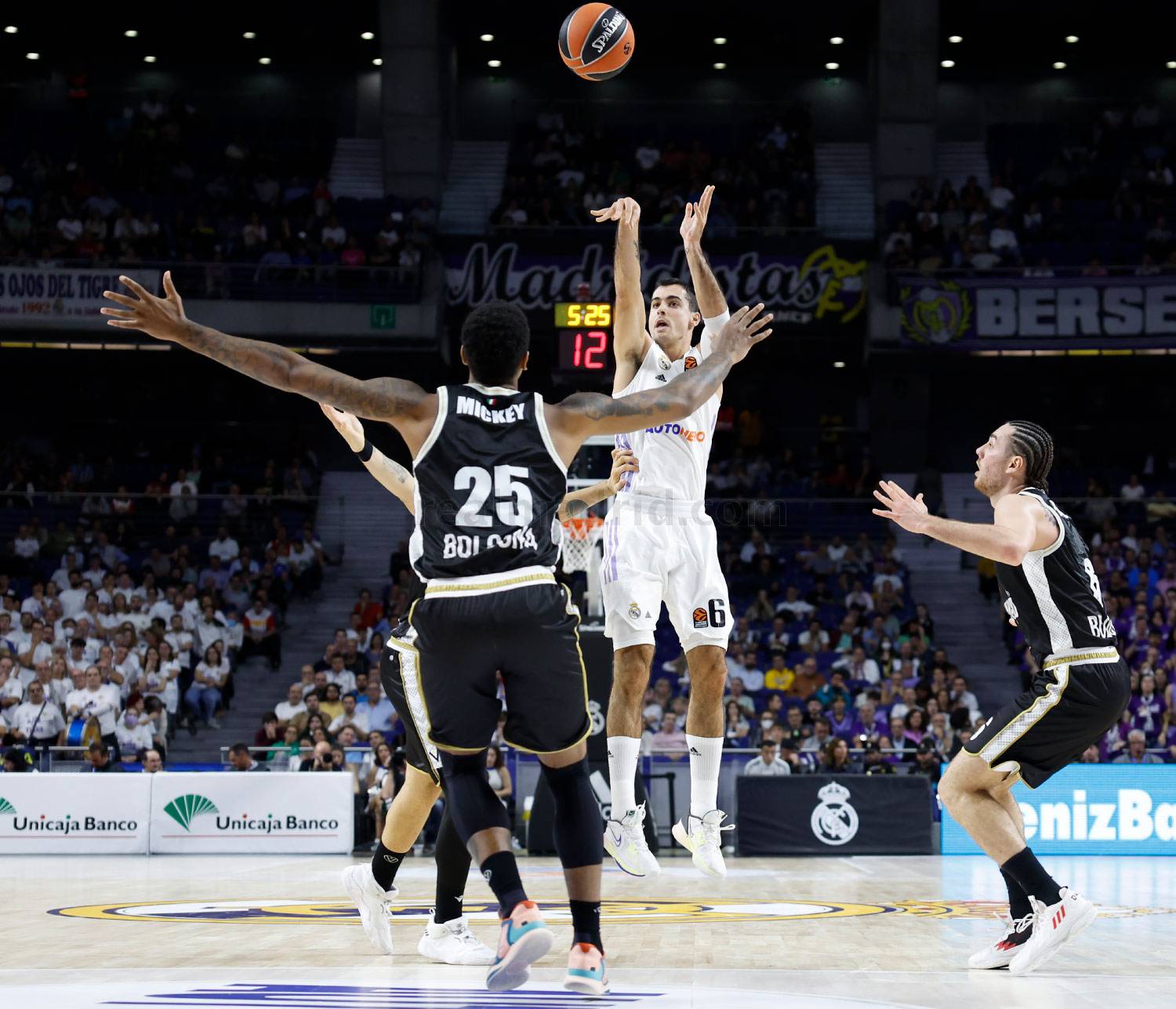 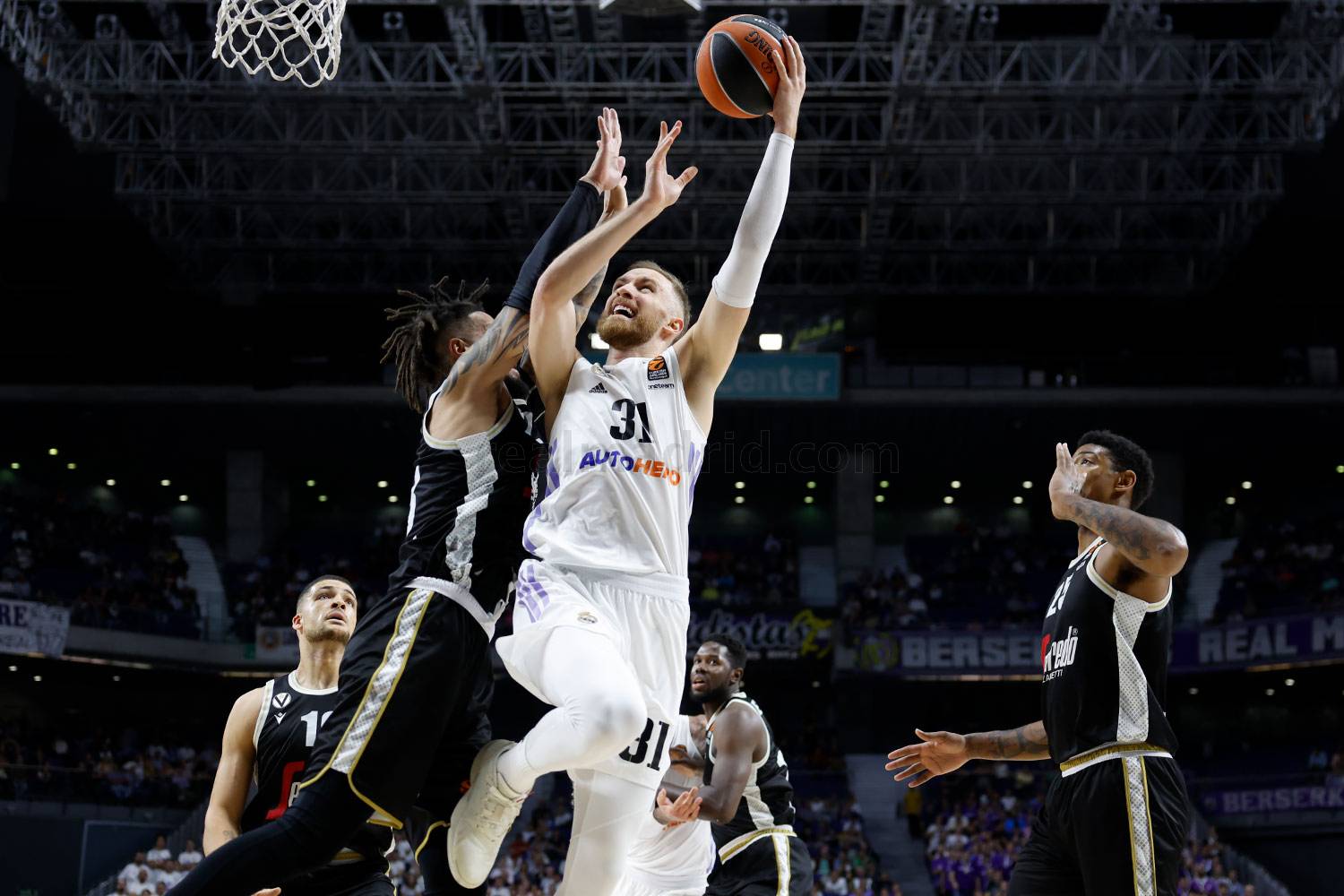 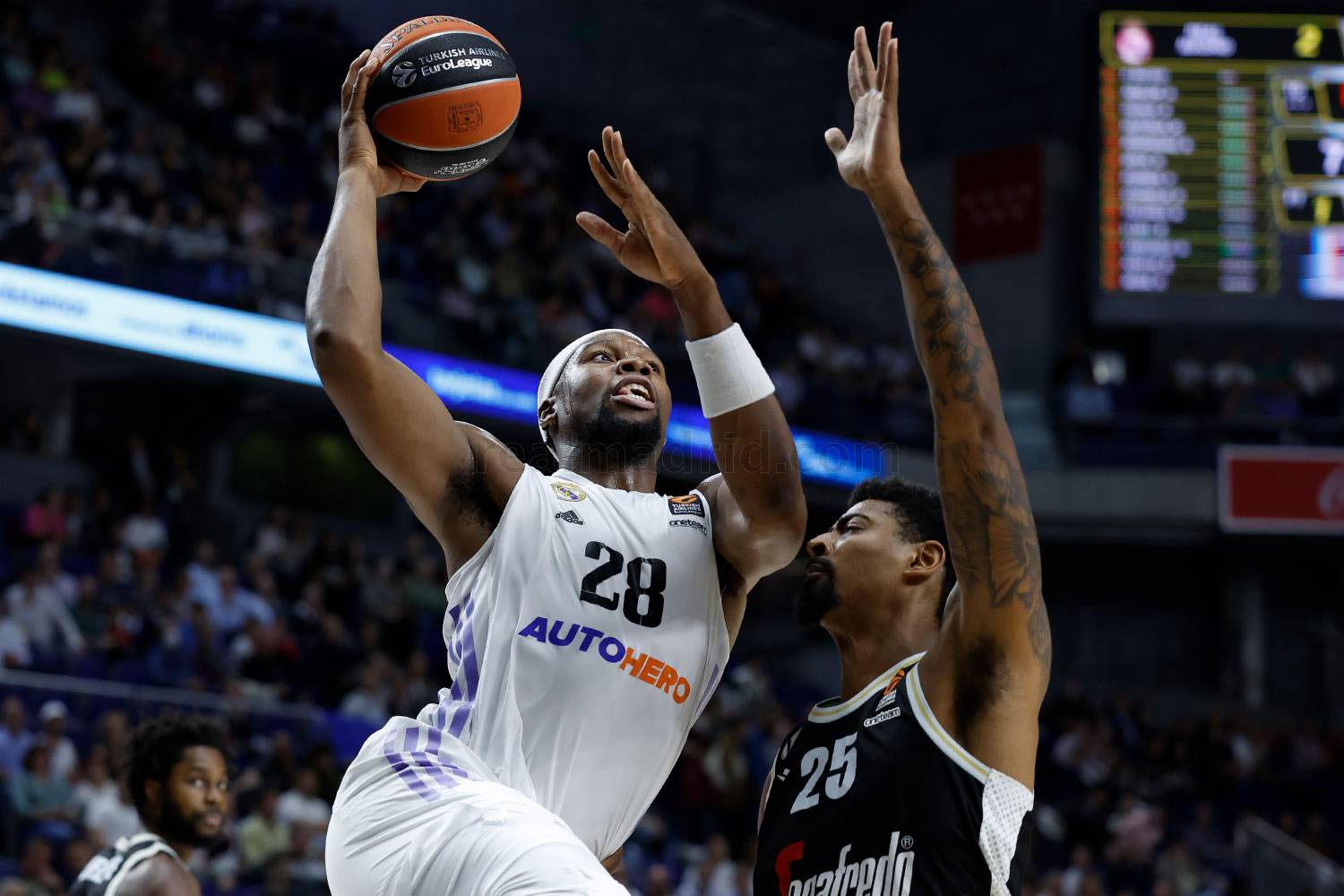 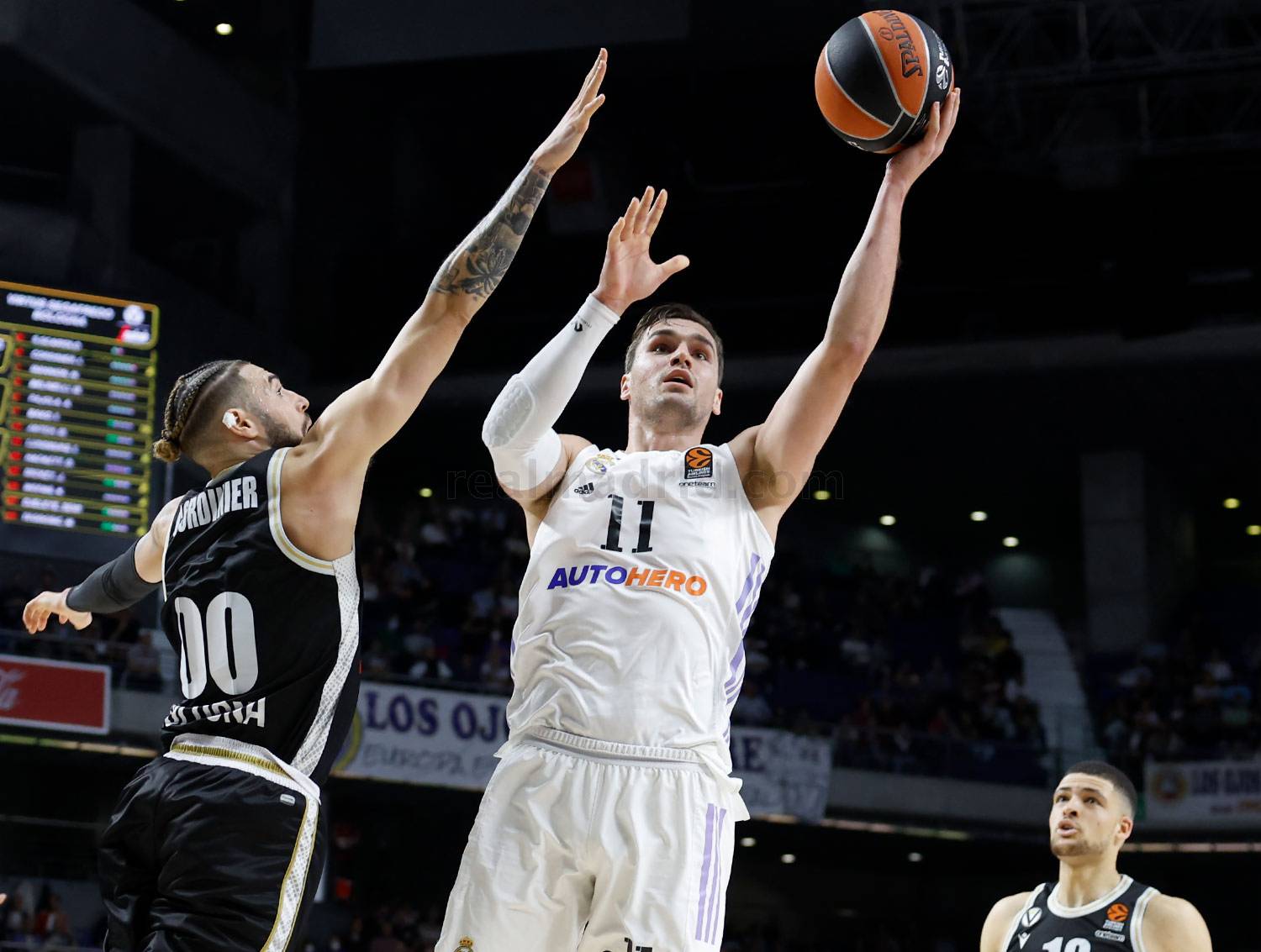 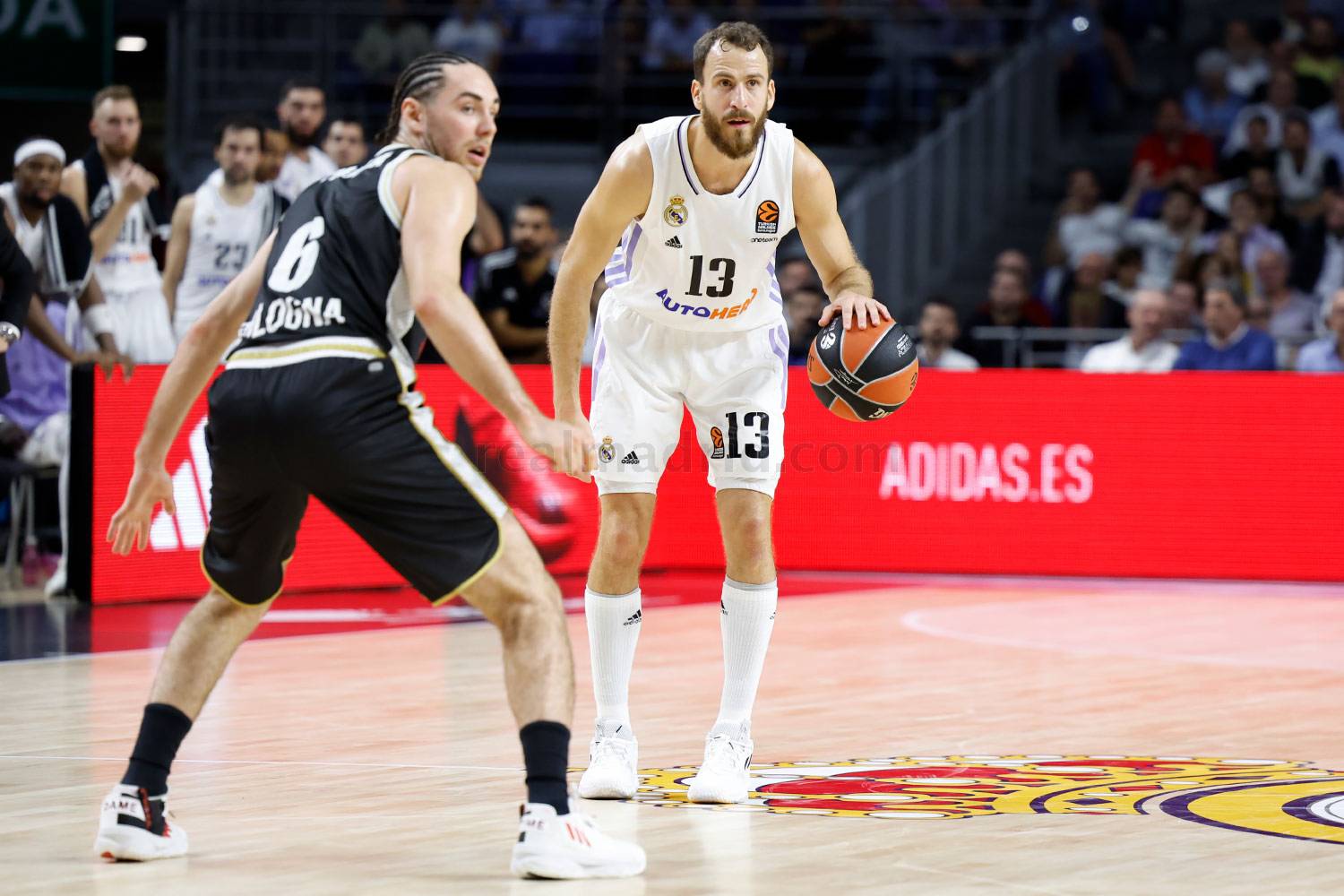 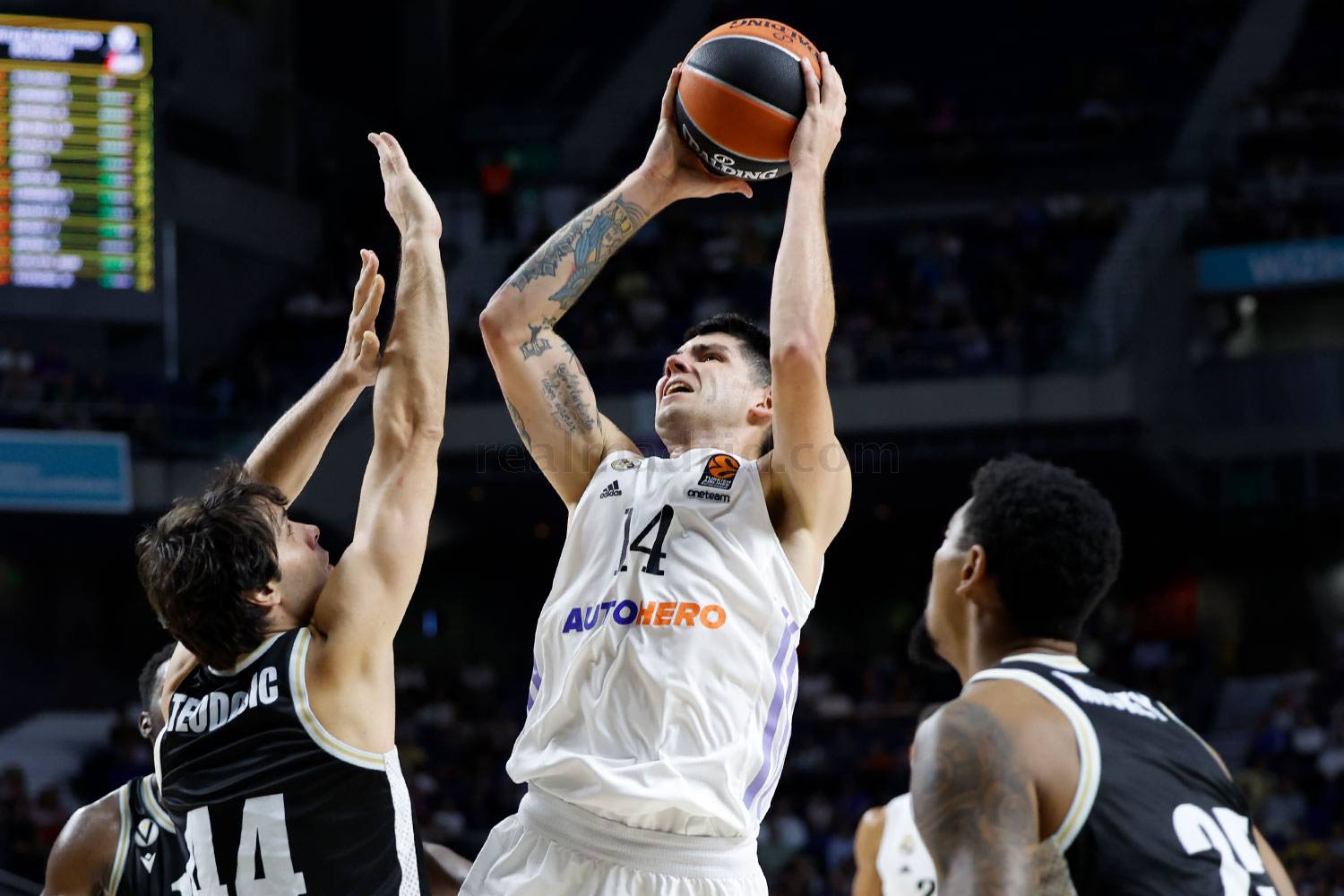 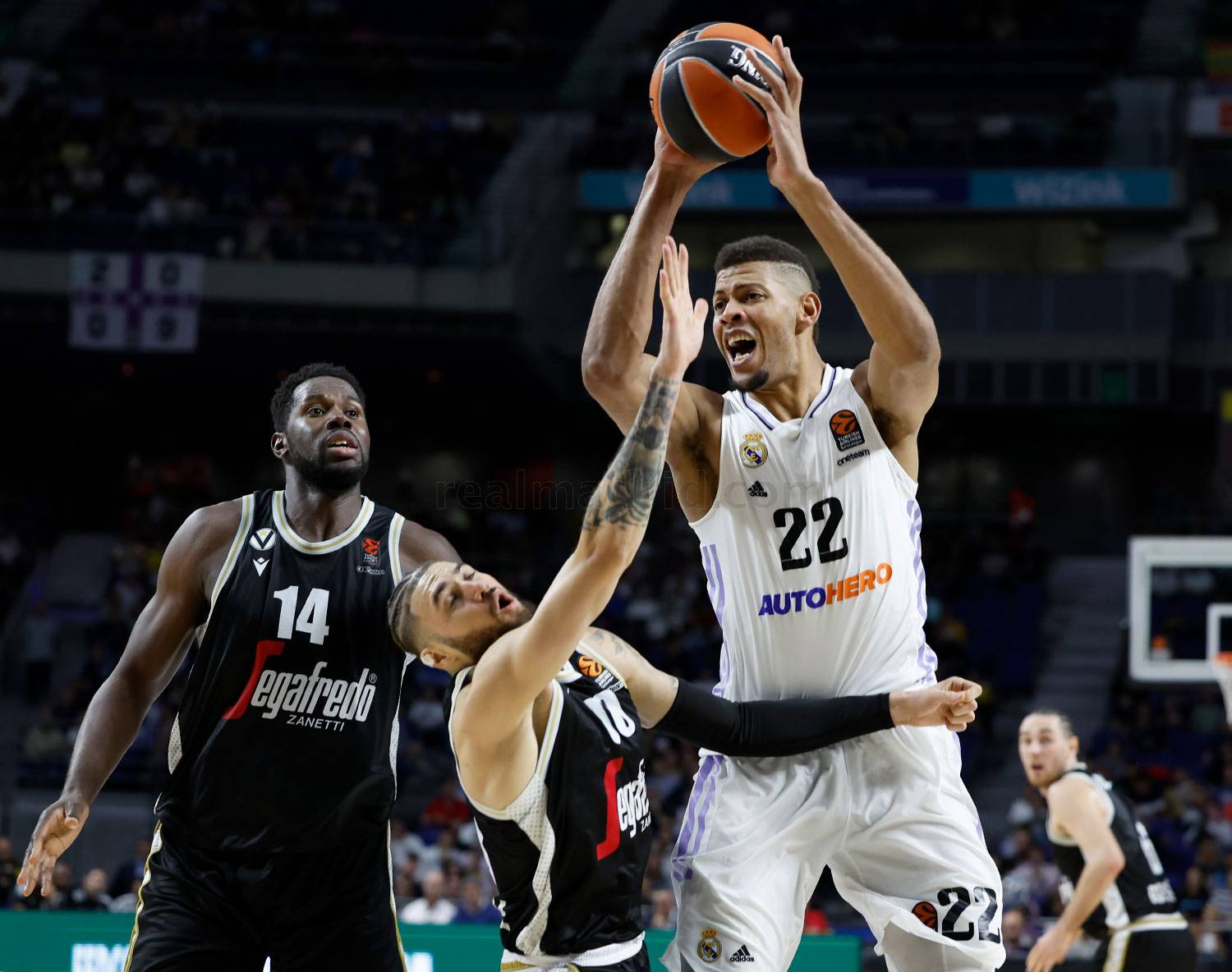