Real Madrid get their league campaign underway with a win 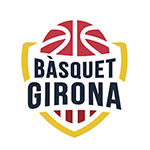 The reigning champions won on their trip to Bàsket Girona thanks to outstanding three-point shooting (18) and Hezonja's stunning display (18 of his 23 points in the first half).

Real Madrid began the defense of their league title with victory on the road at newly-promoted Bàsket Girona. Despite having six players out, Chus Mateo's team showed off their strength in depth to come past opposition who went ahead in the first quarter, until Hezonja's exhibition began. In just 14 minutes, the Croatian forward flipped the game on its head with 18 of his 23 points (he finished with a PIR of 26) to lead a 9-31 run before half-time. From then on, our team maintained their advantage through strength from the three-point line (18, just one off their record number) to take a win at a court where many will struggle. Other top performers were Yabusele (17 points), Musa (15), Sergio Rodríguez and Llull (11). The team start the new campaign with a win for the seventh year in a row.

The hosts looked to spring a surprise with their energetic start, playing at break-neck pace. Marc Gasol, with two triples, and Taylor (8 points), spearheaded an early 20-8 run in their team's favor inside eight minutes. Chus Mateo turned to his bench in search of solutions, and he sure found them. Llull, Hezonja and Cornelie improved things up top - three triples on the bounce, one for each player, brought the madridista offense to life.

Hezonja takes over
The new madridista reinforcement was the driving force behind the Whites' recovery. For the next 14 minutes, he made an exhibition of his vast array of talents, posting 18 points including 4/5 on triples, taking 6 rebounds and stealing twice for a PIR of 24. His stunning spell saw him lead a 9-31 run against a Bàsquet Girona who were powerless to stop him. Musa and Sergio Rodríguez joined the Croatian on the scoreboard, while Poirier did his bit on the rebound. Madrid turned the scores around in the second quarter to race to a +10 lead at one stage (29-39, min.17).

Video.88-94: Real Madrid get their league campaign underway with a win

Aíto García Reneses' boys continued with their tactic of bringing pace to the game and seemed to get another injection of energy after the restart. They pushed on, the trio of Taylor, Marc Gasol and Miletic enjoying a productive spell for the hosts. It was Madrid's turn to dig in now, and they did so calmly, despite the pressure of the Fontajau, finding important points on the triple (Musa, Causeur, Llull and Sergio Rodríguez) and inside (Tavares) just as their rivals looked to get back into it. At 57-61 on 29´, Hezonja sunk his fifth three-pointer and another basket to clinch a +8 lead at the end of the third quarter (57-69).

Madrid make sure from three
The game was anything but over, though. The reigning champions were going to have to suffer to see it over the line as the Girona-based team's pressure alongside the inspired Taylor kept them in it. A basket for the American made it 75-79 with 36 on the clock but Madrid kept cool heads in the closing stages, aided by accuracy from the outside. The hosts' were stopped in their track by a series of three-pointers, one after the other, to total 18, just one shy of their record number in an ACB game. Tavares stepped up at key moments and Yabusele closed it out with 5 successive points (88-94, min.40). Next up, our first home game of the season against Monbus Obradoiro on Sunday (12:30pm CEST).