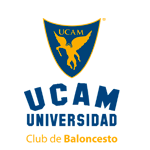 Real Madrid could not contain UCAM Murcia’s shooters in the V Luis Casimiro Trophy. Tavares was the standout performer with a PIR of 33.

Real Madrid slipped to defeat in their final preseason friendly. The madridistas were beaten by UCAM Murcia, who were on song from the three-point line throughout the game. Now Chus Mateo‘s side will battle it out for their first trophy of the season, in the Endesa Super Cup, which will get underway on Saturday, 24 September against Coosur Betis in Seville (6:30 pm CET). Tavares was the standout performer with 26 points and a PIR of 33.

The matchup was played at high speed and with great intensity by both sides at the Antonio Rivilla arena in Puertollano. Murcia started brightly with some precise shooting from the perimeter from Anderson and McFadden. But the Whites soon improved in both attack and defence thanks to good work from Tavares (10 points), Rodríguez and Musa, who helped Madrid turn the score around and open up a nine-point lead (5’). UCAM didn’t take long to reply and did so with a series of three-point plays courtesy of Trice and Luther to bring their side level at the end of the first quarter (24-24).

UCAM’s clinical shooting
The second quarter panned out differently, as Sito Alonso’s side showed aggression in defence and dominated the offensive rebounding to move clear at 24-31. UCAM took advantage of the madridistas’ lack of precision to put together a 4-17 scoring run, spearheaded by Davis (15 points). The side from Murcia kept plugging away and poised a real threat around the basket, but towards the end of the second period Hezonja and Musa did their best to minimise the damage and reduce the deficit before the break (40-54).

After the restart, the pattern of the game changed, as Madrid looked to turn things around on the court. Spearheaded by Tavares, with 19 points, and Ndiaye’s sharp shooting from outside the paint, the Whites reduced the gap to move to 51-57 in the space of four minutes. But Chus Mateo’s men’s efforts were stifled as UCAM once again pulled clear through Klavzar. Musa, Cornelie and Hezonja rallied in the final minutes of the third quarter, which ended at 67-75.

Madrid fight to the end
The final quarter of the clash began with an exchange of points. The madridistas looked to rack up points in the paint through Ndiaye and Hezonja, while UCAM played stubbornly and hit back every time Madrid seemed to be edging closer. McFadden and Rojas struck decisive shots to move their team 14 points clear with three minutes left on the clock, before the clinical three-point shooting of Anderson and McFadden sealed the victory for UCAM.