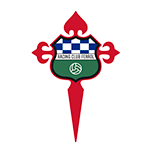 Aranda scored for the Madrid reserve team, who had two goals chalked off for offside.

Real Madrid Castilla suffered defeat against Racing de Ferrol in the Primera Federación's matchday two and failed to score in their first away fixture of the campaign. The reserves saw two goals ruled out for offside in the final stages of the game. Jon García and Álex López put the home team in front before Aranda pulled one back in injury time. Raúl's team's return to action next week at the Di Stéfano stadium against Unionistas de Salamanca (Saturday, 7:30pm).

In the opening 20 minutes, neither side created any chances until Racing de Ferrol's David Castro header, which Cañizares pulled off a great save to keep out. The Real Madrid keeper was called into action again shortly afterwards when he parried a long-range effort from Manzanara. The Galicians pressed forward and took the lead when Jon García headed home from a Álex López corner.

Two Álvaro goals disallowed
The pace of the game picked up after the break and Castilla capitalised as Arribas struck a left-footed shot from the edge of the area. Racing de Ferrol extended their lead just after the half-hour mark. Álex López latched onto a back pass from Manu and beat Cañizares. Raúl looked to close the gap and brought on Iker Bravo, who was making his official debut for the Madrid reserve team. Álvaro made it 2-1 in the 83rd minute when he got on the end of a low cross from Iker Bravo, but the goal was ruled out due to a questionable offside call. The A Malata stadium was again the scene of controversy as Álvaro had another goal overturned for offside. Aranda pulled one back in stoppage time, curling in a perfect finish to make it 2-1.