Real Madrid amassed 1.7 million followers on Twitter, Facebook, Instagram and YouTube over the weekend of the club's 14th Champions League title, according to Blinkfire Analytics. This figure is considerably higher than that achieved by the previous winners of the competition: Chelsea, Bayern and Liverpool. Since 2018, when they secured la Decimotercera, no team ever experienced such growth on social media on the weekend of the final. Then they obtained 900,000 new followers.

Real Madrid's total number of interactions in the Paris final is also higher than those recorded by the previous champions. At 136 million engagements (on Twitter, Facebook, Instagram and YouTube), the club doubled the figures of the winners in recent years. As a matter of fact, the next most engaged team is Real Madrid, achieving 78 million total interactions in 2018. 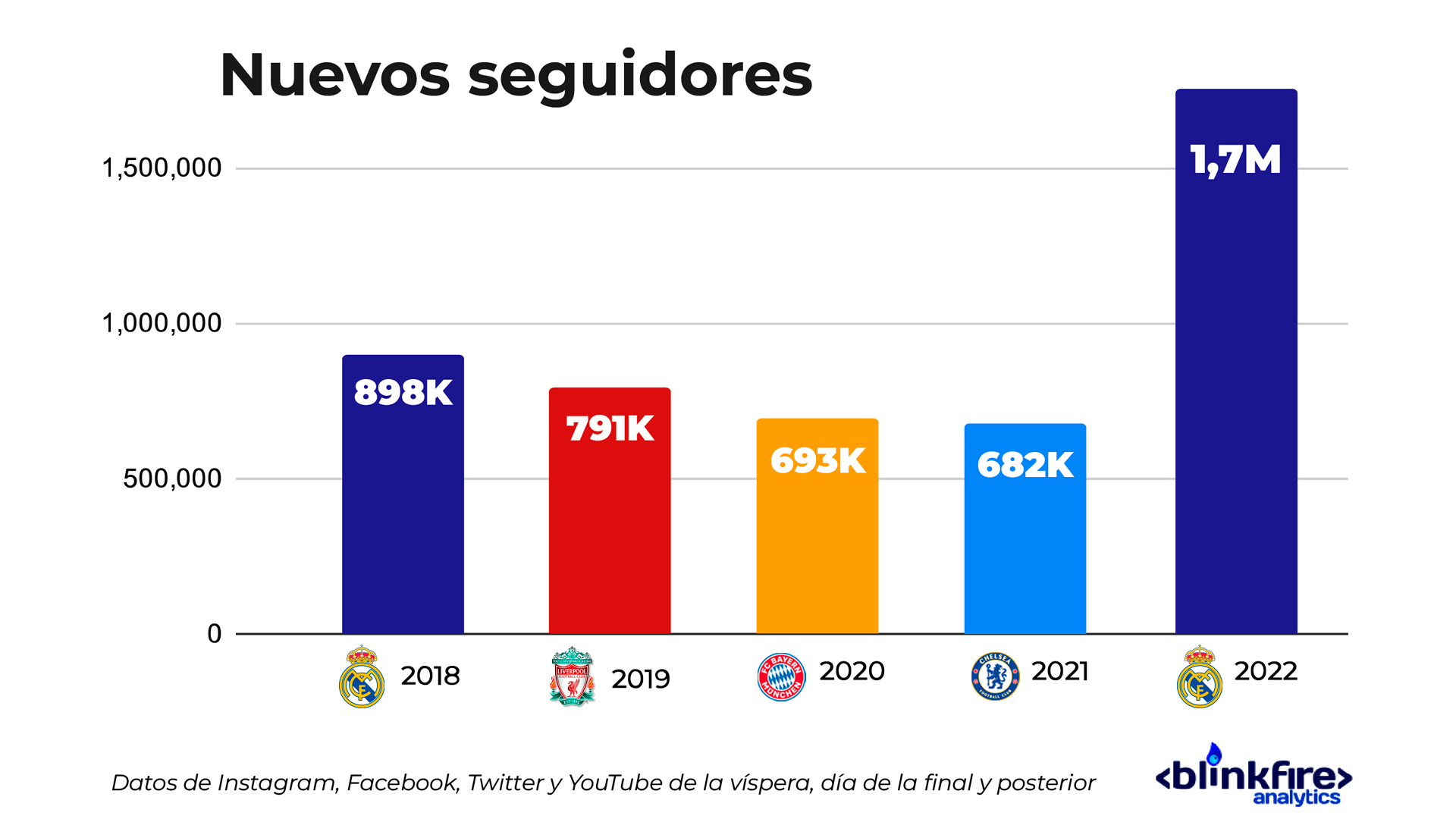 TikTok and Instagram, the top performing social media accounts in the final
Across all of their social media channels, Real Madrid gained 3.1 million new followers on 27, 28 and 29 May, with TikTok (1.4 million) and Instagram (1.2 million) making up more than 80 per cent of the total. 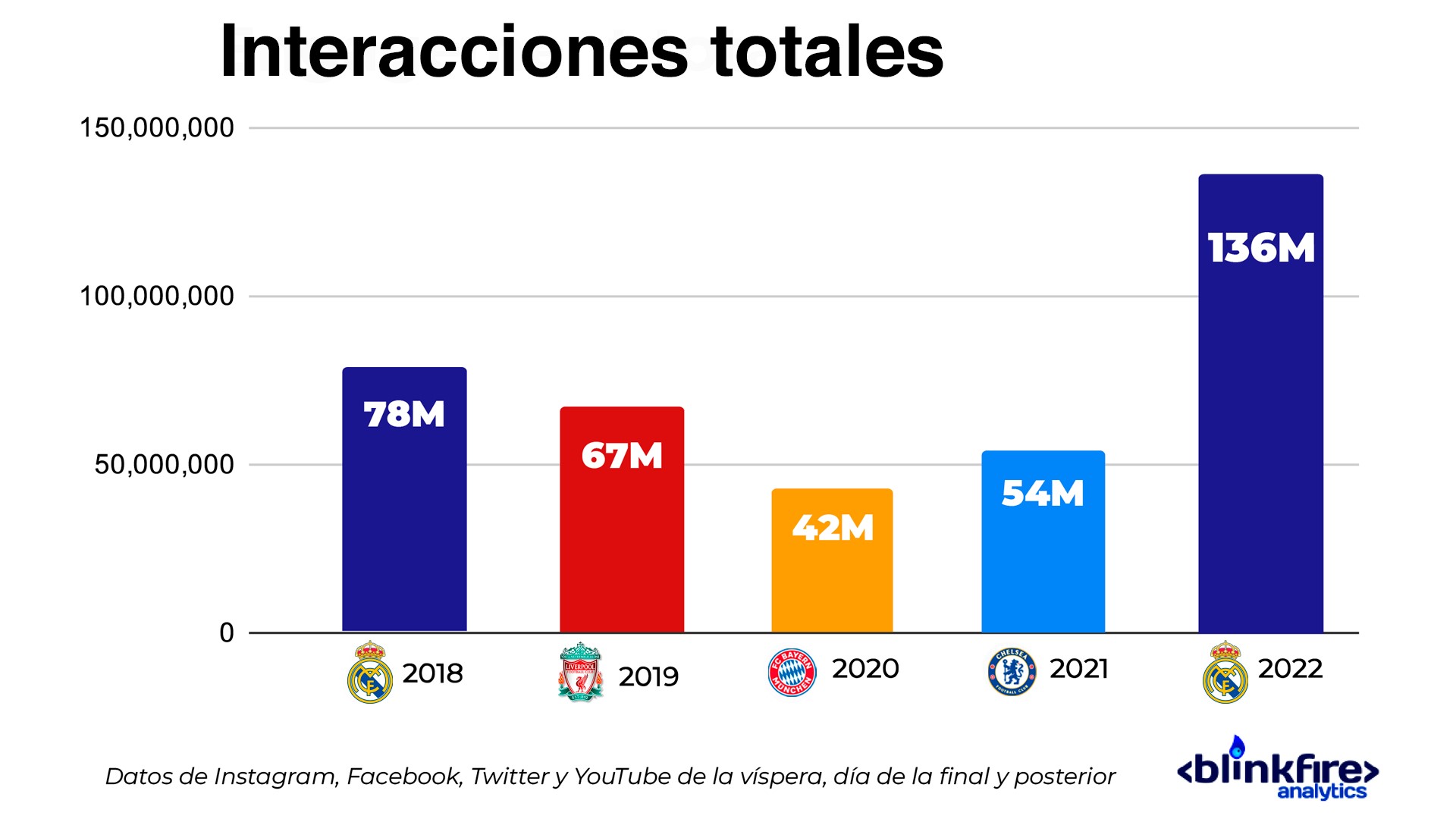 However, not only did the club gain the most followers, it also achieved the best average daily engagement, with 35.8 million on Instagram and 8.3 million on TikTok. Instagram exceeded 100 million total interactions; while TikTok broke the 200 million views barrier.

In terms of engagement per post, the Whites also lead the charts with more than one million for each post - the only networks to exceed this figure. As in video views per post, Real Madrid's TikTok account exceeds 10 million views per publication.