The stadium errupted with Vinicius' goal and roared their team towards the title.

Four screens displaying the message, “#APorLa14” y “¡Hasta el final, vamos Real!” welcomed the fans who packed out the Santiago Bernabéu, giving way to a party atmosphere at a madridista stadium draped in white in a manner worthy of the occasion as the team wrote another page into its incredible history books. The passion and support of the fans helped bring La Decimocuarta home from Paris.

After a 36-minute wait, kick-off was greeted with intense expectation and despite the early chances falling Liverpool's way, Bernabéu roared their team on, particularly when Courtois kept out Mané's effort soon into the game. The madridista stadium lit up when Benzema had the ball in the net, but VAR overturned the goal for offside. One fan commented, “We're really nervous but we feel confident".

The Santiago Bernabéu exploded after the restart as the madridistas jumped with joy to celebrate Vini Jr.’s goal. “That’s Real Madrid for you”, shouted one fan. The supporters belted out a rendition of “Cómo no te voy a querer” after the Brazilian’s strike. “The atmosphere is amazing and we’re going to keep cheering them on until the end,” insisted another supporter.

Bernabéu faithful back the team until the end
Liverpool pushed for an equaliser and Courtois again came to the rescue to deny several clear-cut chances. “What a brilliant goalkeeper we’ve got,” enthused a madridista. The tension was palpable, but those inside the Bernabéu continued to sing their hearts out and get behind the boys to will our team on to victory. “Madrid, Madrid”, was the chant that rung around the stadium. As the Liverpool pressure intensified, the volume of the “Sí se puede” chant increased. The referee blew up for full time and the fans inside the Santiago Bernabéu exploded amongst floods of tears and hugs after having witnessed Madrid capture the club’s 14th European Cup crown. 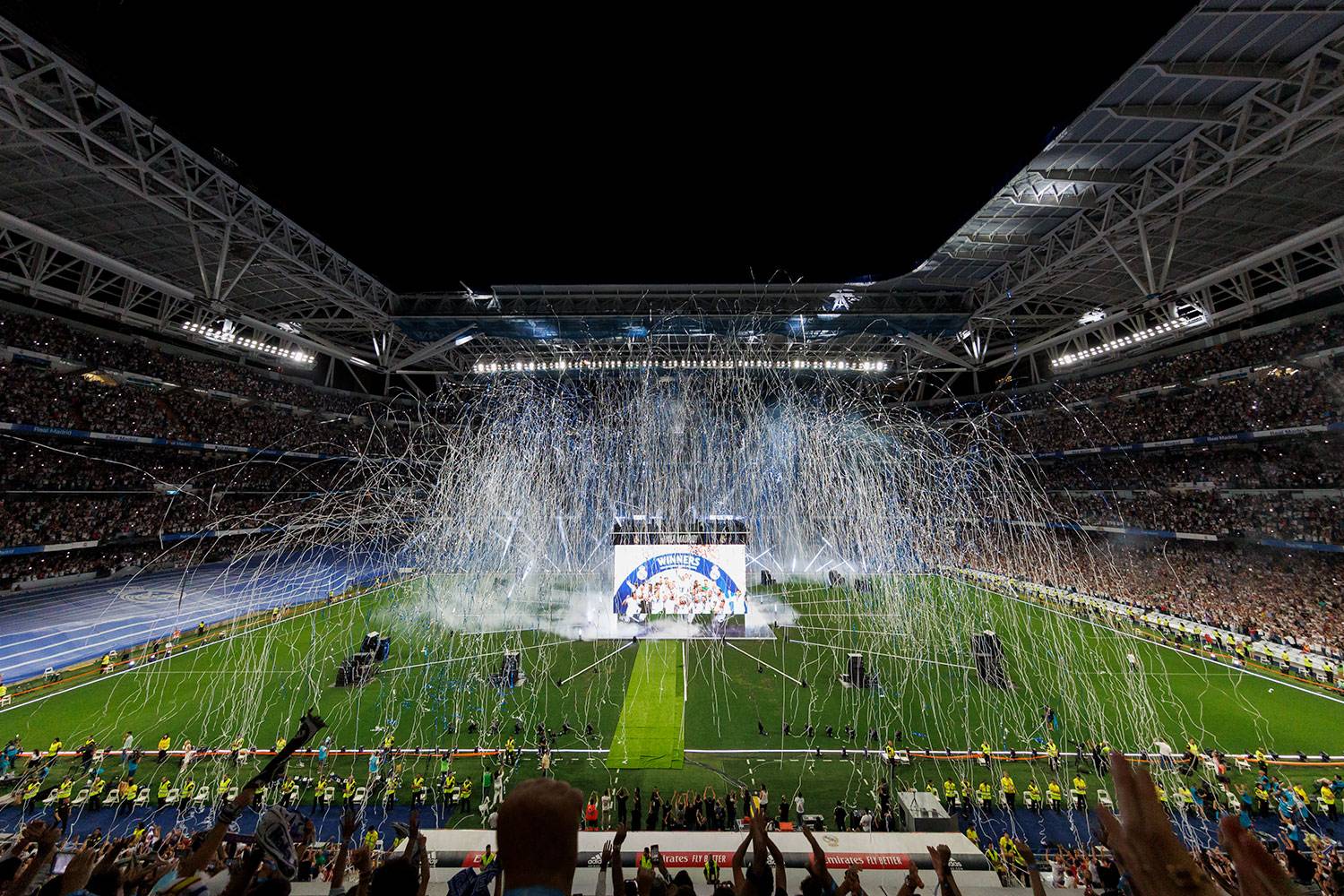 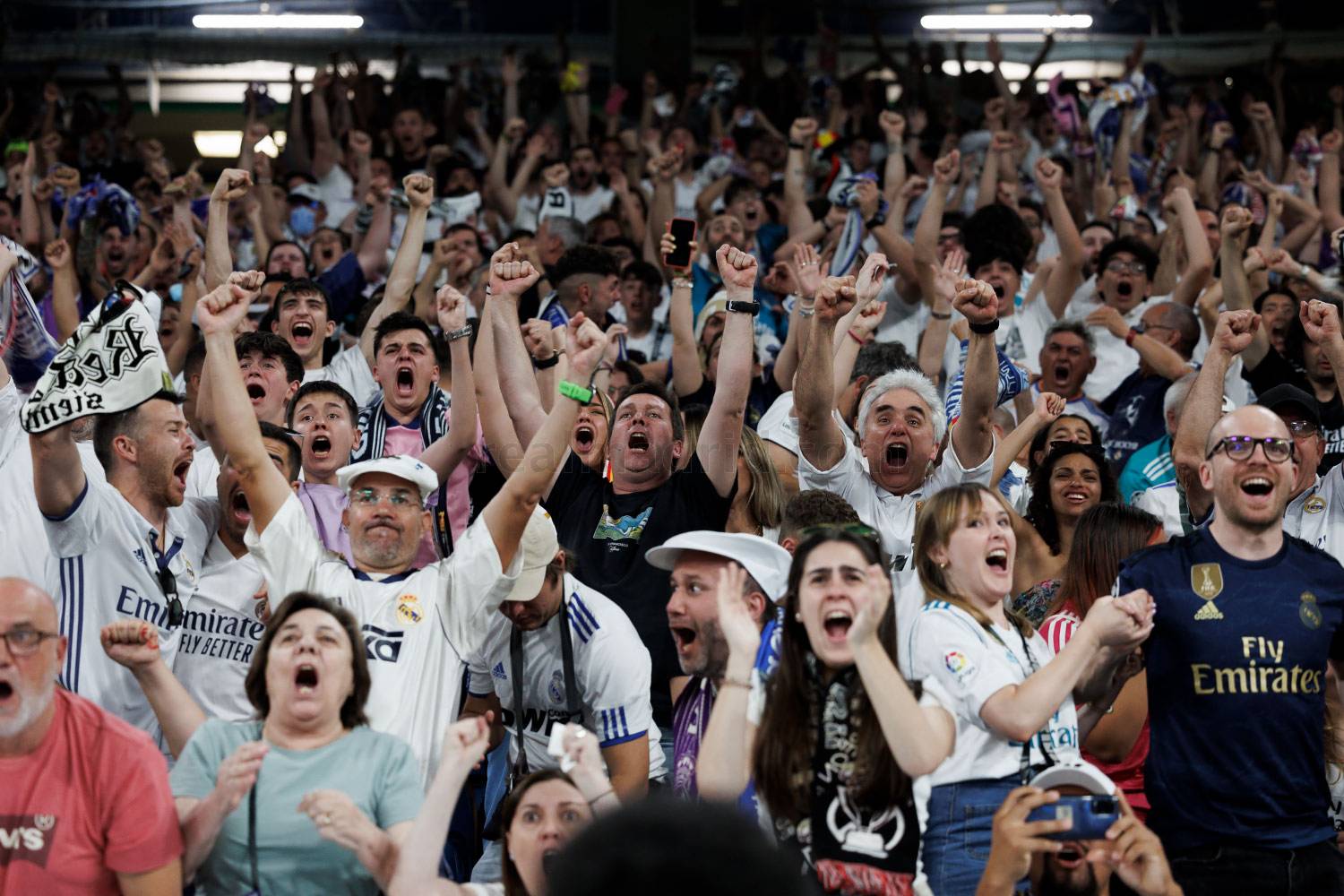 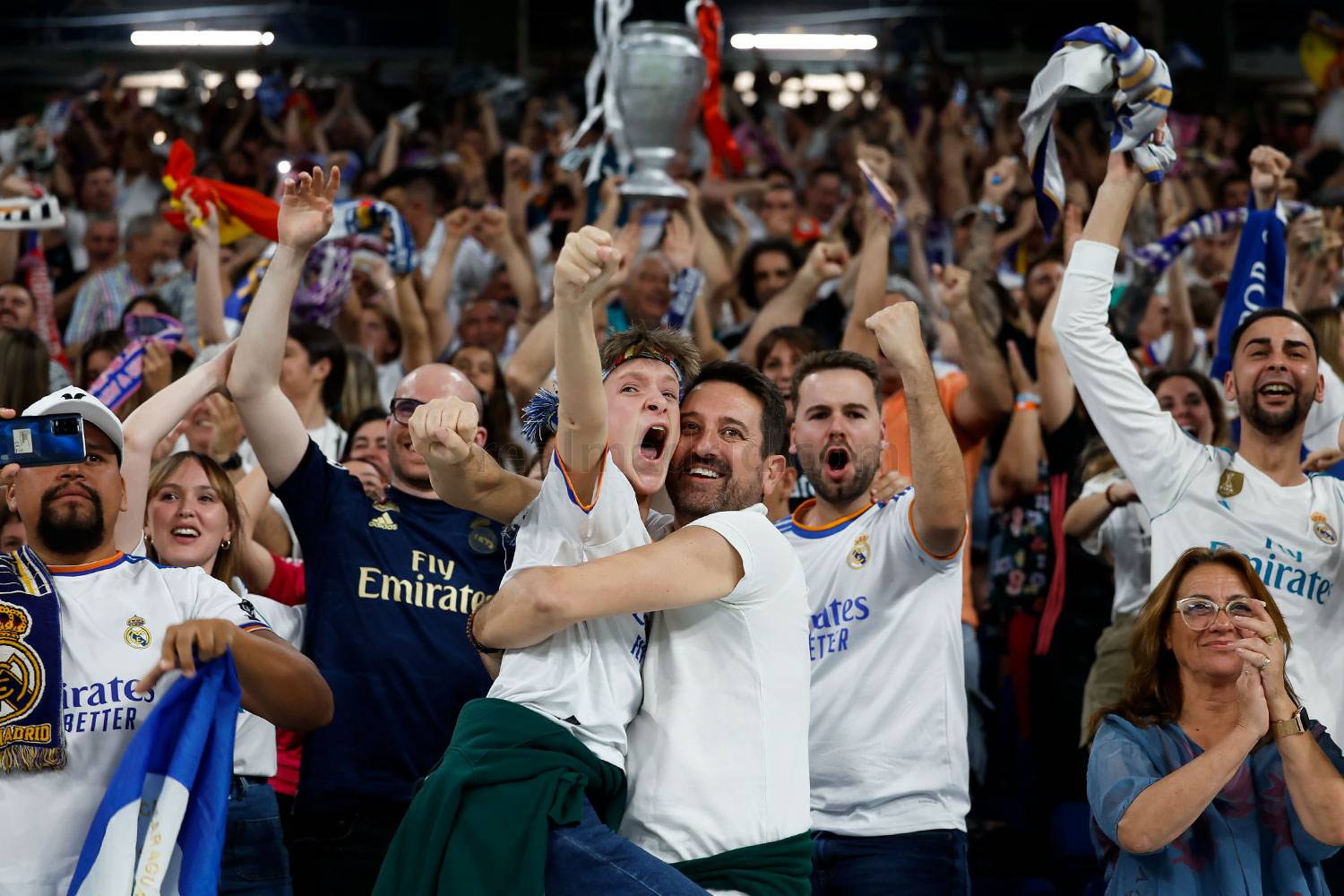 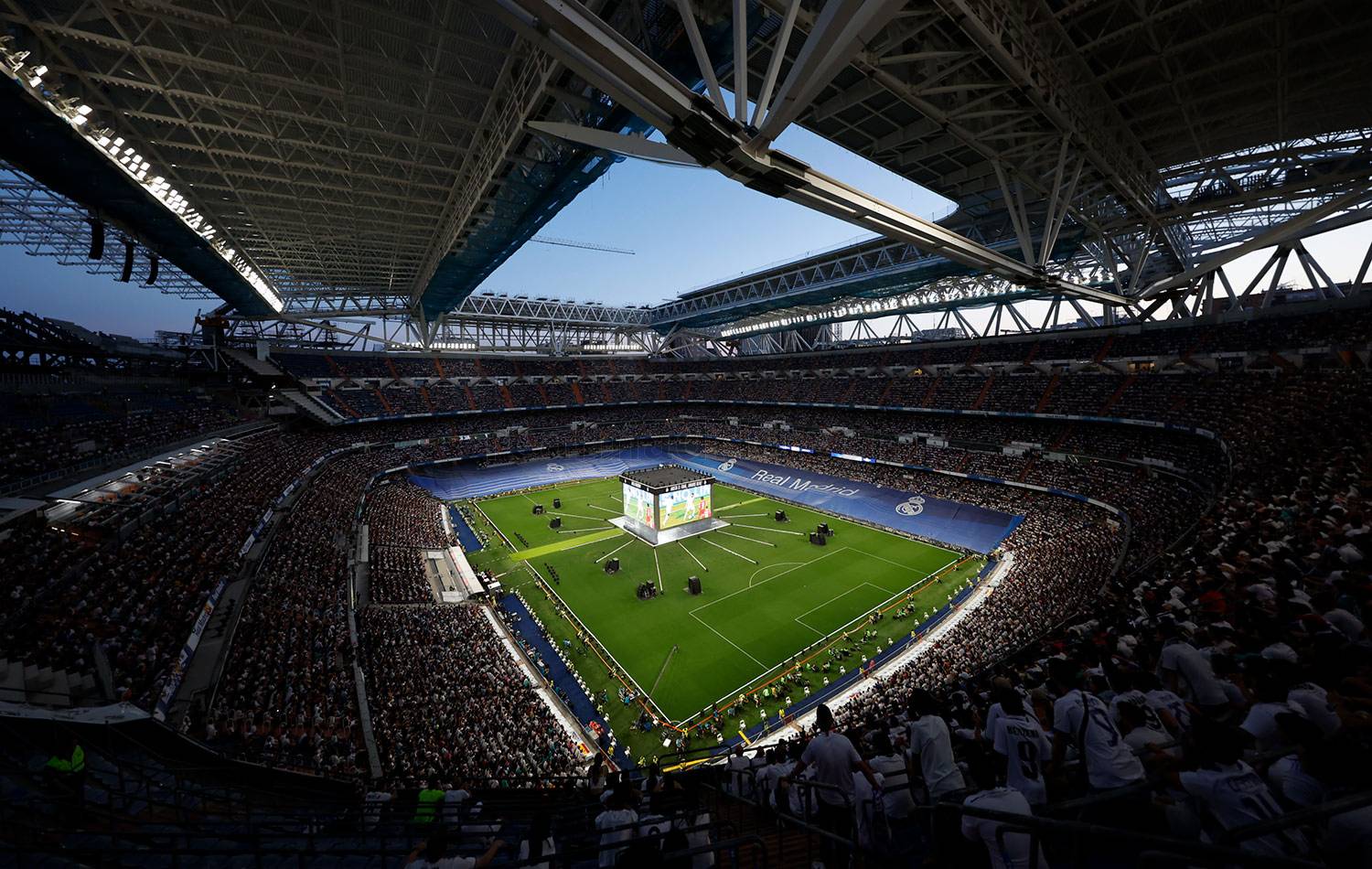 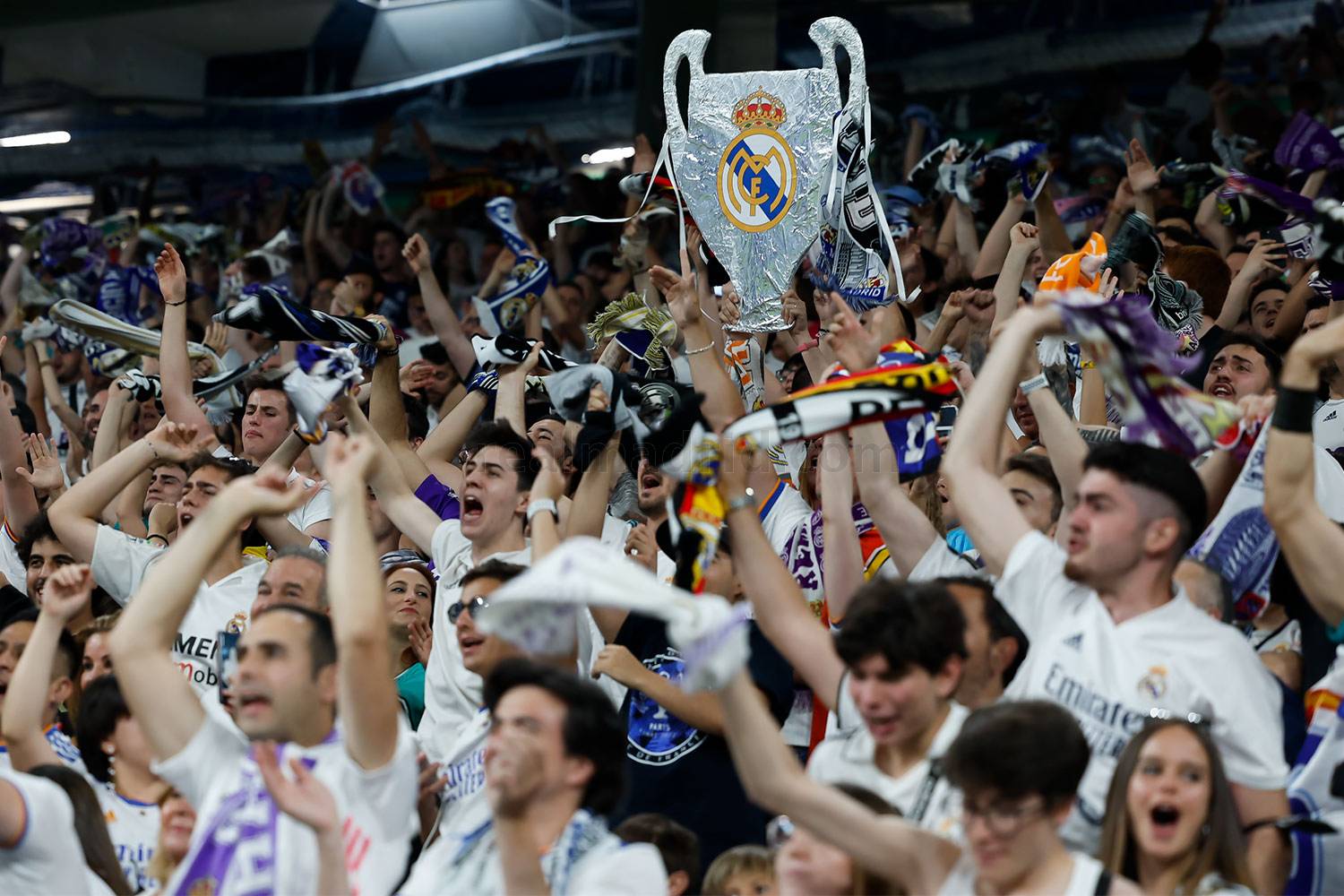 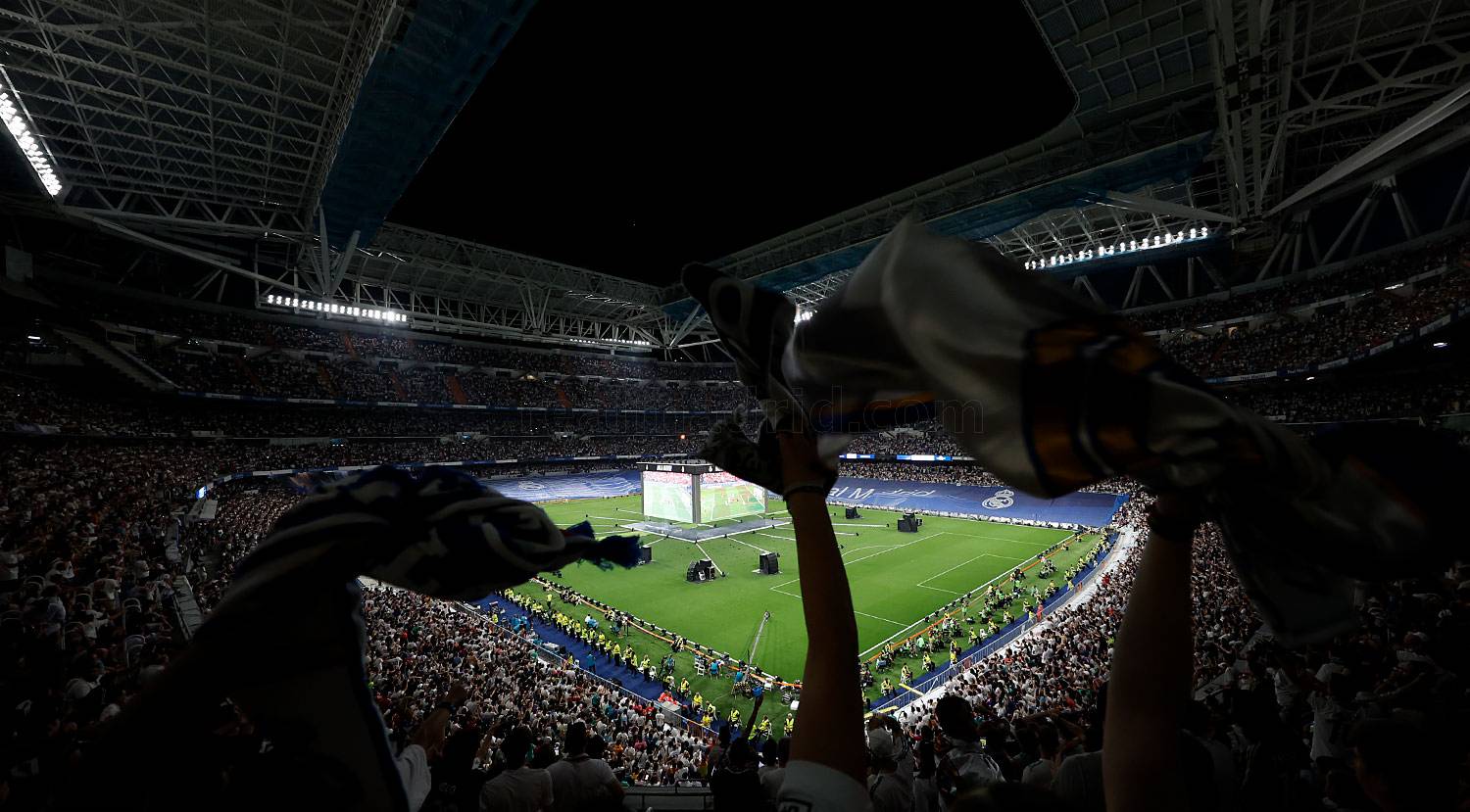 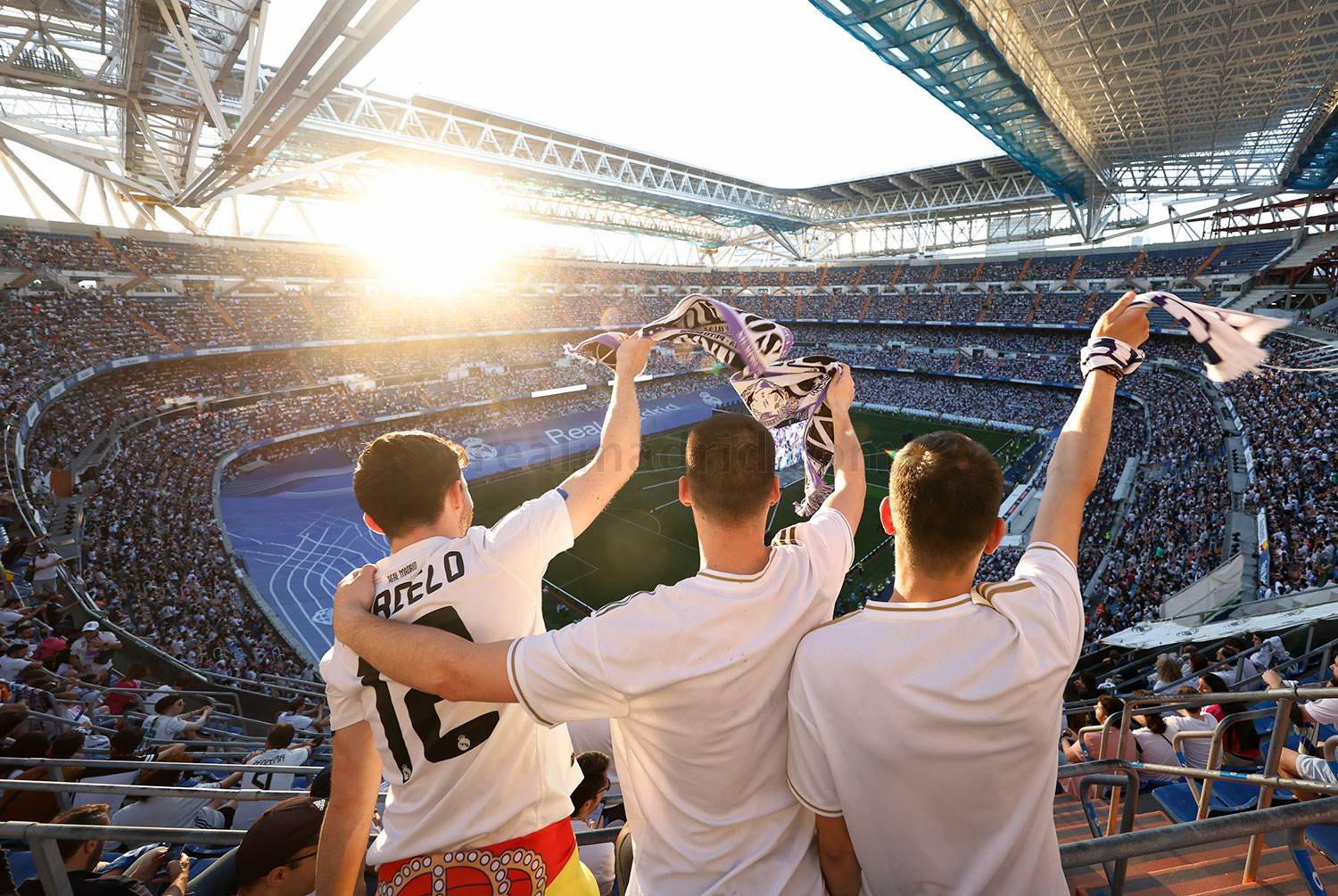 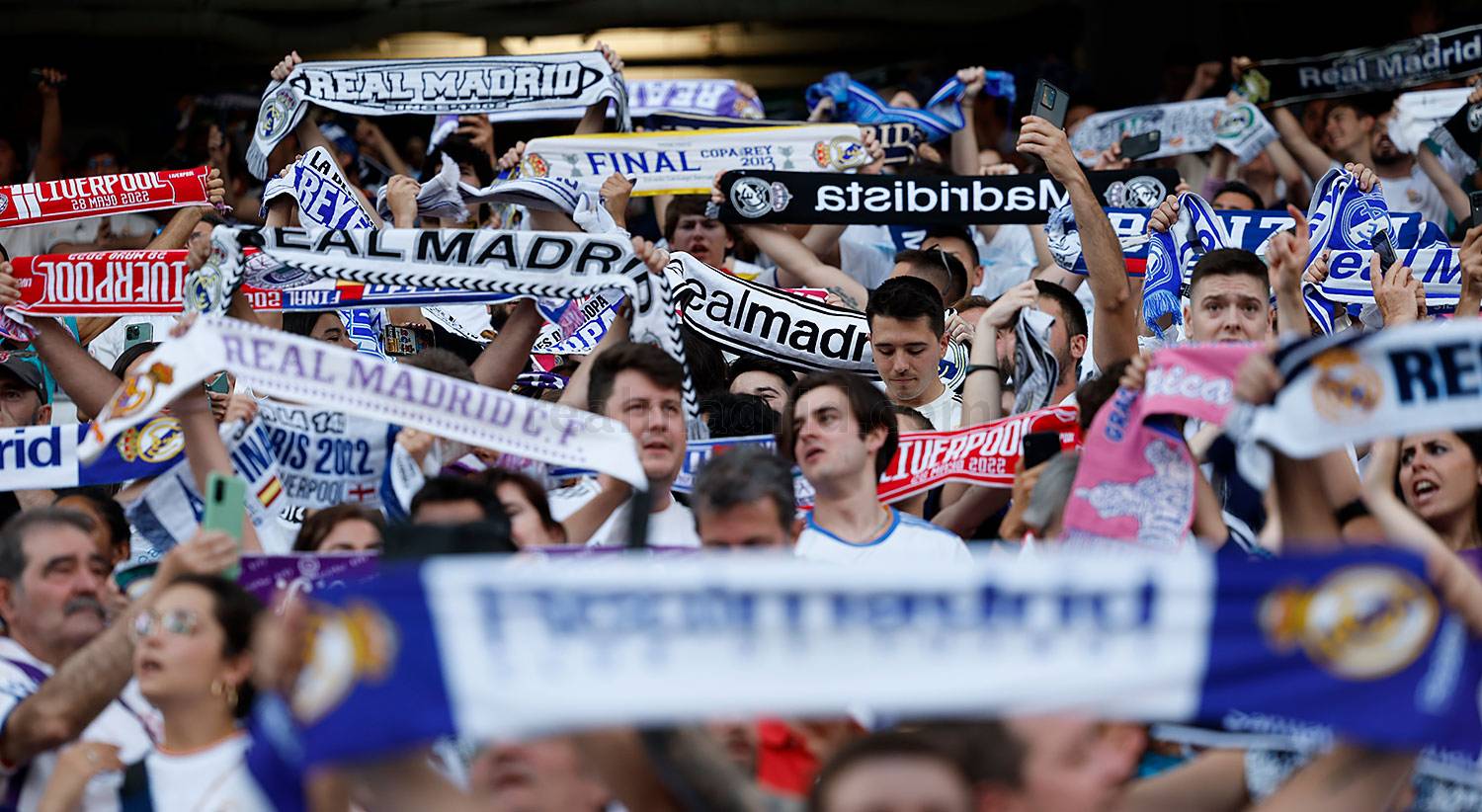 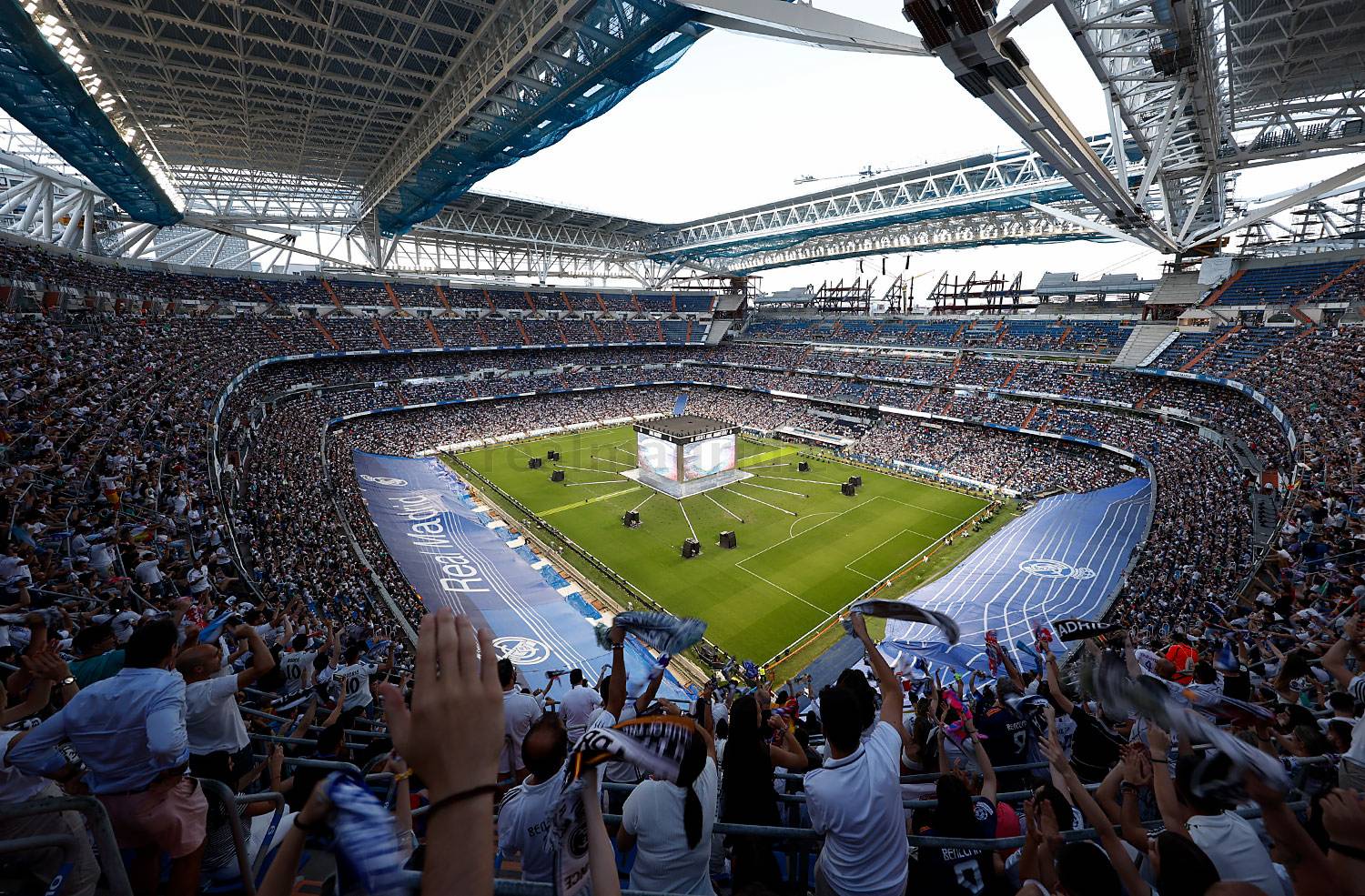 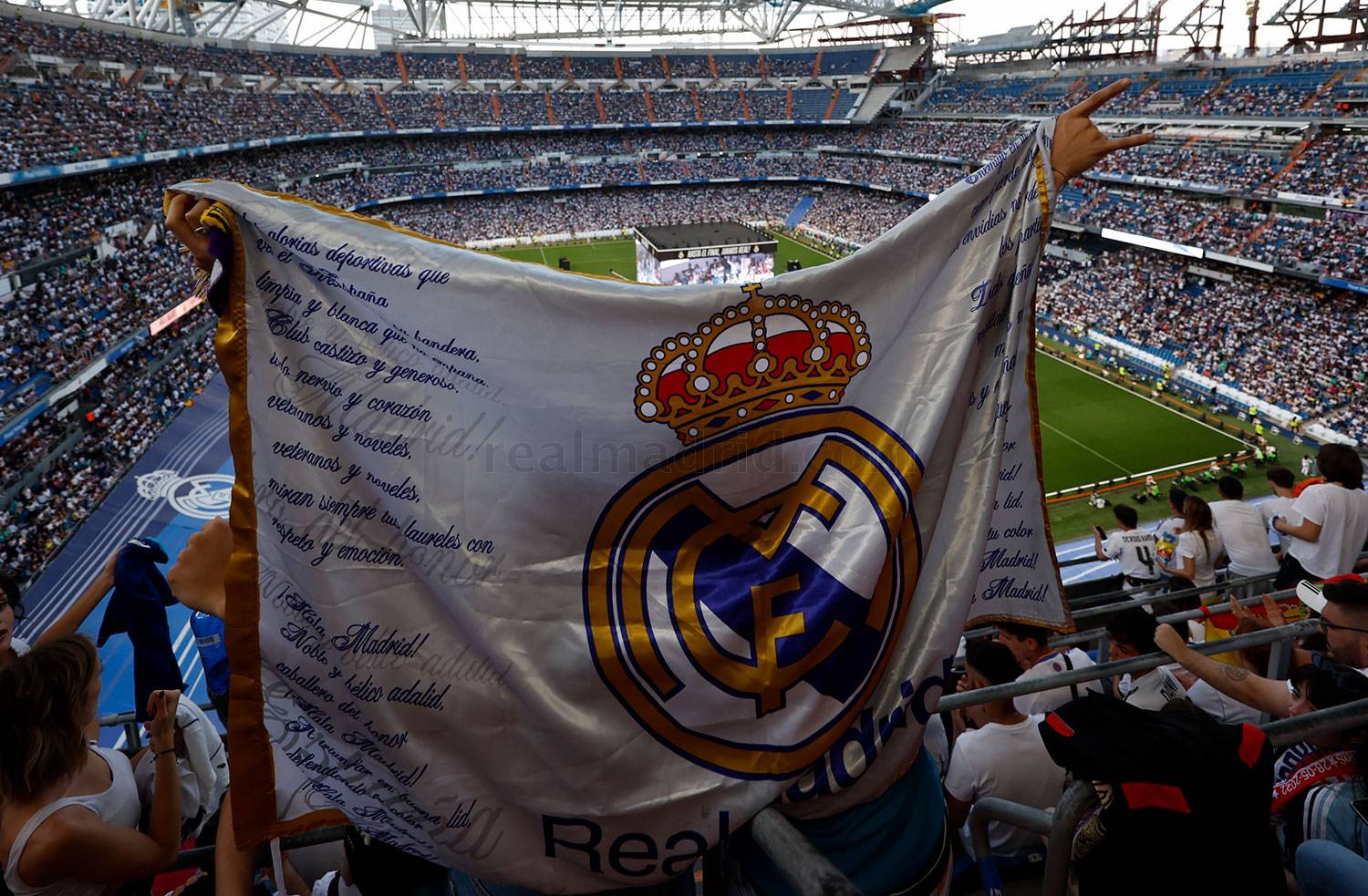 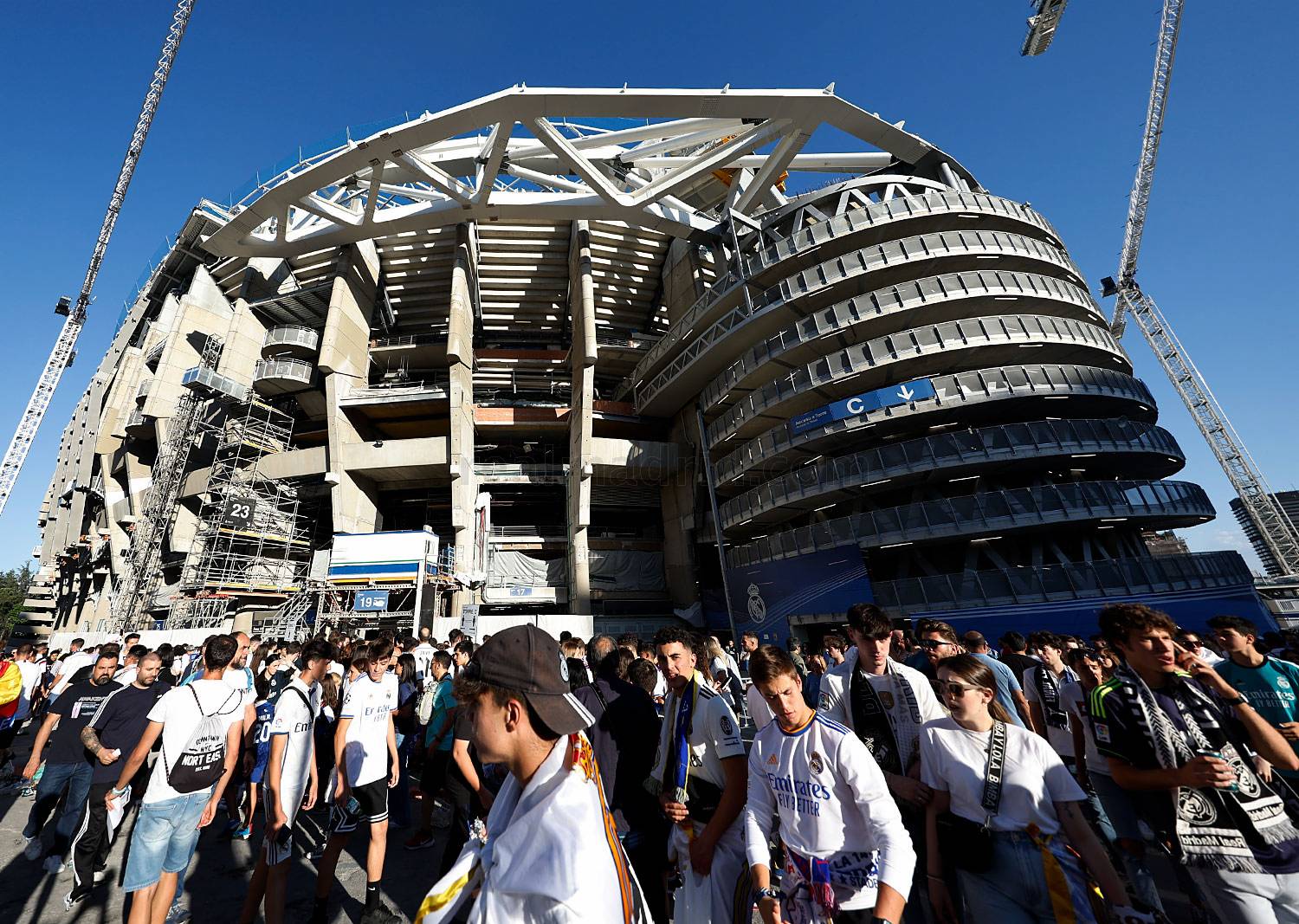