The champions storm to victory thanks to Vini Jr. hat-trick 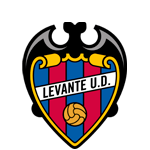 Benzema, who equalled Raúl as Real Madrid's second-highest all-time goalscorer, Mendy and Rodrygo got the other three goals against Levante.

In the build-up to the game, Ancelotti warned of the importance of maintaining a positive run and a competitive edge, and it's fair to say the team delivered and then some this evening. The LaLiga champions treated the home fans to a footballing exhibition, storming to a 6-0 win over Levante thanks to goals by Mendy, Benzema, Rodrygo and Vini Jr., who hit his first ever madridista hat-trick. Modrić provided three assists in the game as Benzema further added to his legendary status by moving level with Raúl as the second-highest goalscorer in Real Madrid history.

The game began in a fairly even fashion with few real chances of note. Only Karim Benzema had tested Cárdenas, when with 13 minutes gone, Mendy opened the floodgates. The full-back latched on to a delightful Modrić assist to drive into the area and make it 1-0. From that moment on, Madrid took hold of the game and began crafting out chances for fun. Two in a row for Valverde, one of which came back off the post, and another for Mendy, were just the prelude to the second goal. With 19 minutes gone, Benzema wrote his name deeper into the history books when he headed home a Vini Jr., cross to bring him level with Raúl's tally of 323.

Video.6-0: The champions storm to victory thanks to Vini Jr. hat-trick

Ancelotti’s boys were now firmly camped in the visitors’ half as Vini Jr. almost grabbed Madrid’s third, but Cárdenas pushed the ball out for a corner. Levante tried to make the most of the space left by the hosts and Son came within a whisker of reducing the deficit when his strike went wide of the post. The madridistas continued to apply the pressure, with Benzema dragging a shot across goal and Rodrygo finding the net, only to be flagged by the linesman for offside. The third goal finally came when Rodrygo played a neat one-two with Modrić before beating Cárdenas. The Whites were not content to sit back as Valverde looked to get his name on the scoresheet, but he was denied by the crossbar on two occasions. Vini Jr. did find a way through to make it 4-0 in the 45th minute when his effort across the keeper went in after another one-two with Modrić.

Vini Jr. takes centre stage
Despite the 4-0 lead, the hosts kept up the pressure after the re-start. Cárdenas prevented a fifth goal when he did well to keep out Valverde and Modrić. Levante went in search of a consolation as Pepelu and Morales tried their luck from distance, but the main goal threat was at the other end. Rodrygo dinked an effort off target and Vini Jr. saw another goal chalked off for offside on 58’. The Brazilian got his reward on 68’ when Modrić started another move before feeding Benzema who rounded the keeper before providing the assist for his teammate.

Ancelotti then sent on academy players Peter and Gila, while Levante went close on two occasions through Son and Morales. Soon after, Vini Jr. completed his hat-trick when he turned inside the area, beat a player and fired in his side’s sixth (83’). Mariano almost added another goal, but the scoreline remained the same as the league champions produced another victory for the Bernabéu faithful. 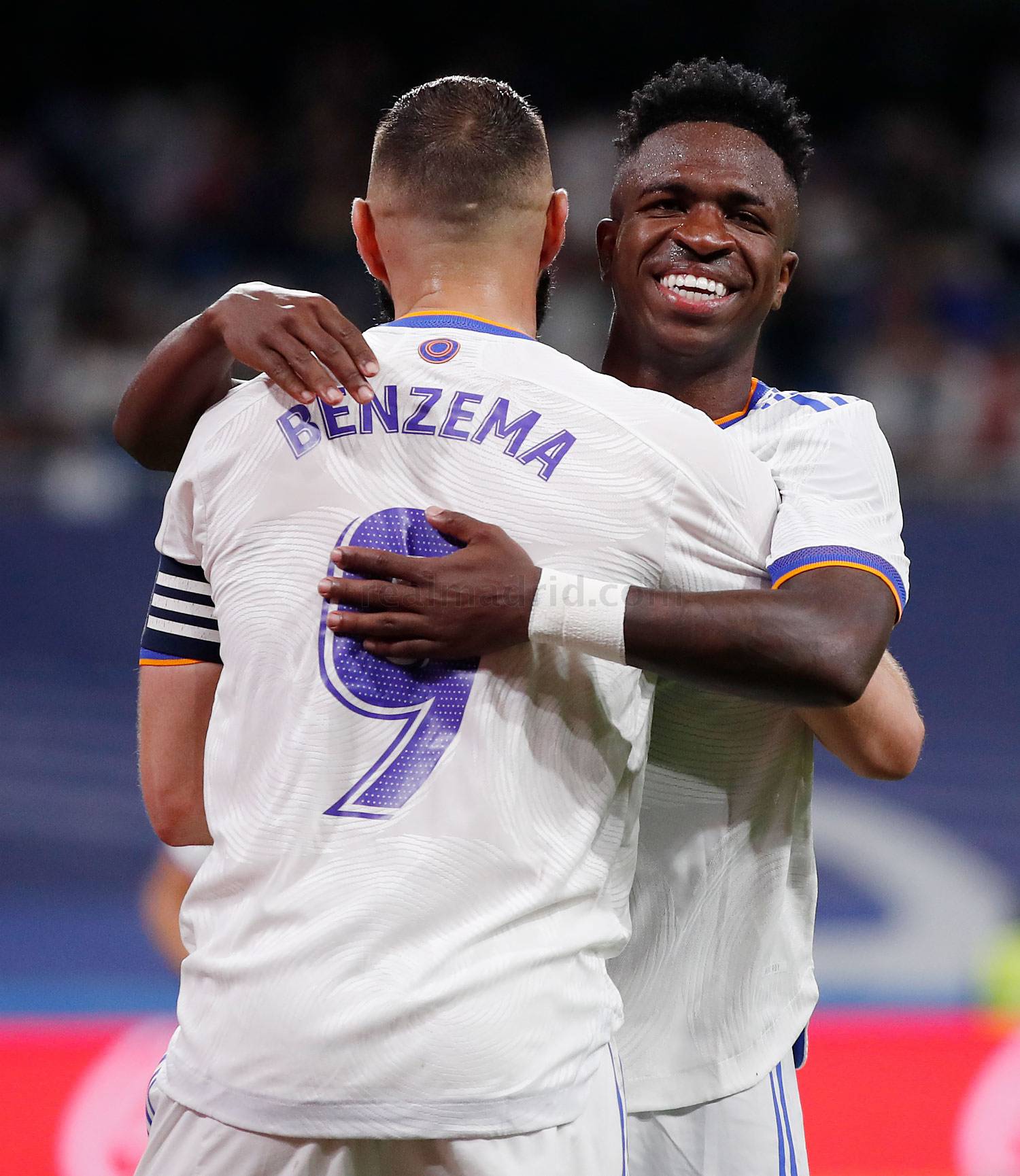 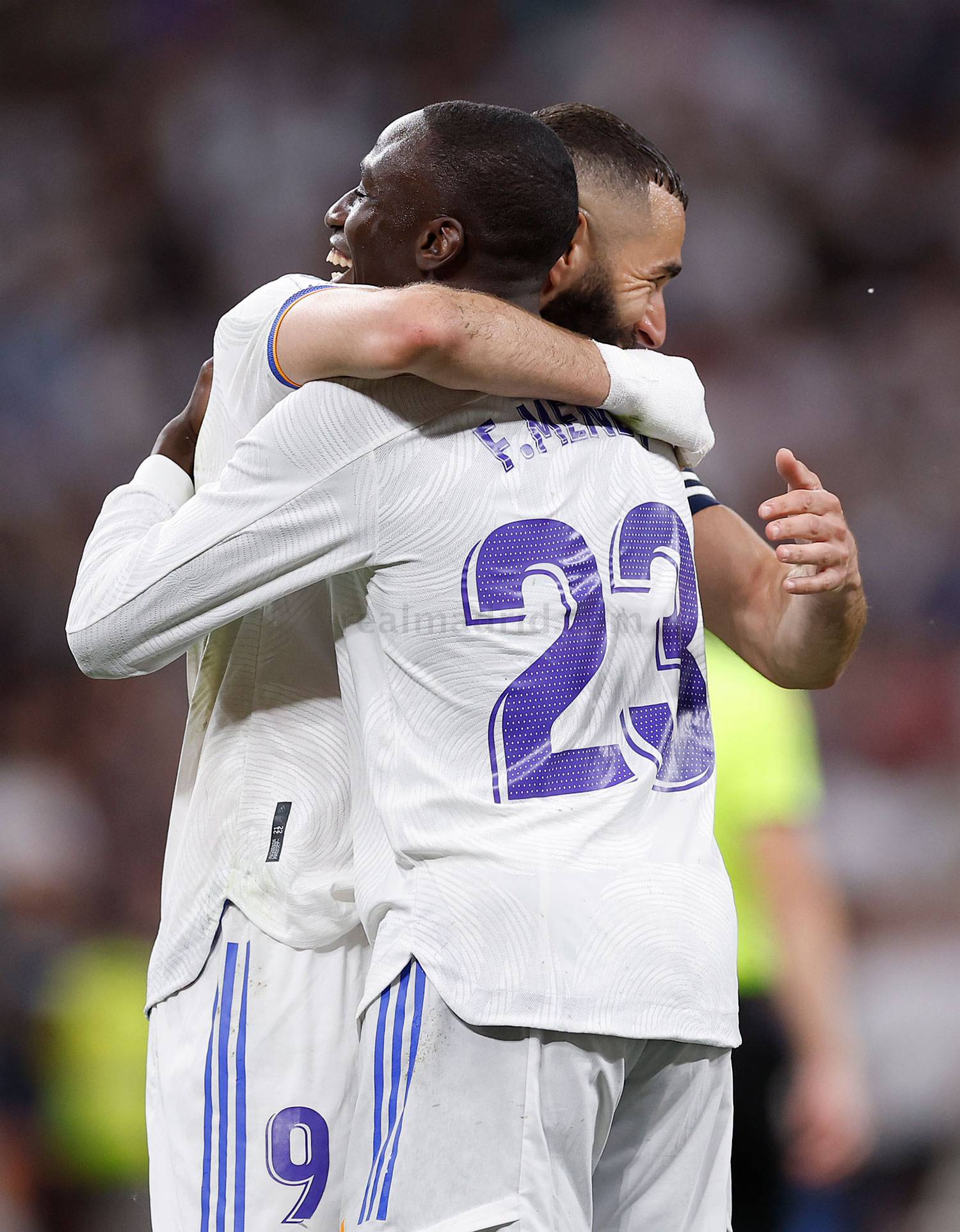 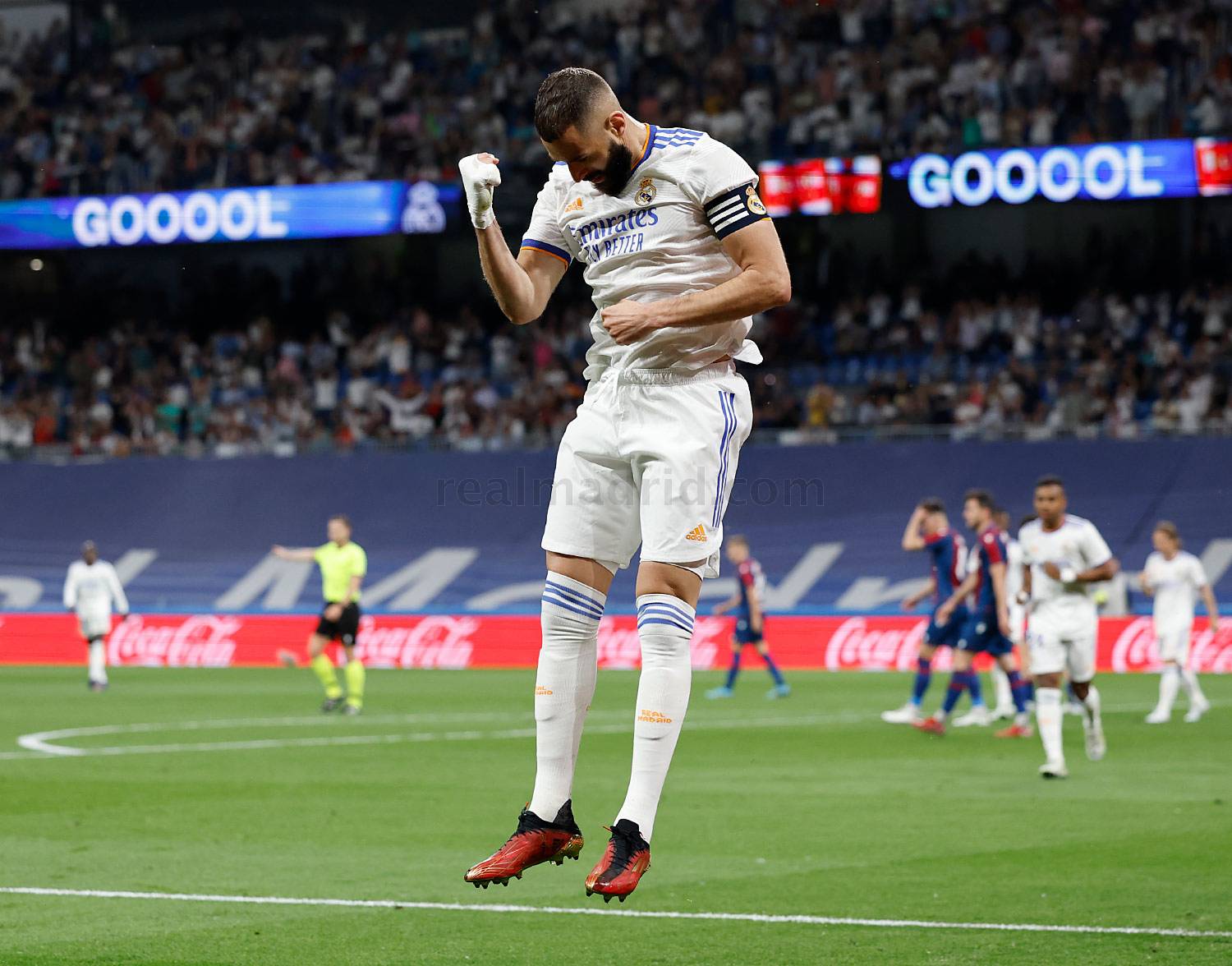 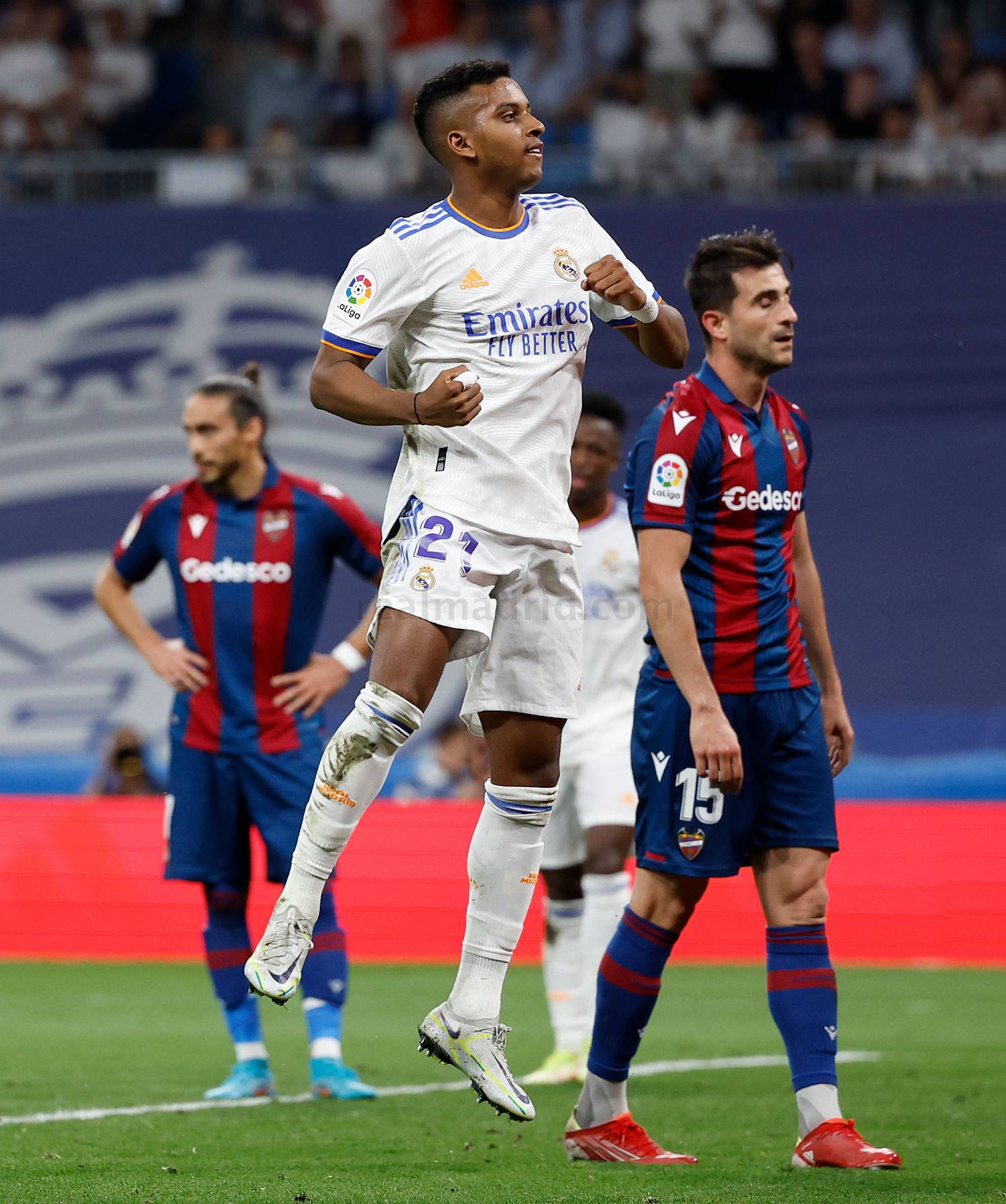 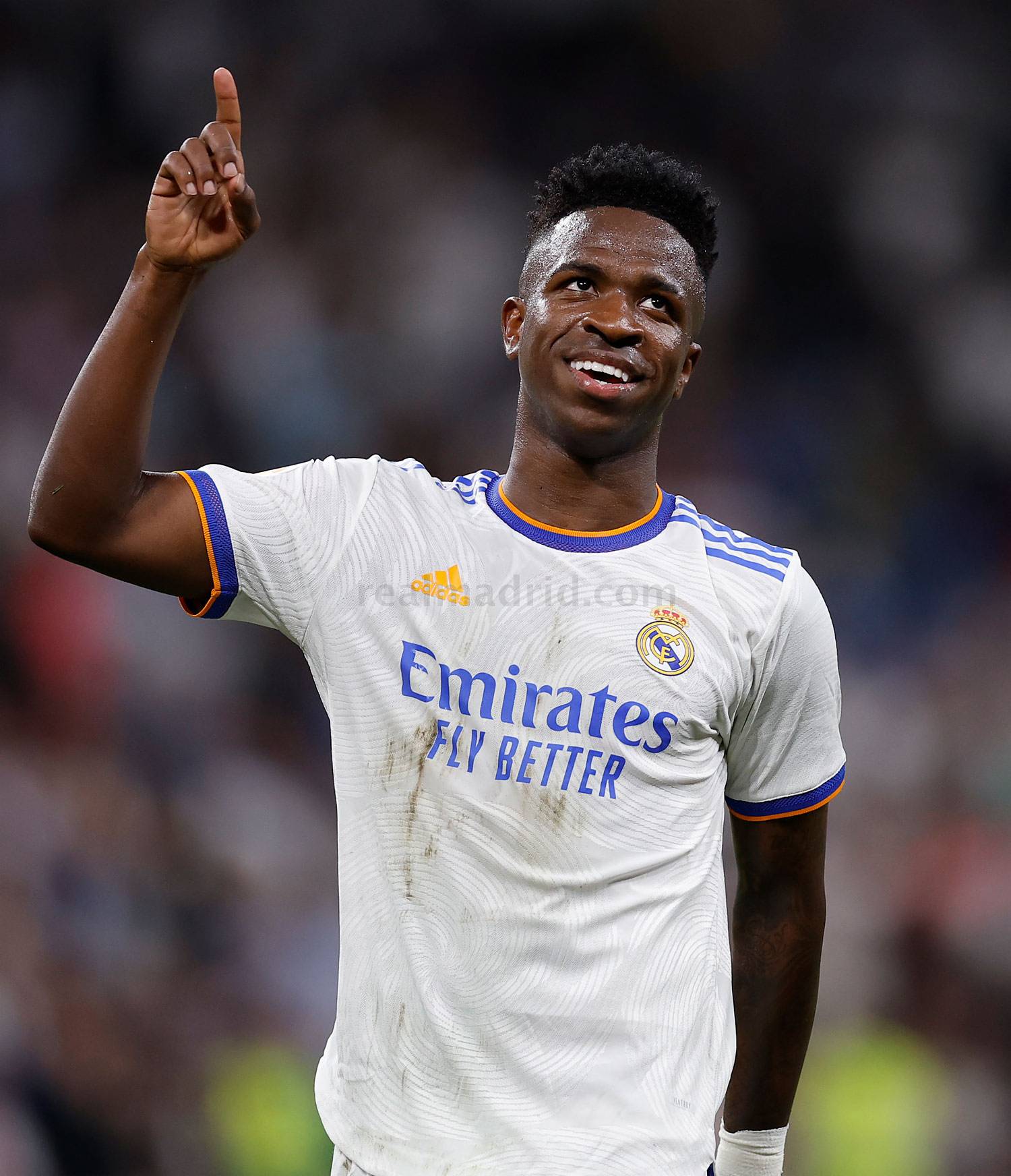 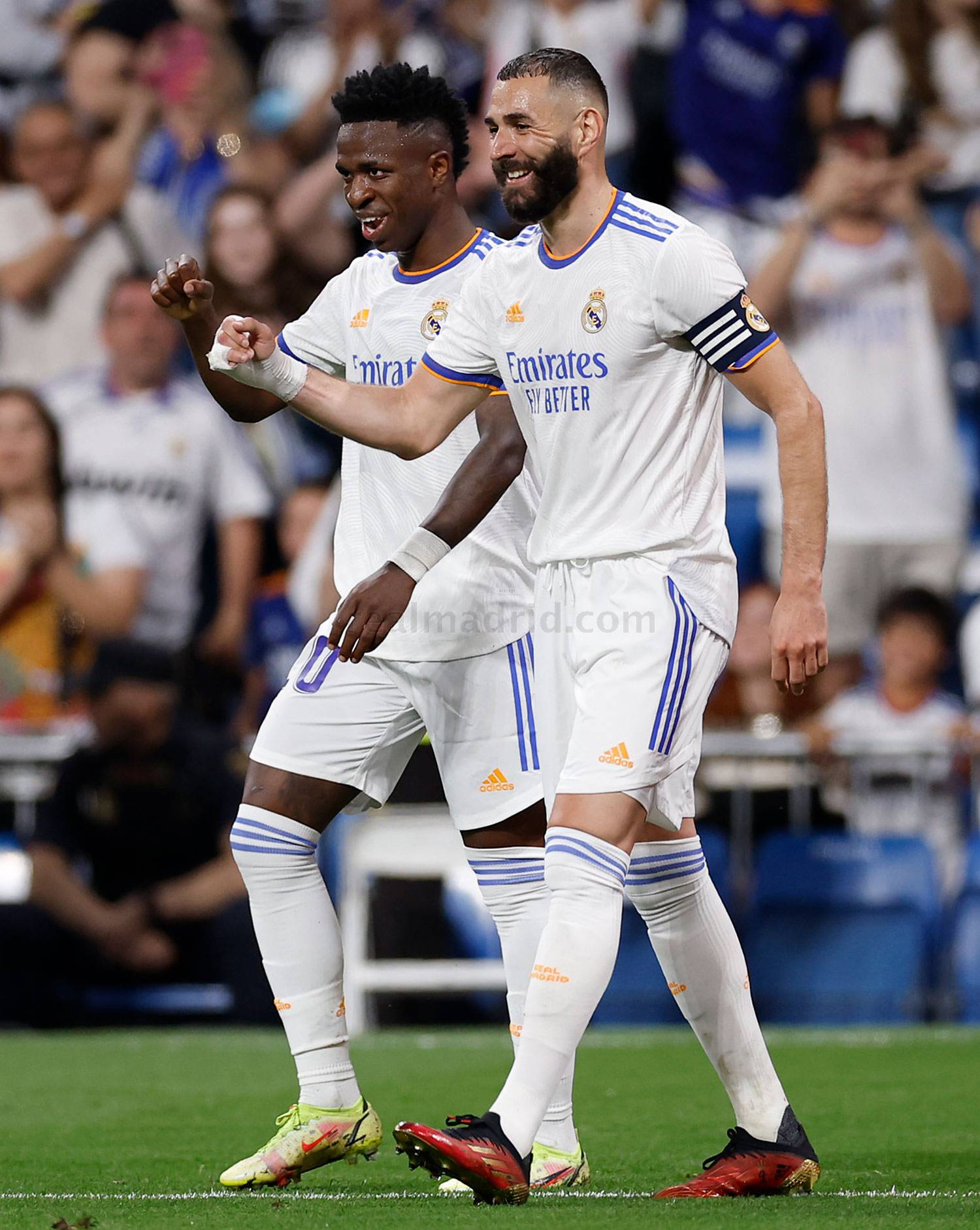 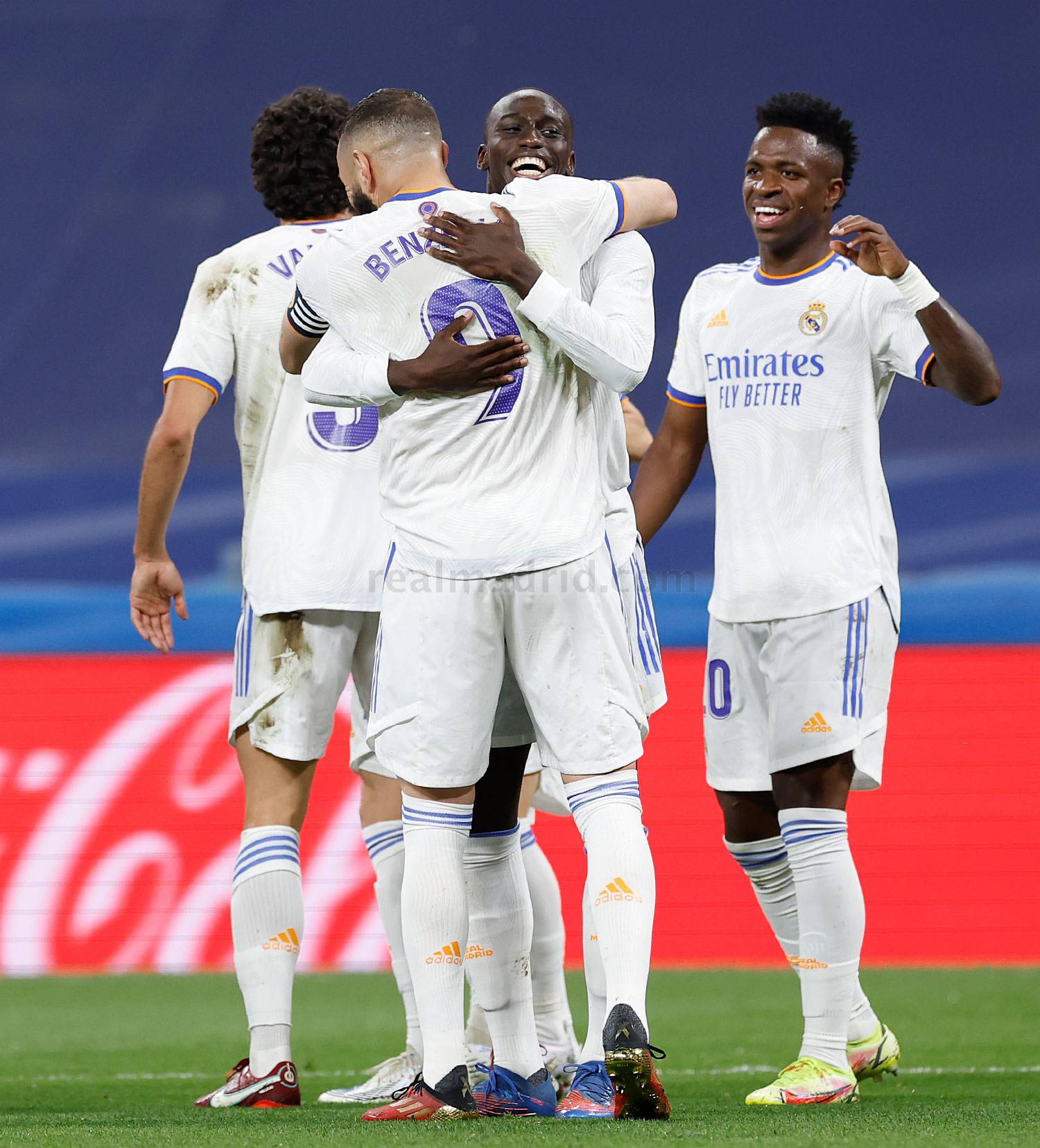 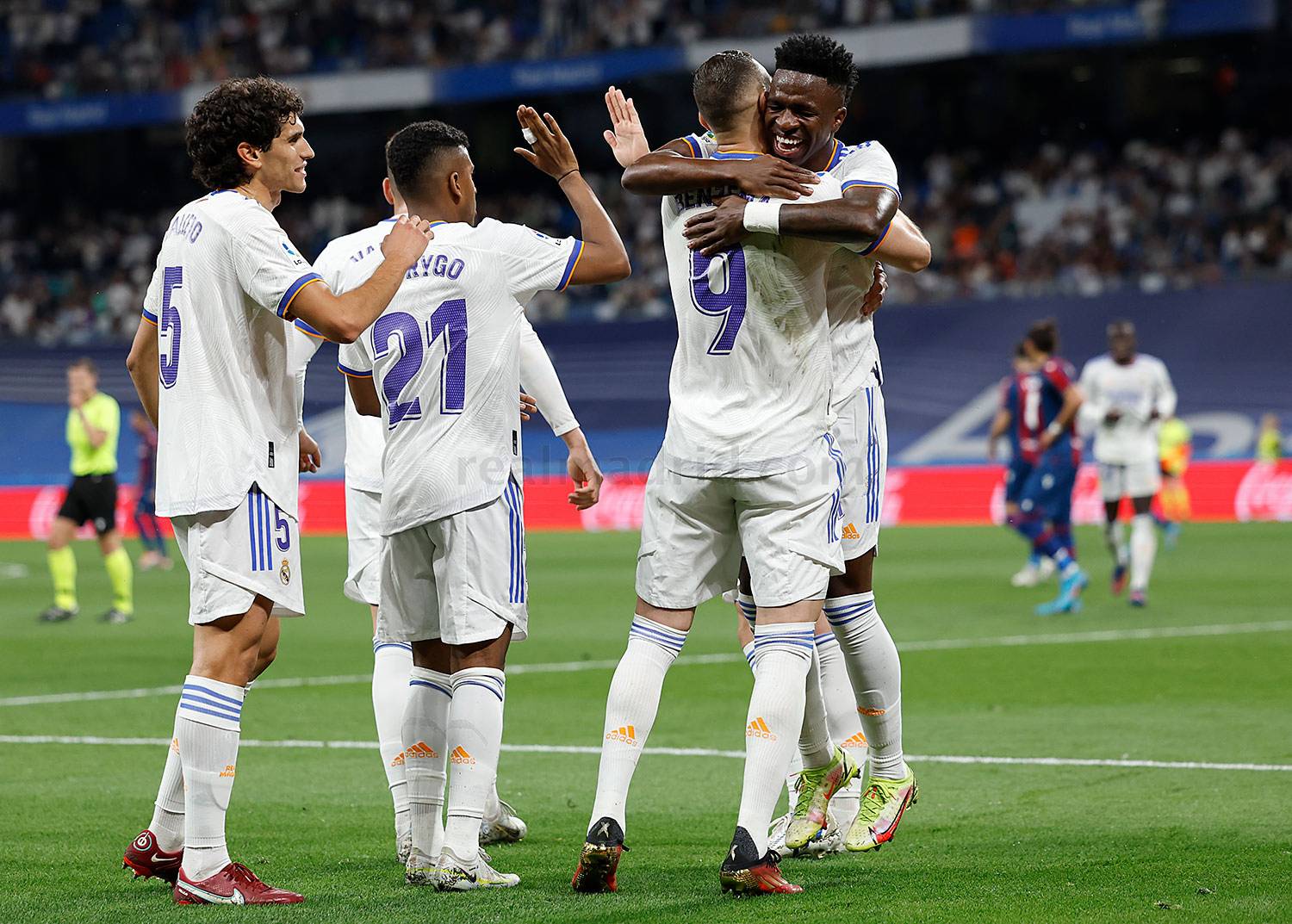 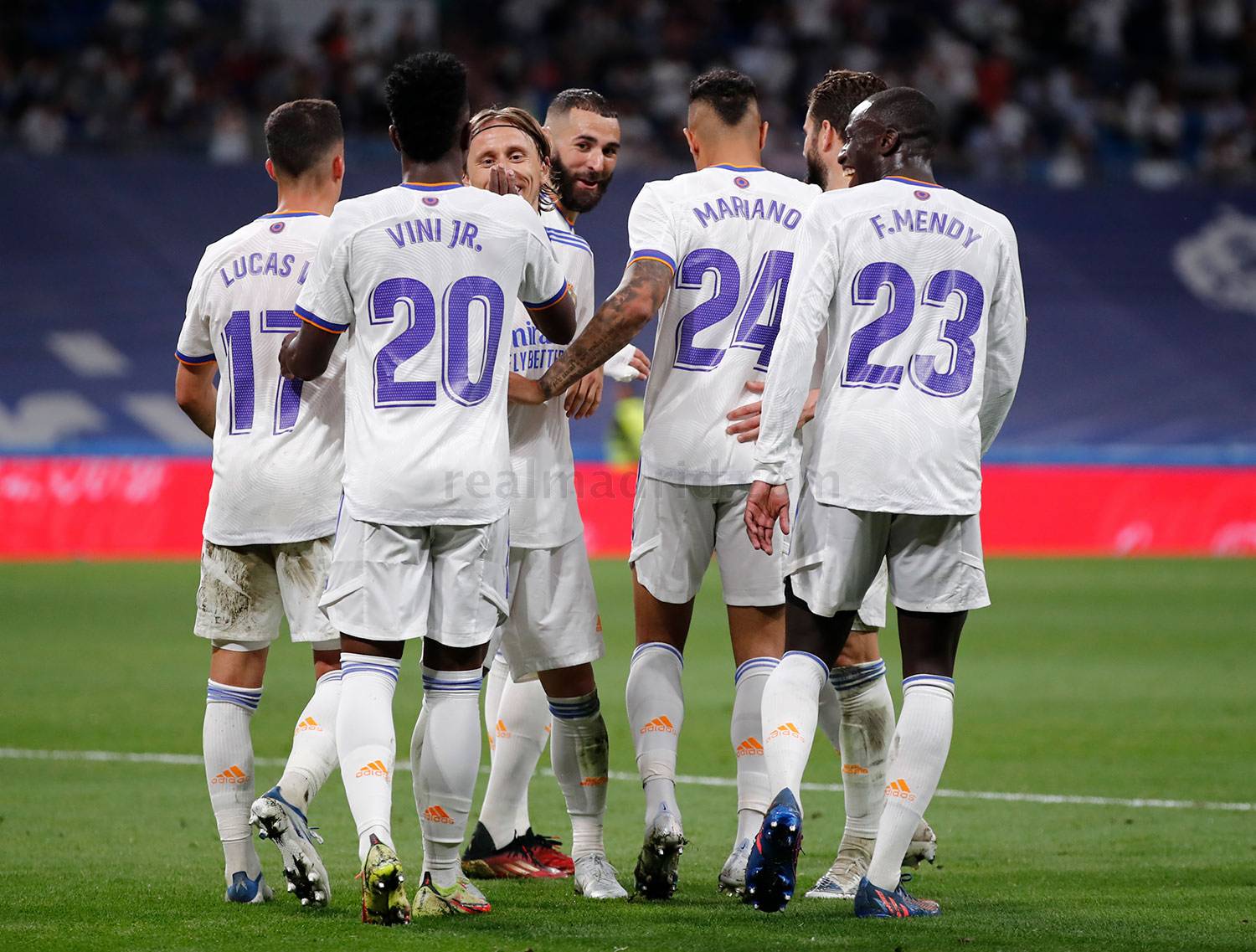 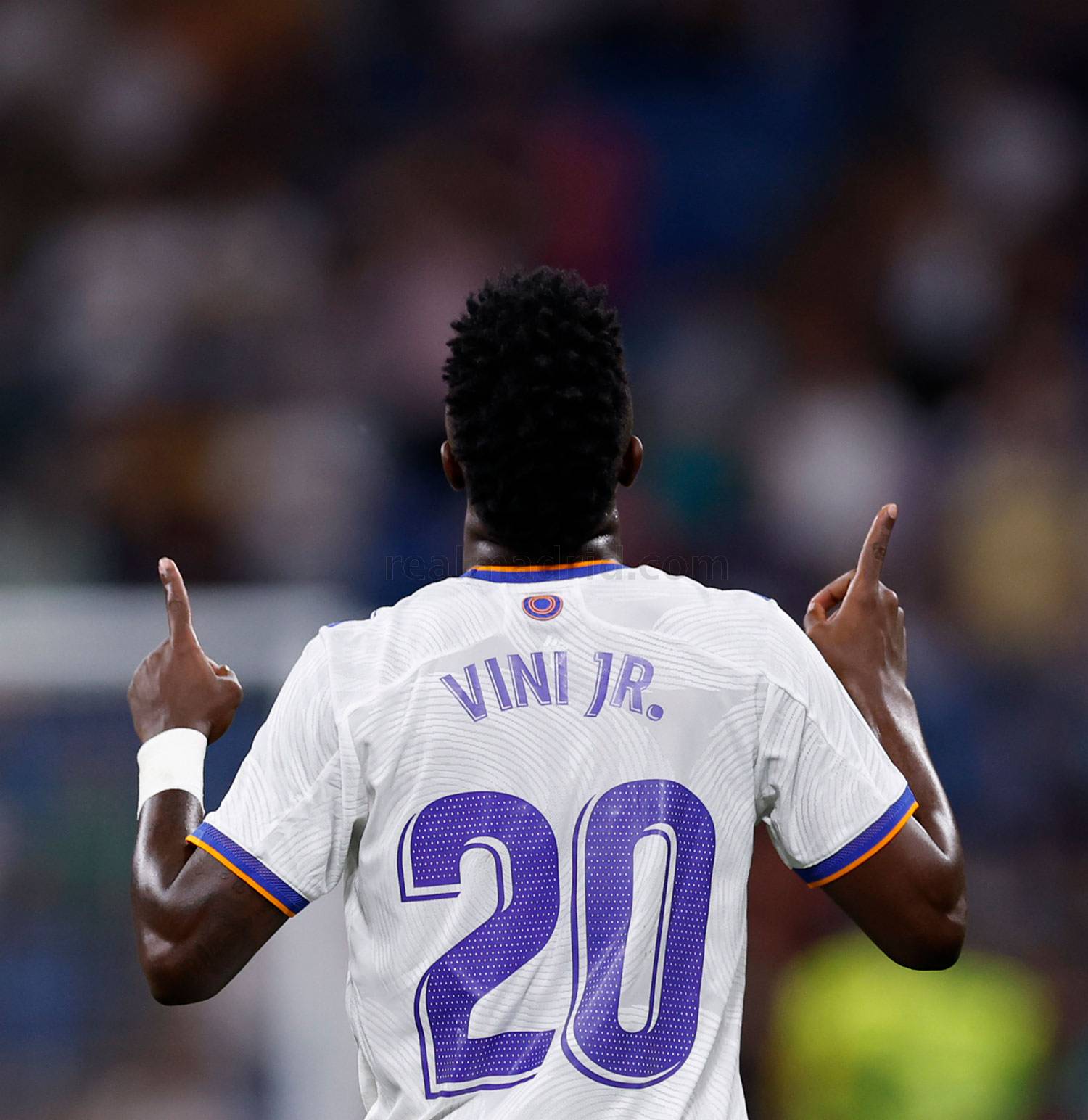 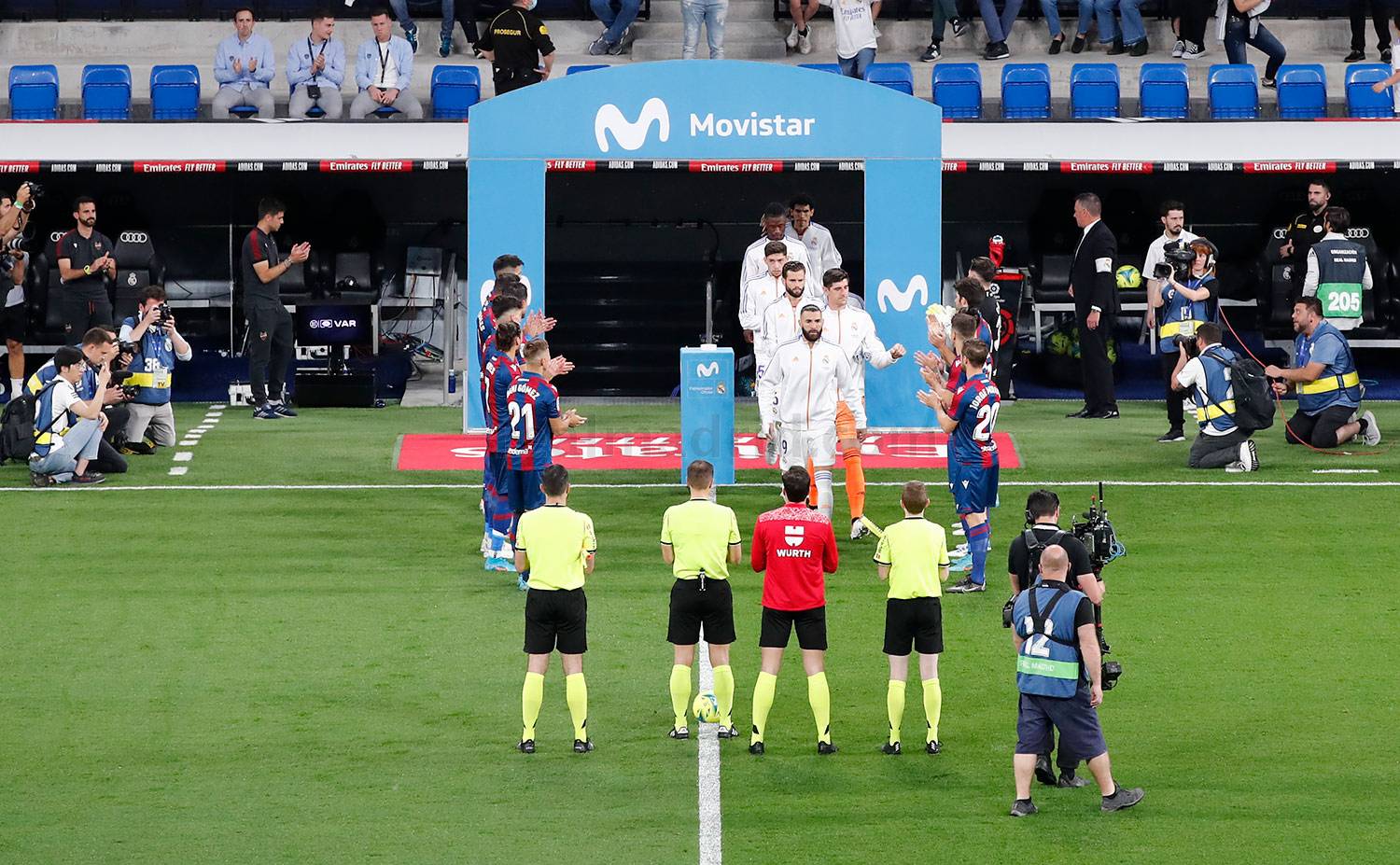 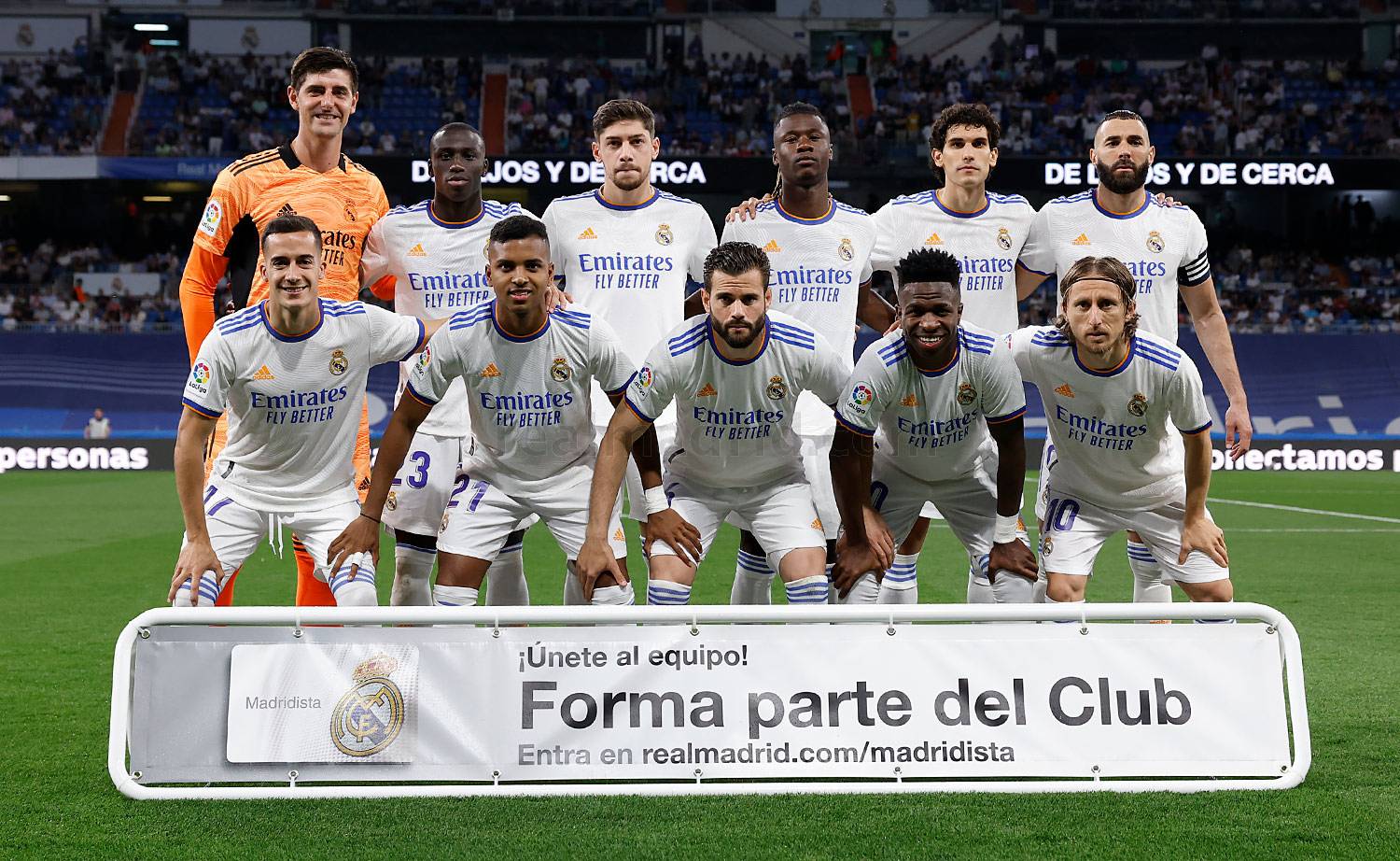 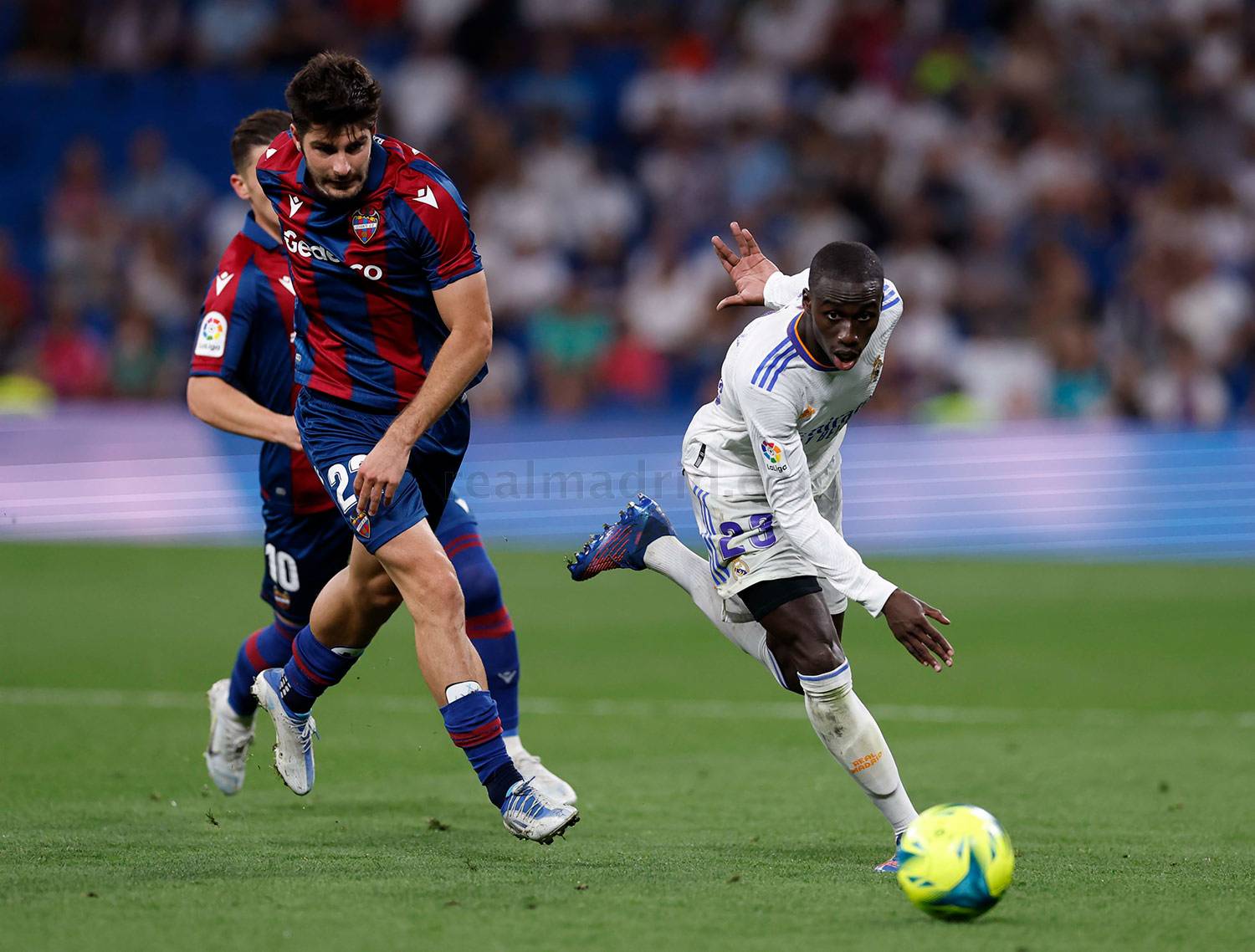 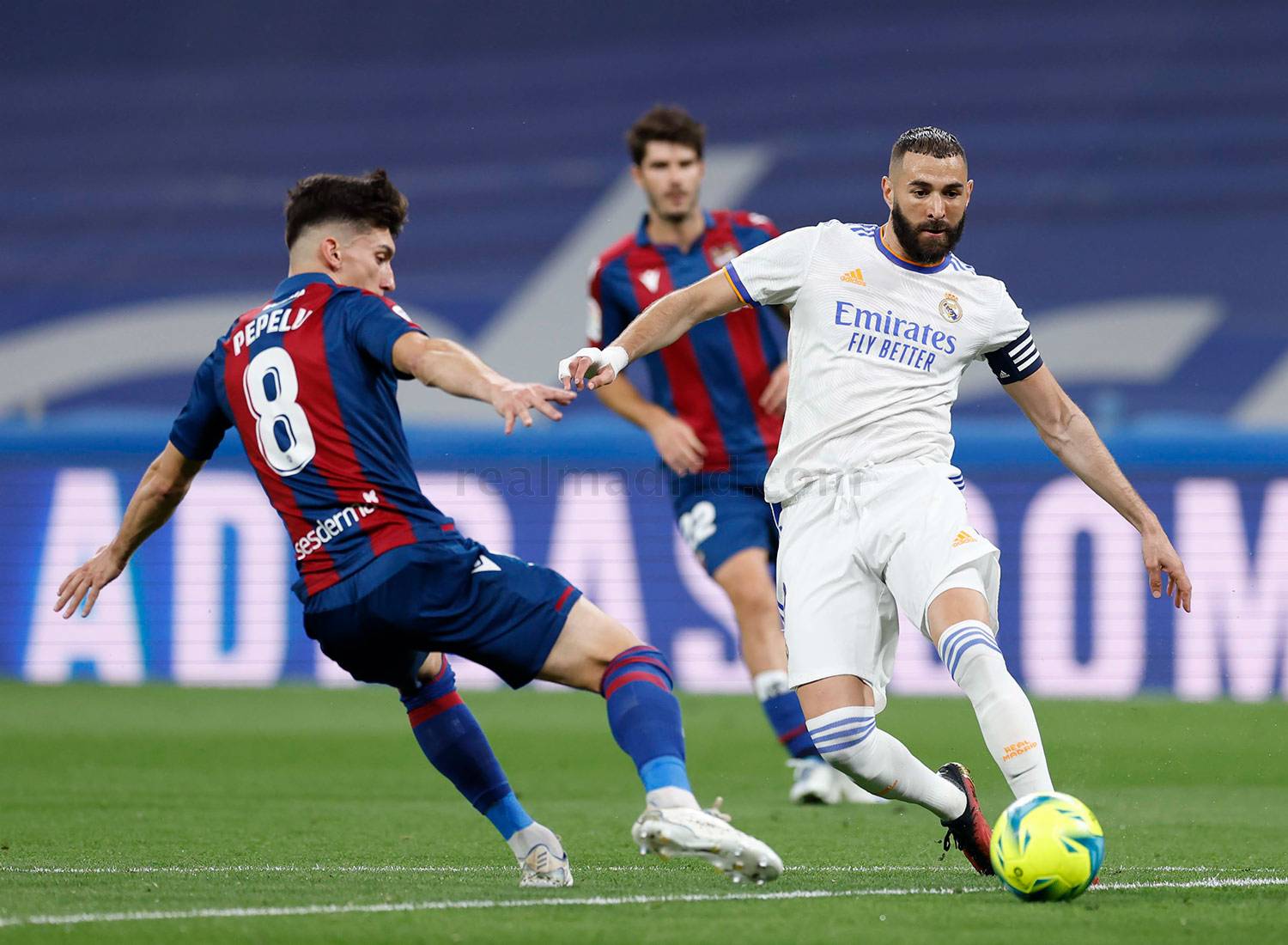 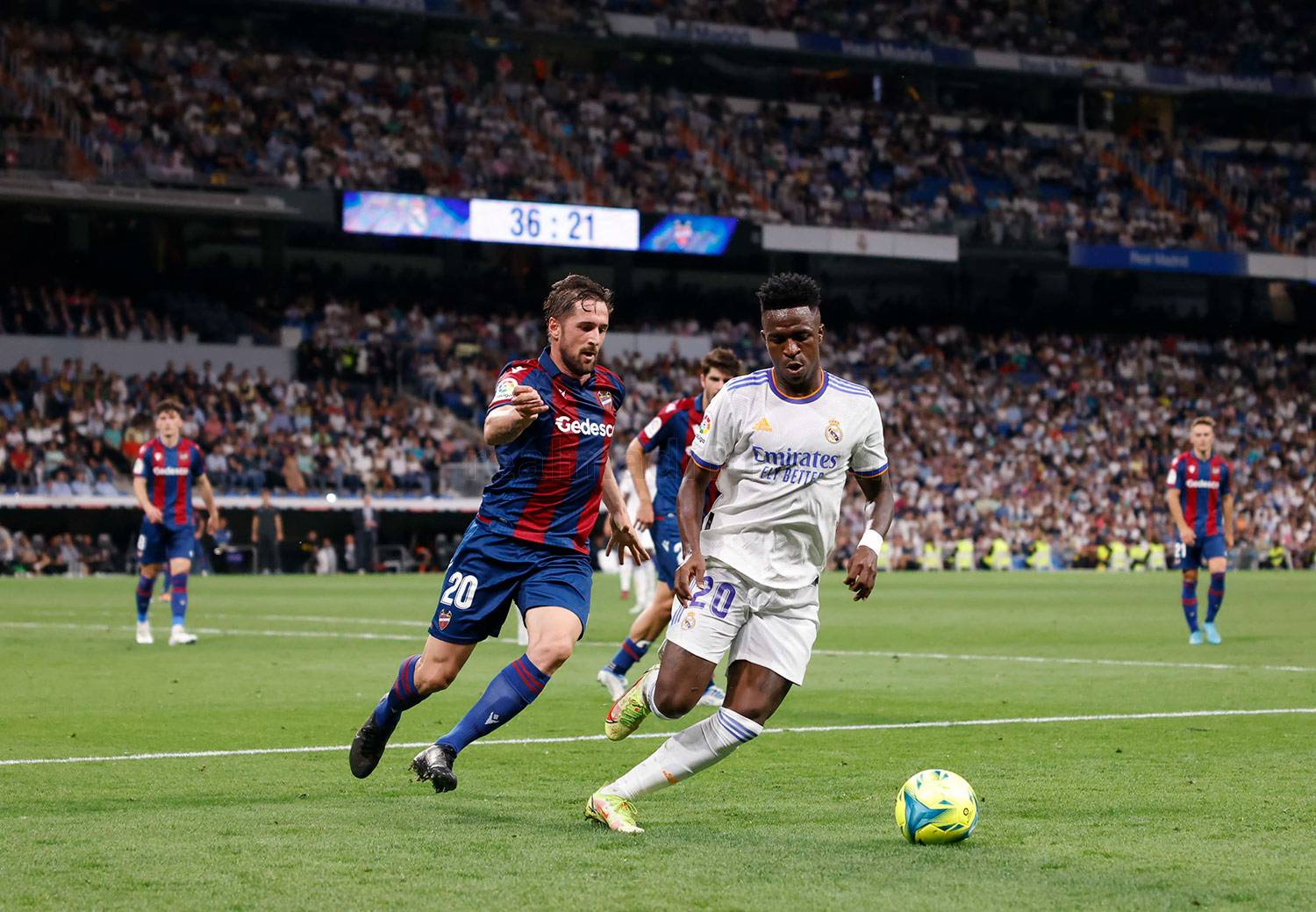 Benzema netted his 44th goal in 44 games this season, the most prolific campaign of his career. His strike saw him move level with Raúl as the club's second-highest all-time goalscorer. Both madridista legends now sit on 323, with only Cristiano Ronaldo sitting in front of them, on 451. The Frenchman is still way out in front in the LaLiga scoring charts on 27 goals.

Vini Jr. gets his first hat-trick

The Brazilian continues his hot streak. He hit his first Real Madrid hat-trick against Levante and has now scored 21 goals so far this season. he is also the third-highest goalscorer in LaLiga, with 17, and has laid on 10 assists in the league.