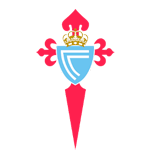 Two goals by Benzema give Real Madrid the three points against Celta at Balaídos.

Real Madrid got the job done to pick up another three points at Balaídos on their return to LaLiga after the international break. Karim Benzema scored twice from the penalty spot for the Whites, who extend their lead over Sevilla to 12 points, with the Andalusians visiting the Camp Nou this weekend. The game got off to a frantic start, with both sides carving out chances. The first was for Madrid, when a Lucas Vázquez cross was headed into the side-netting by Benzema in the 9th minute.

Celta responded five minutes later through a long-range strike by Denis Suárez, but Thibaut Courtois showed great reflexes to push the ball out for a corner. The deadlock was broken on 19’ when Eder Militão was brought down in the area by Nolito as the defender was about to play in a cross. Benzema duly converted the spot-kick to put the visitors ahead. Just when it looked like Madrid were in control of the game, Celta almost drew level on 23’. Aspas curled in a fine free-kick and Courtois pulled off a spectacular save. In the 39th minute, the hosts thought they had equalised as Galhardo’s header hit the post and crept over the line, but the goal was ruled outside for offside against Aspas.

The first chance after the break quickly fell to our team when Asensio whipped in a free-kick on 48’, which Modrić controlled on the edge of the box before getting his shot off. Only Dituro’s fine diving stop prevented the Croatian from adding his name to the scoresheet. The game was level with 52 minutes on the clock, as Nolito found the back of the net, leaving the league leaders in need of a reaction at Balaídos, something they hoped to find with the introduction of Rodrygo and Carvajal in place of Asensio and Lucas V. on 60 minutes. The Brazilian was quickly into the thick of the action, being brought down by Murillo in the box after latching on to a pin-point Modrić back-heel. The referee pointed to the spot, but Dituro got the better of Benzema this time to keep the scores level.

The save seemed to breathe new life into the hosts but four minutes later Mendy went down in the area once more as he tried to cut inside Kevin V. Again, it was Benzema who stepped up and there was to be no repeat of the previous spot-kick as he fired home from 12 yards to bring up his 34th goal of the campaign. From there to the end, the visitors turned in a solid display to maintain their lead and take three valuable points. Next up, the Champions League quarter-final first leg, on the road at Chelsea. 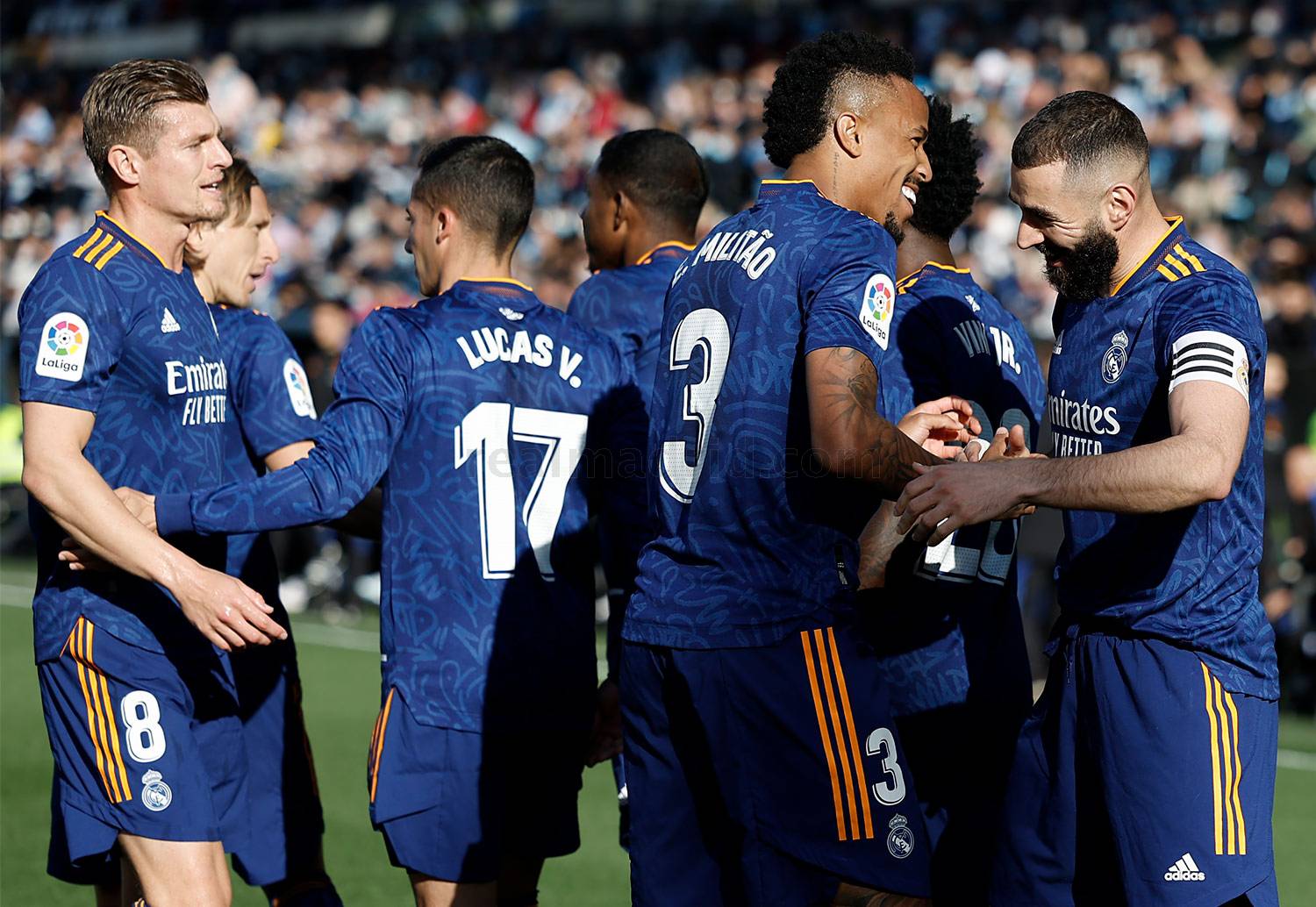 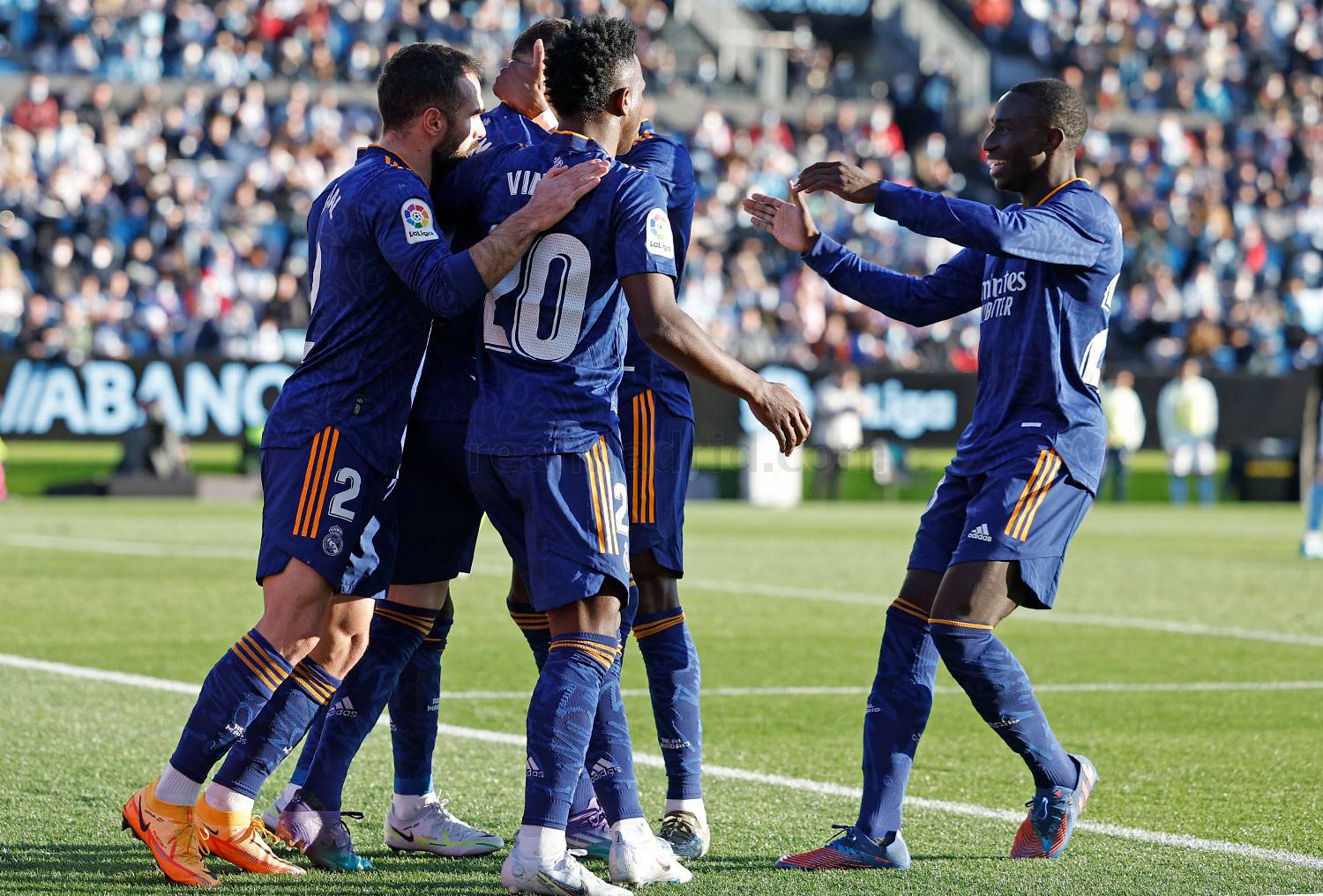 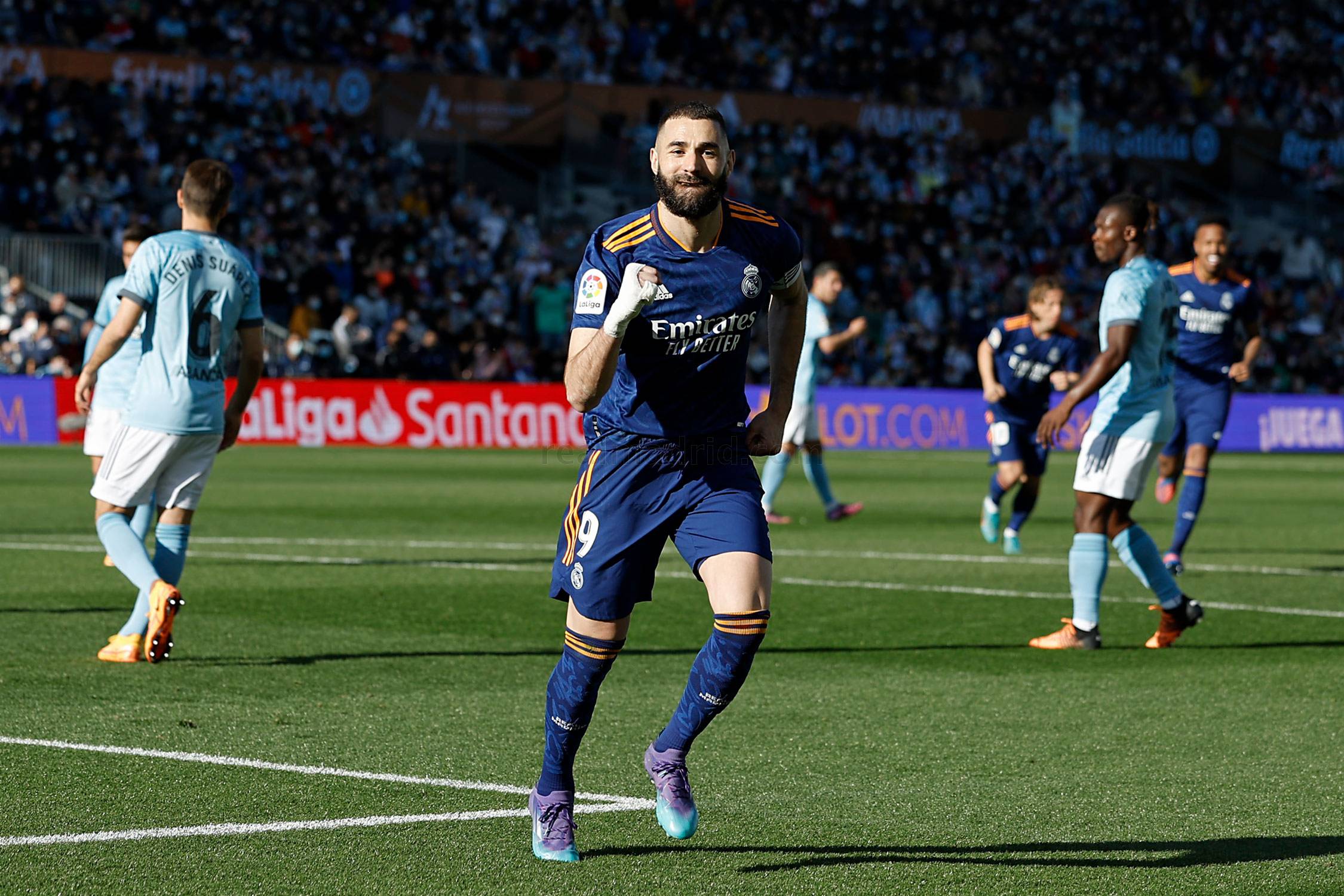 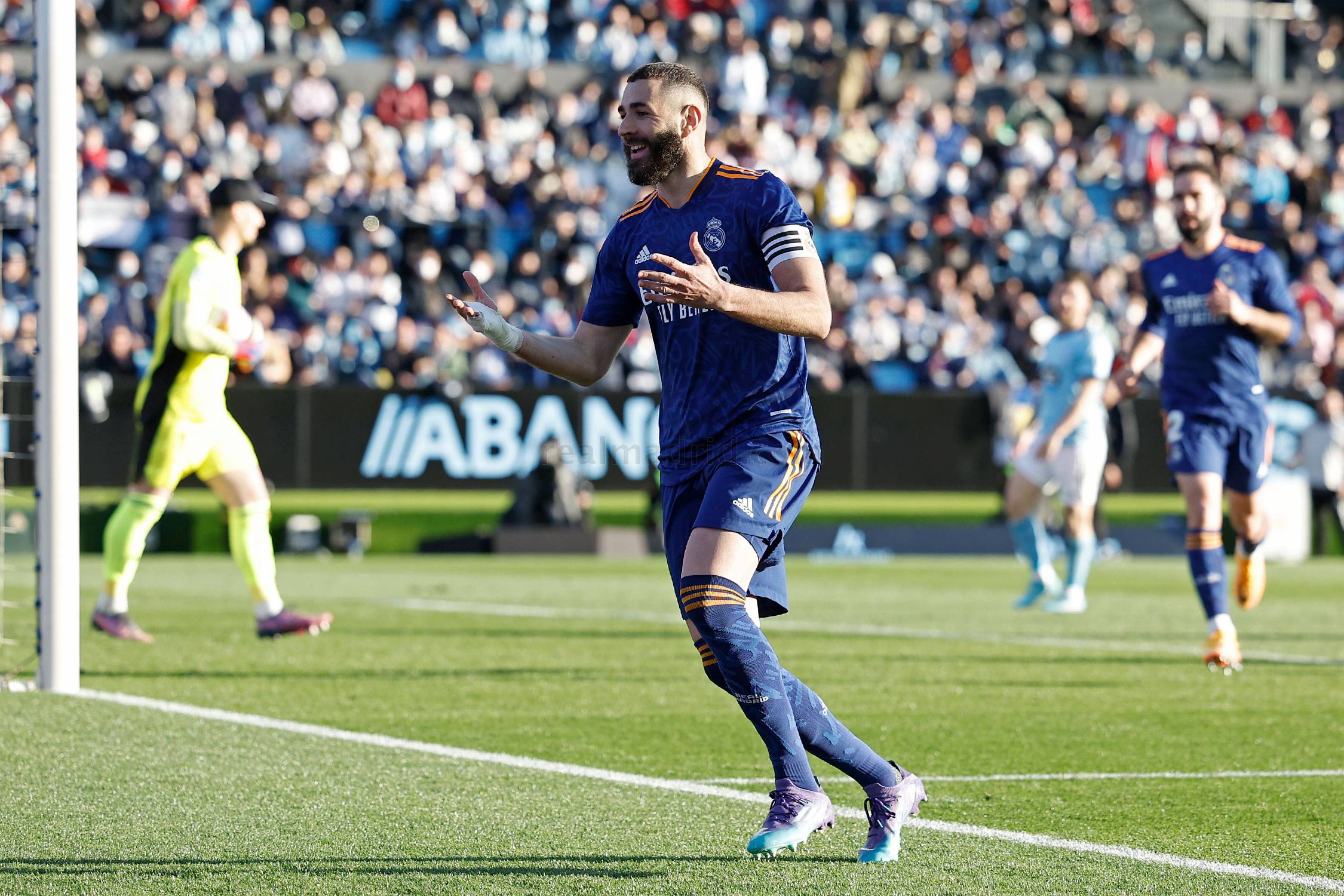 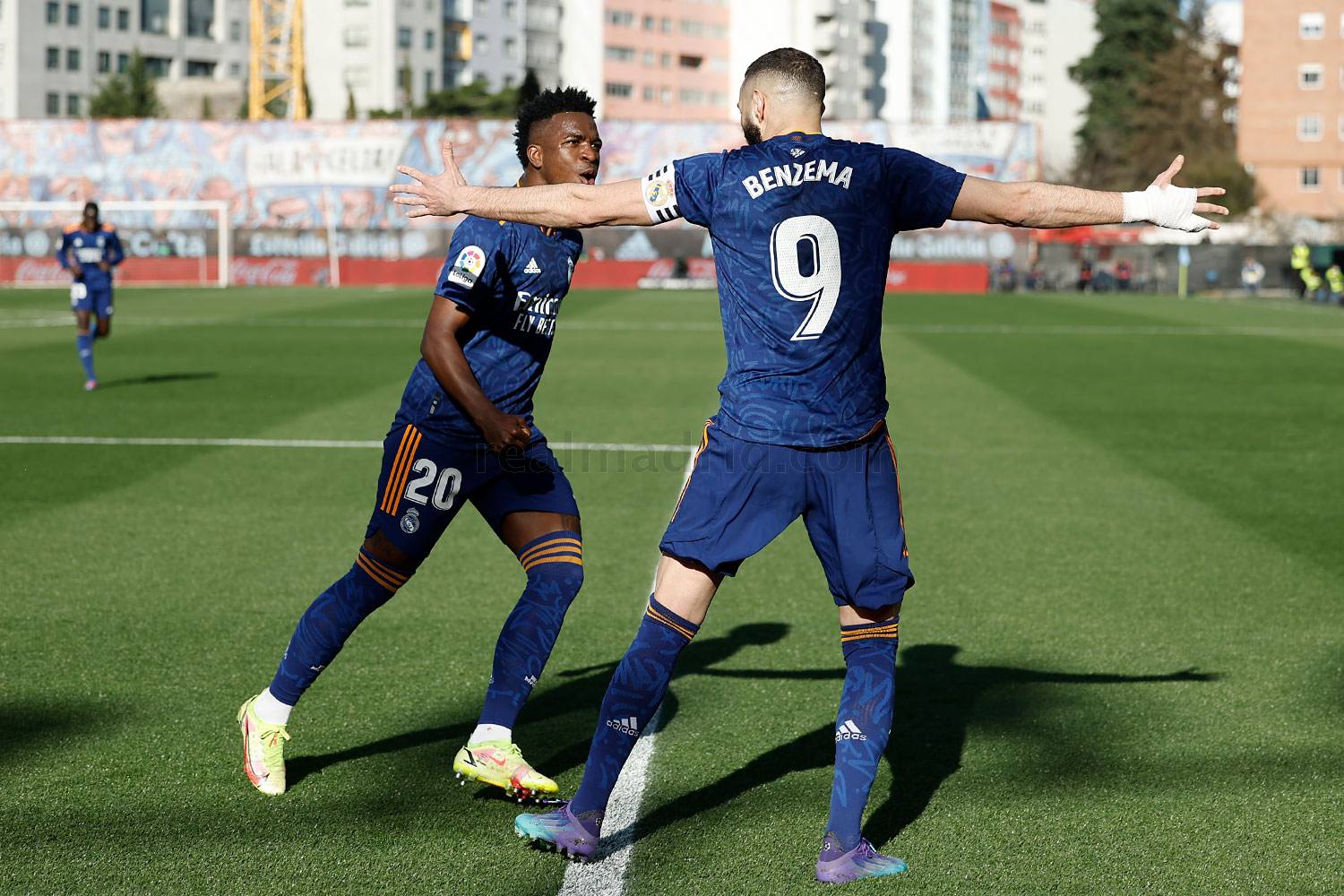 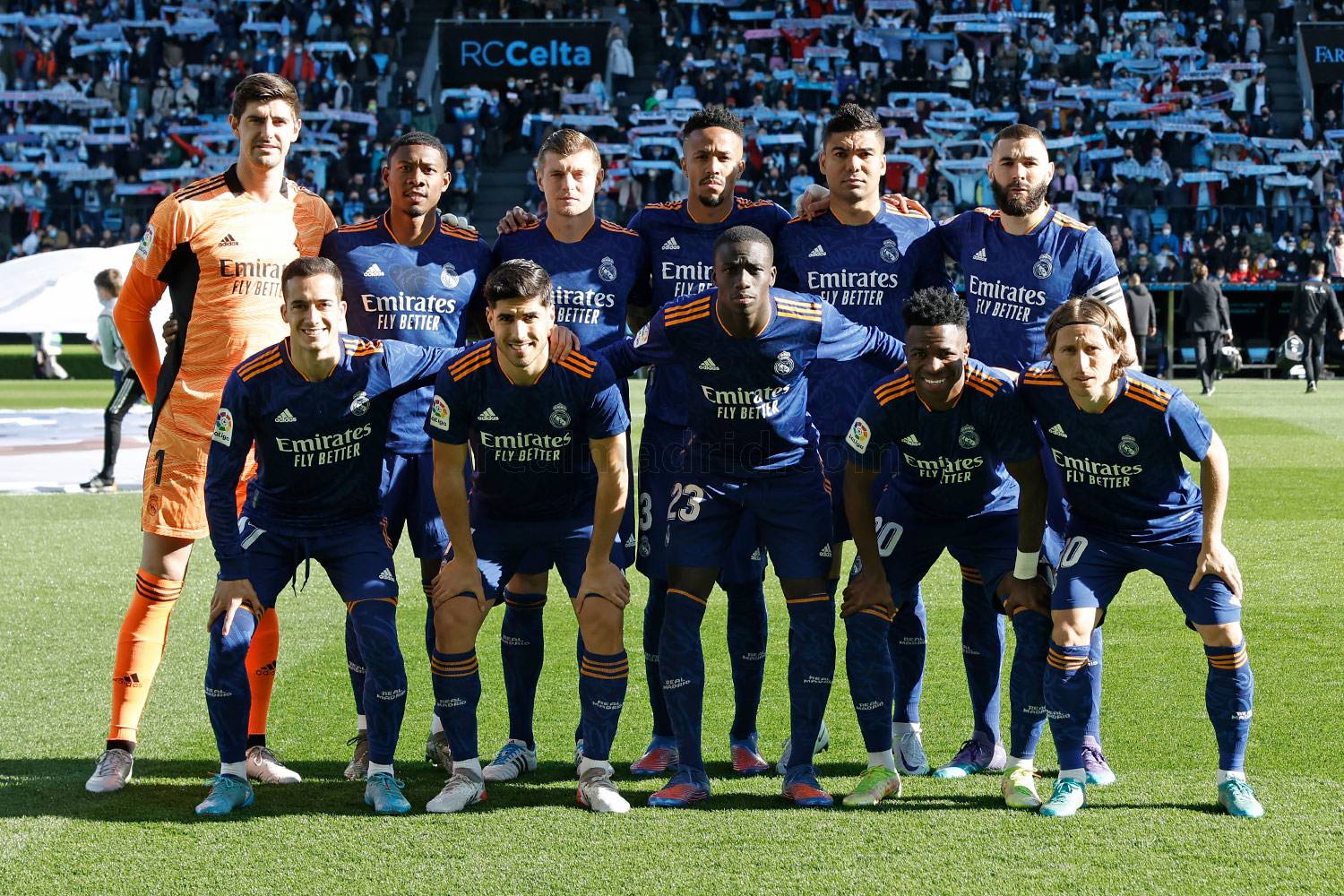 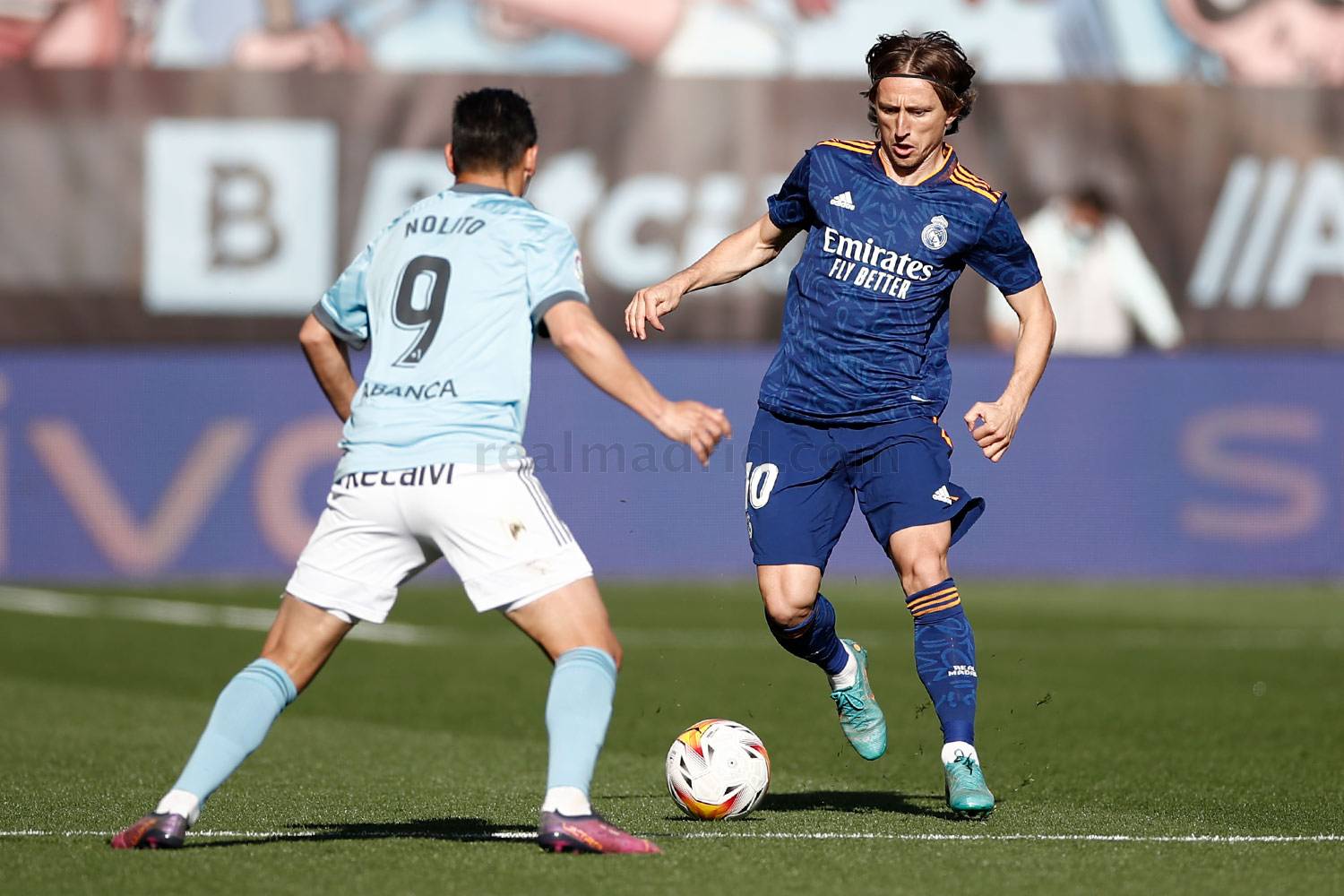 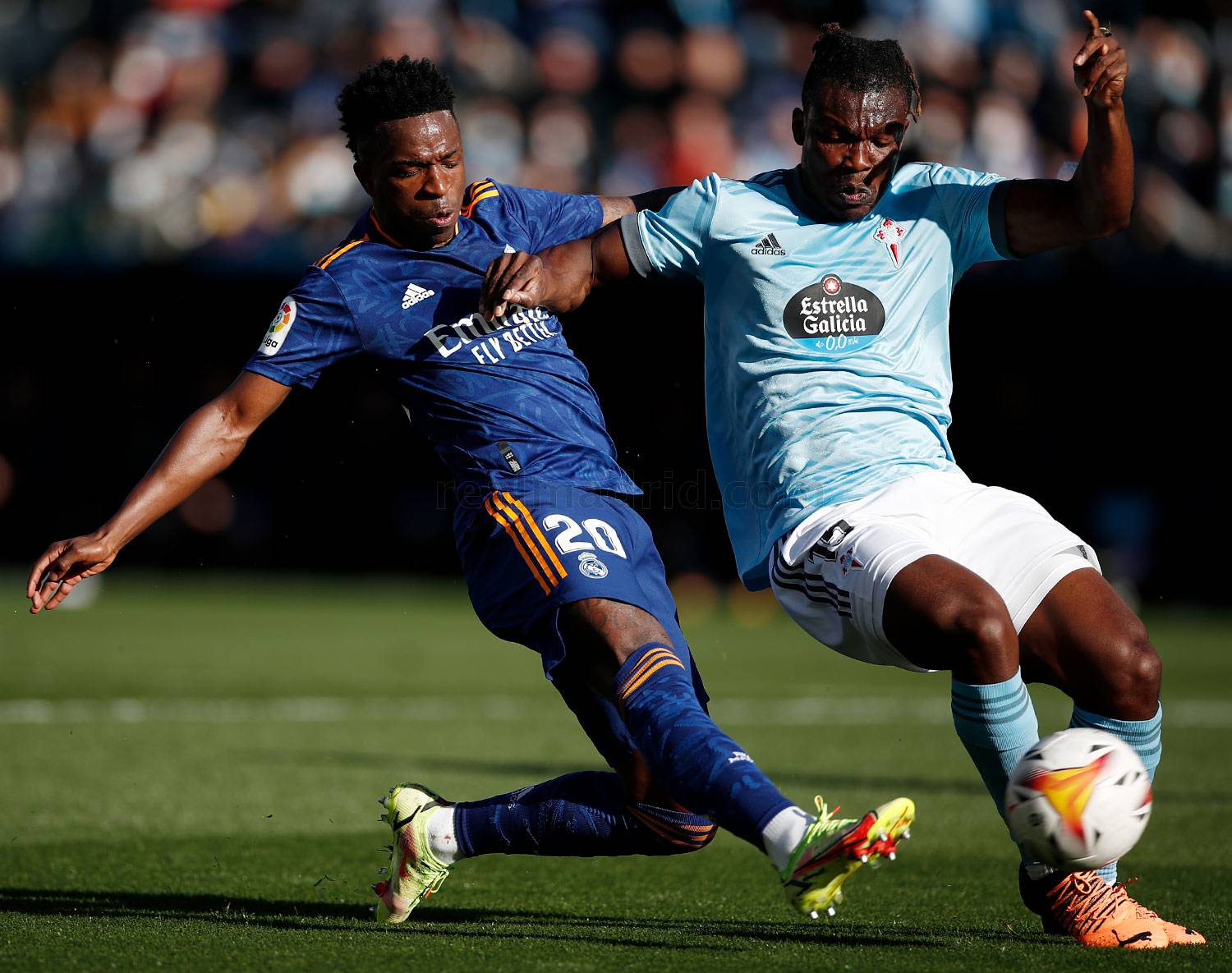 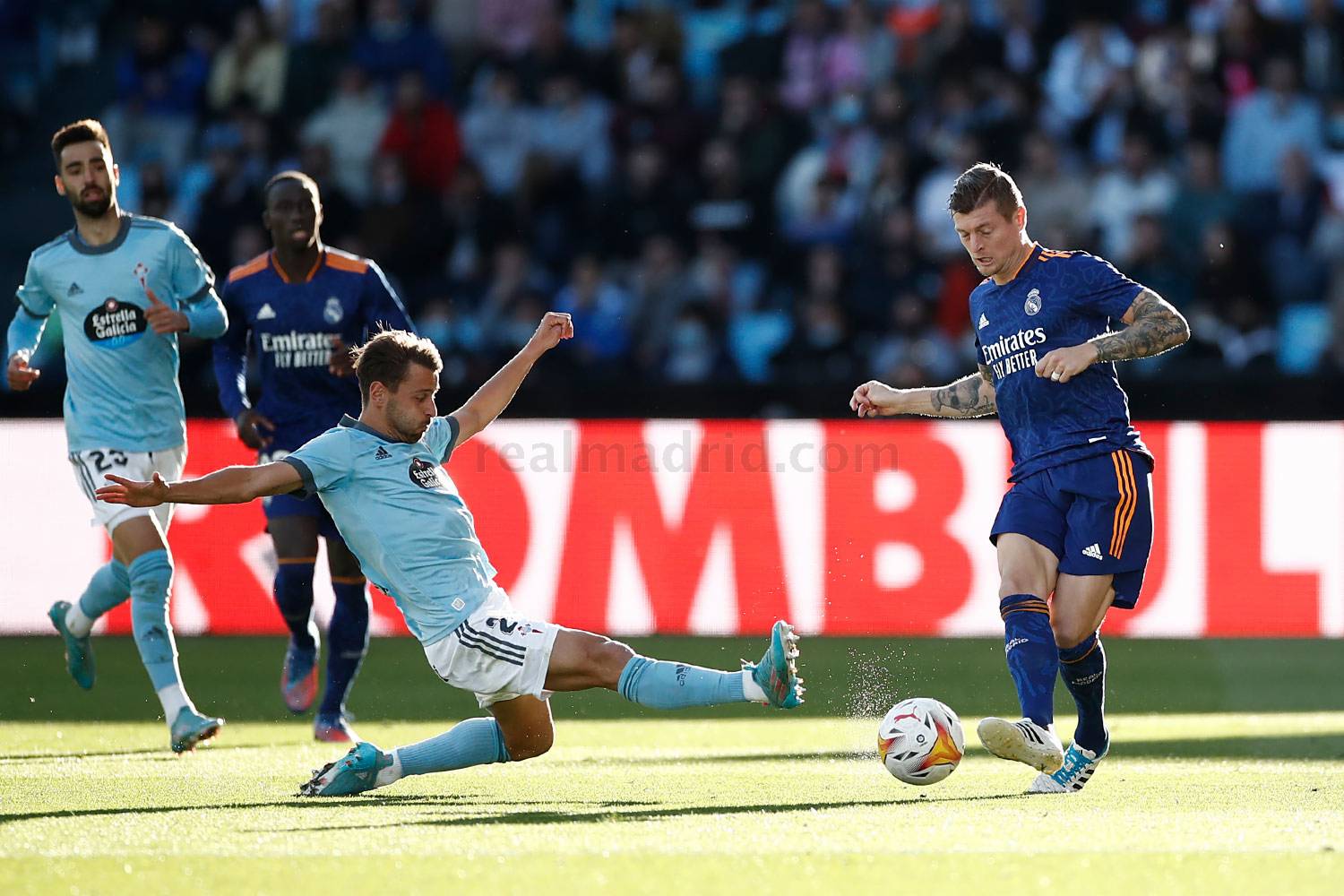 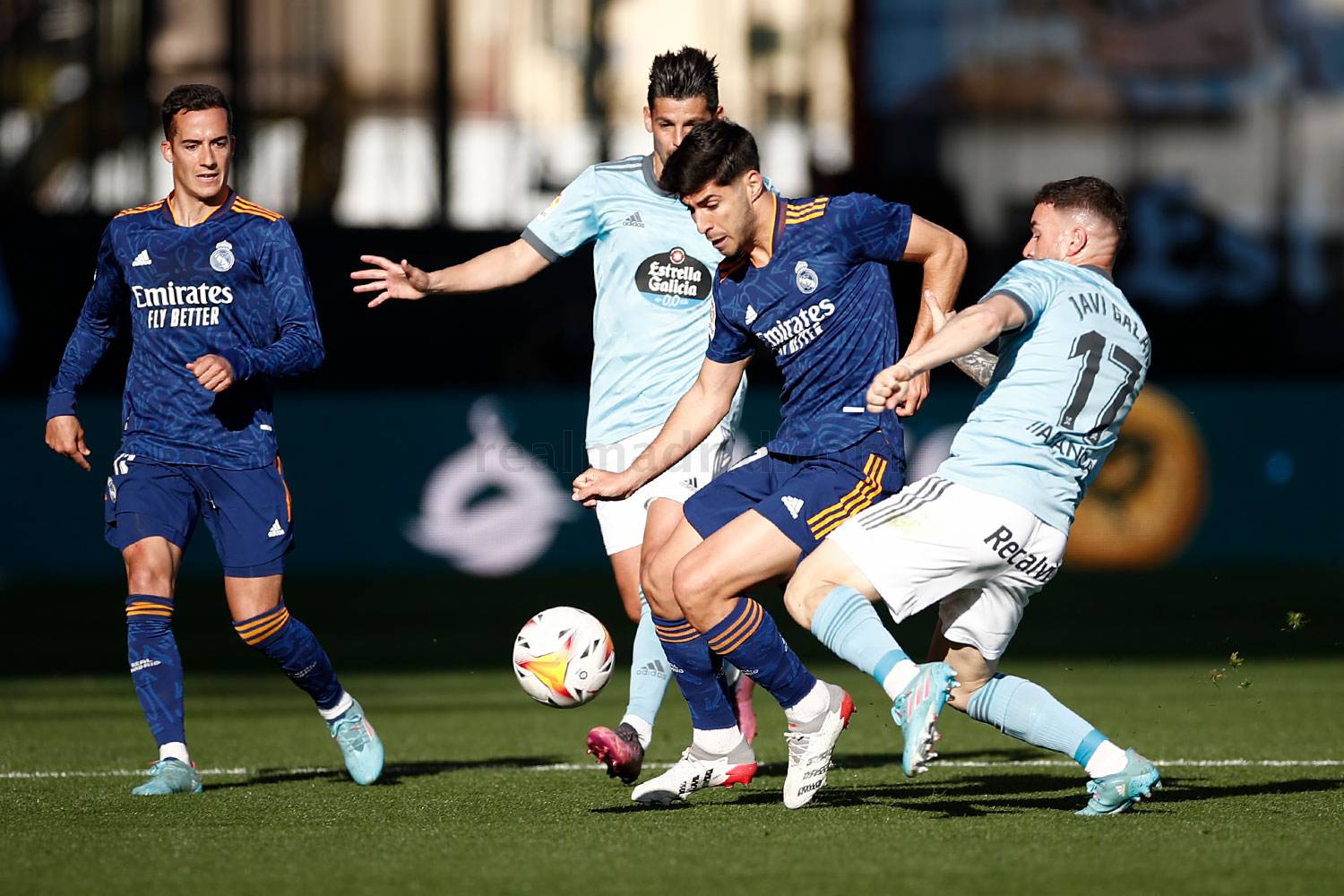 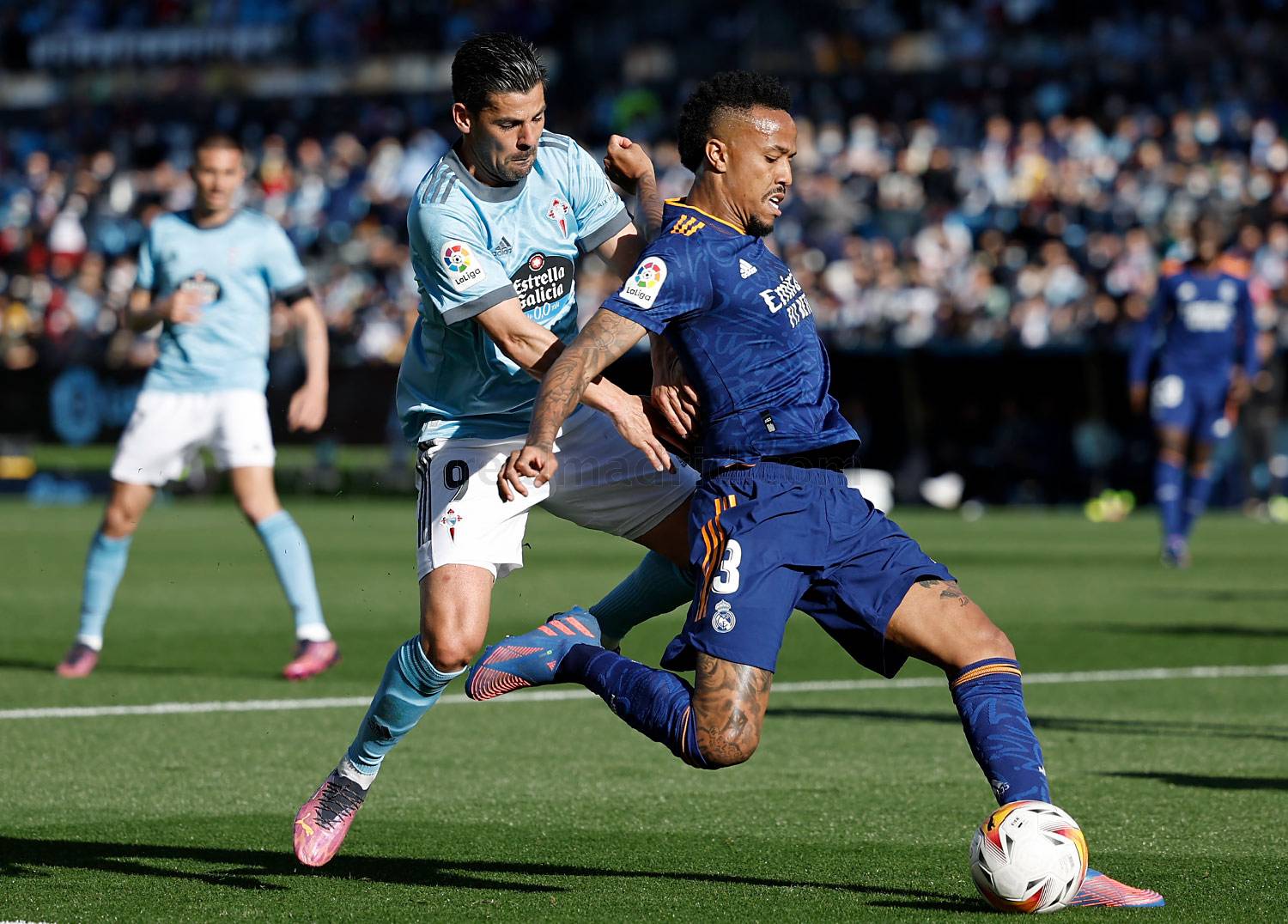 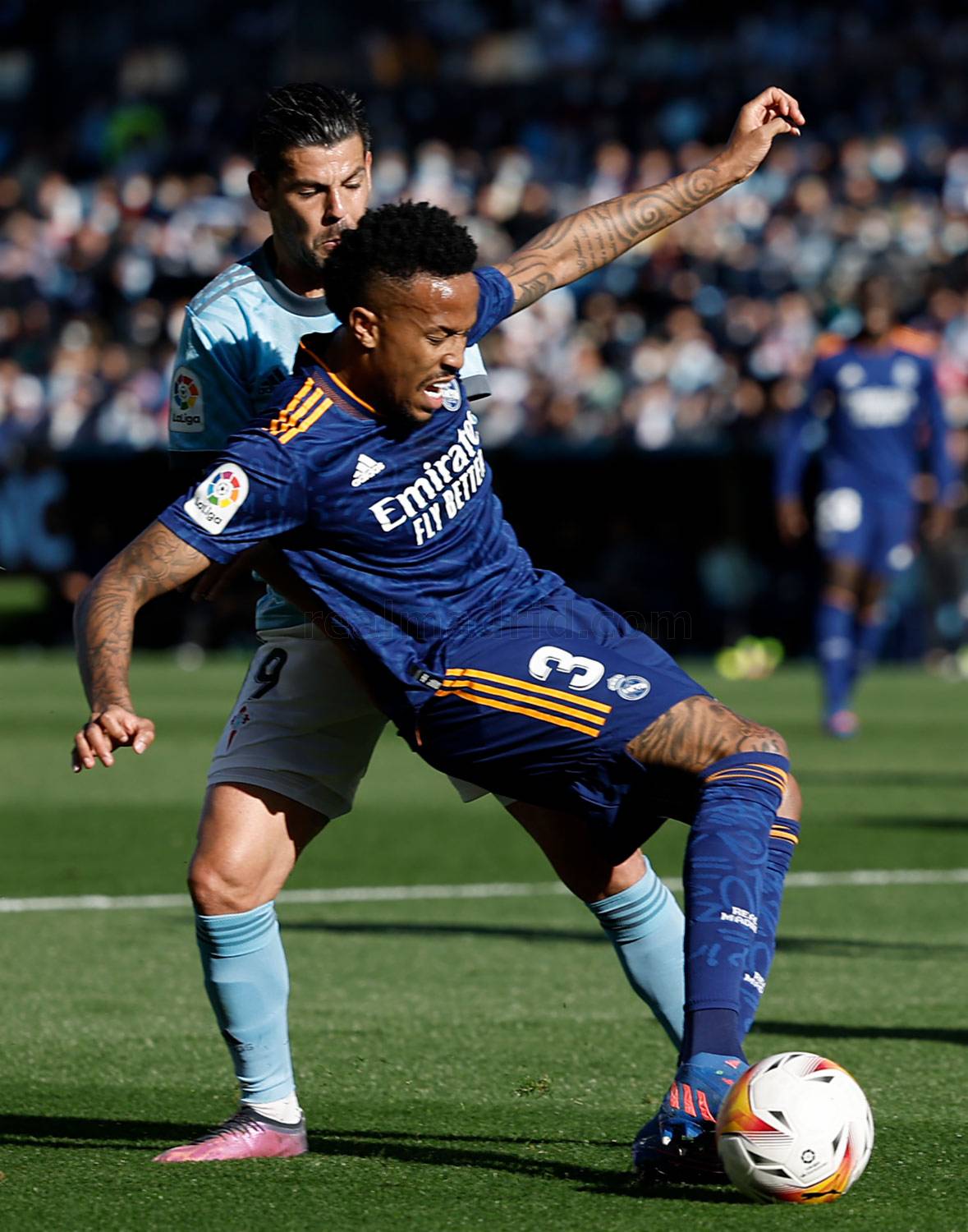 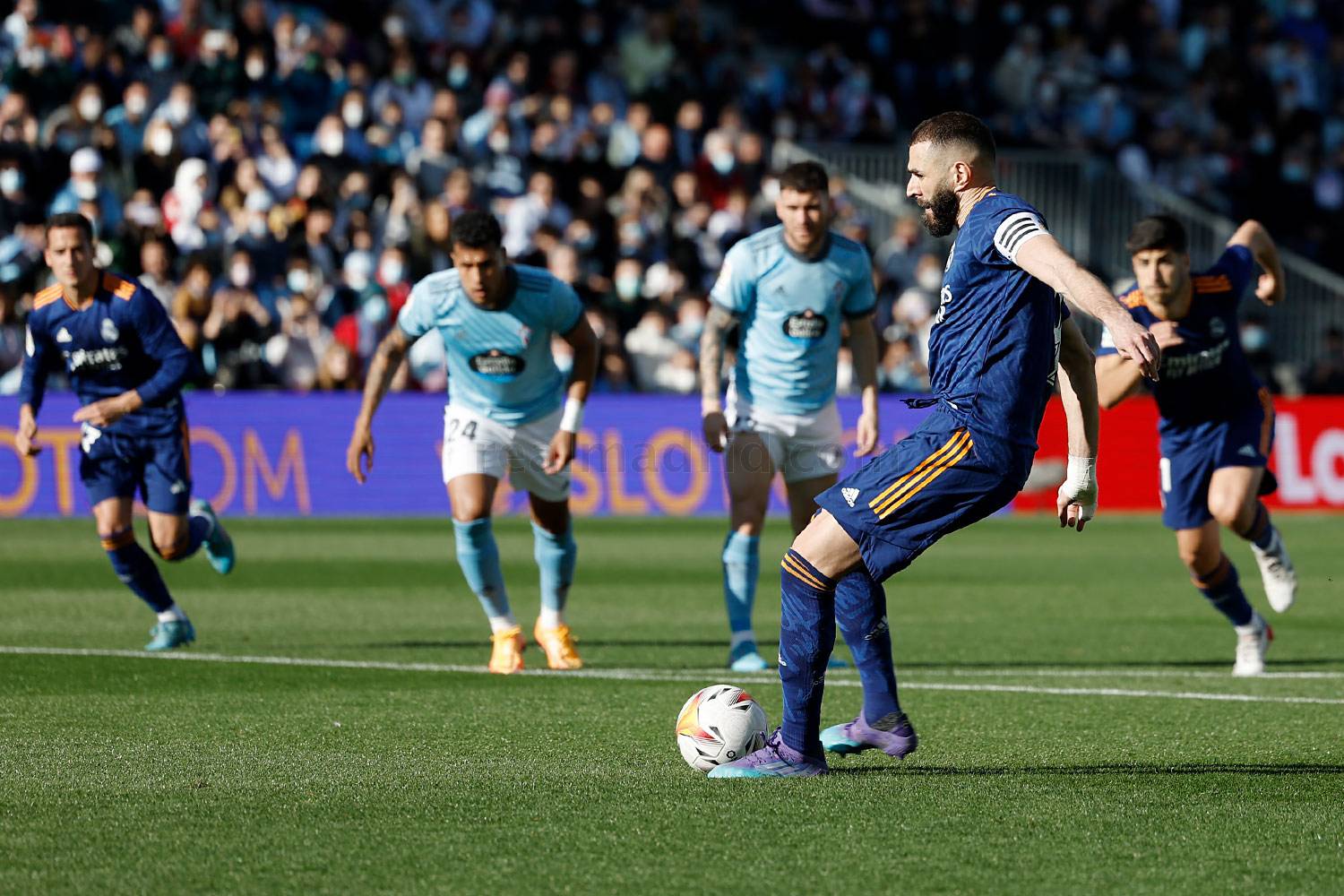 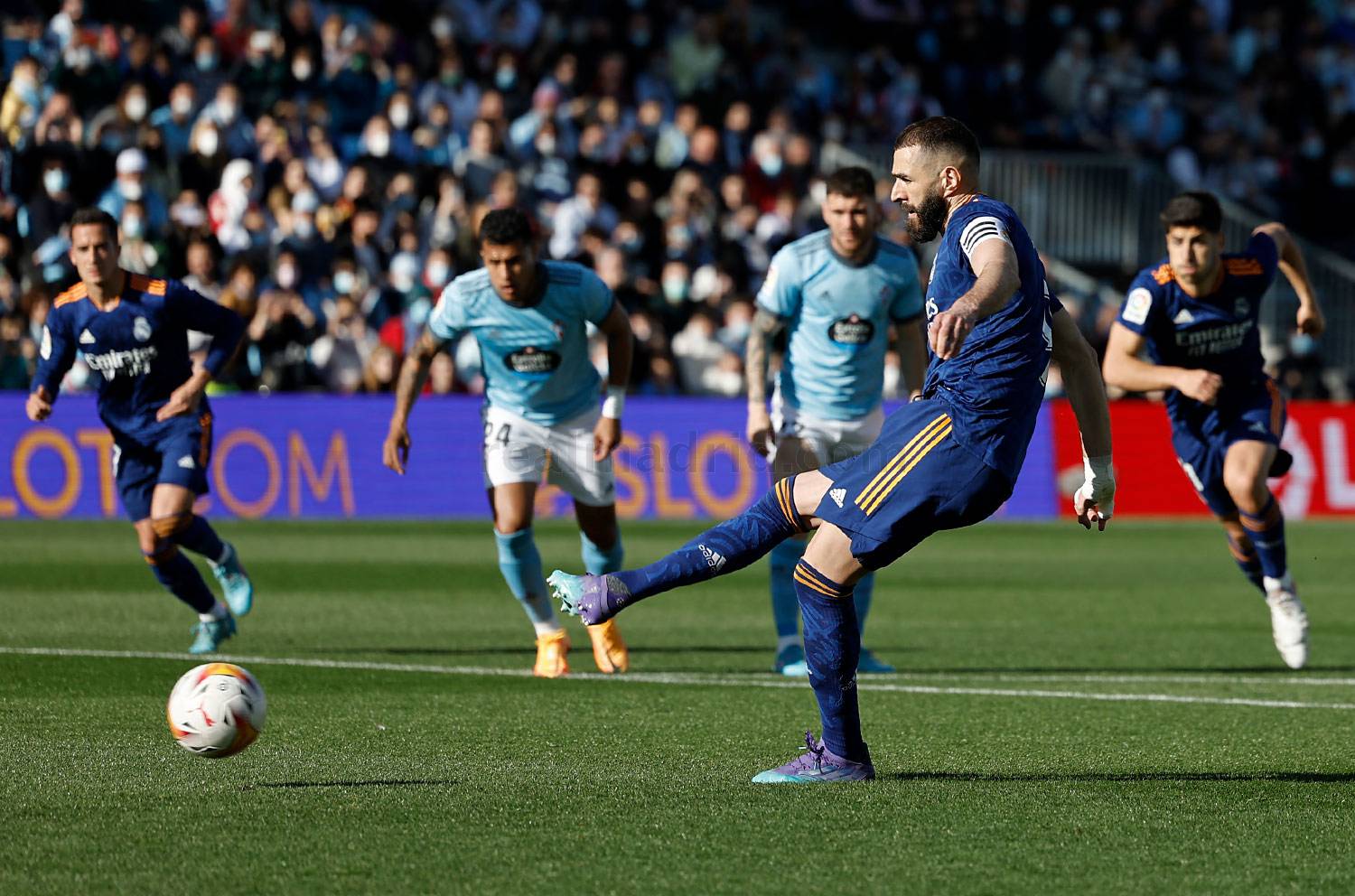 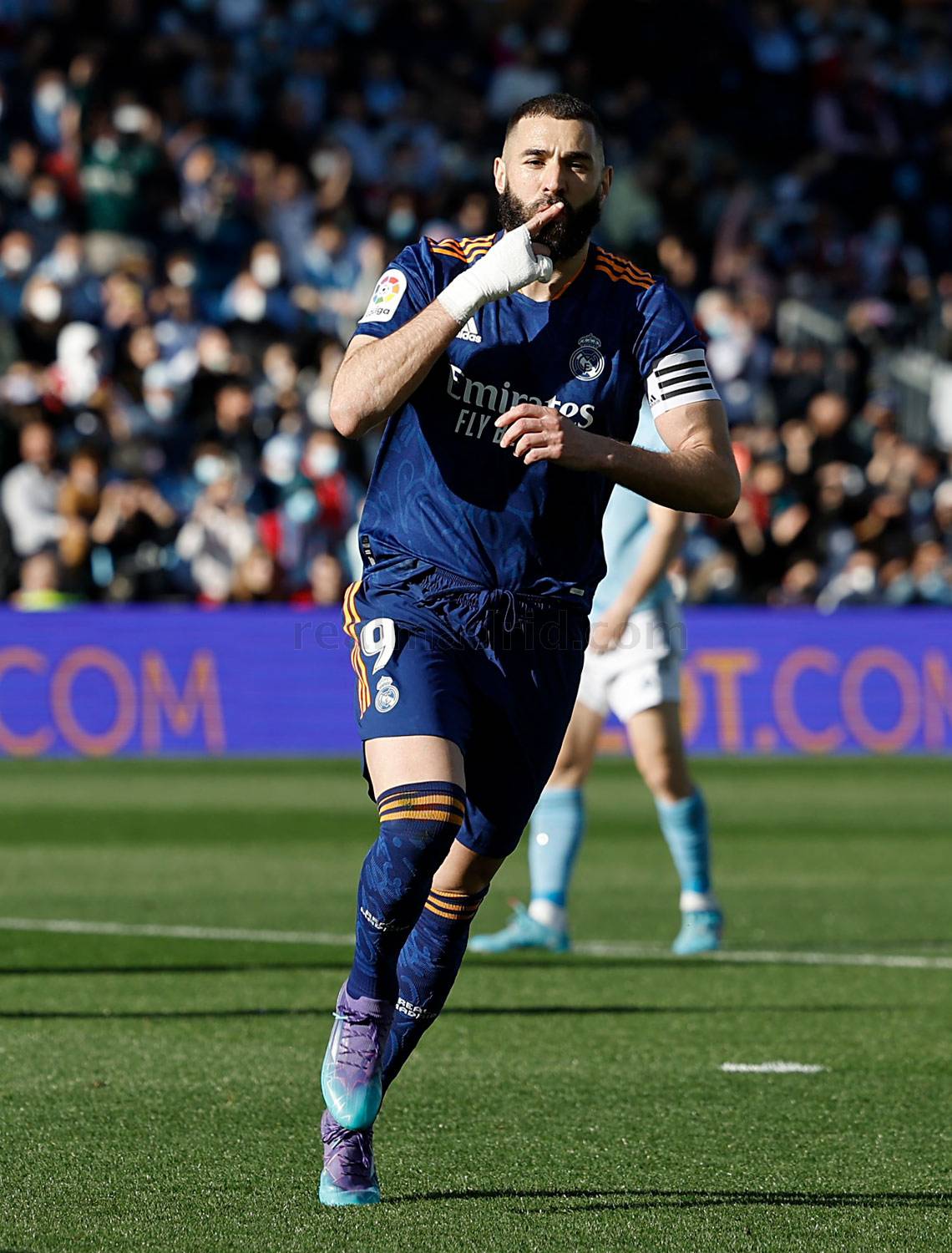 After the Frenchman’s brace at Balaídos, the striker becomes the club’s third highest goal scorer in LaLiga. Benzema has now scored 216 goals and moves level with Di Stéfano in this competition.

González Fuertes (Asturias Committee), assisted on the sidelines by Rodriguez Moreno and Barcena Rodriguez. Lucena Perdomo was the fourth official and Cuadra Fernandez (Balearic Islands Committee) was the VAR official.