Crucial win for the EuroLeague playoffs 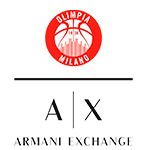 Real Madrid got back to winning ways with a crucial victory in their bid to finish in the top four in the EuroLeague Regular season and to gain home-court advantage in the playoffs. The Whites overcame third-placed Olimpia Milan in a hard-fought contest in which the hosts had to come back from seven points down in the last three minutes to take the game into overtime, which saw a terrific Llull rack up seven of his side’s ten points. The captain, who scored a total of 20 points, also became the player with the second most EuroLeague wins in the competition (234). Williams-Goss, Deck and Yabusele also excelled for Pablo Laso’s charges, who have now amassed 21 wins with five games remaining.

A spectacular night of basketball was anticipated and indeed it was in the return of the EuroLeague to the WiZink Center after almost a whole month. Madrid began brightly and soon found the poise in their game that had been so sorely lacking. The Whites were aggressive in defence and moved the ball around in attack smoothly, while freely scoring points. Williams-Goss constantly penetrated the Italian defence with his drives, while Deck and Yabusele dominated. Together they had 22 in PIR and contributed 15 of the team's 25 points in the first quarter. The only drawback was the team' s offensive rebounding, which allowed Olimpia Milana to hang in there (25-16, min. 10).

End to end
However, the buoyant mood faded at the start of the second quarter, as in the absence of Deck, Yabusele and Tavares, Olimpia Milan found it easier to overcome Madrid's defence. Albiti and Hall picked up where Daniels and Melli left off in the scoring, and for the next six minutes our team lost its composure in attack as the opposition pulled ahead with a 29-30 lead in the 16th minute. Laso threw more physicality back on the court and the response was instantaneous. Williams-Goss led the line, and Madrid regained their momentum. Three-pointers from Abalde and Yabusele restored the lead for the madridistas, who went seven up. The visitors then put together another run before the break to level the game at 41-41.

In the second half, tensions rose to the surface and the game became heated. Real Madrid opened up a six-point lead, but Olimpia Milan managed to counteract it when Tavares was benched in the 24th minute. The center, frustrated by the constant fouls he was drawing under the hoop, conceded a technical followed by an unsportsmanlike foul, sending him to the locker room. This was a major loss for our team, who drew on their fighting spirit and looked to Llull (six back-to-back points) to keep the visitors at bay and ensure that the score was level at the break (64-64).

Heading for overtime
The tempo picked up in the final quarter and the two teams engaged in a real end-to-end battle for the lead going into the final stretch. The Italians were able to apply pressure courtesy of Delaney, Grant and Hines. Madrid countered with the introduction of Heurtel, who hit a series of three-pointers. Things soon got harder for the madridistas, as Messina's troops went seven points up at 74-81 with three minutes left, after another play where a foul and technical were called on Poirier. Nevertheless, the home side refused to give up and in the space of two sensational minutes, which featured a 7-0 run, they levelled the score at 81-81 to force overtime.

Llull clinches victory
Once again, the captain exemplified this team' s winning spirit, hitting another seven points on the bounce in overtime to pull away. Coupled with solid defence from the whole team, Madrid recorded seven points which they protected until the end, despite the visitors' late rally. Two superb defensive plays by Yabusele and Llull and two free throws from Williams-Goss settled a victory that puts our team back on track. The Palacio was now buzzing and Real Madrid moved one step closer to the playoffs. The win sees Llull become the second player with the most wins in the history of the EuroLeague (234) and Rudy as the player with the fourth most steals (322). 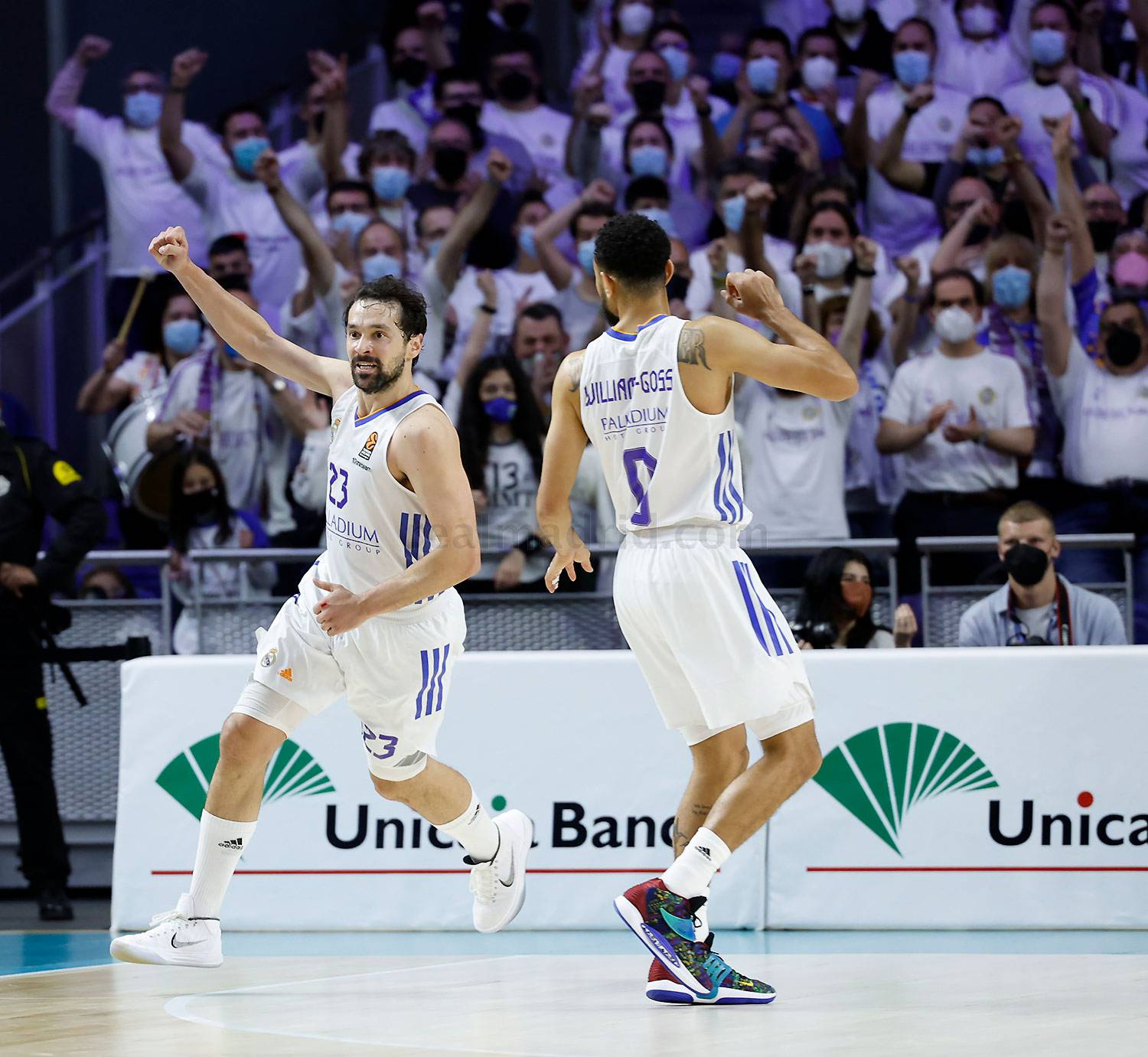 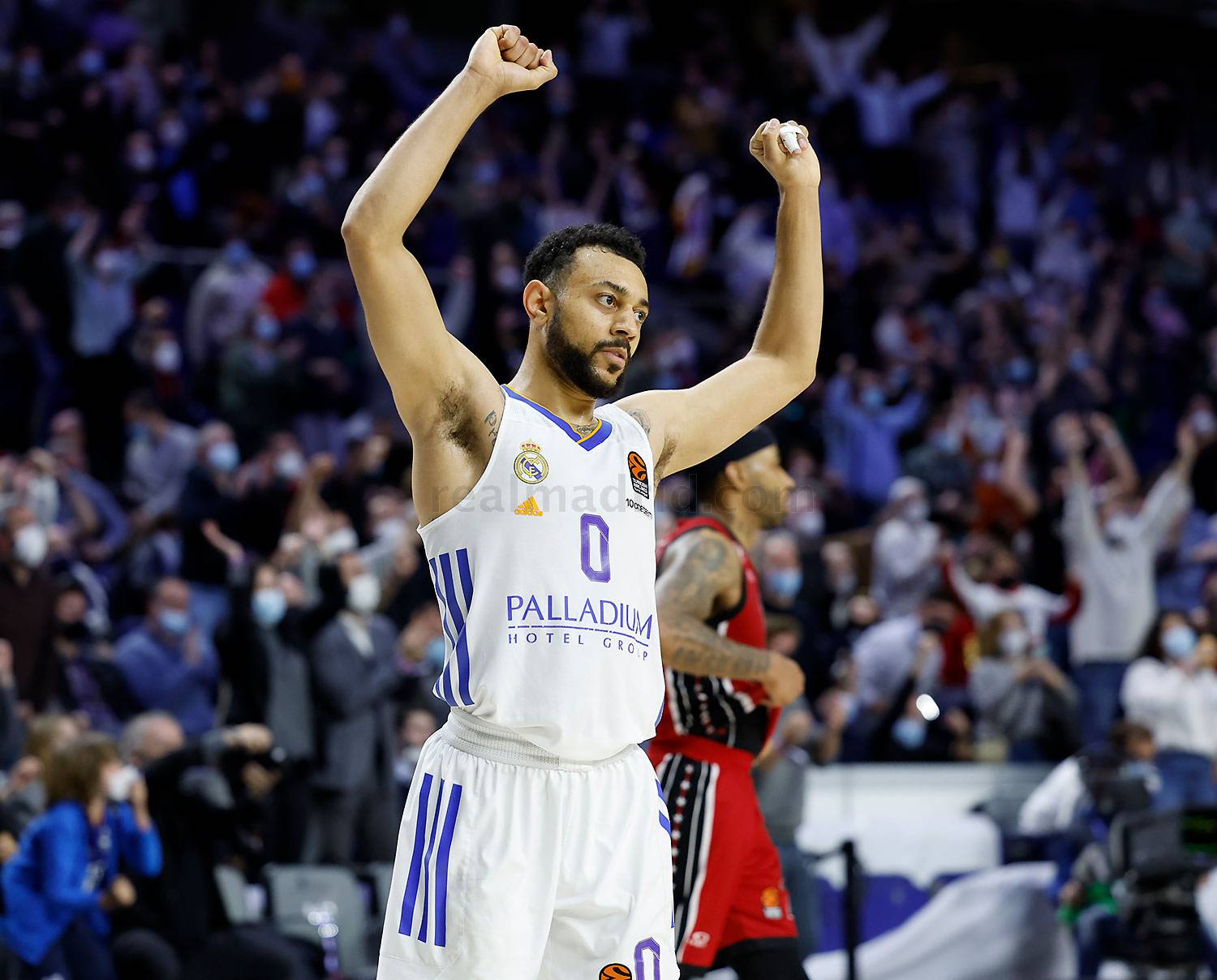 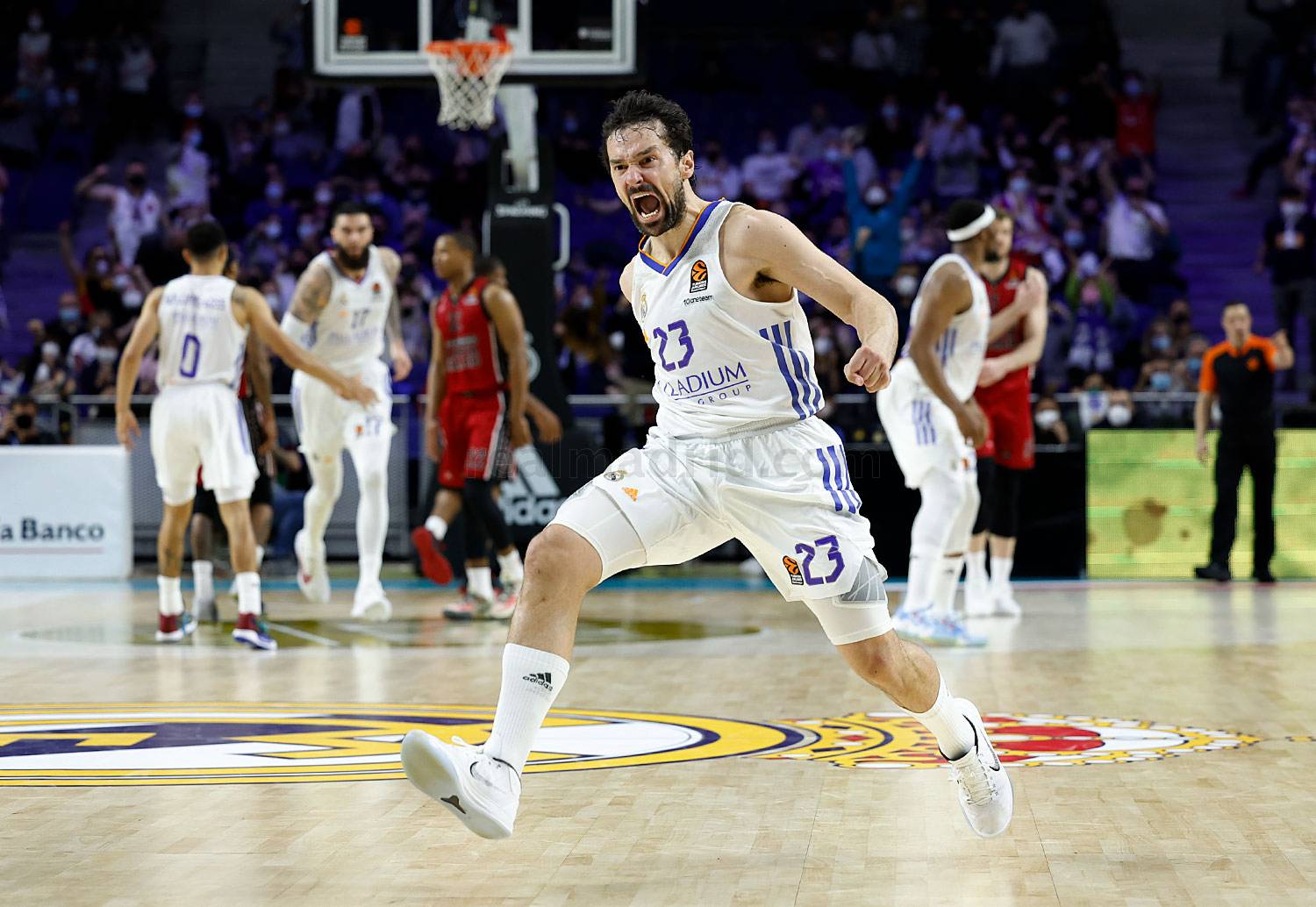 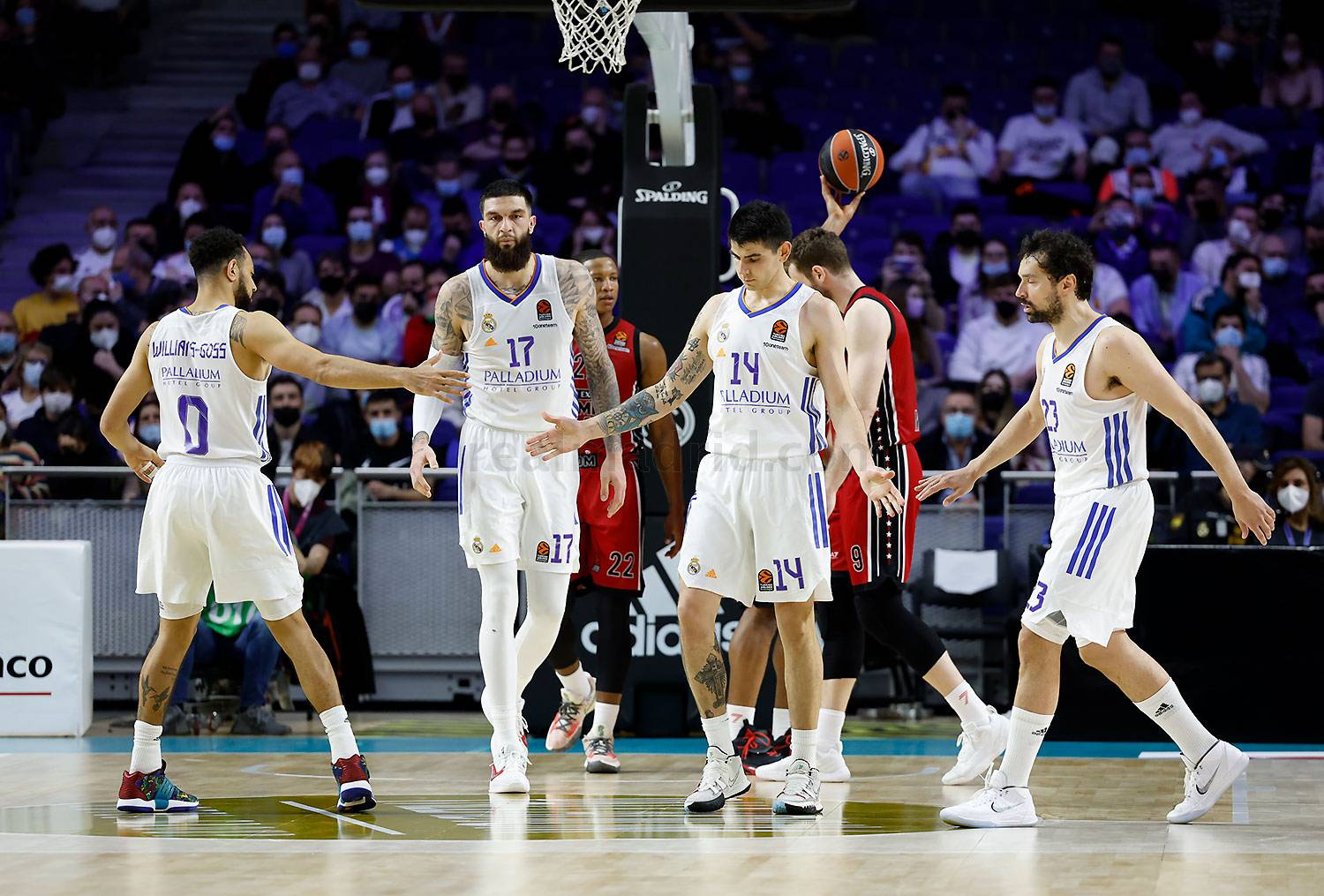 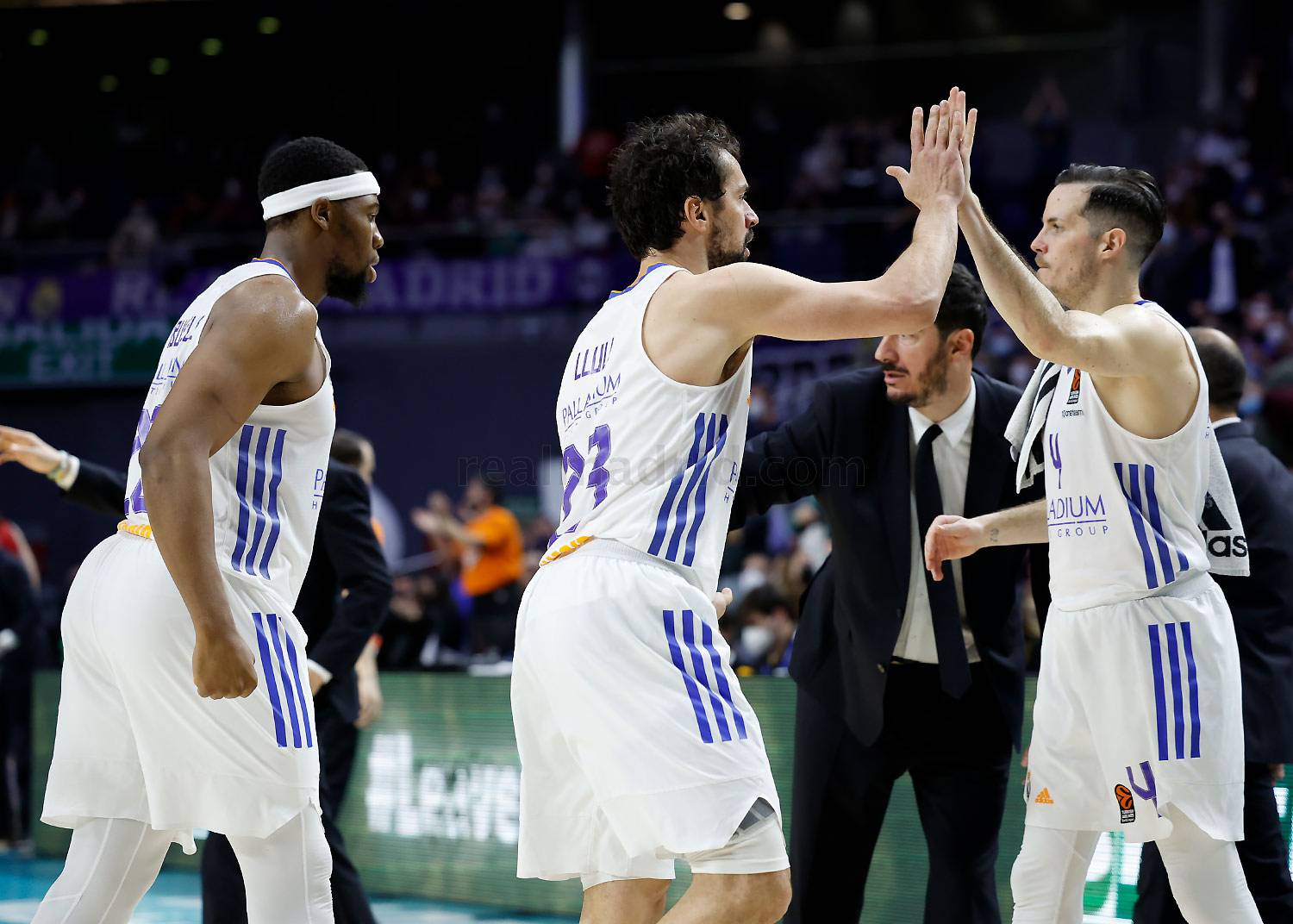 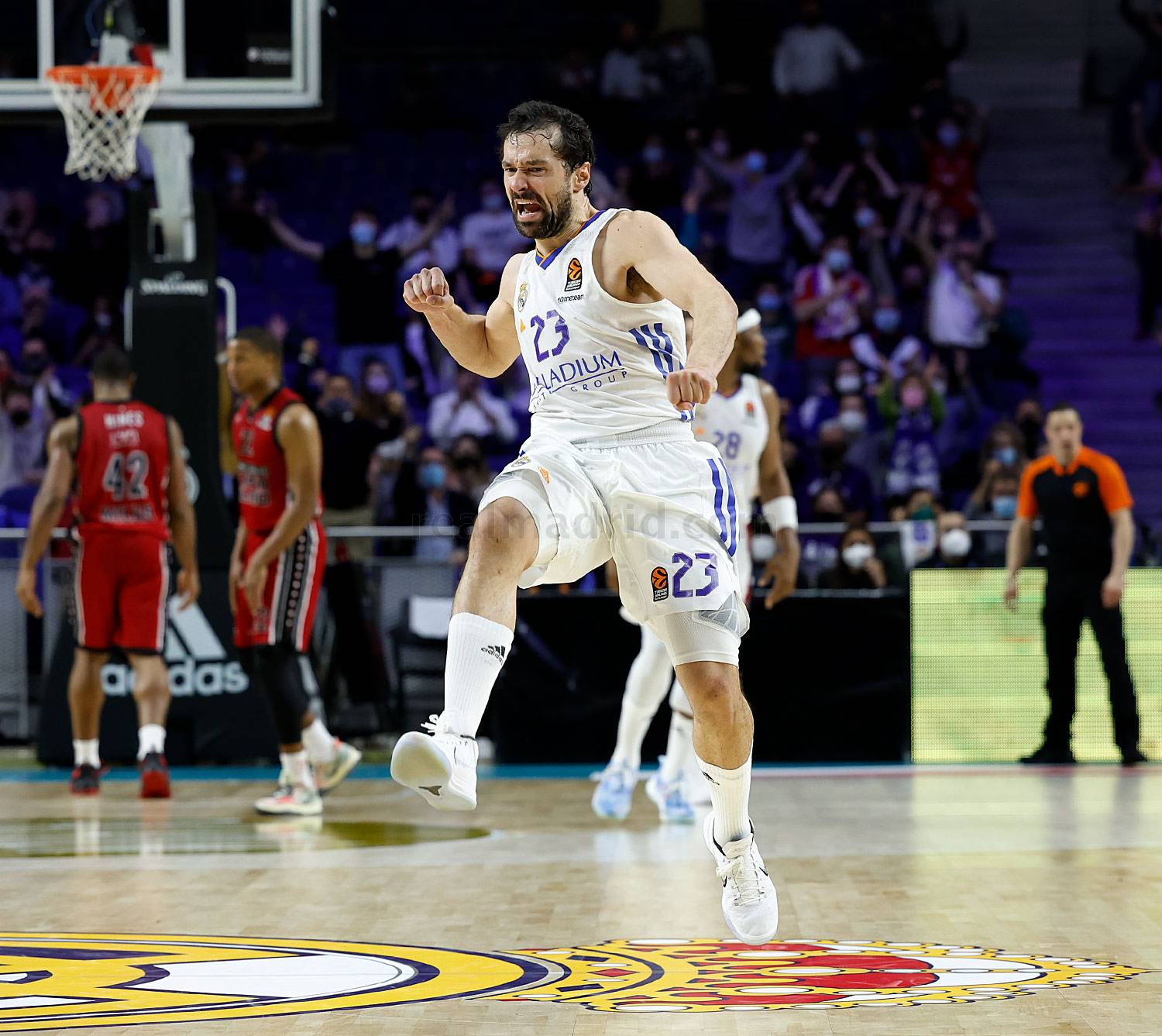 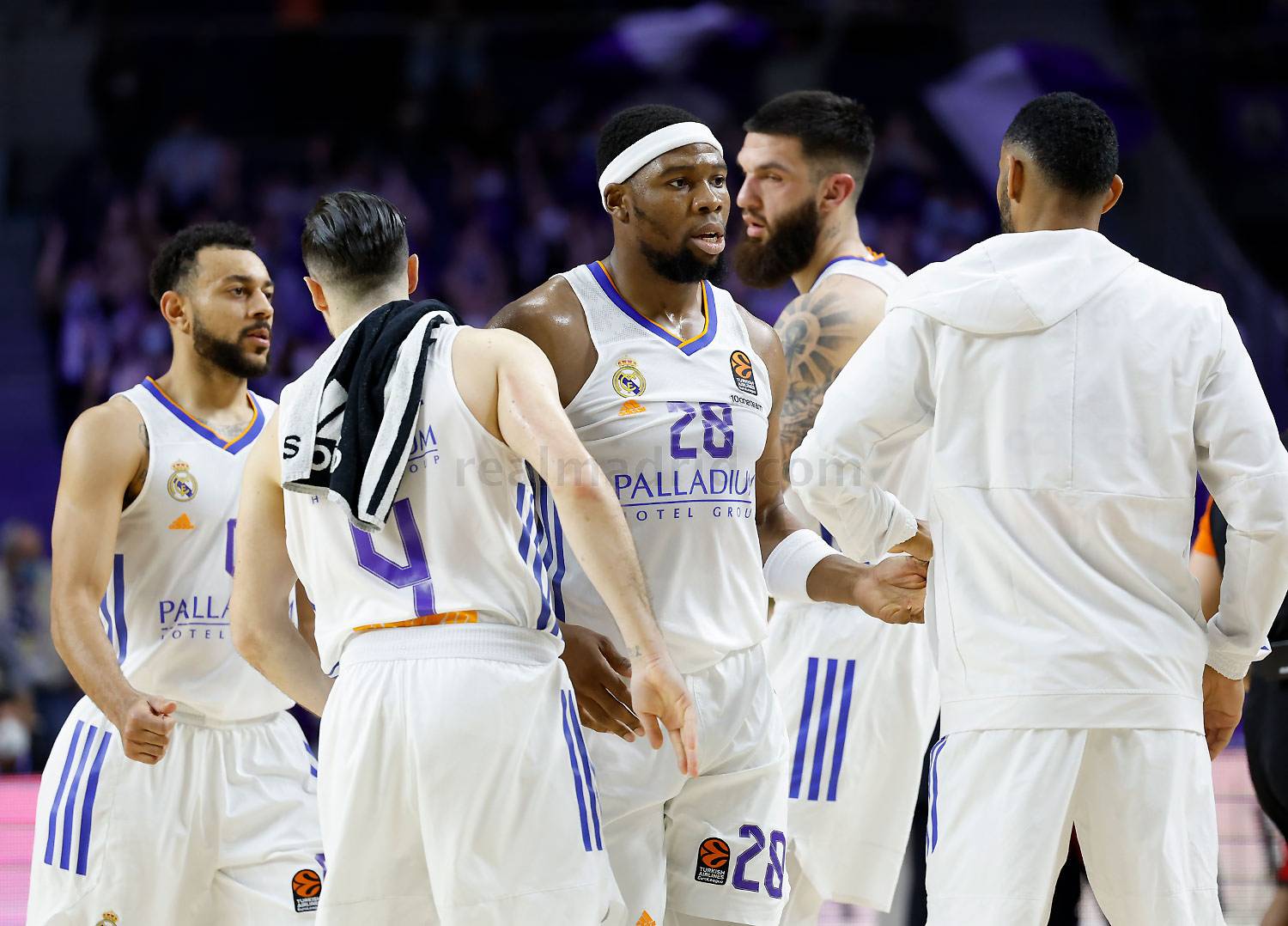 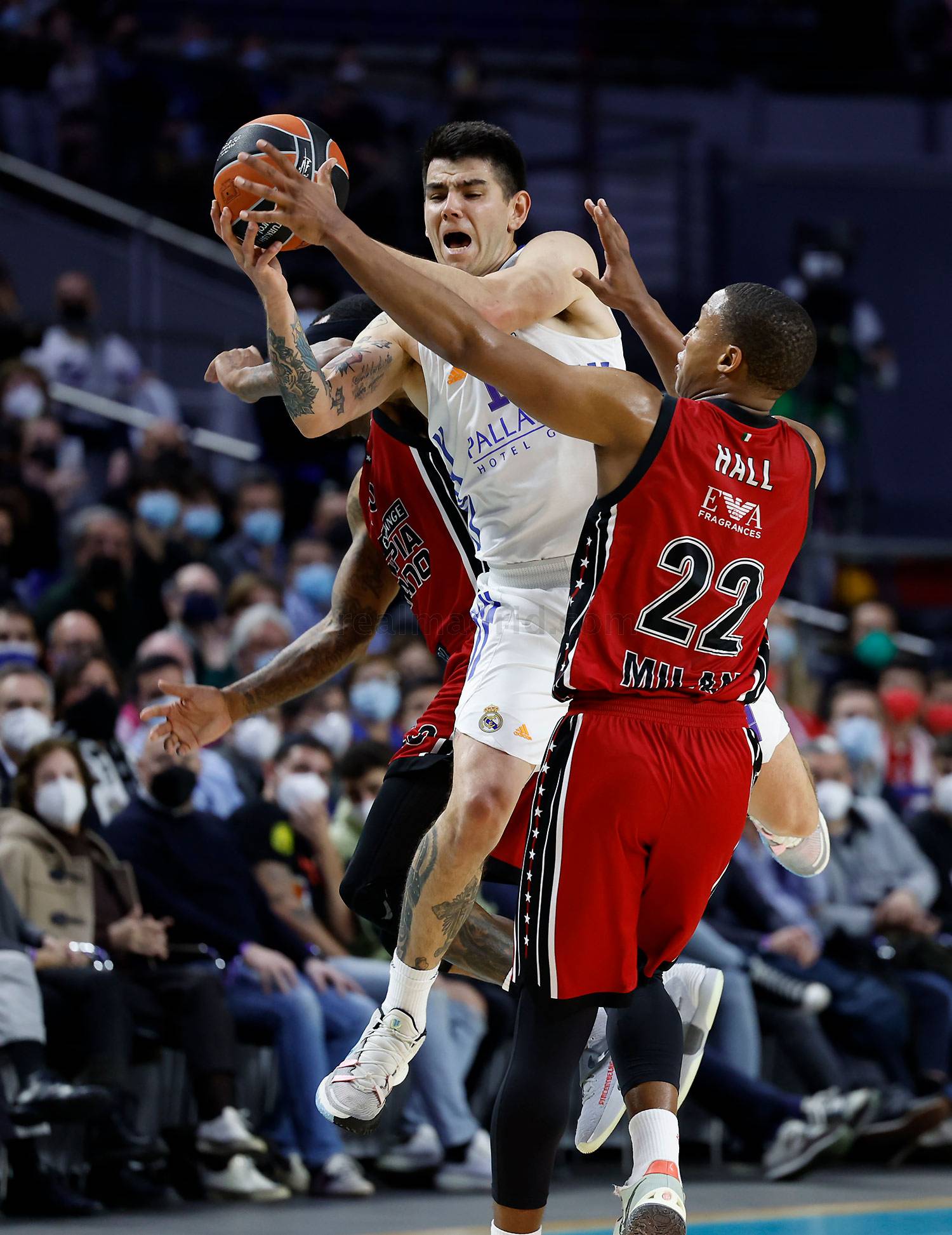 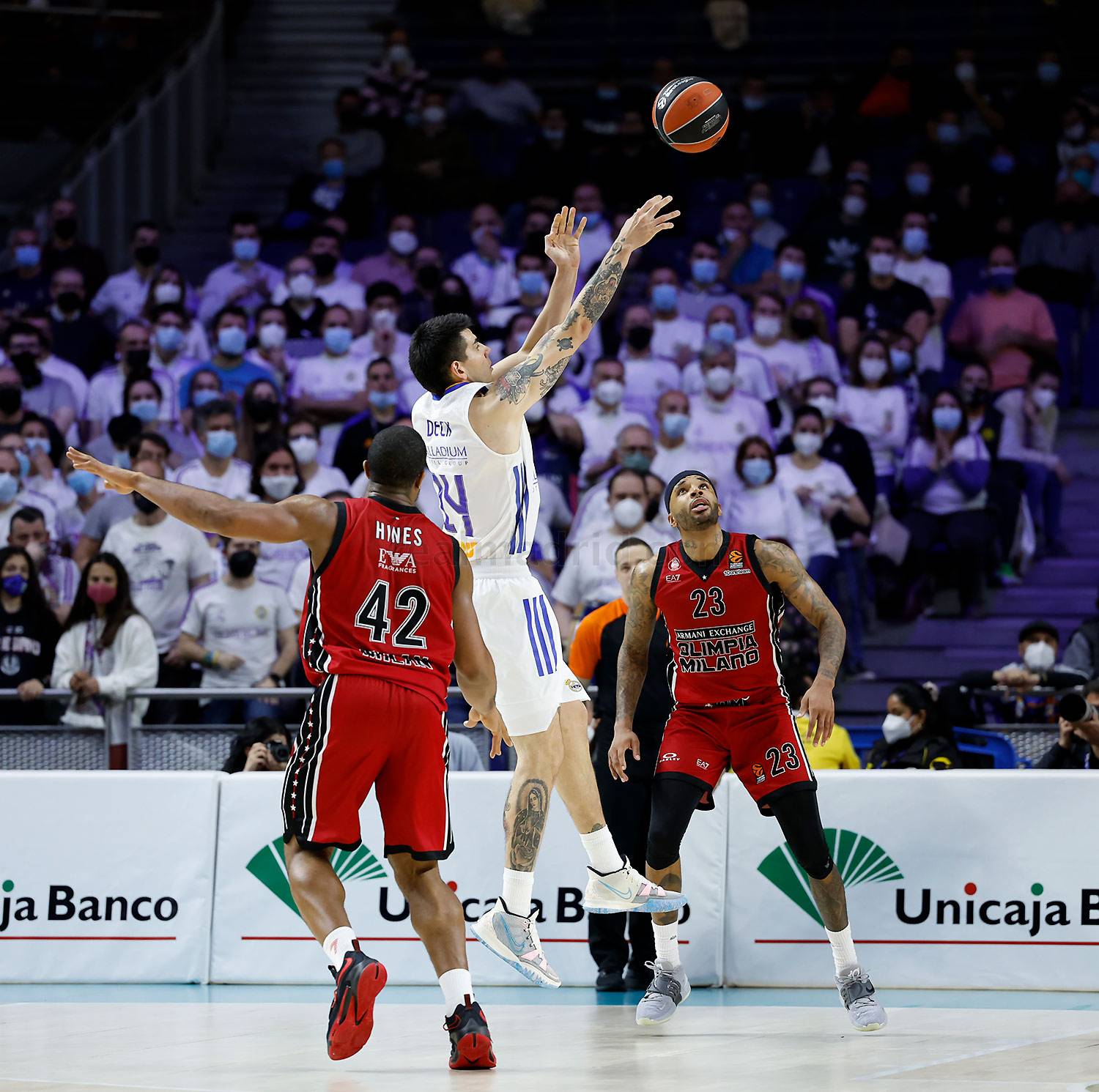 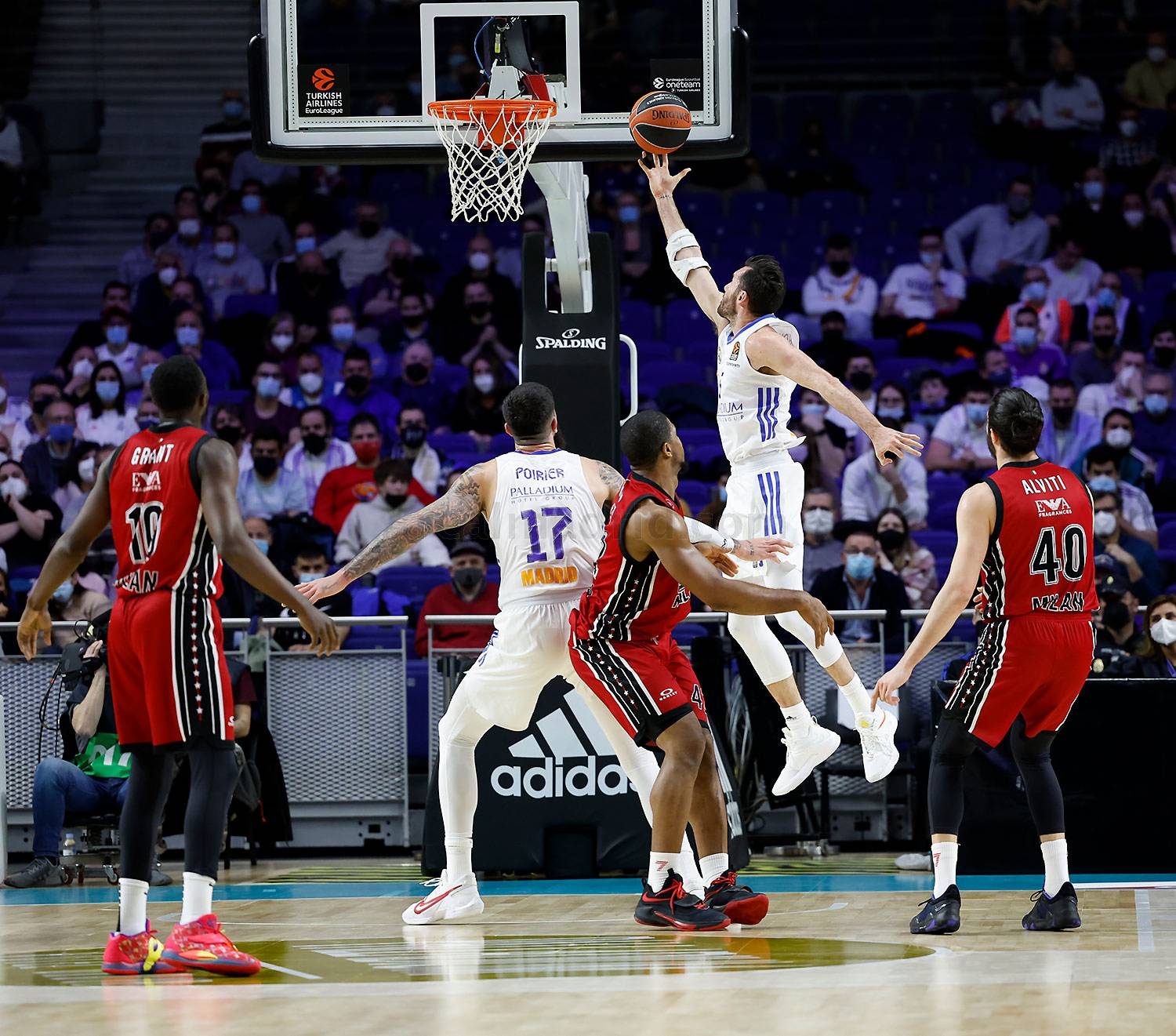 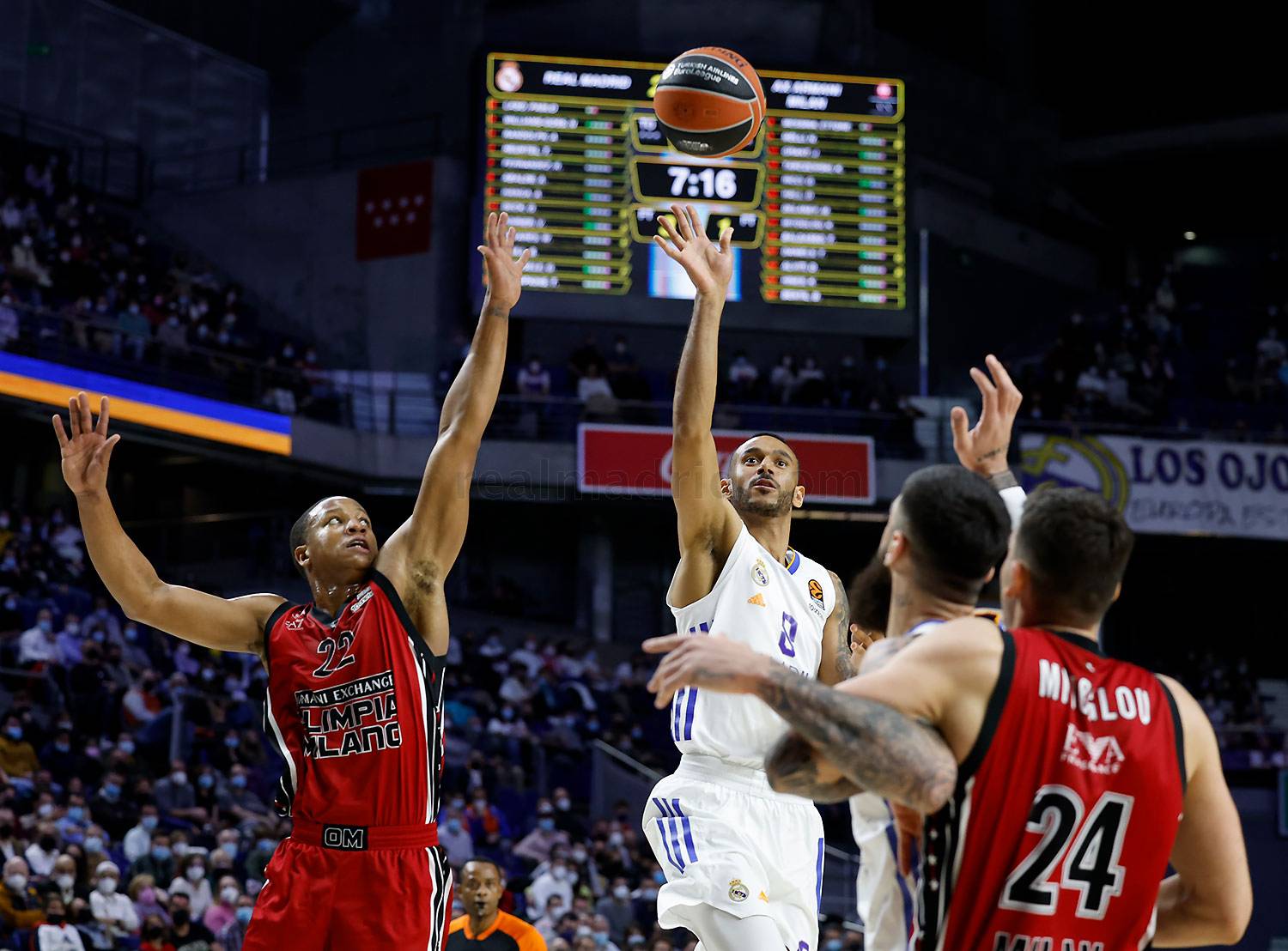 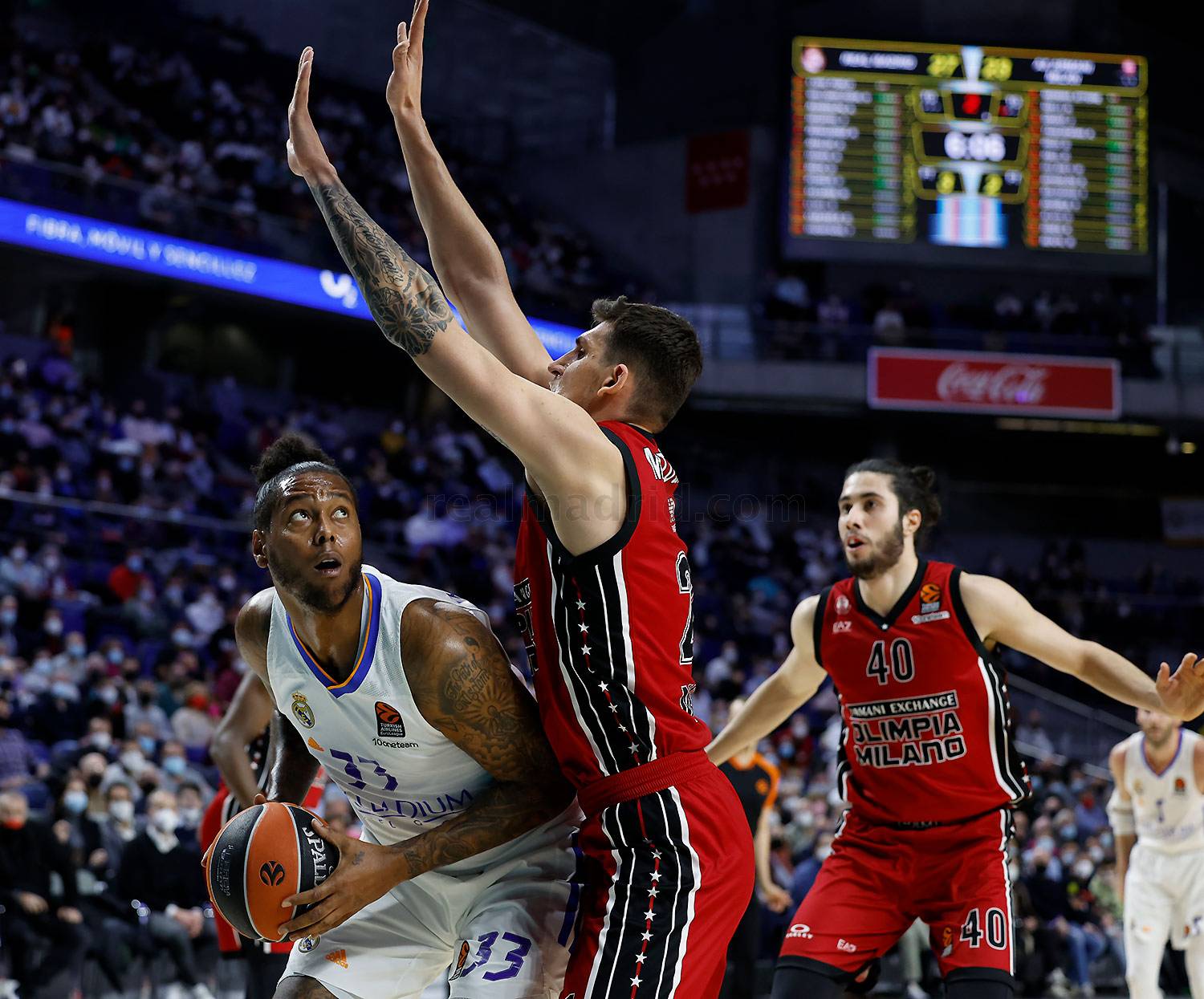 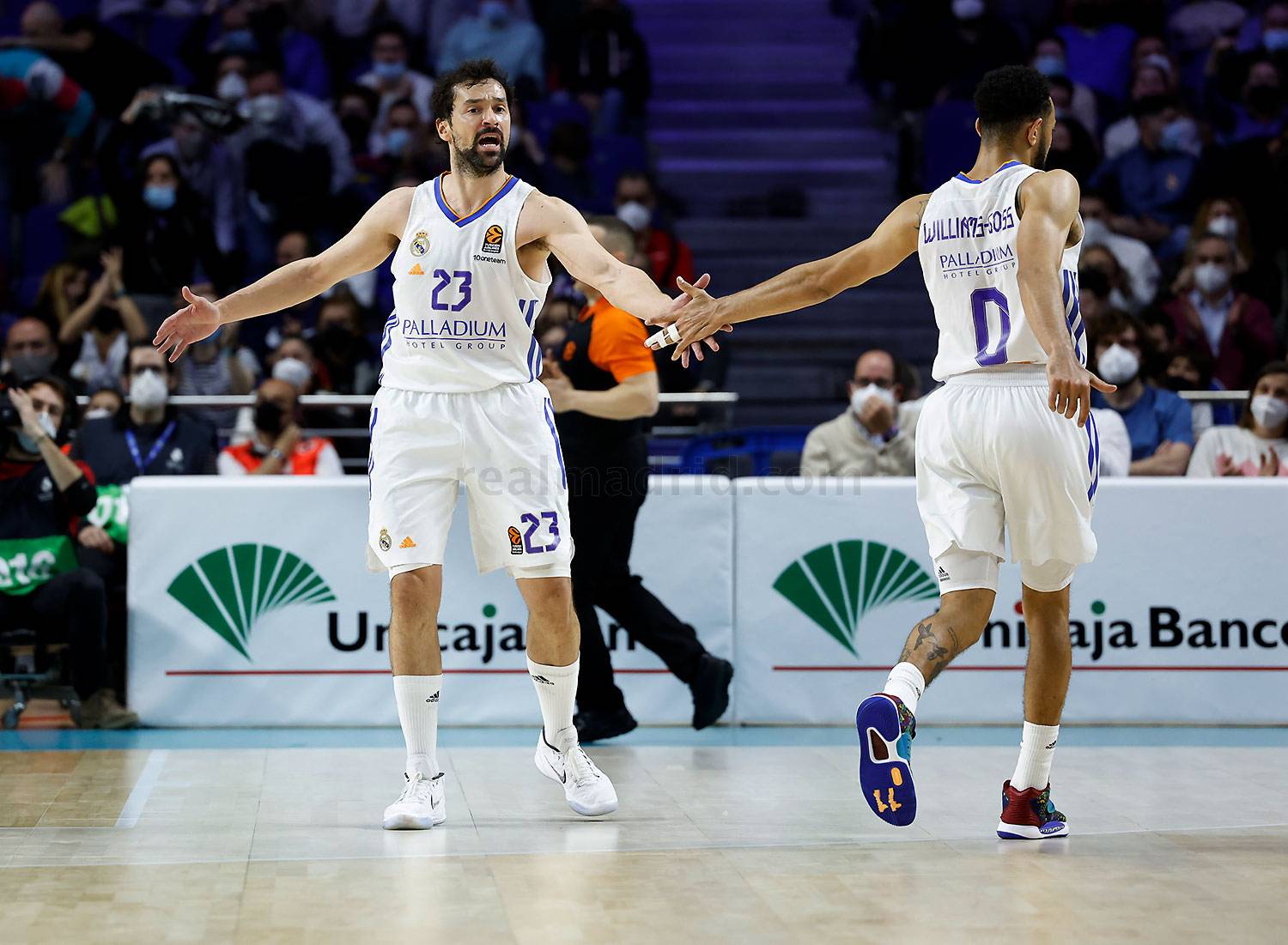 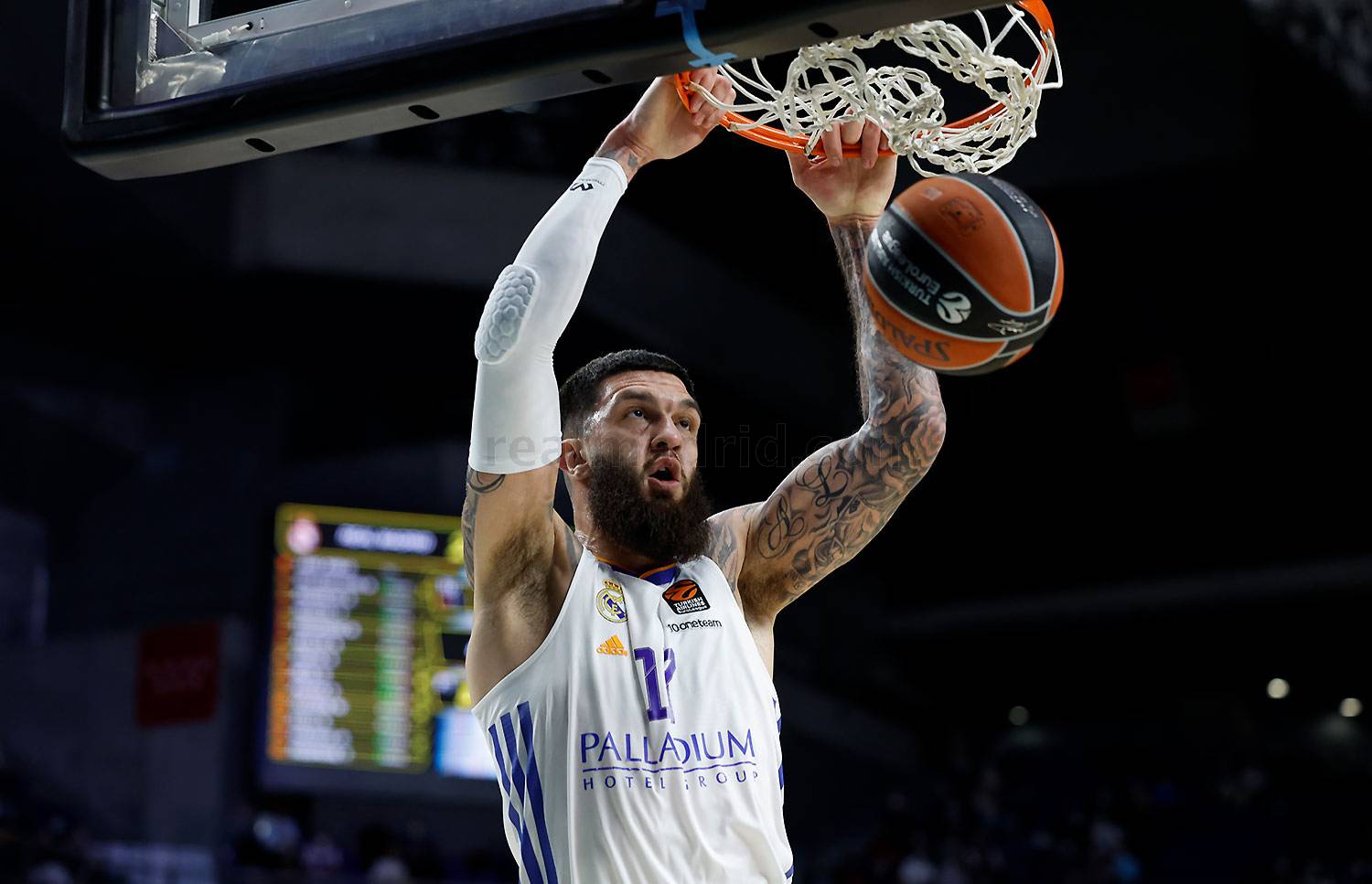