Into the Copa quarter-finals 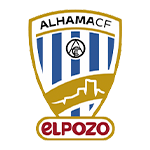 Goals for Peter, Esther and Zornoza clinched qualification for Real Madrid against Alhama.

Real Madrid beat Alhama at the Guadalentín Sports Complex to book a place in the Copa de la Reina quarter-finals. A Peter goal with half-an-hour gone set our team on the path to victory, before they extended their advantage in the second half through Esther and Zornoza.

It was a hard-fought first half full of chances. Nahikari could have put the madridistas ahead with 11 on the clock, but goalkeeper Laura Martínez did superbly in the one-on-one. Lorena then unleashed a left-footed strike despite being slightly off balance and only the post stopped her finding the back of the net. Alhama responded with a Judith header on 27’, which forced Gérard into a fine diving save. The hosts' chance was a warning for our team and with half-an-hour gone, they were in the lead. Teresa sent a long free-kick into the box and Peter rose to send the ball home with a gorgeous header.

Video.0-3: Into the Copa quarter-finals

Athenea came on for Maite Oroz at the break and the madridista attack looked to have a bit more bite to it as they went after the second goal, which nearly came on 65’ when Zornoza found Lorena but her shot flew over the bar. Our team looked dominant now as they continued to press forward, without ever looking under threat at the back. The hosts' only real opportunities came from set-pieces, and they nearly found the leveller on 85 when Lena latched onto a corner inside the six-yard box. Then, in injury time Esther popped up to head home the second madridista goal from Teresa's corner, before winning a penalty which Zornoza converted to ensure safe passage to the quarter-finals.