The team travel to face Inter on Matchday 1 of the Champions League group stage (Wednesday, 9pm CET).
The Real Madrid squad have now arrived in Milan ahead of Wednesday's Champions League meeting with Inter at the San Siro (9pm CET). The Whites' travelling party, which features the players named in the squad list, set out from the Adolfo Suárez Madrid-Barajas airport and landed in the Italian city following a flight lasting two hours.

The team will then travel on to the Sheraton San Siro hotel, where the players will prepare for the Champions League Matchday 1 group-stage encounter. 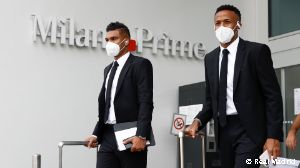 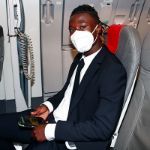