Real Madrid and Di Stéfano
It wasn't until over 30 years later that Real Madrid returned to the States, with the club's next visit coming in 1959 at Brookyln's Ebbets Field baseball stadium. Di Stéfano, Puskas and Gento led a side that had etched its name into the history books after clinching four straight European Cup crowns. Two years later, in 1961, the team headed to Los Angeles for the first time. The opponents this time were Los Angeles United and Madrid ran out comfortable 9-0 winners. Actress Rita Hayworth took the honorary kick-off at Los Angeles' Coliseum Stadium. 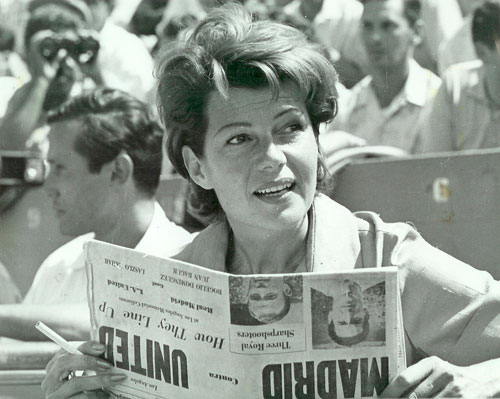 The Real Madrid yeyé years
The club's fourth Stateside visit came in 1965, a campaign in which the team lifted their sixth European Cup. The yeyé team, featuring Grosso and Zoco, amongst others, played out a 1-1 stalemate against Club Atlético Independiente in New York. In 1967, Houston played host to Real Madrid against West Ham United (3-2). This year the same city will host the Bayern game. A year later, the same squad returned to the US, this time swapping Houston for the Big Apple, where Madrid overcame the New York General at the Yankee Stadium in a 4-1 triumph.

The Quinta del Buitre
Twenty-two years later, Real Madrid were back in the United States. The Quinta del Buitre side, which had captured five league titles in a row, spent 20 days in Mexico and the US. The team contested four games in Los Angeles, coming out on top in three of these contests.

21st Century
The team's first visit to the US in the 21st century came in 2002, which marked the club's centenary year. The Whites travelled to New York, where they played out a goalless draw with Roma. Three years later, with  Ronaldo and Beckham  in the squad, Real Madrid set off from Chicago on a tour which would see them travel to China, Japan and Thailand. The Whites claimed victories over Chivas de Guadalajara (3-1) and the LA Galaxy (2-0).

In 2006, the team returned to the States for a further two pre-season friendlies. The first of these took place in Seattle against DC United and ended in a 1-1 draw, with the second outing coming in Utah against Real Salt Lake City, a contest that the Whites won 2-0. Some nine summers ago, Washington was the chosen destination for Real Madrid's pre-season tour. The FedEx Field, which played host to the team's second pre-season outing in the US, witnessed a 3-0 win over DC United.

Los Angeles, star of the show
Real Madrid completed the club's first pre-season training camp in Los Angeles in 2010, with the team playing two pre-season matches, against the Galaxy at the Rose Bowl and Mexico's América in San Francisco. Real Madrid's next Stateside stay came the following year, when the team contested three friendlies in Los Angeles, San Diego and Philadelphia. In 2012 they went to Los Angeles, Las Vegas, New York and Philadelphia while in 2013 they went to Phoenix, Saint Louis and Miami, winning the International Champions Cup in the final against Chelsea. Los Angeles, Dallas and Michigan all played host in 2014.

Recent visits
Following a one-year absence, in 2016 the team returned to the US to play games in Ohio, Michigan and New Jersey. 2017 saw the staging of the first-ever clásico to have been played outside Spain, with Miami playing host to the blockbuster bout. Prior to that clash, the team travelled to Santa Clara, Chicago and Los Angeles. Last year they travelled to Miami, Washington and New Jersey where the madridistas squared off against Manchester United Juventus and Roma. The MetLife Stadium, played host to the Roma game, where this year's derby will be.