The 21-year-old defender will join the club after winning the Copa America with Brazil.
Éder Gabriel Militão (Sertãozinho, Sao Paulo, 18-01-1998) is officially a new Real Madrid player, signing until 2025. The 21-year-old defender will join the club next season and is already a full Brazil international, with whom he has just won the Copa America. He comes to the Whites from Porto, where he has quickly become a star of the team in only his first year in the Portuguese League. He has been named the best defender in the league for the last five months in a row.

A versatile footballer, Militão plays largely as a centre-back although he has also spent time at right-back. His speed, positioning and anticipation are his greatest assets, while he is also strong in the air. These qualities have been on consistent display since his arrival at Porto last summer as he has adapted swiftly to the European game.

He has already made 34 appearances for the Portuguese side, netting three goals. His debut came against Moreirense in the League and he got his name on the scoresheet for the first time against Schalke in the Champions League. He's a key piece of the meanest defence in Portugal, and has been voted the championship's best defender in September, October, November, December and January. His superb performances have led to him making his full Brazil international debut in a clash with El Salvador in September 2018.

His beginnings
Prior to making the move to Portugal, Militão made a name for himself in Brazilian football. He cut his teeth in the Sao Paulo academy, which he joined at 13, before going on to win the U-20 Copa de Brasil in 2016. At 19 years old, he made his first-team debut in 2017 against Cruzeiro and then was then a mainstay for the Brazilian side until heading to Porto in 2018. 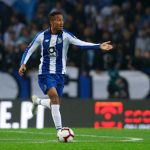