The Whites sealed their second title of the season after beating Herbalife Gran Canaria.

Real Madrid reaffirmed their status as Copa del Rey kings after lifting their third successive title in A Coruña. Pablo Laso's side once again put the smiles on Real Madrid faces during a final phase in which they overcame Montakit Fuenlabrada (101-84), Laboral Kutxa (80-86) and Herbalife Gran Canaria in the final (81-85).

In the final, Real Madrid displayed all of their solidity, which saw the side lead for nearly all of the game. It was an intense affair with the Canary Islanders refusing to give in as they kept themselves in the game right until the death. Ayón (15 points), Carroll (13) and Reyes (12) were the Whites' top scorers in the final.

Ayón named MVP of the tournament

With average statistics of 13.7 points, 6.3 rebounds and a PIR of 20.3, Gustavo Ayón was named MVP of the Copa del Rey 2016. In addition, Luka Doncic made competition history by becoming the youngest player to lift the Copa del Rey crown, aged 16 years and 11 months.

Amongst the Copa del Rey winners, Real Madrid are the side to have won the competition on the most occasions, with 26 titles to their name. This triumph marks the team's second piece of silverware this campaign after the International Cup win in September. The joy brought about by this win was evident from the celebrations in the locker room, where Florentino Pérez congratulated the champions, and from the post-match reaction from the star men. The next day, the traditional visit to the City Hall and the Madrid Council to present this trophy and the Intercontinental Cup to the madridistas.

The tournament in A Coruña also delivered another piece of great news for the madridistas with the U-19's side winning the Minicopa, the fourth time on the bounce that they've brought this title home. The youth side overcame Fiatc Joventut by 102-50 with Usman Garuba being named MVP. 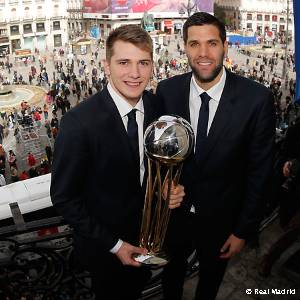 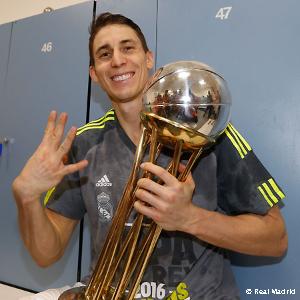 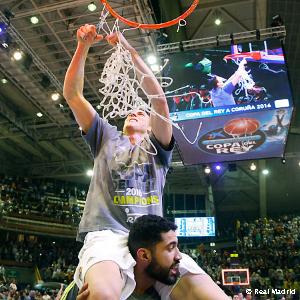