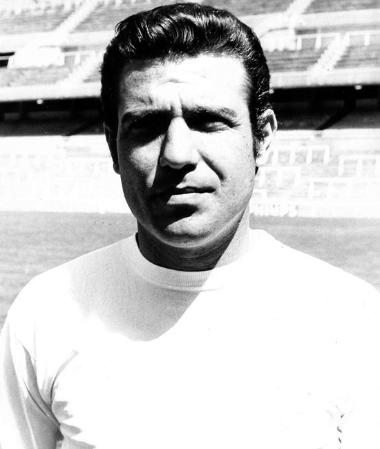 The soul of the ‘Yeyé’ team

An extremely versatile player who took over the number 9 shirt from Di Stéfano. He was the soul of the ‘Yeyé’ Madrid that won the sixth European Cup and was a true team player who played in almost every position at some point in his career: he was an assured defender, a magnificent midfielder and a lethal forward. He once even played in goal in the Carranza Trophy game against Boca Juniors.

During his initial seasons at Real Madrid, his team-mate Puskas got the most out of the youngster's qualities to see him become one of the team's leading scorers. In his first campaign in La Liga, he achieved his highest goals tally in the competition, with 17.

He also showed what a great teammate he was the day that Zoco played his last game for the club. In a fantastic sporting gesture, at the end of the match Grosso handed him the captain’s armband so that he could have the honour of lifting the Spanish Cup. He fulfilled his dream of playing in Europe and was part of the team that won the club’s Sixth European Cup, beating Partizan Belgrade 2-1 in the final with goals from Amancio and Serena.

Once he retired from football as a player, he worked as a coach in the Real Madrid youth system and, along with Amancio, he was one of the brains behind the fantastic Castilla team that saw the birth of the ‘Quinta del Buitre’ (the ‘Vulture Squadron’). He would also later go on to work as assistant coach with the first team. Died on 13 February 2002. 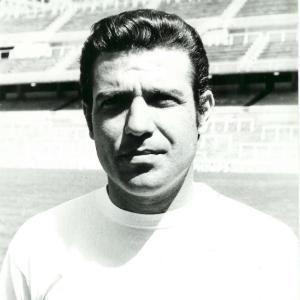