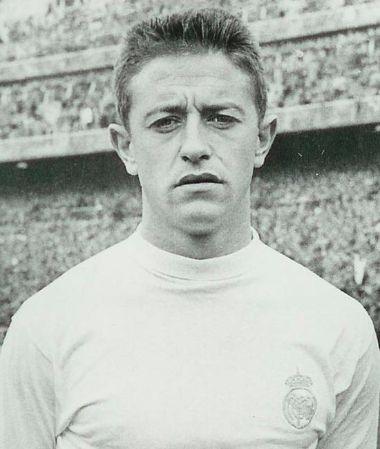 Vidal was an instant hit at Real Madrid, proving his worth in the side that won the Whites' fifth European Cup. After turning out for several teams (Salamanca, Zaragoza, Plus Ultra, Granada, Atlético Ceuta and Murcia), In 1959-60 he joined Real Madrid, where he shone thanks to his brave and reliable play, which helped him become part of one of the greatest teams in the history of the game.

In the final of la Quinta against Eintracht Frankfurt, he was dominant alongside Zárraga in the midfield, setting up Di Stéfano and Puskas for their goal scoring exploits. The European Cup win led them to win their first Intercontinental Cup, where Vidal was crucial in both games against Peñarol. This was how the 1960-61 campaign started, and with the player fitting into the system, the team went on to win LaLiga.

An International four times with Spain, in his final season and a half he won two more league titles and the Spanish Cup. His time in the Primera División saw him play for Málaga and Levante. He died on the 1st August 1986.