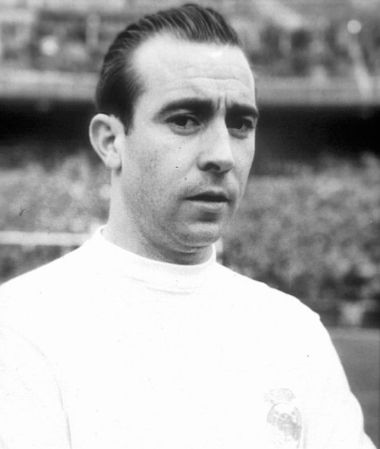 Five goals in one game during the year of La Quinta

Pepillo joined at Real Madrid in the 1959/60 season, after six years with Sevilla, completing the forward line in a legendary squad. During that first season he helped our team clinch the fifth European Cup thanks to his goal against Nice in the quarter-final second leg, but he proved his goal-scoring prowess in the league.

He scored 13 goals in 12 games in his first season as a Real Madrid player in this competition, with his performance against Elche deserving a special mention. He scored 5 goals in the historic 11-2 thrashing of Elche, a feat previously only achieved by three Real Madrid players in the league: Alday, Alsúa and Miguel Muñoz. He scored 28 goals in 30 games and won 1 European Cup, 1 Intercontinental Cup, 2 Leagues and 1 Spanish Cup. He passed away on 10 May 2003.