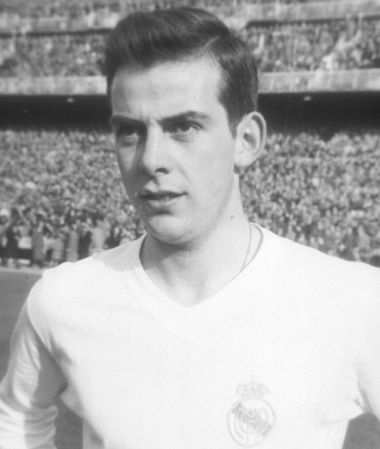 He joined Real Madrid at the age of 19 from Indauchu and contributed to winning the third European Cup in the season he played with our club. Pereda opened his goal scoring account with a brace in the quarter-final second leg against Sevilla. The team later went on to win the European title in a final after extra time against Milan. He was also involved in Real Madrid's sixth league title.

Following his time at the club, he had an impressive career in the First Division with Sevilla, Barcelona and Sabadell. Pereda's name is part of Spanish footballing history, thanks to scoring the first goal in the final of the first European Championship that the national team won in 1964 against the USSR at the Santiago Bernabéu. He passed away in September 2011, aged 73.