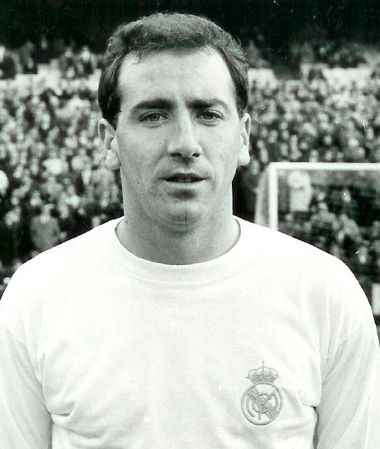 Forward in the Real Madrid yeyé

Jaime Blanco arrived at Real Madrid from Deportivo de La Coruña, where he won two promotions to the First Division and played with future Real Madrid players such as Amancio and Veloso. During his first season at Real Madrid, in 1965/66, our side were crowned European champions for the sixth time after beating Partizan in the final.

As well as the top European title, Jaime Blanco's list of honours includes two league titles. Following a loan spell in the First Division with Hércules, he moved to Real Betis in January 1968.