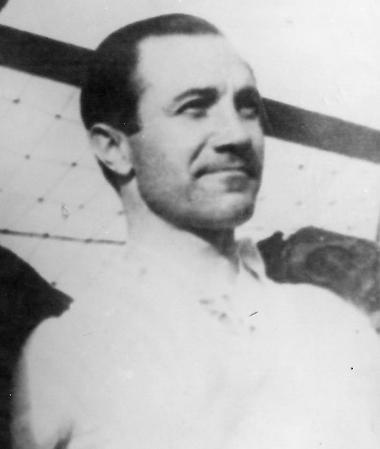 His sobriety and acrobatic clearances attained worldwide fame. Together with Zamora and Ciriaco he formed a legendary defence. Even today it is recalled as one of the best defences in history, a model of skill and strength. The security offered by the Basque player was a key element in winning two La Liga titles and two Spanish Cup titles.

He first kicked the ball is his native town of San Antonio. After an initial failed attempt to sign with Alavés, the team from Vitoria finally got their man in 1925. He experienced meteoric growth next to his inseparable Ciriaco. This resulted in Real Madrid deciding to sign them both.

Success was immediate. During the first season the team went undefeated as they won La Liga title. The capacity of that Real Madrid team, and Quincoces, was only interrupted by the outbreak of the Civil War. The team was broken up as a result of the conflict, and although the Basque defender continued playing, he decided to retire in 1942.

The defensive security on show at Real Madrid was also fully on offer with the Spanish national side. The man from Barakaldo earned 25 caps, playing at the World Cup in Italy in 1934, where the Spanish defence was described as “the world’s best”. Died on 10 May 1997.