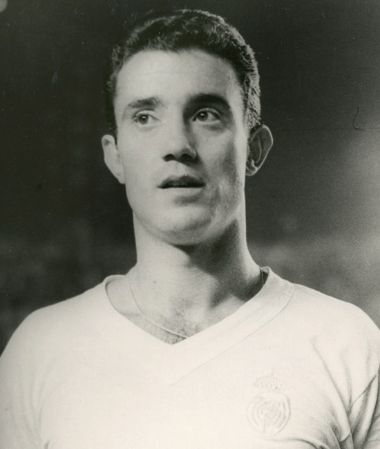 Defender who made over 100 appearances in the 60s

A member of the Real Madrid squad that dominated the domestic game during the 60s. Isidrio joined our club at the age of 24 from Betis and his four-season stint in the capital yielded four league titles. Meanwhile, in his maiden campaign, he also played a key role as the side clinched the Spanish Cup, claiming a place in the starting line-up in the 2-1 triumph over Sevilla in the final.

He racked up over 100 competitive appearances under Miguel Muñoz and had the privilege of contesting the 1963 European Cup final against Inter Milan in Vienna. He is the father of fellow former madridista Quique Sánchez Flores. Isidrio passed away on 2 September 2013 at the age of 76.