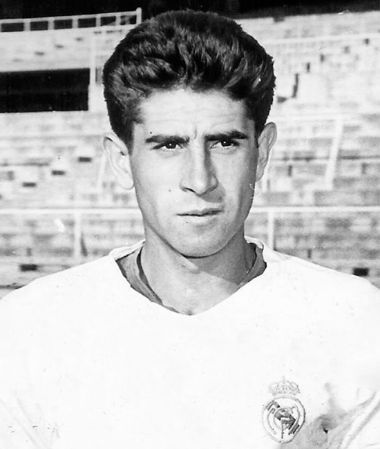 Winner of the third European Cup and the sixth league title

Brunet signed for Real Madrid in the 1957/58 season, at the age of 23. A forward from Tarrasa, he played alongside other legendary strikers such as Di Stéfano, Puskas and Kopa during his time with Real Madrid, and helped the club win two titles.

His first was the sixth league title, secured after finishing above Atlético de Madrid in the table. Led by Carniglia, Brunet and his teammates would enter football history by winning Real Madrid's third European Cup, after defeating Milan 3-2 in the final. He passed away on 18 June 2020, aged 85.