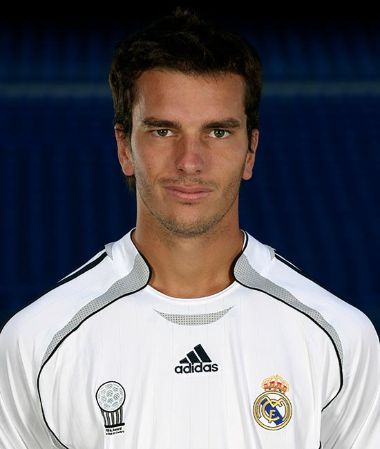 An icon for a generation of youth team players

Coming up through the youth team at Real Madrid, Paco Pavón was an icon for a generation of youth team players at the start of the 20th century, sharing the dressing room with the likes of Zidane, Figo, Ronaldo, Roberto Carlos, Raúl and Beckham. An aerial threat, quick to cut out danger and a gilt-edged passer, the defender played 167 games over six seasons with the first team.

His performances with Castilla led to him making his debut with Real Madrid on the 7th November 2000, in a Champions League tie with Spartak Moscow. In the following season, Pavón would become a regular player, playing 45 games as the Whites went on to win la Octava.

Pavón was part of Real Madrid until summer 2007 when he left the club having won 7 titles, undertaking new challenges at Real Zaragoza. He spent three seasons there and in 2011 retired after having also featured for Arles-Avignon in France.