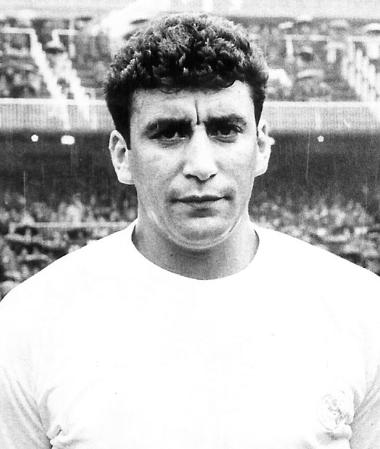 A whole life at Real Madrid

A very athletic defender with unusual strength, Pachín was the link between two different teams with the same philosophy, to be the best. Due to his versatility, he played in all the defensive positions, both in the team that won five European Cup titles, as well as in the ‘Yeyé’ Real Madrid. He was a permanent fixture in teams that dominated Spain and astounded the whole continent.

In 1959 Pachín achieved his goal of playing in the team of his dreams, having previously played for Besaya, Sniace, Torrelavega, Burgos and Osasuna. In his first season at the club he won the European Cup title, being part of the starting line-up in the historic final against Eintracht. It was the end of one generation (that of Di Stefano and Puskas) and the dawn of another (that of Pirri, Zoco and Sanchís).

The forcefulness shown and the level offered by the defender from Cantabria reached such heights that Italian teams launched bids to sign him. At the time these clubs handled more money, but Pachín’s white heart led him to reject all offers. “Playing for Real Madrid is the greatest thing that can occur to a footballer”, he would say.

Success was a faithful ally of the defender throughout his career with the Whites. He got a call-up to the national side, where he earned eight caps. After retiring he turned to coaching, managing various First and Second Division teams. He passed away on 10 February 2021. 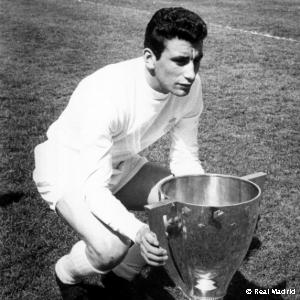