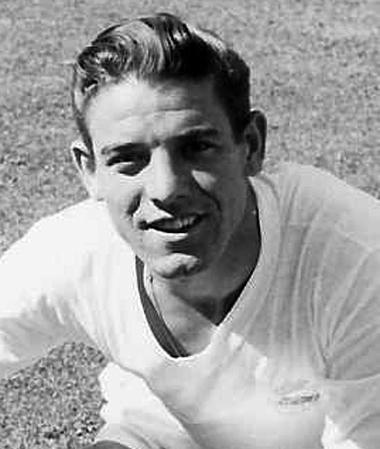 A historic player from the golden era

This Madrid-born refined forward stood out for his innate skill at dribbling and his opportunism in front of goal, rare qualities only possessed by a select few of his era. He had to compete for a spot in the first XI with great legends like Rial, Joseíto or Luis del Sol. Thanks to his perseverance and great skills he spent eight seasons at the club, during which time he won nine major titles.

His arrival at Real Madrid occurred in a somewhat paradoxical fashion. In 1953 the now-extinct Metropolitano Stadium hosted a match between Spain and Plus Ultra. The national team was preparing their qualification for the World Cup in Switzerland. Enrique Mateos put on such an amazing performance that Madrid signed him the following morning.

His debut in La Liga, which included a goal, was against Sporting de Gijón. He was in the starting line-up in two of the four European Cup finals that the Whites played in during his tenure at the club. An enviable record for a footballer that also spent some delicate moments on the sidelines with injuries.

His decisive presence in the best Real Madrid team in history won him a call-up to the national side. He earned 8 caps. In what can be considered interesting experiences, his last kicks of the round ball were with teams in the United States and South Africa. He was a man ahead of his time. Died on 6 July 2001. 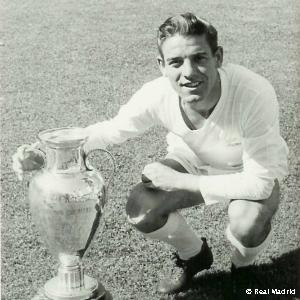