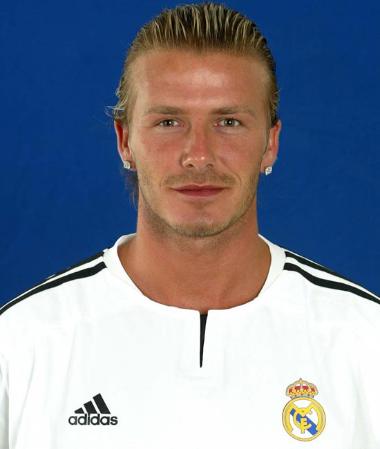 A born leader. The English midfielder was always a key member of the dressing room at all of his clubs. He not only had a fantastic touch which made him one of the best players in dead ball situations,  but he also had a capacity for working hard and making sacrifices  which is not often found in star players.

After his successful stint at Manchester United, he arrived at Real Madrid where the expectation generated by his signing was enormous. The Whites had bought one of the most famous media personalities in the history of football. Beckham won over the Bernabéu fans very quickly and within a few weeks he had already won his first title with the club, the Spanish Super Cup. The precision of his passing and his elegance when striking the ball earned him the devotion of the fans who were also grateful for the way he identified with the club.

His major achievement as a Madrid player came in his last season which saw an exciting contest for the 2007 Liga, in which the Englishman played a key role in winning the title. Beckham left a fine impression when he left the club having scored 20 goals in 158 matches.

He was also captain of England and played 115 matches for his national team, making him the second most capped English player after Peter Shilton. He played in three World Cups (1998, 2002 and 2006) and two European Championships (2000 and 2004). 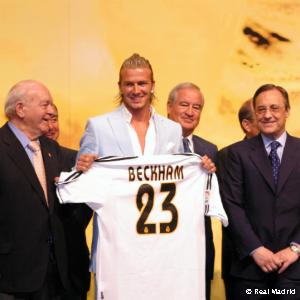