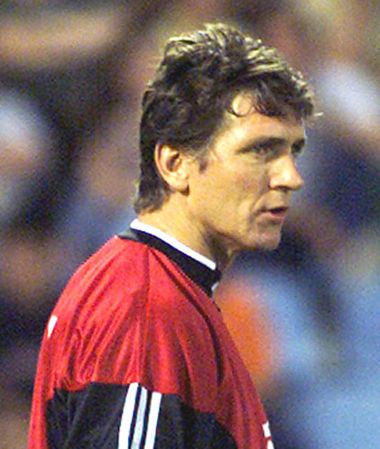 A safe pair of hands between the sticks

A tall goalkeeper who joined Real Madrid in Fabio Capello's first spell at the club and enjoyed a five-year stint. He checked in from FC Cologne, where he had spent his whole career, aged 29, measuring 1.90m and offering plenty of experience.

He was part of the team alongside a generation of young talents including Raúl and already established players like Hierro and Sanchís. They were joined by a host of impressive signings, including Roberto Carlos, Suker and Mijatovic and they combined to secure the club's seventh European Cup crown 32 years on from the team's last continental triumph.