A new century brought sweeping changes to the sport of basketball, including the inauguration of the Euroleague, rule changes, the creation of squads and the globalisation of the NBA. This decade stands out as one in which the club strived to win more trophies and build on the their prestige. 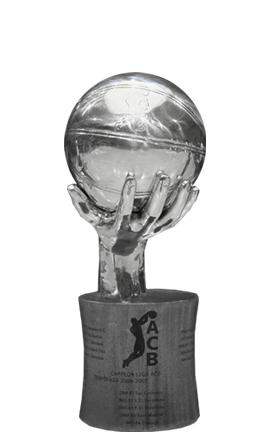 In the 2000-01 season a new competition was born: the Euroleague. With it, the clubs adapted the historic European Cup (later called the European League) to the modern era. The first ever game was Real Madrid-Olympiakos, played at the old Ciudad Deportiva, which was renamed Raimundo Saporta in 1999. It wasn’t luck of the draw, but recognition that Real Madrid were the kings of Europe.

The most incredible final

Among the long list of finals that Real Madrid have been involved in throughout their history, the showdown for the ACB League in 2005 was one of the most unforgettable. With the Whites up against Tau, the sides' playoff series for the title went down to game five, which was played in Vitoria. It proved an even clash, but in the final minutes the hosts managed to pull away on the scoreboard. Holding an eight-point lead with 42 seconds remaining, their fans were already starting to celebrate the League. However, Madrid refused to give up, putting together quick attacks and good defensive plays to turn the match on its head. Alberto Herreros sealed a 69-70 final score with a three-pointer from the corner that went down in history, both for the title that it brought and because it was his final contribution as a basketball player. The Madrid-born small forward closed out his career as the all-time highest scorer in the ACB League (8,995 points) and became sporting director in the club's basketball section.

In 2006, Real Madrid handed over the reigns to Joan Plaza, who was the previous assistant coach. The result of this change was the assembling of a squad who swept through the ACB with players who are part of the club’s history, like Felipe Reyes (MVP in the final) and Louis Bullock. In 2007 Madrid also won the ULEB Cup, their first European title since 1997. Another of the season’s great successes was the incorporation of youngster Sergio Llull.